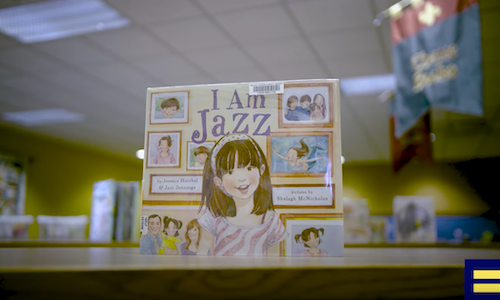 How Two Moms Took on Trolls to Support a Transgender Kid

Mount Horeb, Wisconsin, is the troll capital of the U.S. -- literally. (Look it up!) It's also the location for an extraordinary story of a town banding together to lift up an LGBTQ child.

The National "I Am Jazz" School and Community Readings are an annual event hosted by HRC's Welcoming Schools program in recognition of the first "I Am Jazz" reading in Mount Horeb. In 2015 after a school in the Mount Horeb area cancelled a reading of the book after anti-LGBTQ group Liberty Counsel threatened the school with legal action, parents, children and school staff came together and filled the Mount Horeb Public Library with nearly 600 people who gathered to show their support for transgender inclusion.

"I Am Jazz" was written by Jazz Jennings and Jessica Herthel and is a first-person account about being transgender. This groundbreaking book is often used by schools and families to help children understand transgender youth and adults.

According to HRC's post-election survey of 50,000+ young people ages 13-18, about half of transgender youth reported feeling hopeless and worthless most or all of the time, and 70% said that these and similar feelings have increased. Thirty-six percent had been personally bullied or harassed, and 5% had changed their self-expression or future plans because of the election.

At a time when transgender and non-binary youth are increasingly marginalized, we wanted to share this incredible story to have more people sign up for the "I Am Jazz" Readings than ever before.

After great success with HRC's Parents for Transgender Equality video series, we knew that this story would resonate with our audience, members and supporters and decided to invest time and energy into creating a very special video to urge people to support transgender youth when they need it the most.

HRC traveled to Mount Horeb, Wisconsin, several times since the reading in 2015 to get to know the families and town. Based on these experiences, we identified key players and worked with them to create a powerful message for our video. We filmed the video in Wisconsin followed by weeks of video editing and development.

After having viral success with Upworthy for HRC's Parents for Transgender Equality video series, HRC's communications team pitched the video as an exclusive to Upworthy.

In conjunction with the video, HRC wanted to give advocates and allies the resources they needed to sign up to host an "I Am Jazz" event in their community, whether in a school, a library or even their living room. HRC offered a digital organizing kit and provided resources, tips, checklists and more.

HRC drafted diverse content to promote the video on social media, including digital advertising. We worked with Upworthy to release the video a week before the National "I Am Jazz" School and Community Readings. We shared the video with HRC's staff and email lists, our coalition partners and HRC members and supporters, such as our Parents for Transgender Equality Council and our HRC Youth Ambassadors. The video was pushed out dozens of times on social media to help promote the "I Am Jazz" readings.

The Trolls video was the most successful post on HRC's Facebook page in 2017 with 12 million impressions and 3.1 million views, and the video has more than 5 million views across different digital platforms.

Most importantly, the video worked — it resulted in hundreds of readings around the globe. This year, we had 404 readings, which quadrupled our numbers from last year. Readings were held in 173 in schools and 206 in local communities — mostly in libraries and some community centers. The numbers in libraries really grew this year because of video, which talks about how easy it is to just reserve a room in the library and hold an event. Some libraries even sponsored their own events!

For the first time ever, our readings went global! In addition to occurding in 42 different states in the U.S., they also occured in Argentina, Zimbabwe, Guam, United Kingdom and Canada.

In schools, readings were usually done in elementary schools — a direct correlation with the video. There were also at least seven Facebook Live events or video readings in Nevada, Kansas, Wisconsin, Texas, Massachusetts and Zimbabwe. 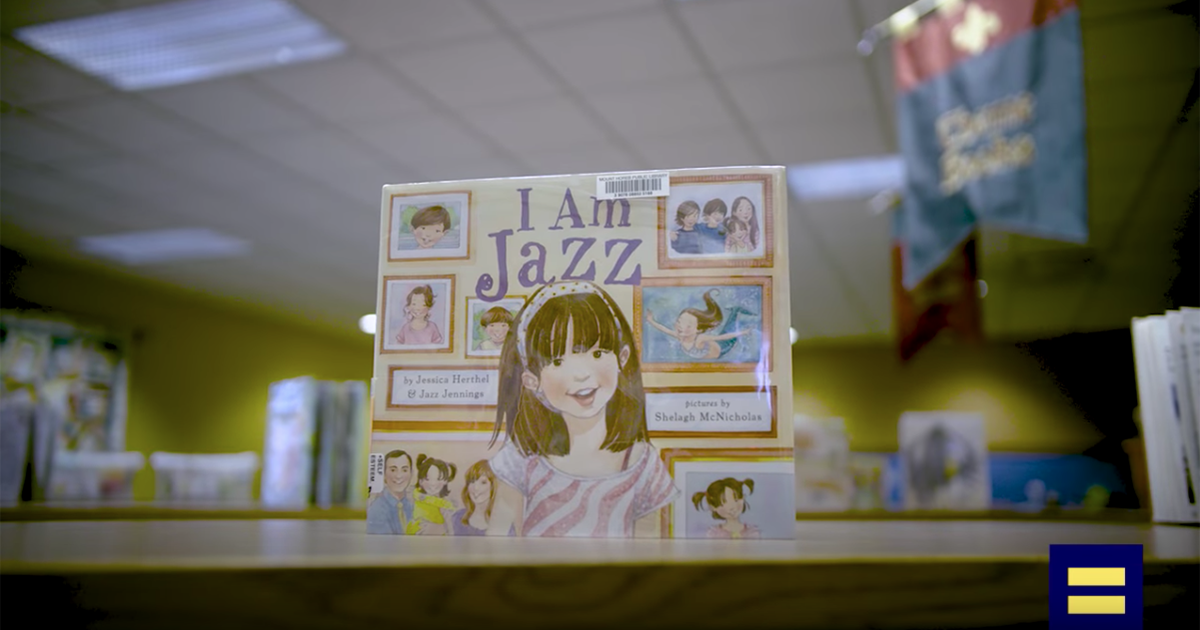