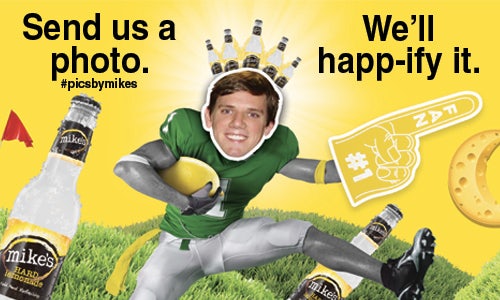 If there's one thing happy people and mike's hard Lemonade drinkers have in common, it's that they live, work, play and drink on the bright side. That's because sad people don't drink mike's – no one drowns their sorrows in hard lemonade. At least, that's what we've learned this year when researching mike's consumption trends. However, after almost 20 years on the market and leading the flavored malt beverage category, mike's continues to see a very narrow brand perception from consumers – it's still considered a drink for young people and women. So, in 2017, we launched the "Drink on the Bright Side" campaign in order to shift brand perception among millennials. By aligning our products with the feeling of happiness we sought to create an emotional connection with consumers. As the happiest alcohol beverage on the planet, this campaign would inspire favorite times with creative and fun visuals that evoked happiness, all in the language of our millennial consumer.

But, let's face it, 2017 was a downer. As the amount of negative news and haters we saw on newsfeeds and timelines continued to grow, we set out to infuse more happiness in the mix, and in a uniquely mike's way.

We looked to deliver happiness to as many fans and consumers as possible, while still providing them with a personal and customized experience. It was our goal to shift consumer sentiment from negative to positive in our efforts to bring fans to the bright side.

As the beverage that compliments your favorite times, in your favorite occasions and with your favorite people, mike's hard Lemonade is rooted in sociability. Knowing that our consumers spend more than 7 hours a week socializing online and on social, we decided to turn to the internet to find out what makes mike's drinkers happy and brightens their spirits. We were inspired by a growing obsession with memes and Photoshop battles as an expression of creativity and fun with no rules. Lastly, we took into account that 3 out of 4 consumers are more motivated to buy from a company that personalizes content, so we knew this program had to be custom fitted to each and every one of our fans. Thus, mike's Happify contest was born.

The upcoming holiday season was the perfect time to reward our fans for engaging with mike's. Over the course of one week in December, mike's engaged fans on Facebook and Twitter, asking them to share with the brand their happiest snapshots. We spread cheer by using these photos to "Happify" our fans, transporting them into a photoshopped world of their favorite times and moments – a celebration of all things that make our fans confidently happy. Knowing that we wanted to make it as personal for each fan as possible, we scraped the social profiles of each individual, learning about them and what makes them happy, so that we could create images that celebrated each of their personal interests. We then created an image that was unique and custom. Winners received their Happified image right back on their original comment, with a custom note from mike's

We knew that the contest had to be as disruptive as possible to break through the clutter. So, like mike's, we chose to take a non-traditionally-traditional route – we delivered prizes back to our fans not only online, but we also placed high-impact billboards of fan's Happified images in their hometowns, as well as created custom printed keepsakes of their Happified image on swag items that we delivered to their front door.

Because 92% of consumers trust recommendations more than ads, we seeded out our contest with social media influencers and turned to Photoshop expert @averagerob to join in on the Happified fun and create his own custom images for fans on his channel. Not only did this infuse happiness into the timelines of an exponentially larger population, it also encouraged more fans to enter to win and improved the credibility of our message through an organic audience. In doing so, Happify become a multi-channel program that thrived beyond the confines of digital media and mike's became the first flavored malt beverage to include real consumer images in a cross-channel campaign. 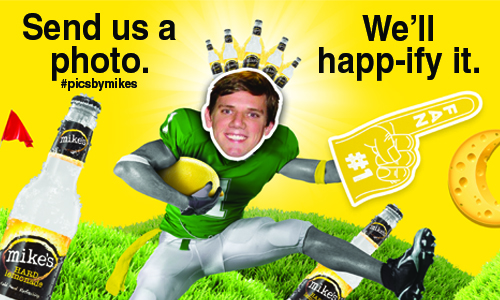 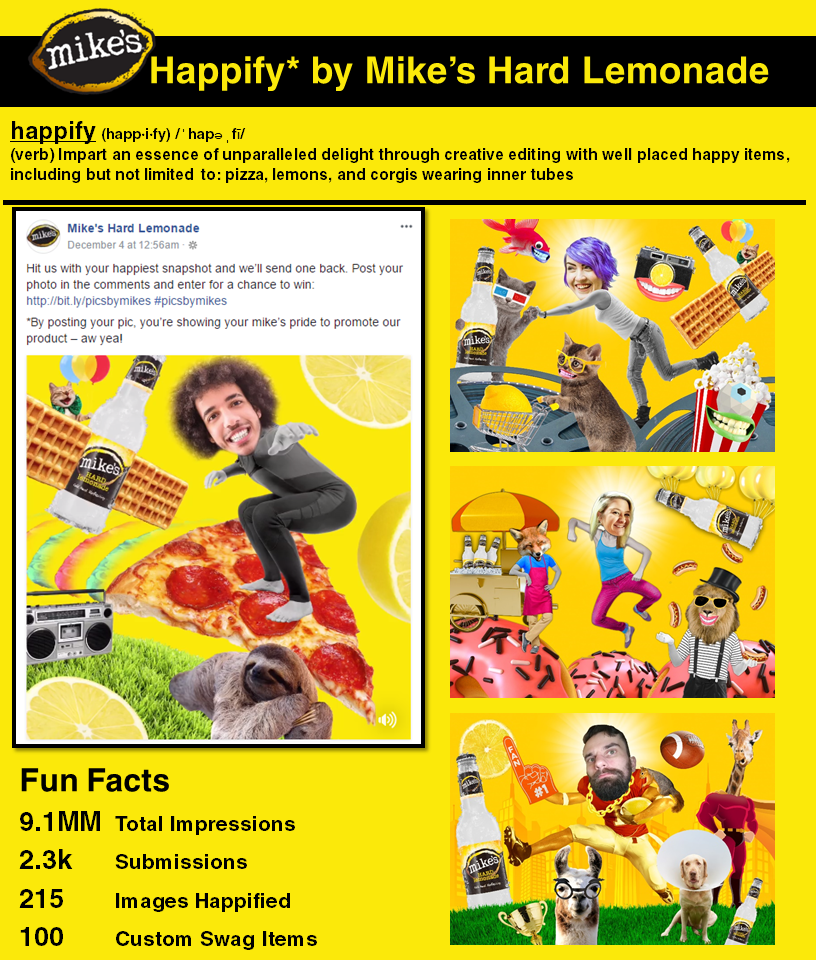 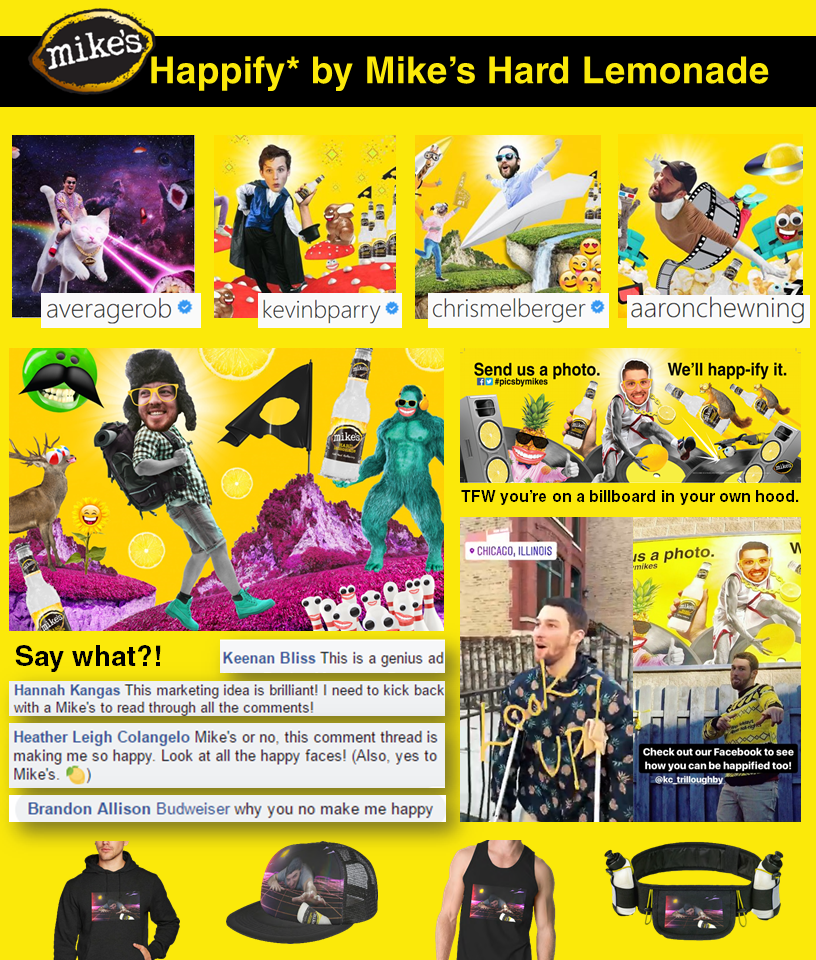