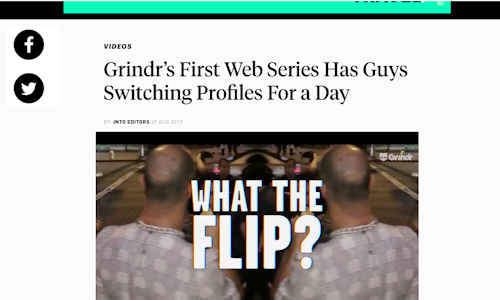 Grindr's What the Flip?

Educate the community through Grindr's first ever web series exploring racism, ageism, and other forms of discrimination on dating apps with an easy social experiment. "What the Flip?" exposes the way we talk to each other, the good and the bad. But it also reminds us that we're still human, and that we can do a better job of how we represent ourselves in the mad rush to connect.

The social experiment in "What the Flip?" dealt with race, ageism, and more on dating apps, all with one genius switch. "What the Flip?" exposed the way people talk to each other, the good and the bad through dating apps. But it also reminds us that we're still human, and that we can do a better job of how we represent ourselves in the mad rush to connect.

Dealing with subjects like race and age, the debut episode is hosted by Billy Francesca and aims to open the conversation around the "discrimination problem that has run rampant on gay dating apps for a while now." The first episode of the four part series has a White man and Asian man exchange Grindr profiles to experience a day in each other's shoes. The results will be surprising to some, and not so much to others. Host Billy Francesca injects attitude into the proceedings by getting frank (and sometimes hilarious) comments from revelers on the streets of WeHo, along with some eye-opening discoveries from the profile switchers.

Through Grindr's four part video series, 'What the Flip?' educated the community on the proper way to communicate with others on dating apps. While the episodes are simple and short, it expresses a higher message and points out a very true and crippling problem with the LGBTQ community. 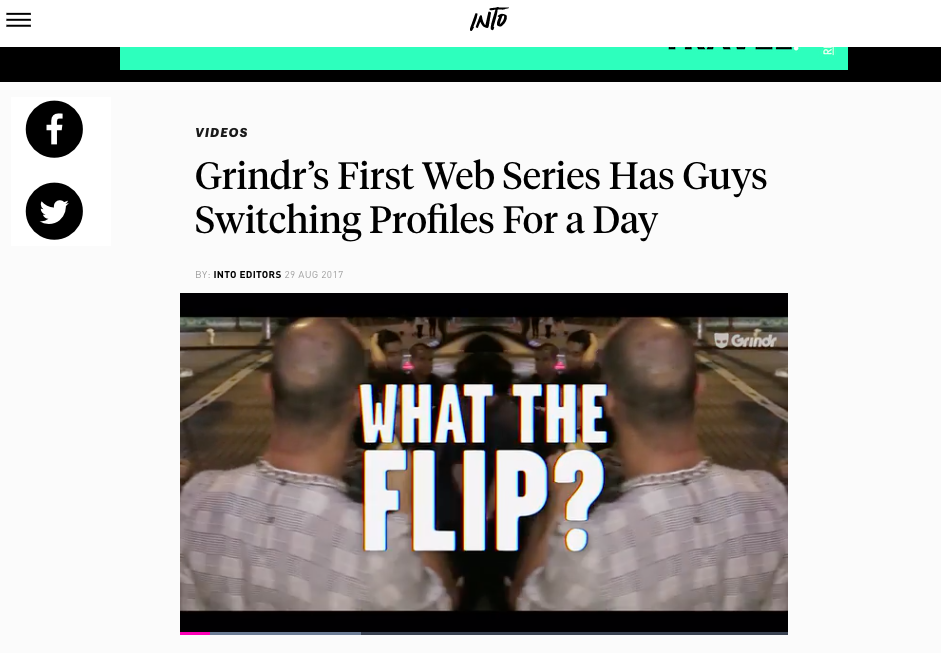