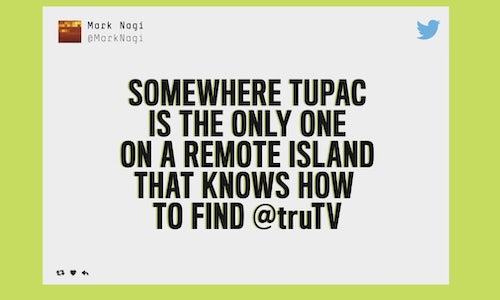 We live in strange, dark times. The internet and Twitter (and other places) are teeming with bullies and trolls trying to score cheap laughs off the innocent. And we at truTV are not immune. In fact, we find ourselves victims of the same lame jokes year after year. So we CLAP BACK.

truTV has aired the opening rounds of March Madness since 2011. Yet some in the Twitterverse still mock, ridicule and otherwise tease @truTV: They can't find us, we aren't worthy to broadcast their precious games, blah, blah, blah. Which is neither funny nor accurate. Today truTV is home to hilarious, critically acclaimed comedic programming.

That's why we invited the Twitter trolls to bring their A-game. Wanna troll @truTV for airing college basketball? Try being funnier. Our brand goal was to counter outdated perceptions by transforming these conversations and showcasing our comedy content and talent – and roasting the occasional dudebro.

Strategy: just be funnier (than the haters). More than a challenge issued via our Promoted Trend, the entire creative effort drew upon dozens of comedy writers and performers to prove the power of our comedy brand in real-time. Our talent riffed and responded, producers created video posts, designers crafted meme-ready replies, and our comedy Writers Room rewrote lame insults on the fly to repost funnier replies – out-trolling the trolls.

With the help of our talent, we took the opportunity to co-opt, respond and curate conversations to deliver engagement, video views, and positive sentiment.

We wanted to shape brand perception of truTV via our messaging on Twitter, and create a campaign approach that put the spotlight on our content and our talent.

Five days before tip-off we called out top influencers, tagging with #FunnyCauseItstru, our Promoted Trend. We posted video content and talked in real time about truTV. Every #FunnyCauseItstru hashtag included a custom Twitter emoji with the "TV" circle from truTV's logo. We retweeted many of the funniest, while clapping back with our own burns, punched up jokes, hundreds of video content pieces, and thousands of personalized replies.

Our real-time response social war room of 30+ folks used hundreds of video, animated and gif-based creative units, crafting customized responses and relying on continuous optimization to deploy the most impactful. Over 7 days, we responded to 30,649 unique Twitter authors, blowing away past benchmarks for real-time engagement. We designed for mobile, since the vast majority engages via mobile (+96%). This year's campaign drew upon a full palette of potential responses, with each group of creative units designed for specific Twitter channels. 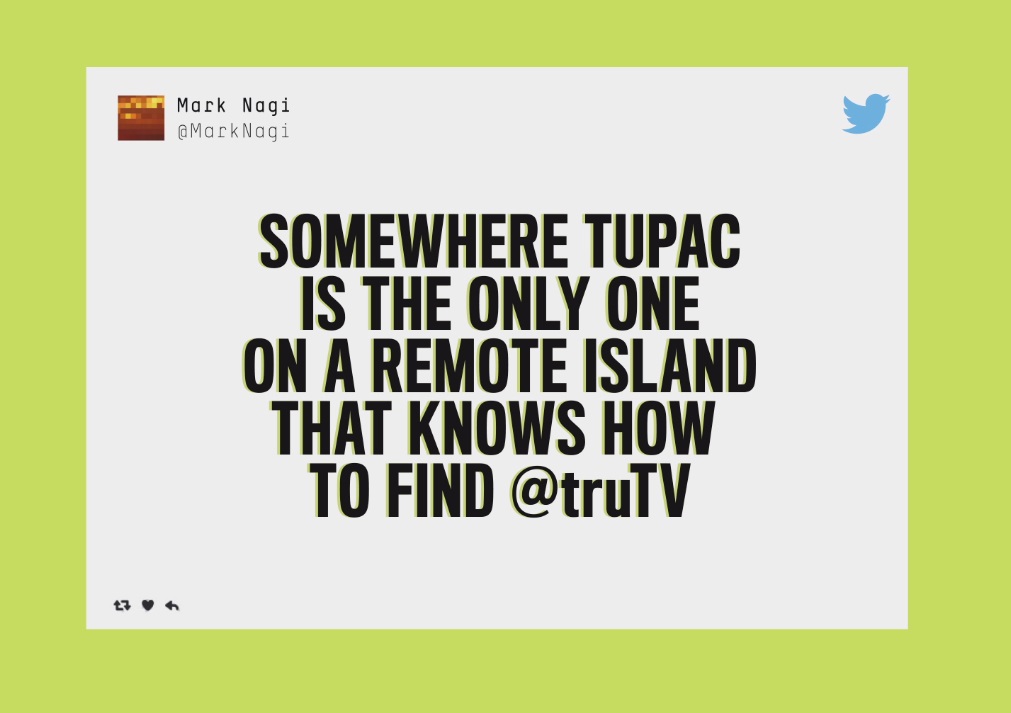