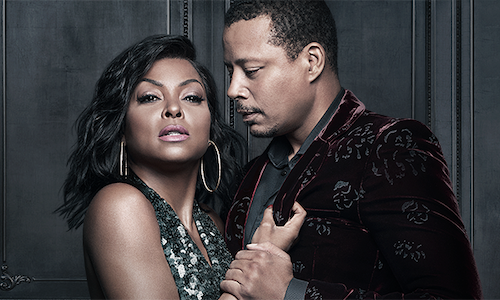 Coocious, aka Cookie and Lucious Lyon, were back in full force for Season 4 and it was time to get even more personal with our fans and viewers. With Empire having one of the most dedicated fanbases ever, we crafted a social campaign that would serve up that quality tea that fans all over the world would continue to be obsessed with.

Our goal was to take viewers to a customized personal level of the Empire world with an exclusive BTS photo-led Instagram account, heavy use of multi-platform polls, unique promo videos, and event coverage that lit up users' timelines worldwide. With the Empire storyline getting juicier than ever, we aimed to make Wednesday nights the hottest party in television.

Thanks to our craftiness, Empire entered the 2017-2018 season holding the position of the No. 1 most talked about regular broadcast primetime entertainment TV show, in terms of average social TV interactions/episode on Twitter and Facebook combined.

So how does one have the most lit party on the block for Wednesday nights?

As the season was currently filming in Chicago at the time of premiere, we crafted our Instagram Grid and Stories to have fans be part of the BTS experience with exclusive photos and videos to feel as though they were on set with some of their favorite cast members.

Fans were clamoring to see their beloved Coocious reunite this season, so we presented them front and center throughout our socials with an exclusive key art series that was the definition of #Goals.

Wednesday nights with Empire is where it was at, and we made sure the whole world knew about it with our live tweets on both coasts, multi-platform polls, and unique videos such as OMG moments and sneak peeks to keep the conversation flowing week to week. Our amazing cast consistently encouraged fans to join in on the fun each week with tune-in videos and invitations to live-tweet with them. Post-episode each week, we strove to provide reactionary content that would keep viewers engaged and coming back for more.

Through our unique efforts, Empire garnered a total of 454 million unique social engagements surrounding the Season 4 premiere across all digital platforms. Social conversation for the Empire fall finale in December drove the show to big TV ratings, with Twitter chatter totaling 922,048 impressions and 71,869 engagements throughout the night alone.

Our owned social creatives saw 118.7M video views and 12.6M engagements alone and continue to grow as fans catch up before the second half of Season 4 premieres in March. Family sticks together no matter what, and this season we proved that in our social campaign by connecting personally with our fans and showing them that every Wednesday night and beyond they are part of the Empire family.