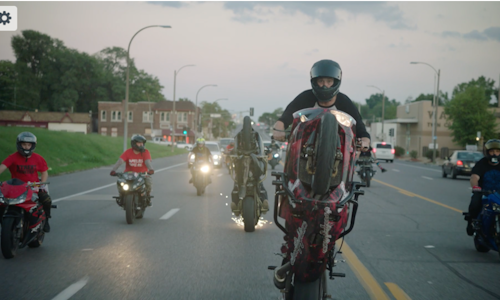 The word "biker" traditionally conjures up images of Harleys, biker bars and black leather, but the modern-day street biker is none of these things. Today's bikers don't mix drinking with riding, they prefer small fast dirt bikes and they are often dressed in colorful outfits. The one commonality between the bikers of yesteryear and the ones you see on the road today is their legality. Today's biker still lives on the edge of the law. The goal of the modern-day biker is to commandeer highways, bridges and tunnels to perform illegal stunts and then quickly disperse to avoid detection by law enforcement. Our goal with the "Delirious" was to find these riders and shine a light on their subculture by documenting their activities and their impact on the community at large.

To gain access to the illegal stunt biking community, we had to identify the key players. Our research revealed that the epicenter of the stunt biking world was St. Louis, Missouri, and that a group of riders, The Streetfighterz, were the founders of the scene.

Rated Red's documentary team was dispatched to St. Louis to hang out with the riders and quickly gained their trust. Our team was given an all-access pass to their rides and hangouts. After spending time with the riders, we noted the joy and excitement they bring to the streets of St. Louis – the second most dangerous city in the U.S. Rather than watch in terror as these bikers commandeered their streets, the locals greeted them with open arms and fanfare. We decided to embrace this element and showcase that joy. We wanted to show that while their riding was illegal, the stunt bikers bring a sense of community and playfulness back to the streets.

The 26-minute film has amassed over 200k+ views on YouTube and has earned rave reviews from stunt riders and non-motorsport fans. The magic of "Delirious" is that it is imbued with the same joy that the riders give to the streets of St. Louis. And while the film embraces their fun, it does not shy away from the stark realities with which the bikers must contend. While some of the featured bikers are concerned about their aging bodies and the demands of stunting, other riders featured in the film have lost limbs and sadly, one lost their life. The film is a poignant testament to the plight of the modern-day biker and the happiness they bring to the streets. 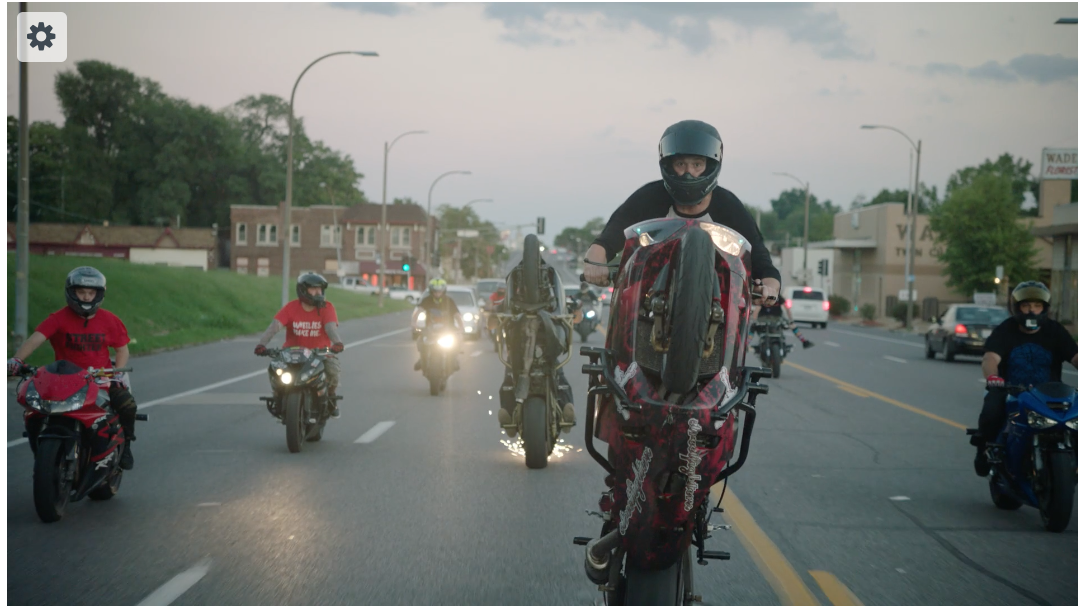 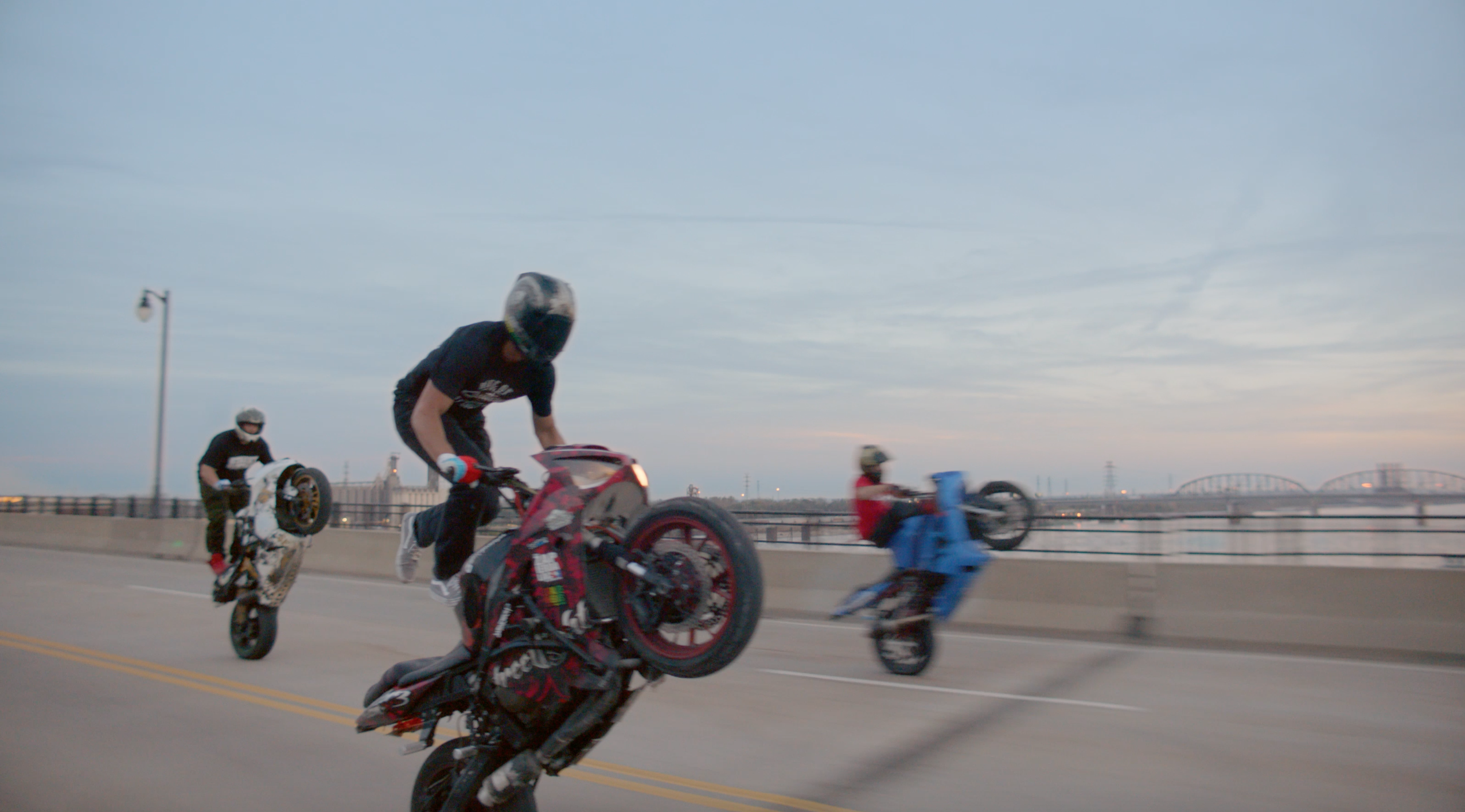 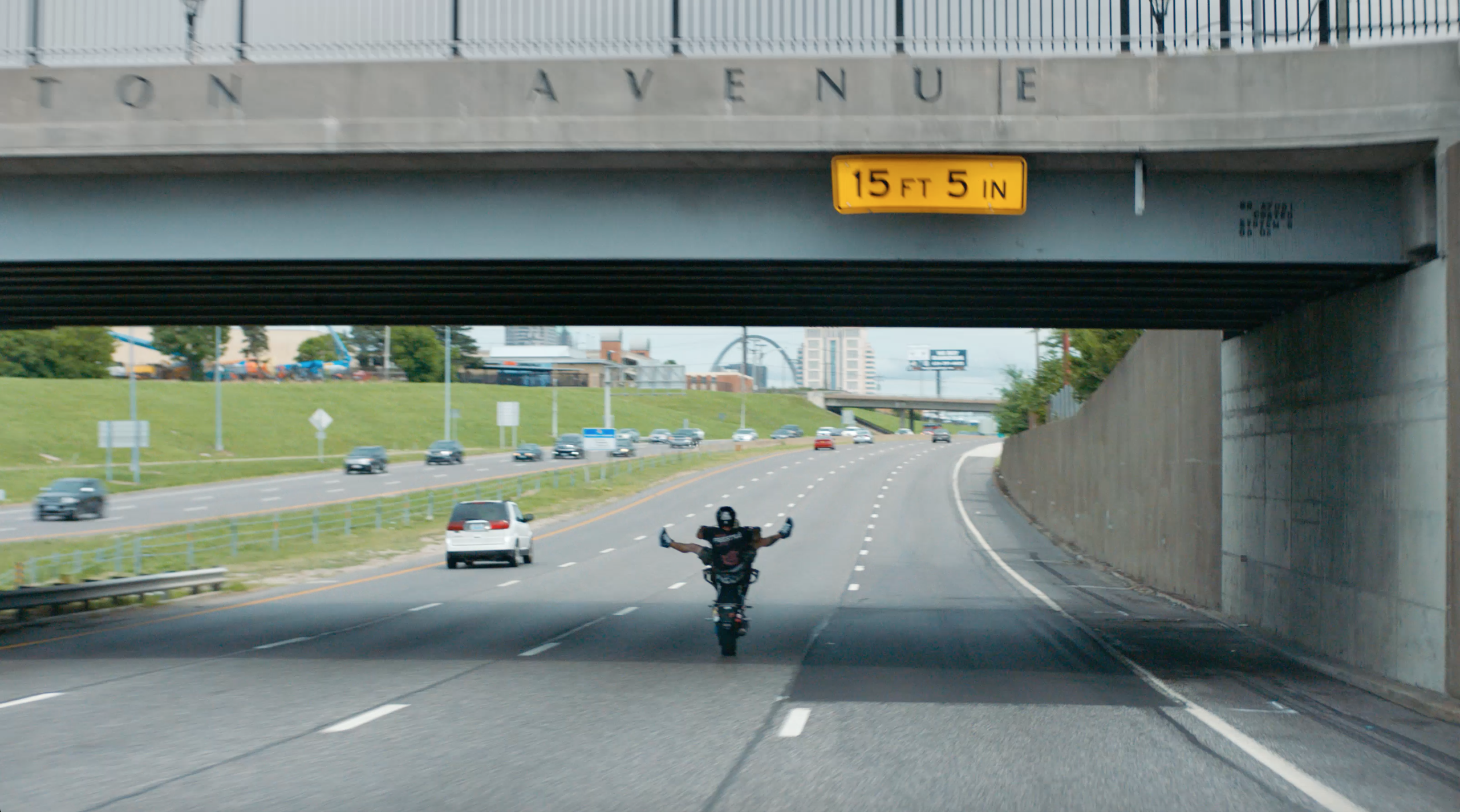 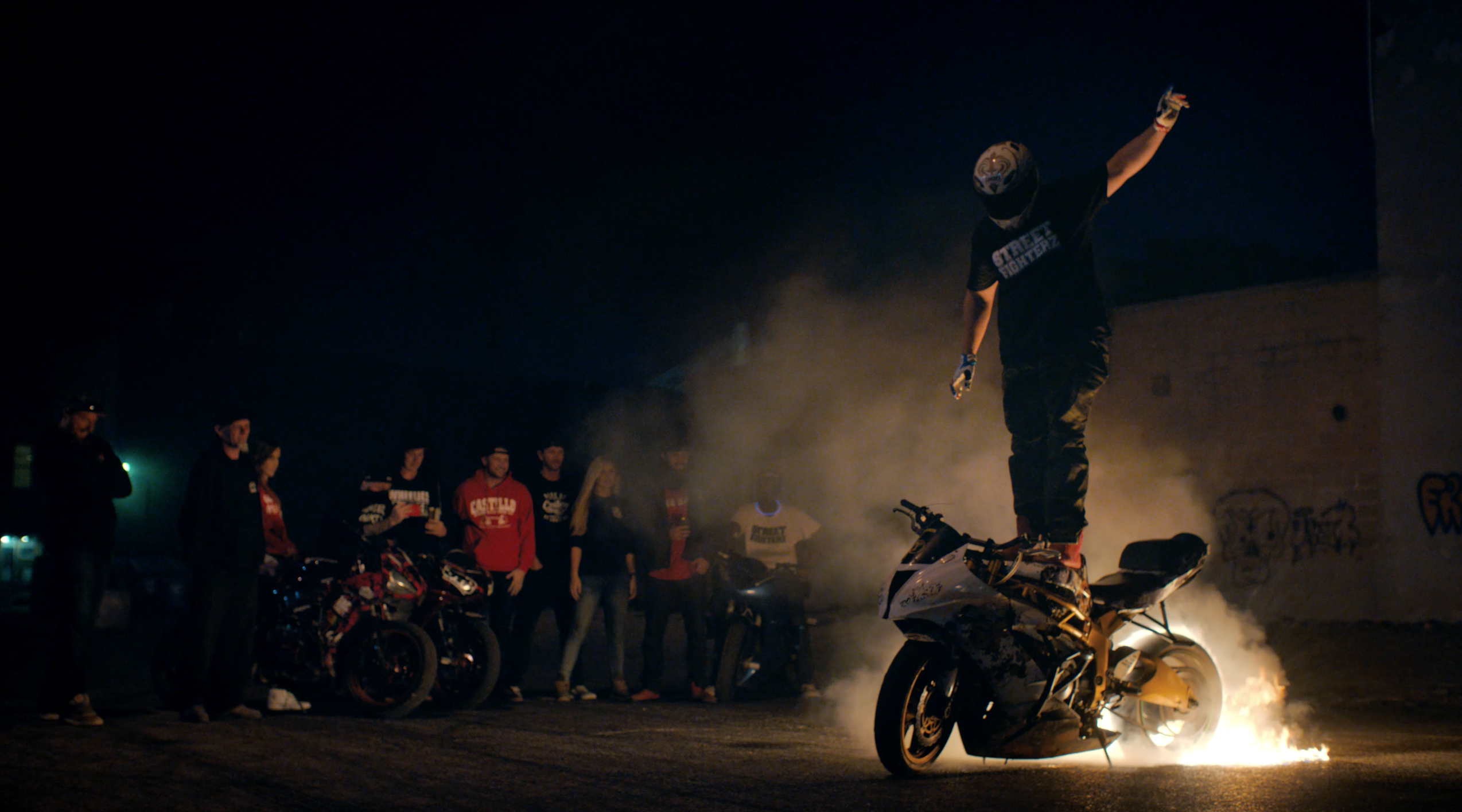