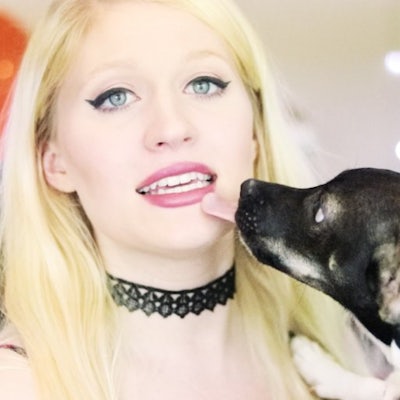 Hannah Noble, aka Cybernova, plays by her own rules. That’s because she uses the popular program Roblox to map out and build her very own online multiplayer games. Over the course of 2017, Cybernova focused less on games like The Sims and Minecraft, instead shifting her attention to creating worlds of her own, often based on film or television, like a Dancing with the Stars-style competition. In addition to growing her YouTube account by over 150K subscribers in 2017, the blonde gamer released her most popular video yet, “JOKER Cheats On HARLEY QUINN with TESSA BROOKS! Roblox,” which received 1.2M+ views. Claiming to exist “Somewhere between this dimension and the next,” Cybernova still luckily posts on this universe’s YouTube.