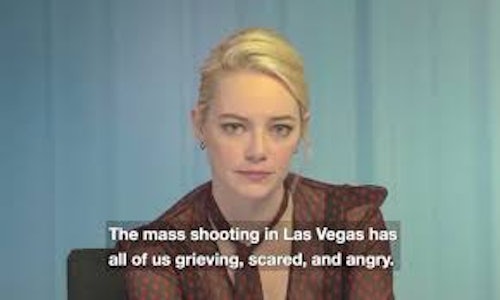 Audience Honor in Call to Action

After a tragic mass shooting, it's all too easy to give in to despair and believe that lethal acts of violence are simply part of the American experience. But that's not true. As this last year has shown, many times over, the voices of the American people matter — and can change what's happening in Washington D.C.

So after the horrific carnage in Las Vegas on October 1, 2017 — the largest mass shooting in modern U.S. history — Everytown for Gun Safety quickly assembled some of our most beloved and effective creative influencers and communicators to show exactly how to take meaningful action. Julianne Moore, Emma Stone, Melissa McCarthy, Adam Scott, Bill Hader, Sheryl Crow, Zazie Beetz, John Slattery, Cynthia Rowley and Zac Posen, among many others, urged Americans to call on Congress—and showed them, step by step, how to make the call and what to say. The goal: To give viewers a simple road map on the best way to take political action on gun safety.

Many cause videos feature a celebrity telling the audience what to think. This video does something quite different; it presumes viewers want to take a stand in favor of gun safety, but just don't have the right tools to do so. This video, produced by noted film and TV director Bart Freundlich, shows Americans how they can call lawmakers to reject NRA-backed measures that would leave Americans far more vulnerable to gun violence. The message: Reaching out to your elected officials and making your voice heard couldn't be easier - you can do it in your car, your home, on the go, and it only takes a few minutes.

In an extension of the campaign, Everytown joined forces with the Standard Hotel in New York, which features an innovative Ring Your Rep phone booth with a direct line to the U.S. Capitol switchboard. Everytown both provided a version of the call script from the video for everyday use in the phone booth, and held the video launch at the Standard. At the event, dozens of attendees—including Julianne, Kyra Sedgwick, and Gina Gershon—made their own calls to Congress to promote gun safety.

The video has received 1.3M views and received extensive media coverage (Vanity Fair, CNN, Los Angeles Times, Entertainment Weekly, etc.). The initiative helped drive thousands of calls directly to Congress in the last six weeks of 2017, showing how unpopular and toxic a yes vote on these bills is for elected officials. 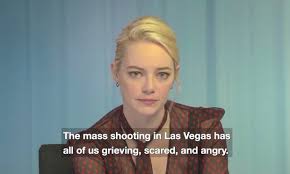