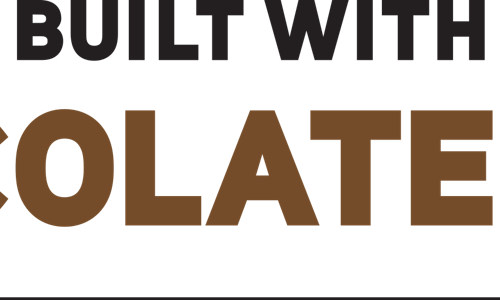 After decades of declining milk consumption, published research identified a new usage occasion for chocolate milk: as an effective beverage for helping active adults recover after strenuous exercise. Recognizing this opportunity to engage with a new audience and drive sales of flavored milk, the BUILT WITH CHOCOLATE MILK (BWCM) campaign targeted a different group of consumers, and turned what was historically regarded as a kid's beverage into a credible recovery beverage for serious adult exercisers.

Since 2006, there have been more than 20 published studies that support the benefits of recovering with the high-quality protein and nutrients in chocolate milk after a tough workout. Researchers recognized that chocolate milk had a 3:1 carb-to-protein ratio, which experts say is important for recovery. Focus groups conducted among adult exercisers showed that they are hungry for information about the science of recovery, so it was important to weave science into all communications, giving credibility in the post-exercise recovery space, and differentiating chocolate milk from its competitors.

To maximize the resonance of the campaign among our target, we set out to:

In order to reinforce and reposition chocolate milk as a credible recovery drink for serious exercisers and breakthrough in a cluttered and highly competitive sports beverage category, we implemented the following strategy:

We engaged more than 238K adult exercisers at Rock 'n' Roll Marathon races across the country, sampling more than 212K bottles of chocolate milk to help them recover post-race.

Approximately 55% of adult exercisers (ages 18-49) surveyed stated that they were aware of the BUILT WITH CHOCOLATE MILK campaign (Radius research, Q4'17).

A post-event survey, conducted by Rock 'n' Roll, showed events continue to be the number one source of recovering messaging for athletes, with news stories (including articles and blogs) and advertisements as subsequent channels. Overall, 84% of athletes have heard of the connection between chocolate milk and post-exercise recovery.

Campaign awareness has had a positive effect on chocolate milk demand and consumption. According to the latest sales data, chocolate milk volume in IRI tracked retail outlets grew almost 4% in 2017, building on an unprecedented 4 years of consecutive growth since the campaign's inception.

The Rock 'n' Roll post-event survey also found 50% of athletes consume chocolate milk as part of their post-exercise recovery, which is up 20% from 2013.