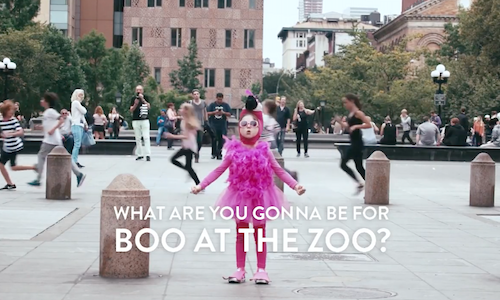 Bronx Zoo Boo At The Zoo

When it comes to Halloween, New York City does not mess around. The city that never sleeps takes its ghouls, ghosts and goblins very, very seriously. So when the Bronx Zoo asked us to help them get more visitors to come up to their annual Halloween event in the Bronx, we knew we would have to reach into our bag of habit-changing tricks and pull out something scary good.

Boo At The Zoo has been a Bronx Zoo tradition for years. But attendance had been down the last few seasons. Sure, some still made a point to make the trek with the kids every year. But our research showed that many people – including the hard to reach influencer crowd, a major source of inspiration when our priority target segments (people who seek the newest, most FOMO inducing activities, and those who are excited by cultural enrichment) are looking for new, exciting NYC experiences – didn't know too much about Boo.

So we built a campaign that would Inspire Action by bringing a new level of anticipation to Boo At The Zoo while making it relevant to a whole new audience. We started by giving a new twist to a familiar Halloween question… What are you going to be for Boo at the Zoo?

First, we introduced Flamingo Girl - Our adorable little spokesperson. She's so excited about Boo At The Zoo that she's already wearing her costume and giving free costume advice to everyone she meets.

New Yorkers saw Flamingo Girl everywhere. Her spunky personality made her a sensation on Facebook, Snapchat, Instagram, Display and in targeted digital out of home placements.

And we didn't stop there - we wanted to tell people more about the event and inspire costume ideas throughout our ad placements. The campaign flooded the market throughout the entire month of October - showing up on Facebook, Instagram, Trade Desk, Yahoo Native, Yahoo & Google Search, Pandora Radio, sponsored interactive online quizzes and website takeovers on influential New York websites like Time Out, Metro, Mommy Poppins, and Gothamist.

But if we really wanted to make an impression on the most influential New Yorkers—and consequently on our key target segments—and give them a fresh perspective of the Bronx Zoo, we were going to need to do something a bit more unexpected.

We invited people from all around New York to come try on animal fascinators, masks and wings curated from artists the world over. By getting the attention of New York's trendsetters we generated word-of-mouth across our target audiences, and quickly surpassed our visitation goals.

We gave visitors free henna tattoos and we painted their faces with animal themes. We even had an animal-spirit tarot card reader from the Omega Institute. And many used our photo booth to document the experience, spreading the word (and our #bronxboo hashtag) to their followers.

We even held a contest, where we asked people to share pictures of themselves wearing our one-of-a-kind curated costumes on social media for a chance to win awesome prizes.

And of course, Flamingo Girl stopped by.

Overall engagement of our 360 campaign was high – with engagement rates above the industry standard at 21% on social.

In just four days, over 1,000 people experienced the Boo-tique. Those who attended, helped spread the word through social media, giving us almost a half a million online impressions. We tracked brand sentiment through Netbase before and after the event and found that there was a 64% lift in people talking about the zoo on social media during the Boo-tique, 100% of which was positive.

Out of the 260 people who took amazing selfies on our fancy photo booth, we randomly chose 17 lucky winners who were sent a custom animal mask, limited-edition t-shirt and special discount code for Boo At The Zoo.

And then on November 1st, while everyone else was counting candy bars, we were counting the rest of our results. And they were delicious. The Bronx Zoo had their best Boo At The Zoo in five years. Despite one of the rainiest Octobers in years, attendance was close to ten percent higher than the 5-year-average. And, best of all, tons of Boo at the Zoo attendees dressed up in costumes, making every weekend in October that much more enjoyable for everyone. 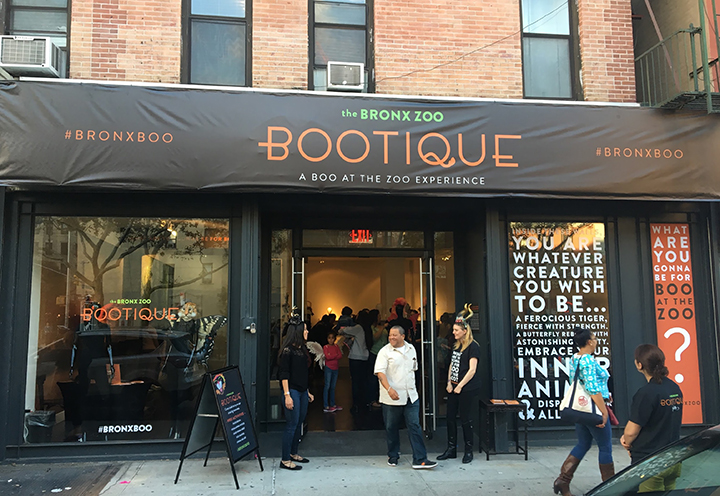 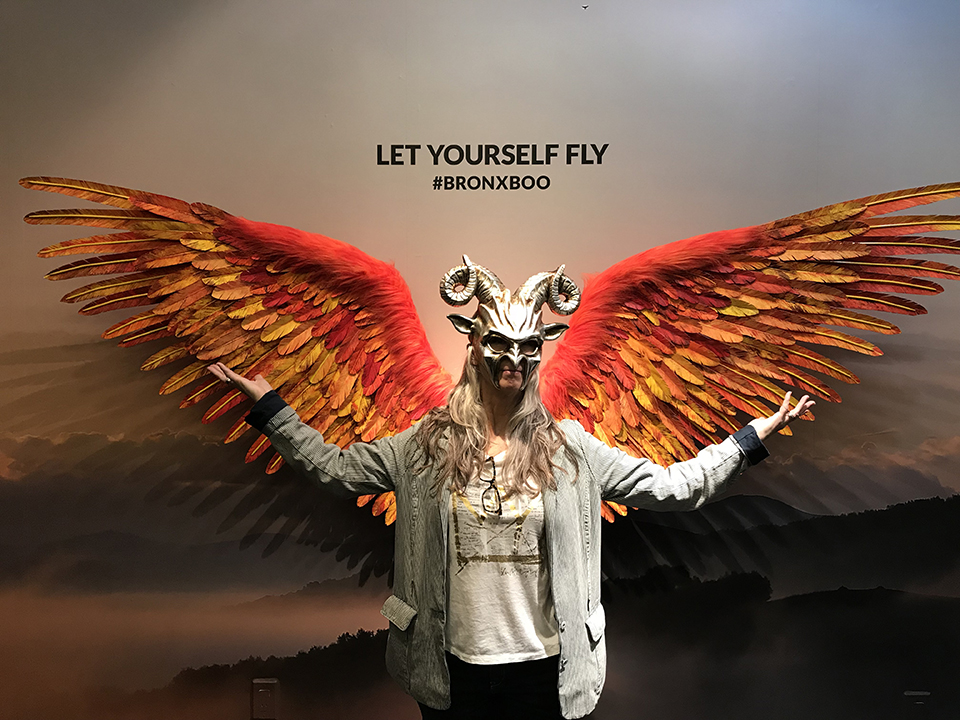 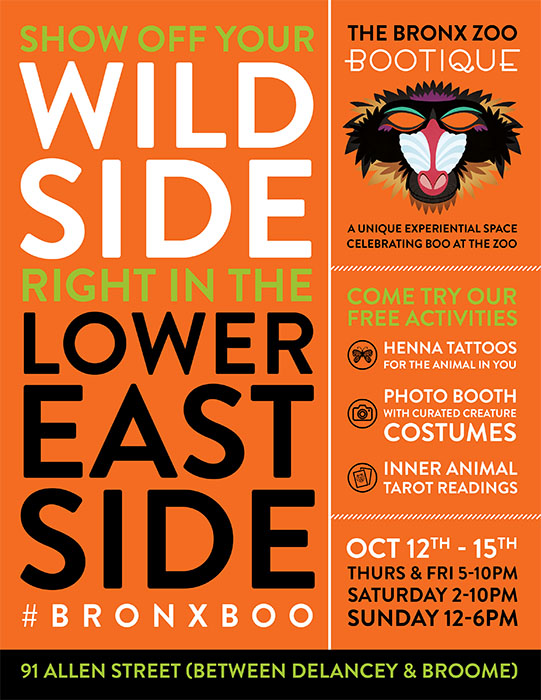 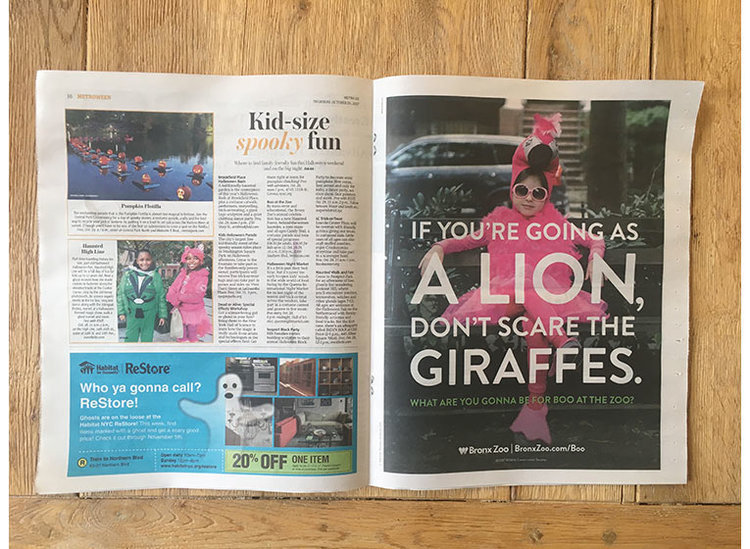 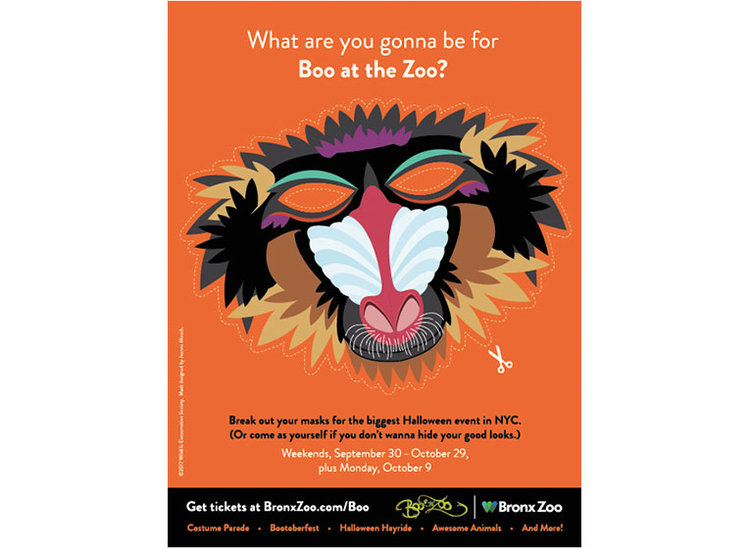 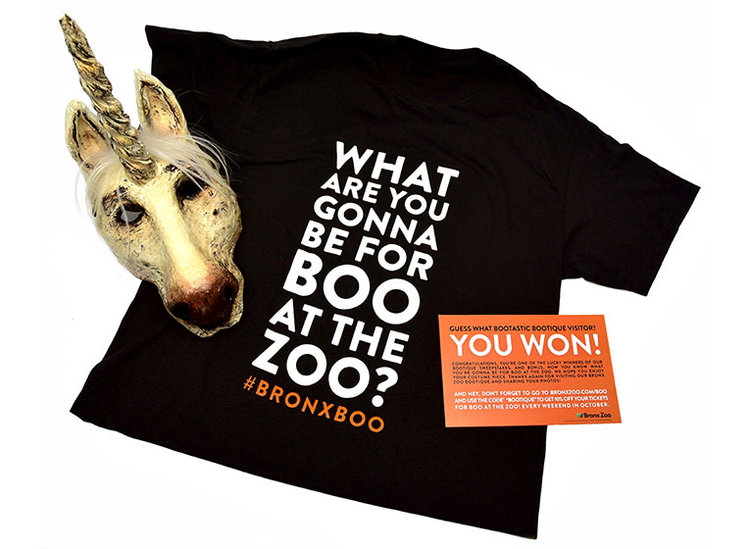 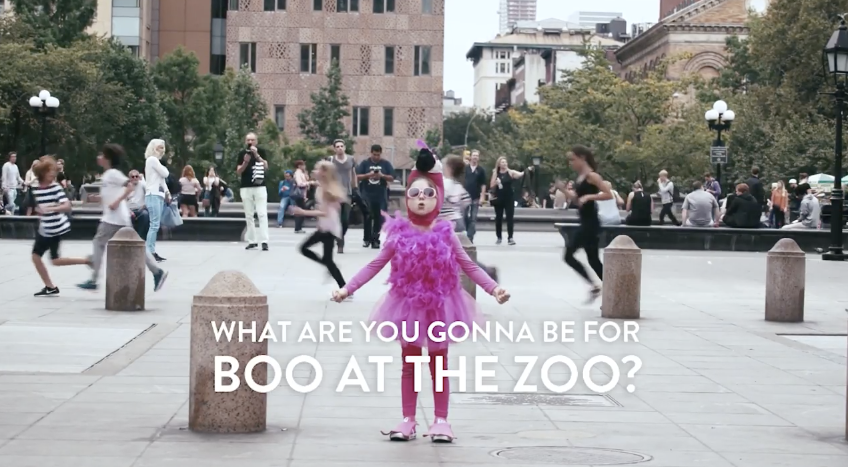