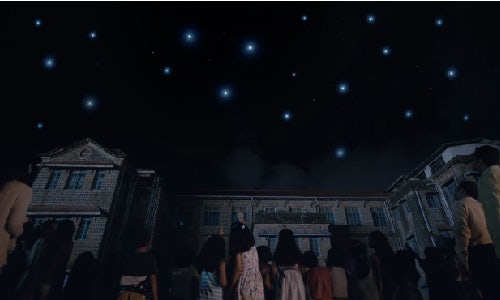 Bring Back Our Stars

India has been on red alert for being one of the most polluted countries in the world. It's evident from the smog that envelopes our cities every winter, affecting visibility and compromising health.

There was a need to create conscious awareness about pollution and a way of imparting it so that people are sensitive to the environment and contribute in their own little way to the collective wellbeing of the nation. We wanted to pass on this awareness to the nation at large, right before the festival of lights, Diwali. A time when, the nation is together in celebration, we wanted to provide a platform for collective awareness.

While environmental outcry had become a common point of dialogue for everyone, we didn't want to add just another comment to the discourse. Our statement against the problem would have to be a demonstration of sorts. A demonstration of not only a better future but also a better network that we offer.

As a telecom provider we needed to impart a message for the well-being of the environment while riding on the strength of our network. Both objectives culminated into our one of a kind project, Project Starry Night. We wanted to show a dazzling night sky full of stars to children in urban cities who had never experienced this phenomena in its complete marvel. And by bringing the stars back for one night, we wanted to inspire people to bring them back for real.

We shot a video where we showed how we brought stars back into the skies for one night. Drones were sent up in the sky, carrying mobile phones powered by Airtel's network and an interactive software setup. Using our own technology as a force of goodness, we lit the skies with a display of stars and different constellations. What shone through was not only the strength of our network but also a reminder of the priceless starry treasures we're losing out on because of pollution.

The video started the much needed dialogue about pollution right before Diwali. We linked the video with an online pledge mechanism wherein users could spread the word and pledge for the wellbeing of the environment by logging on and submitting their pledge. The interactive microsite tracked the pledges that were received from people throughout. As a response to every user's pledges, Airtel promised to plant a tree in return strengthening the brand's equal and intense commitment to the cause.

Project Starry Nights quickly started gaining attention online. With people taking the pledge with us to bring back stars in the sky, the video started garnering likes and shares on Social Media and also made people take up the pledge.

We ran a video on social media depicting the on-ground activity while allowing people to login and pledge for a greener world and a world full of stars.

We used the festival of lights to not only tell a story of our network but also a story of hope, for lighting up the skies.

Video for Bring Back Our Stars 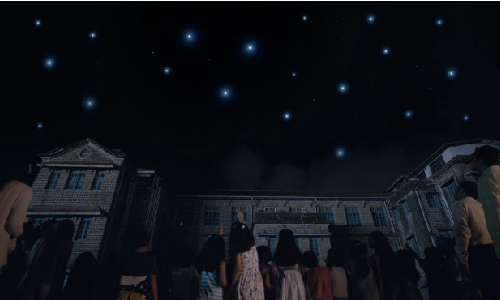