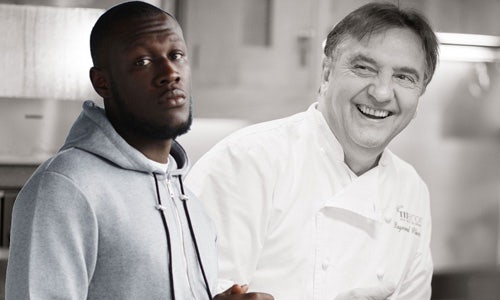 Facebook launched its "Live" function for everyone in April 2016 and GQ were quick to strive to capitalise on its various potential gains. These included the following objectives:

- To add an entire separate facet to the print-digital brand

- To grow the GQ millennial and Generation Y online audience, as well as various other potential new audience buckets

- To increase its overall Facebook following, likes and fanbase

From a management point of view, GQ also identified the opportunity for its staffers to broaden their individual horizons, learning live and social video production and editing skills, as well as the chance to grow more experienced and ultimately confident in video journalism and presenting.

A further goal was to find out in what ways we could use both the Facebook Live videos, and our learnings from them, elsewhere – as well as to ultimately decide whether Facebook Live was the best use of editorial resources.

Ultimately, the challenge was to increase GQ's online readership while retaining the tonality and exclusivity of its content, and without increasing headcount or budget. The Facebook Live initiative was commenced with limited production equipment and at a point when the function had only been recently launched on the social platform. We took a risk.

GQ's kick-off strategy was to demonstrate how dynamic and varied life at GQ can be, via behind-the-scenes Facebook Live videos. The brand would create live 'events' that resonated with our audience, engaged their attention and revealed another side of GQ that they would not have seen before, from the inside of its Vogue House fashion office and board rooms and even roof terrace, to the very best spot on its red carpet at the annual GQ Men of the Year Awards. The videos would then emphasise the full power of brand GQ's influence once off its own turf, in terms of the access it can attain, from backstage at Metallica's O2 London gig, to standing alongside Raymond Blanc and Wolfgang Puck in their kitchens as they chef, to chatting pitch-side with Wayne Rooney and Hector Bellerin. Rather than expect to propel website traffic via these videos, the aim was to drive likes, followers and reach – to grow our Facebook fanbase natively on the platform, rather than attempt to steer them away, with a long-game goal to create Facebook Live videos that would be sold as native commercial projects.

GQ ran its first Facebook Live within a month of the function being internationally rolled out. The very first video revealed GQ Contributor and vlogger influencer Jim Chapman along with then GQ Associate Style Editor Nick Carvell in the GQ Fashion Office, on-hand to answer the style questions of followers. The broadcast achieved a reach of 1.3 million with 632 comments, 62 shares and 238k video views. It was deemed a huge success.

But we began to learn lessons right from our first Live on ways to easily improve quality and engagement – such as ensuring your co-star talent shares the Live Facebook post as soon as you are live. We continually noted our learnings and shared them both with the GQ editorial and commercial colleagues that we training in 'Facebook Living' as we taught ourselves about it, plus other Condé Nast digital titles more broadly.

GQ's access to talent, from Tommy Hilfiger to David Gandy to Jared Leto to Zara Larsson, and exclusive events, from our own Men of the Year Awards to the Mercury Music Prize to Cliveden Literary Festival, as well as the creativity of the Facebook Live video content, ensures the brand sets the bar livestream entertainment in publishing. From a pancake day cooking session with chef Raymond Blanc and grime artist Stormzy, to a man being tattooed live on camera or an interview with Article 50 judicial review claimant Gina Campbell, the brand continuously publishes varied and exciting content to better engage with its digital following. British GQ has also worked across international titles via Facebook Live, producing a video for its brother title, GQ US, starring Baby Driver director Edgar Wright in London.

GQ's Facebook Live initiative has added a new component to the brand, carving out new audiences and revenue. With 170 Facebook Lives completed since May 2016, production quality has increased from a phone and tripod to lighting and gimbal mounts. Team members have had in-house and external video and media training, and are empowered to devise, commission and star in regular Lives.

The results prove that Facebook Live is a worthy use of resource. The risk paid off. 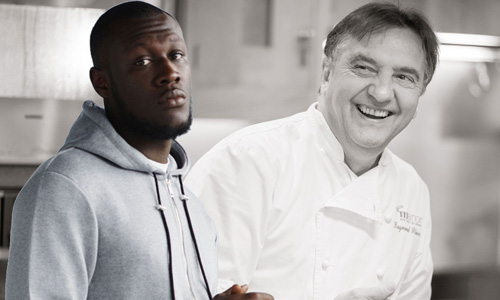