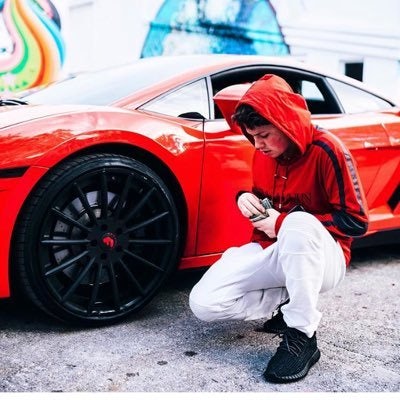 Ben Kapelushnik, better know as Benjamin Kicks, got really into sneakers when his mom bought him a pair of LeBron 9 Galaxy shoes in 5th grade. Only five years later, he was touring with @djkhaled as his personal sneaker guru. Now 18, the mogul-in-the-making from Miami is doing the same for performers like French Montana, Migos, and Travis Scott, earning him the nickname “The Sneaker Don.” When he’s not slinging limited-edition shoes on sneakerdon.com, he touts his wild adventures on Instagram and Snapchat to hundreds of thousands of fans. Ben also launched his new line of custom jewelry in 2017, further expanding his burgeoning empire. As he would say, “Business Is Boomin.”