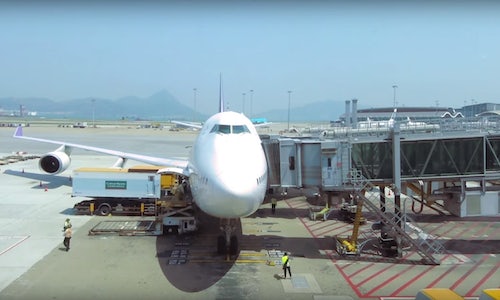 We all know how travelling through an airport works. But do we know what's going on behind the scenes? What kind of journey our luggage goes through after being dropped at the check-in counter? What kind of preparation work was done before an aircraft takes off? How does a tractor "pushes back" an aircraft that is a hundred times heavier than its own weight?

Our objective of the "HKIA Unseen" project is to let the audience experience the lesser-known operations at Hong Kong International Airport through videos posted on social media.

To narrate the story, short videos of some behind-the-scene operations at HKIA were produced to provide the audience with a first person perspective. Simple filming equipment and techniques such as GoPro and timelapse were used, creating videos that were intense and impactful. It's the first time such type of videos were taken and published at official social media channels of HKIA.

The 6 videos in the series reached a total of 760,000 audience on Facebook, and generated over 290,000 engagements. Some of the videos were shared by popular travel Facebook pages in Hong Kong which made the videos go viral.