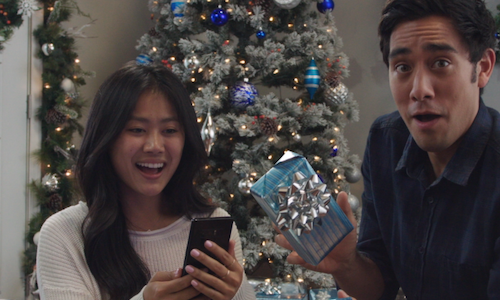 Telecommunications has largely become a tune-out category as many consumers quickly change the channel, flip the page, or in the case of digital, scroll past. This November, AT&T set out to break through the noise, developing thumb-stopping Facebook creative with a strategic hook that cut through these tune out tendencies and stood out among a sea of holiday sameness. In partnership with VaynerMedia, AT&T sought to develop a timely full funnel Facebook campaign designed to resonate with consumers and achieve its goals for the holiday season. The strategy? Attract prospective customers in a unique and entertaining way that would ultimately drive traffic, consideration and sales.

Unboxing videos are taking the internet by storm - generating over 70 million search returns. Further, according to Google, 62% of people who view unboxing videos are researching a specific product, indicating they are in a consideration mindset. Unboxing videos can be boring and unimaginative, which provided AT&T a perfect opportunity to turn the traditional on its head. VaynerMedia was tasked with developing a unique device to solve the creative challenge of unboxing services (like a wireless plan) that cannot, literally, be taken out of a box. The solution? "Funboxing" -- Unlimited Ways to Unbox Unlimited Entertainment.

VaynerMedia recommended partnering with digital magician influencer, Zach King, whose unique video editing style could not only breathe new life into the unboxing trend, but also visually communicate AT&T's product benefits in an entertaining way. In partnership with Zach King Studios, we developed four hero videos, each focusing on a specific AT&T product or service – AT&T's unlimited wireless plans, DIRECTV, AT&T Internet and a Holiday Gift Guide - designed to establish broad scale awareness. VaynerMedia also created a set of educational assets based off of the four hero videos, designed to drive brand engagers down the funnel to ultimately convert online.

Each video aligned to Facebook best practices, including a story hook within the first 3 seconds and naturally included pops of blue, white, and orange bringing subtle branding into the visual. AT&T products were integrated into each storyline of the videos, serving as a path to providing entertainment - showing prospective consumers that with AT&T services, you can watch the best entertainment across devices. VaynerMedia created several end cards highlighting AT&T's priority offers, featuring custom shots of Zach pulling the offer messaging into frame.

The "Funboxing" campaign established versatility across AT&T's product lines ranging from DIRECTV to wireless and internet services. We were able to use one creative concept to speak about all that AT&T has to offer, and made its intangible services, unboxable. In the DIRECTV video, we see Zach funbox the TV, pull it off the wall, and become a smartphone - visually depicting the ability to take your entertainment with you on the go. Similarly, the wireless video showed Zach using his smartphone as a way to watch entertainment while at work.

AT&T structured a two cell lift test on Facebook to test whether or not the Zach King videos designed to drive engagement and brand recall would also drive downstream impact on AT&T's performance media KPIs.

AT&T also ensured the test cell had a red thread of creative continuity throughout the full-funnel media strategy designed to bring a consumer from awareness through to purchase.

We learned that a user-journey centric creative approach in Facebook, designed with a social-first mentality, drives a true improvement to customer engagement, as well as a lift in bottom line impact to AT&T. 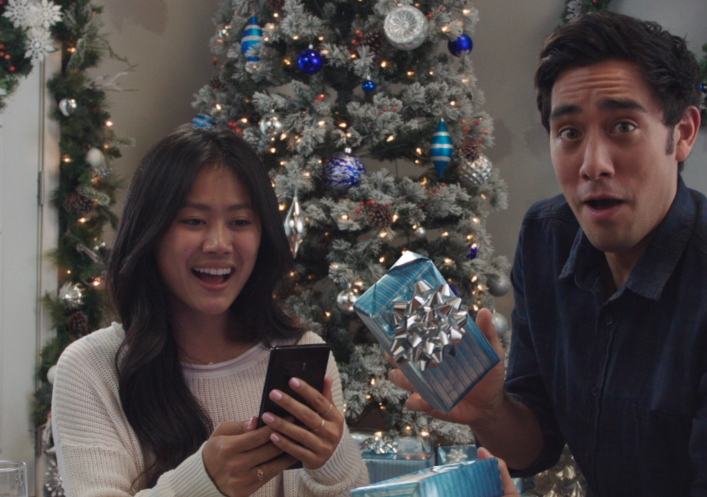