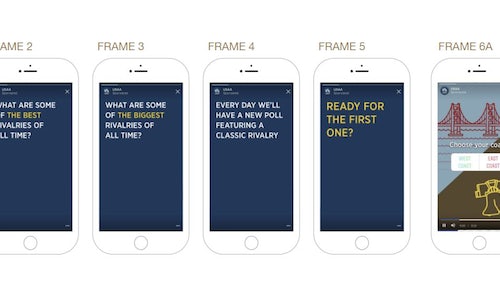 As the leading sponsor of one of the most historic sporting events, the Army-Navy football game, USAA partnered with Publicis to launch a social campaign rooted in this tradition of rivalry.

There are many obvious reasons why fans for over 121 years tune-in to the Army-Navy game —commitment, service, honor, and of course, the infamous rivalry.

"House Divided" kicked off the USAA social campaign for Army-Navy by exciting our audience around some of the biggest rivalries by leveraging Instagram's new poll functionality and engaging animated GIFs. The poll roll-out strategy was to start at a national scale (ie: East Coast VS West Coast), leading to regional (Pats Cheesesteaks VS Genos), and ending with the biggest rivalry of them all: Army VS Navy.

By the end of our House Divided polls, over 50,000 people had engaged with our stories in order to show love for their favorite cities, food, music and finally their pick for the big game. This was the first time that USAA launched an activation using only Instagram Stories and the response was 100% positive. These polls kicked off a series of activations created to engage and excite fans before the actual Army Navy game and fans were not afraid to message USAA to pledge their allegiance and share their team pride. 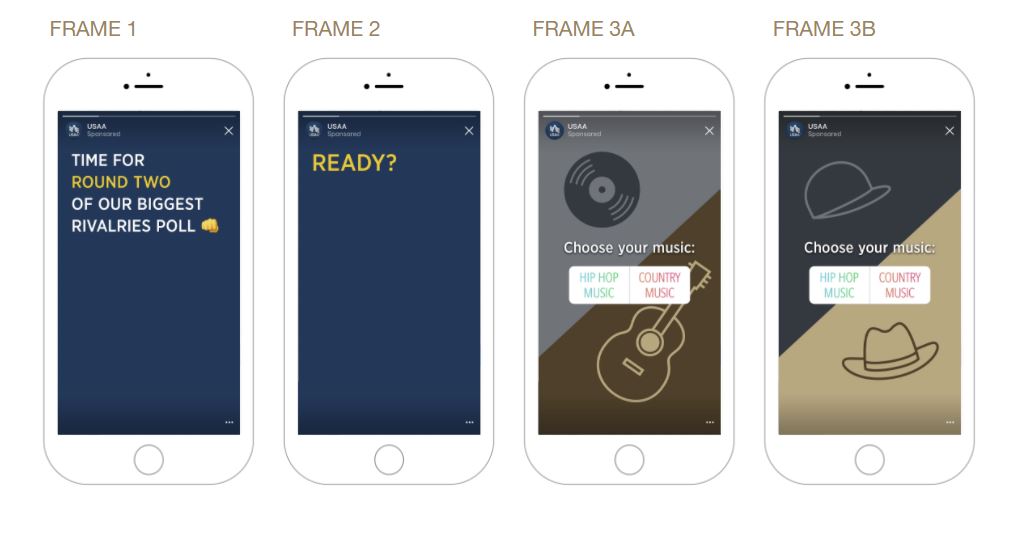 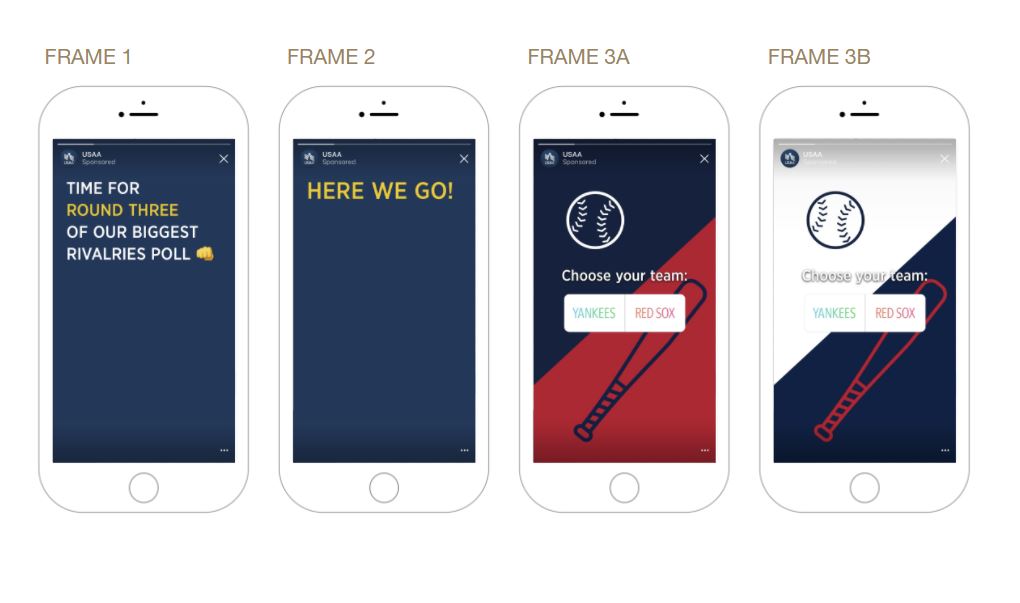 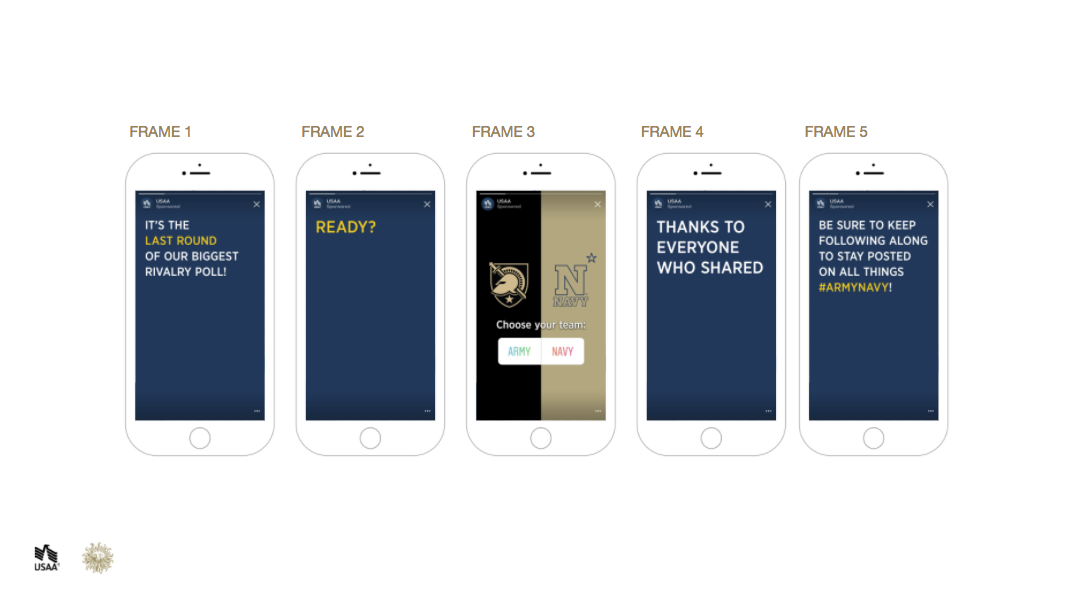