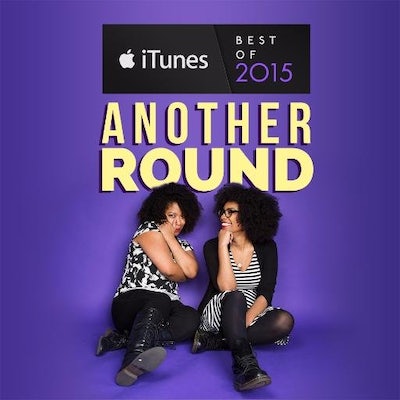 Tracy Clayton and Heben Nigatu aren’t afraid to talk about anything on their podcast Another Round—which might be due to the fact that they drink throughout each episode! The tipsy twosome “cover everything from race and gender to squirrels and mangoes in one boozy podcast,” with notable guests like Amber Rose, Cory Booker, Roxane Gay, and Kelly Rowland popping in for a drink in 2017. The co-hosts posted their 100th episode in August with “the legendary LeVar Burton” joining them. Originally produced by BuzzFeed, Tracy and Heben announced in December that they would take over control of the show, celebrating their independence the best way they know how… with a drink!

Another Round's best work on social