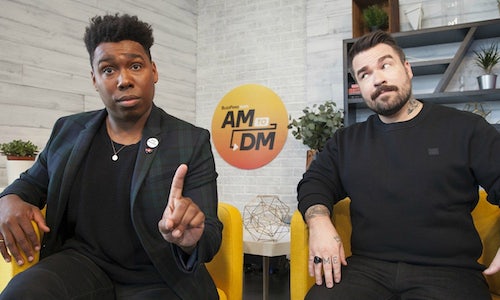 AM to DM by BuzzFeed News

Through a partnership with Twitter, BuzzFeed News set out to reinvent the traditional morning show format for the way people consume news today: on social. Twitter is the beating heart of news and has always been a big part of the culture of the BuzzFeed News newsroom, and we wanted to focus that conversation on what was happening in real time - not from yesterday or hours before - while engaging with our audience. BuzzFeed News' goal was to build on the fundamental reporting that we do and ultimately extend the reach and deepen the impact we have with our loyal audience through social TV. AM to DM has been a great megaphone for our journalism and journalists, and we've been able to combine our understanding of the news cycle with great production values and forms to create something really compelling for that audience.

In order to break through in this new live, social TV format, AM to DM needed unique audience development strategies. Through the power of BuzzFeed News' social accounts, the show was able to help drive awareness. As TV consumption habits move toward this live, social format, AM to DM has had the advantage of being first to market.

The AM to DM team has created unique ways to produce the show and present its programming in a way that is tailored to its non-traditional, social audience. AM to DM leans into the ways that make our message resonate in a way that's authentic and will drive the audience to participate in the conversation. We monitor and integrate that participation as the segments unfold live. It's a key function that social TV allows, that you won't see on traditional TV. Co-hosts Saeed Jones and Isaac Fitzgerald incorporate their audience into the show's daily programming by interacting with viewers' tweets and sharing them live on air from full segments like "Fire Tweets" to using them as questions during guest interviews to featuring breaking news tweets in real time.

BuzzFeed has long been synonymous with all things web culture, and AM to DM has certainly tapped into the latest conversations taking place online. In November, ahead of Time magazine's Person of the Year cover announcement, the show got countless Twitter users to share who they felt should be on the cover, prompting countless silly memes in BuzzFeed style. For many ordinary Twitter users, AM to DM has become the go-to source for breaking news on politics, pop culture and social media sensations.

Another key feature of AM to DM is breaking news live on-air by featuring scoops and exclusives from BuzzFeed News reporters on a variety of topics, from the latest in the Russia investigation to the spread of fabricated news across platforms to issues of police brutality.

AM to DM also works with brands to create compelling and unique segments that resonate with our audience, while still incorporating the brands messaging for a particular campaign. For example, Jones and Fitzgerald paired a segment sponsored by season one sponsor Bank of America with the show's programming by talking about the evolution of friends who lend each other money - a seamless integration that truly captured their strong friendship.

Since launching in September 2017, AM to DM has produced more than 80 live shows and more than 70 hours of programming with 200+ guests. Much like our Twitter timelines, AM to DM covers a wide range of news and social commentary, and continues to feature newsmakers from the worlds of politics, entertainment and tech, including Michael Phelps, Dolly Parton, Elizabeth Banks, Nicole Richie, Lee Daniels, Ashley Graham, Representative Adam Schiff, Senator Chris Murphy, Senator Kamala Harris and Governor John Kasich. AM to DM averages over 1 million views per show and the #AM2DM hashtag has repeatedly been a top trending topic on Twitter in the U.S and worldwide. In November 2017, for example, the show garnered more than 14 million impressions on Twitter and reached users all across the globe. Almost a third of the show's total audience is international with viewers joining from the U.K., Canada, India, Australia, South Africa and Mexico. AM to DM continues to generate significant social buzz, as it embodies today's use of social media to make live social TV programming work for Twitter audiences and is truly shaping what the future of TV looks like.

Video for AM to DM by BuzzFeed News 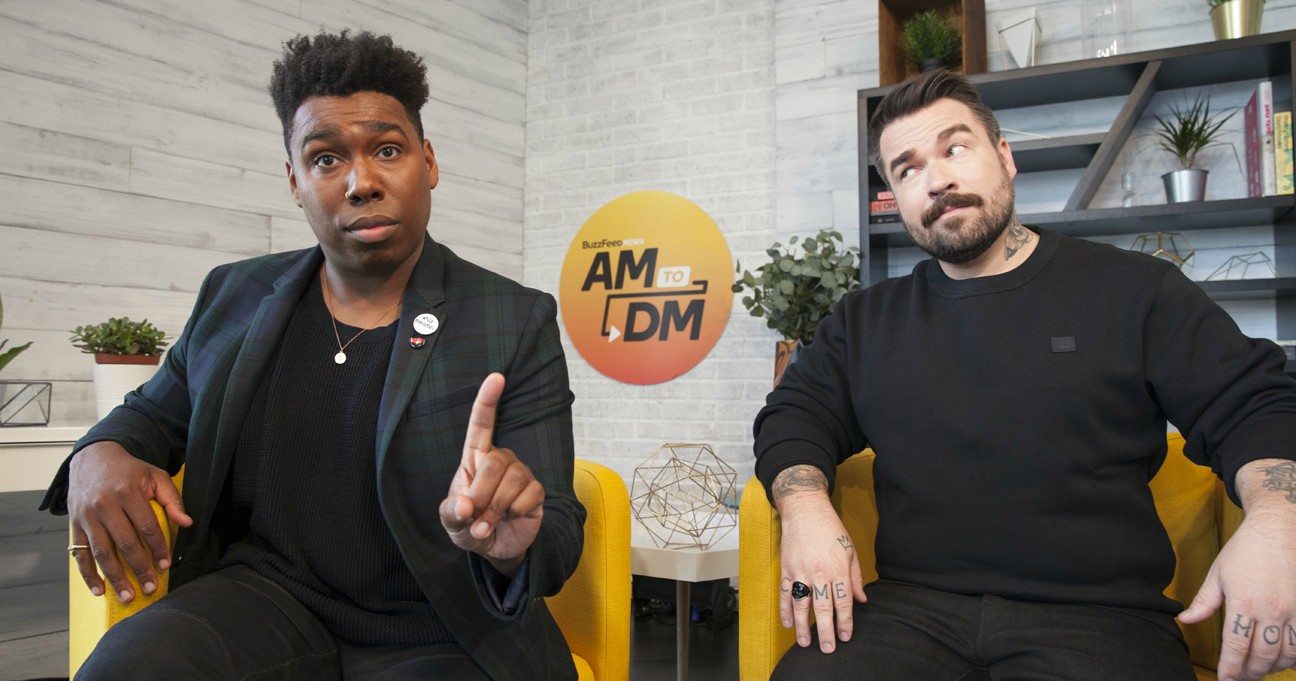