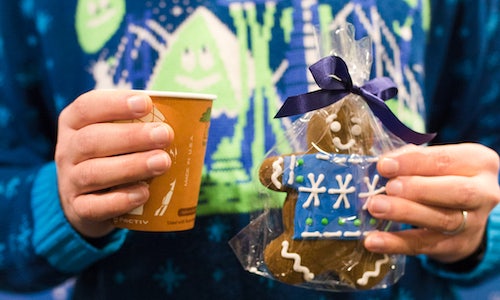 After acquiring Virgin America, Alaska Airlines added an additional 33 routes from the West Coast and staked their claim as the #MostWestCoast airline. To highlight these West Coast routes during the holiday season, Sparkloft partnered with Alaska Airlines to create an unforgettable airport experience for guests traveling on December 15th, 2017 -- National Ugly Sweater Day.

Donning an ugly sweater has become a popular way to celebrate the holiday season. We wanted to tap into the widespread love of these sweaters in a way that would stand out from the rest with a socially driven activation.

An activation took place at Seattle-Tacoma International Airport with a terminal decked out in holiday decor, primed and ready for photo ops with travelers. In addition to receiving sweaters, guests were treated to complimentary treats, coffee, and hot chocolate. Real-time content was created and shared the same day to amplify Alaska Airlines' role in National Ugly Sweater Day.

It was also important to provide value to all Alaska Airlines guests traveling on December 15th, not just the ones present for the on-site activation. All guests who showed up to their Alaska Airline flight in their best ugly holiday sweater would receive priority boarding.

Before National Ugly Sweater Day arrived, it was important to relay the message of the special priority boarding opportunity to the Alaska Airlines audience. Leading up to the activation, content was created with the intent of raising awareness and lived on Alaska Airlines' Facebook, Twitter, and Instagram accounts.

To further the reach of this campaign, over 50 sweaters were sent to media and influencers in the Seattle and San Francisco markets a week ahead of the activation in personalized boxes accompanied with a 'Thank You' card. Partner content was shared from the likes of Seattle Seahawks quarterback Russell Wilson, the University of Oregon, the University of Washington, Pacific Northwest Ballet, Bay to Breakers, and Hood to Coast.

A 45-second sizzle reel was created along with over 40 photo selects used across social, including two Instagram Stories, and a photo galleries on both Facebook and Instagram featuring not only those guests in the decorated terminal but any Alaska Airlines employees who wore their ugly holiday sweater that day. 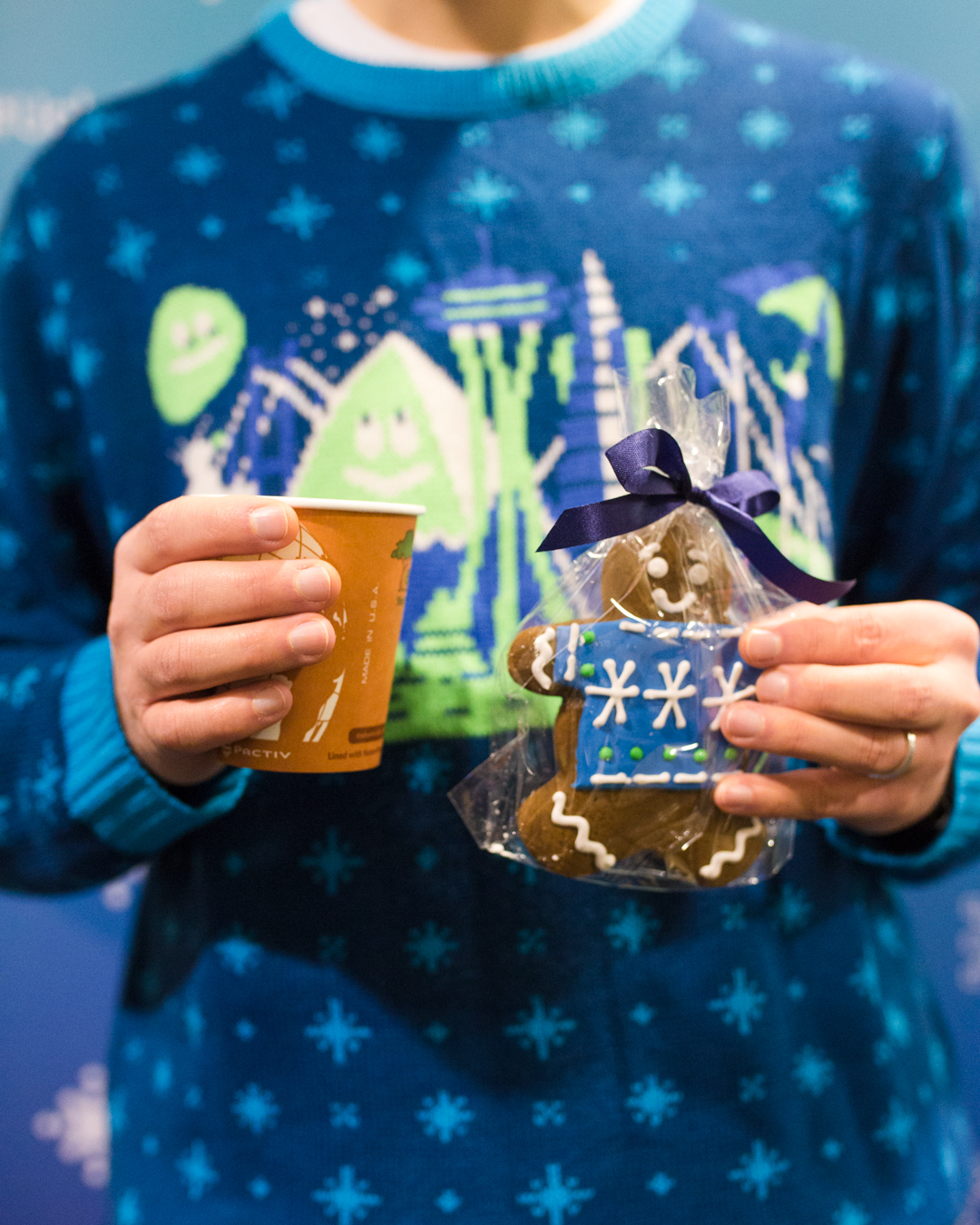 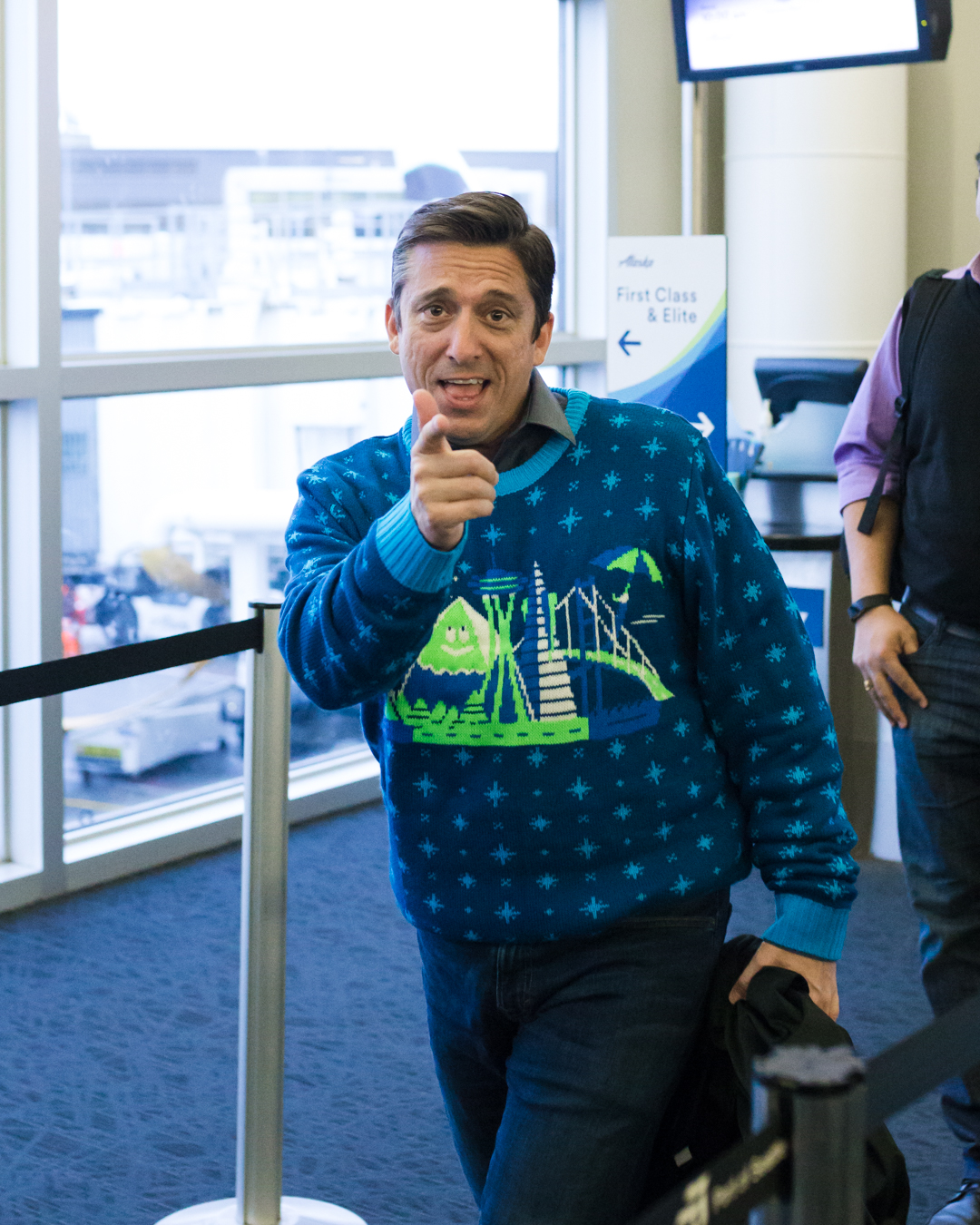 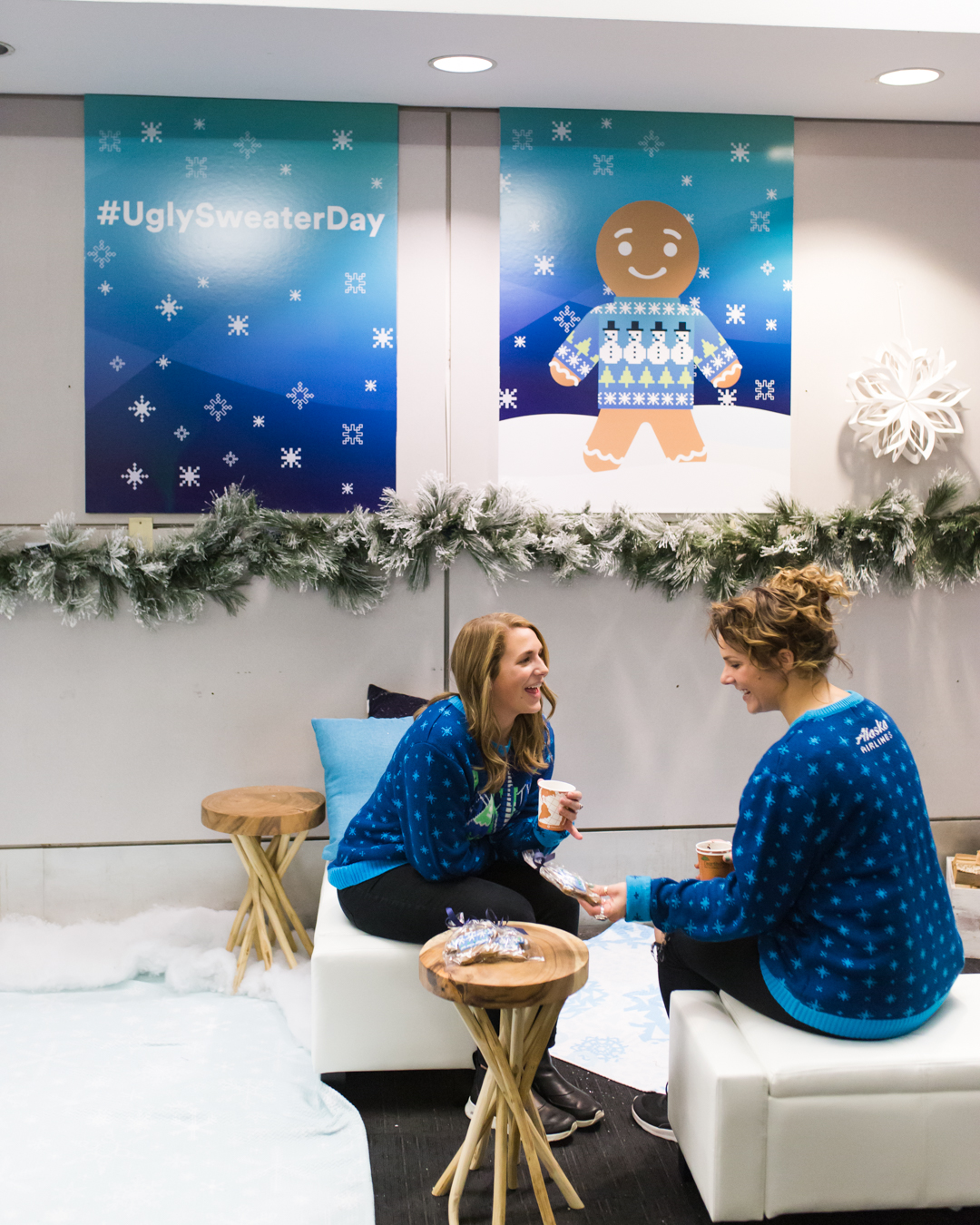 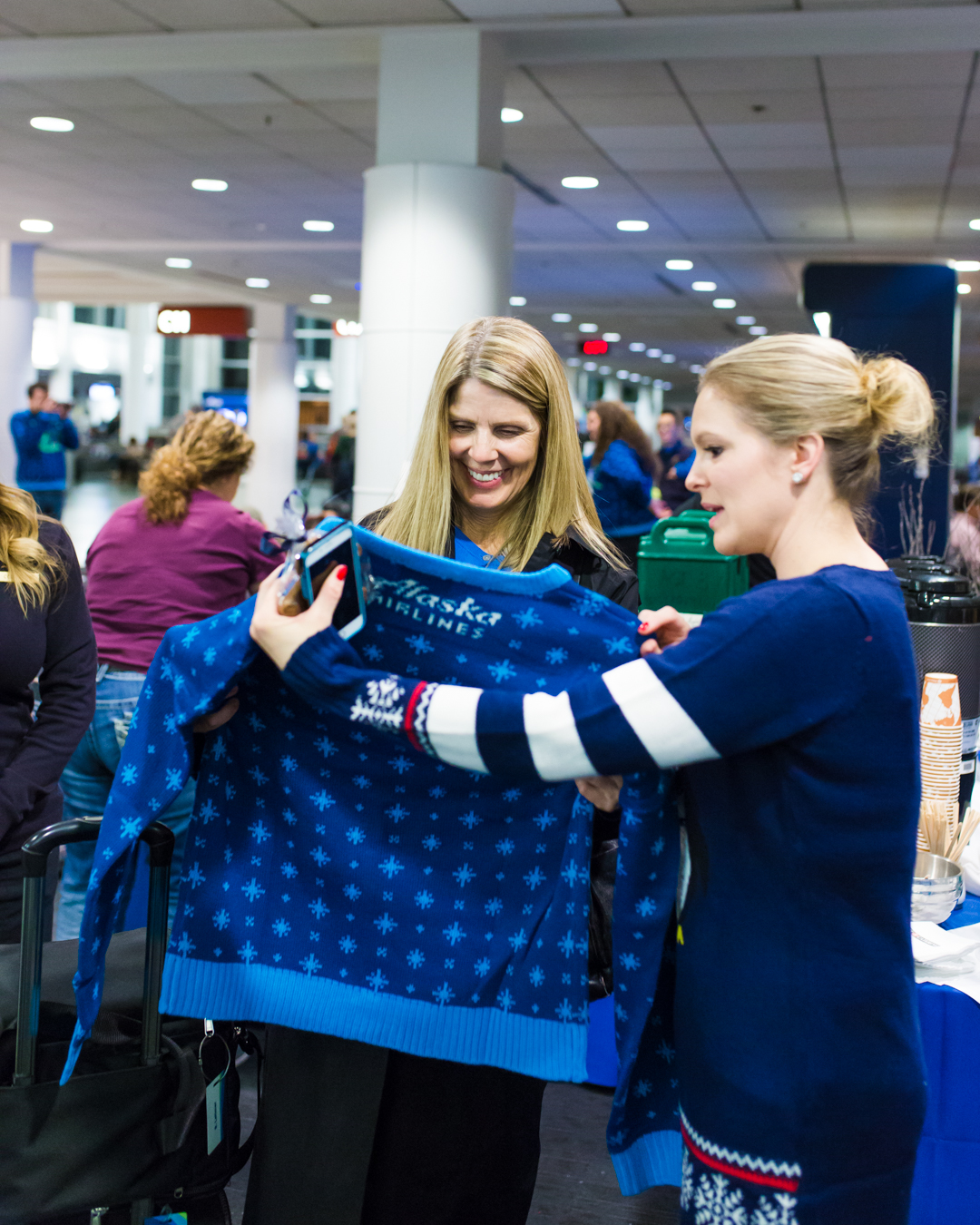 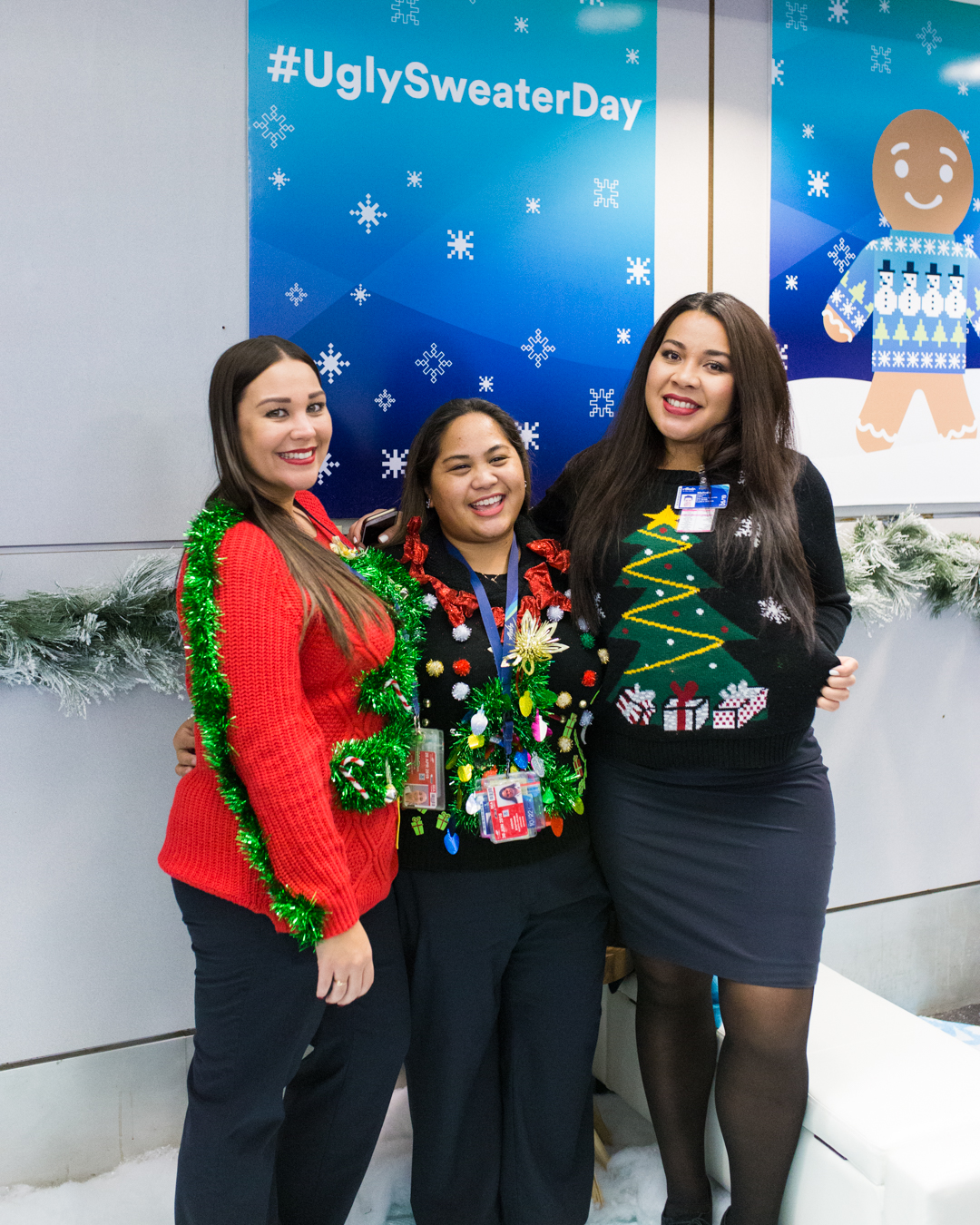