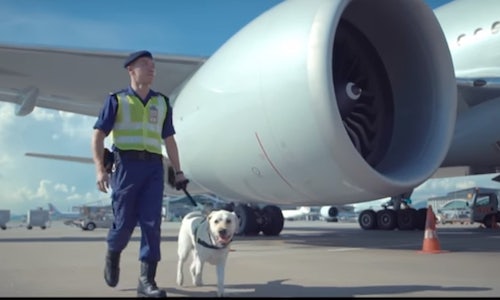 There are over 73,000 staff working at Hong Kong International Airport (HKIA), working round the clock to ensure the safe and efficient operation of the airport. To communicate with the general public the works of various business partners at the airport, a series of video and articles were published on social media and online platforms, taking our audience behind the scene of some of the crucial but lesser known jobs at the airport.

The series also aims to promote the brand of the airport and highlight the professionalism of the staff working at the airport.

Following the success of the past two series, the third series returned in 2017 to cover 6 airport jobs which include: aircraft engine maintenance, airfield ground lighting maintenance, dog handler of the Customs & Excise Department, cargo terminal staff, Science Experimental Officer at the airport observatory, and staff working at the baggage management office.

A short video and in-depth article were produced for the staff of each job, allowing the audience to first get a brief idea of their jobs through the video, followed by more details in the articles should the audience wish to know more. Appealing photos were also added to the article to facilitate deeper understanding of the job.

Targeting local audience, the videos were posted on Facebook - the most popular social media platform in Hong Kong. The Facebook feeds contain links to HKIA's official blog where the articles were published.

The five videos on Facebook reached over 600,000 audience, generated over 250,000 engagement over the 2-month campaign period. It built awareness and aroused interests of the public and media media on the different jobs at the airport.