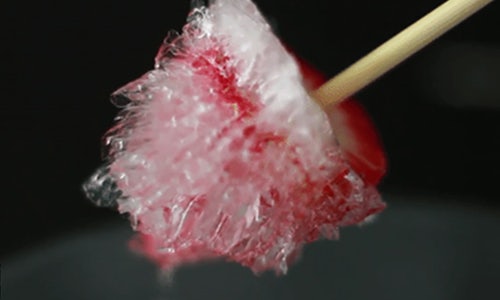 Science Friday created the Aha! Home Science Experiment series to empower parents to excite their own children with science.

For over 25 years, the public radio show Science Friday has been a trusted name in science journalism – we're brain fun, for curious people. And with the help of a dedicated education team, we've been turning our most engaging multimedia into free education activities for teachers, parents, and kids. We want people to see the science that is everywhere around them.

Following several large chemistry editorial projects, we discovered that parents were looking for more opportunities to share hands-on chemistry experiences with kids, but were time- and resource-limited. We sought to address this need directly by creating a series of short video experiment guides for social media, specifically targeting diverse parents of 8-12 year-old children. We also wanted to provide parents with tactics for engaging their children in scientific experimentation, so that even science-shy parents would feel comfortable doing experiments with their kids on a Saturday.

Our goal was to make parents and kids shout “Aha!" as they experimented with chemistry, so each experiment had to use familiar supplies, use materials that cost less than $5, and be easy to implement, fun, and original. Unlike expensive "one and done" home science kits, every experiment in the series was created to have lots of variations and produce many different results and outcomes.

The Aha! videos were produced specifically for diverse social media using parents - each video is short, has clear titles, and has no voiceover for social media viewers. Videos were shared directly with Science Friday's Facebook followers during peak summer vacation season: June and July.

The Aha! series achieved a reach of over 650K, over 100K views (>10s) and tens of thousands of likes, emoji, and shares. The series was shared by other media brands including Popular Science and PBS Digital Studios. For many of Science Friday's Facebook videos, the audience is predominantly men ages 25-34, while its radio audience is gender-equal (trending slightly male) and older. However, the Aha! Video series primary audiences was women ages 25-44, suggesting that not only did the series break out of its traditional audience, it also reached adult women, who according to the National Women's Law Center make up 95% of the child care workforce and according to the National Center for Education Statistics make up 76% of school teachers.

Over 400 comments on posts suggest that Aha! videos inspired parents and caregivers to try chemistry experiments with kids, modify them for their own use, and share them. Real comments from viewers:

Samantha: Leah! Something fun to do with the kiddos!

Megan: "Allison i see your kiddos loving this!"
Allison : "O ya! I will totally try this with them!"

Heidi: "Sally would be fun to do with your grandkids."


Overall the viewership, engagement, demographics, and comments suggest that not only did the Aha! experiment video series reach parents and their kids, it also successfully inspired them to try chemistry experimentation at home. 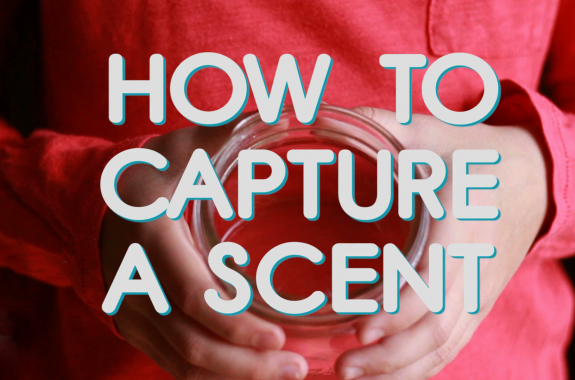 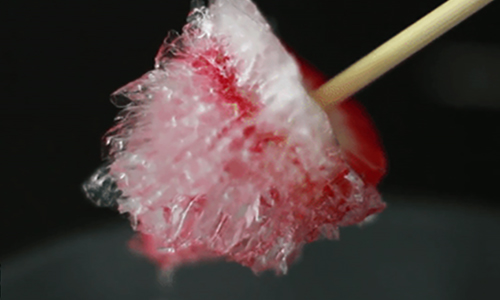