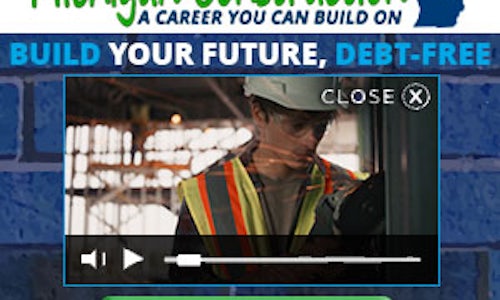 The Associated General Contractors (AGC) of Michigan represents construction professionals statewide, working together to support the industry. During the Great Recession the Michigan construction industry, more than almost any other, was deeply affected. Almost overnight, housing prices collapsed, businesses folded - and everyone stopped building. Industry professionals sought work in other parts of the country, creating a drain on Michigan's talent. As for future talent? Considering the lack of prospects in the industry, parents, teachers and counselors united under one message: the only way to a good future is through college. Schools saw their technical education programs cut or eliminated, and every student – regardless of interest or aptitude - was pushed to attend a four-year university.

With hard work and determination, Michigan has emerged from the Great Recession stronger than ever – jobs are at an all-time high, new construction (residential and commercial) is booming. And, the construction field is one of the fastest growing industries in the state. But with the lack of focus on and encouragement to pursue the skilled trades, and many current workers nearing retirement, members of AGC were all experiencing the same challenge: attracting and retaining talent. The challenge was twofold: change the perception of the industry, and create a pipeline of future professionals. Initially, AGC contacted King Media to execute an outdoor advertising campaign promoting a career in the skilled trades. We had something else in mind: a robust digital campaign.

Our primary audience included Michigan residents, ages 17-35, male and female, of all ethnicities - high school students, recent graduates and those looking for a fresh career start. A secondary audience was also identified: the influencers of our target audience, including parents, teachers, counselors and coaches. Our campaign objectives were twofold:

1. Raise general awareness about the career opportunities in Michigan's construction industry. Considering the industry's reputation, the campaign needed to change perception before it could drive action.

2. Reach and engage primary and secondary target audiences, driving them to the AGC website for more information. AGC had constructed a website the prior year addressing those target audiences, offering information and contacts for both the construction industry as a whole and specific trades.

For the foundation, we crafted a dynamic video to tell the story of construction careers. From there, we built a solid multi-pronged strategy for a three-month campaign, including interactive display ads, YouTube pre-rolls, Google AdWords and sponsored Facebook posts.

Every King Media campaign is based on the same foundation – extensive research. Based on our findings, our creative brief centered around the following key messages:

1. Earn while you learn – opportunities to train and earn a living right out of high school.

2. No student loans – training is on the job.

3. Mobile in location and position – skills you can take anywhere; many opportunities to advance.

4. Rewarding work – with challenges that hone skills and engage the mind.

5. Varied environments - opportunity to be outside/out of an office.

Video was the cornerstone of our campaign. It was the most effective way to show – not tell – young adults the benefits of a construction career through the eyes of a male high school senior, working on a job site showcasing different skilled trades to communicate key messages.

Sponsored Facebook posts featured general information on the industry, as well as highlighted specific skilled trades. Of these six posts, half were targeted toward the main target audience, highlighting the ability to earn a solid living now, with no college debt. These posts included a :30 version of the video, a general infographic about career opportunities in construction and specific information on operating engineers - one construction field known for its use of technology.

The other half, targeted toward the secondary audience, focused on the growth of the industry and the continued opportunity for employment in the years to come. These posts included a :30 version of the video, but the messaging was adjusted to speak to parents, teachers, coaches and counselors. They also included posts showcasing different career opportunities in the industry using infographics and GIFs.

The campaign also featured YouTube pre-roll ads, display ads and a Google AdWords campaign. All tactics drove users to the AGC homepage. We did not have the ability to create a campaign-specific landing page, but worked with AGC's website partner to make a few tweaks to the homepage design, including adding the :60 second version of the video.

While we expected the campaign to deliver excellent results, those results exceeded our expectations right out of the gate. Only one month into the campaign, most tactics had well outperformed benchmarks for the entire three-month run of the campaign. And at the campaign's close, the results were staggering.

Sponsored Facebook posts were expected to deliver 15,300 impressions. Actual delivery was 366,409 impressions – a 2,295% overdelivery. Additionally, this campaign increased the AGC Facebook page likes by 77%, and directly contributed to a 580% web traffic increase.

Targeted interactive display ads had a 46% overdelivery, targeted YouTube had a 195% overdelivery, Google AdWords had a 2,950% overdelivery and website traffic increased by over 1,000%. The campaign even had a significant impact on organic search traffic – illustrating the campaign creative was resonating with the audience and causing them to seek out more information, even if they weren't clicking directly on the ads.

Call/inquiry traffic was by far the most important – and most impressive – metric. Previously, our client received 2-3 calls/inquires per month. As a result of this campaign, calls and inquires increased to 5-7 per DAY – and that included weekends. 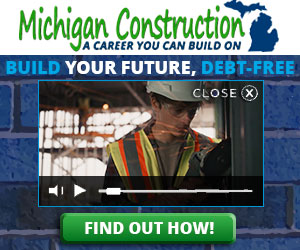