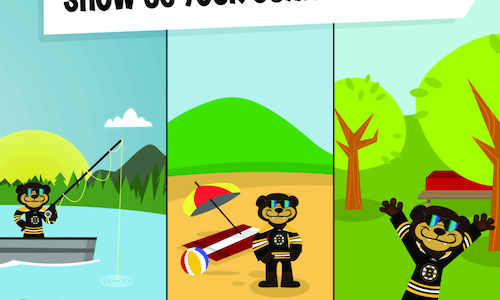 The only thing the Boston Bruins love more than hockey, is their fans. With a drive to engage them year-round and to be more inclusive of families, they partnered with Mazu to create custom content and an app directed to youth giving them a safe new way to connect with them. By making the sport more welcoming to new fans, and by bringing the players to the children, the Boston Bruins hoped to increase fan loyalty and encourage more brand participation with a focus on the Bruins Academy brand which includes the Bruins Youth Hockey and educational initiatives.

The summer campaigns sought to bring the off-ice aspects of hockey to children and fans, and taught them about what it takes to become a professional athlete. This encouraged families to think about healthy eating and activity levels and included educational pieces as well. These were designed to complement the Bruins Academy kids TV show on NESN.

The campaign also brought the players to children and families, giving them a chance to meet their heroes in person. This was done to create a sense of community and to make fans feel like they are an important part of the Boston Bruins franchise.

To keep families engaged with the Boston Bruins through the summer, a variety of channels and events were used with the ultimate goal of creating experiences and conversations for fans both in person during the Boston Bruins Fan Fest Tour and ultimately in the Family Engagement app "Bruins Academy".

Bruins Academy was activated as a large part of the Boston Bruins Fan Fest Tour. With B-Fit, healthy eating and player confidential campaigns amongst others being promoted across the various Boston Bruins platforms including Twitter, Facebook, Instagram, YouTube and the Bruins Academy apps. These were partnered with campaigns that promoted user engagement and participation and also included summer holiday and back to school campaigns.

Throughout summer 2017, the Boston Bruins achieved on average 3x more engagement than any other Mazu Club Partner apps due to fan focused digital campaigns and in person events. The aim of the campaign was to better and more deeply engage with the Bruins young fans, and was a roaring success with an incredibly high 8 min 9 sec average time in app time, per user session as well as numerous off app interactions across its thousands of users. 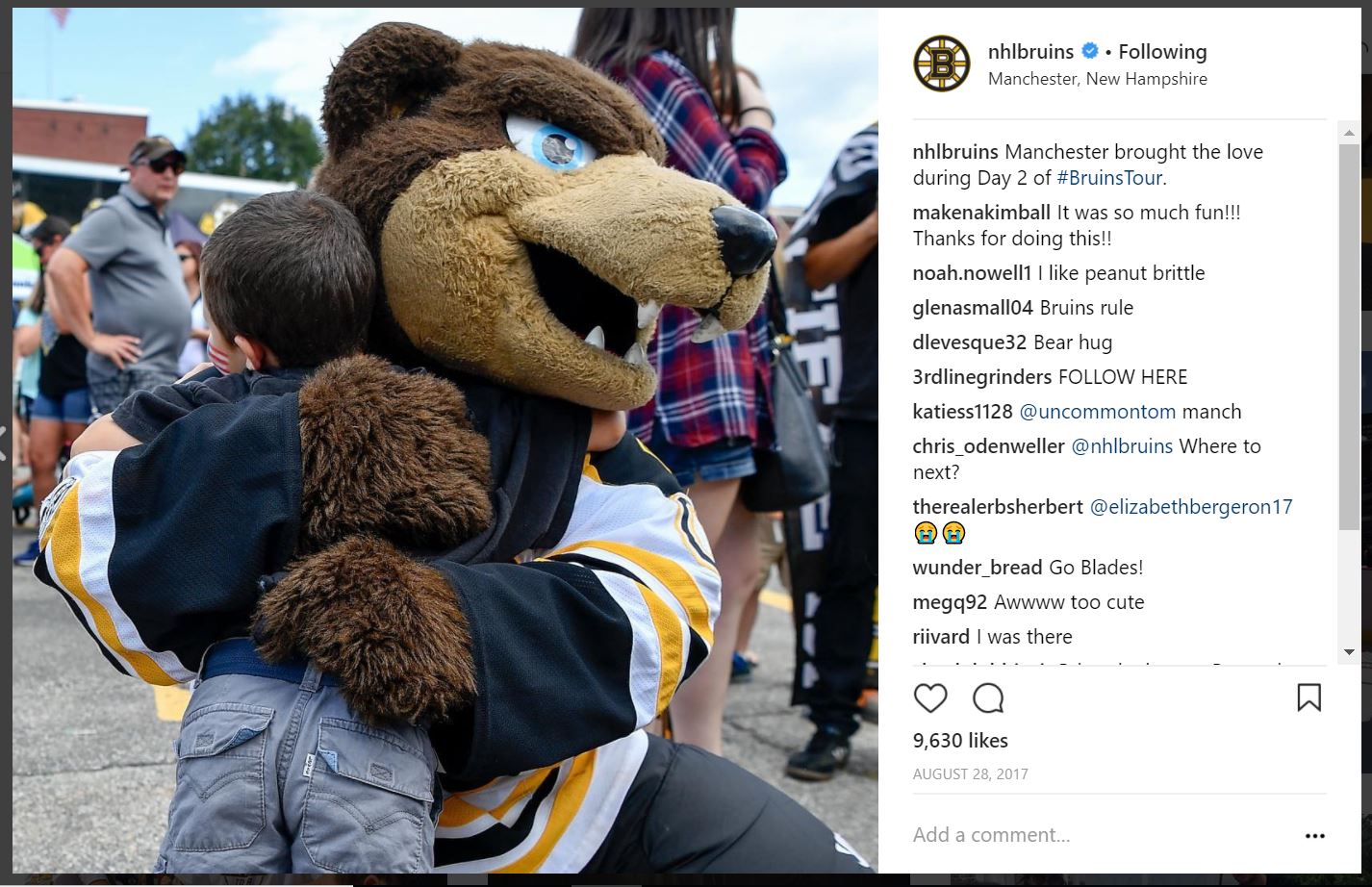 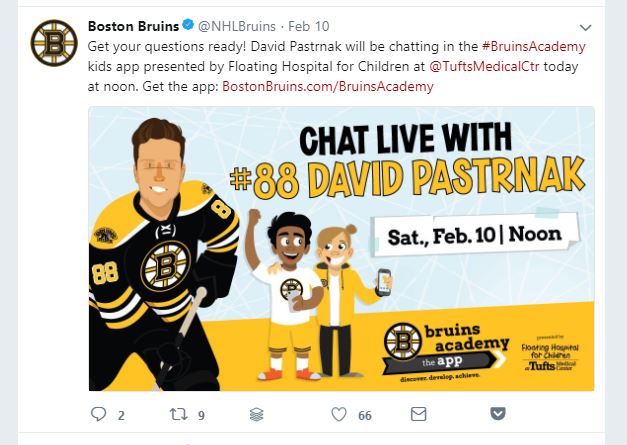 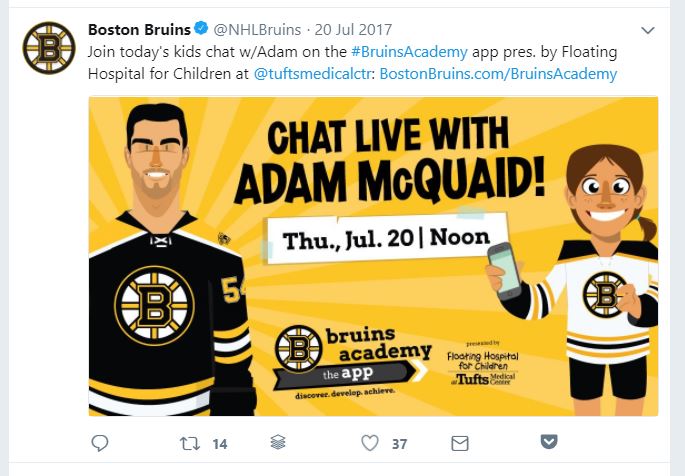 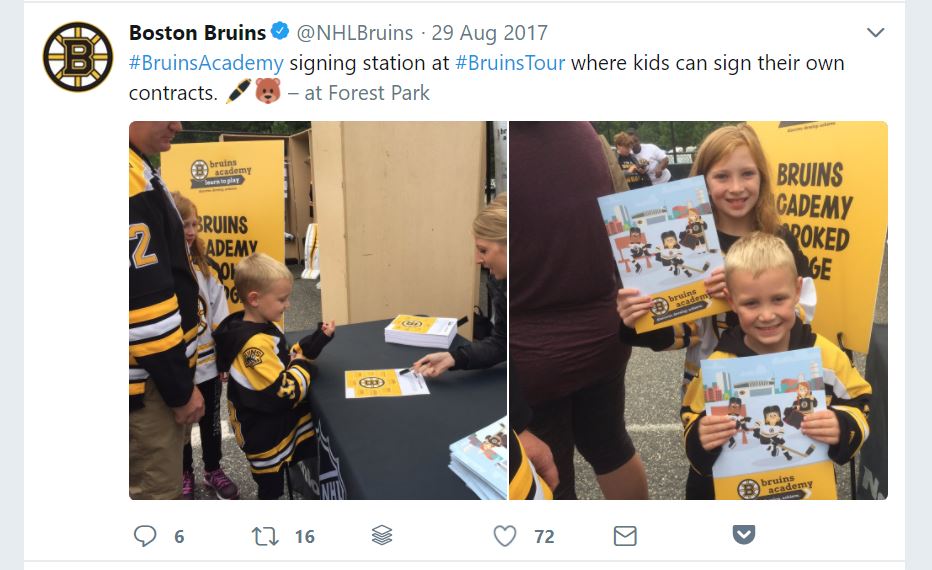 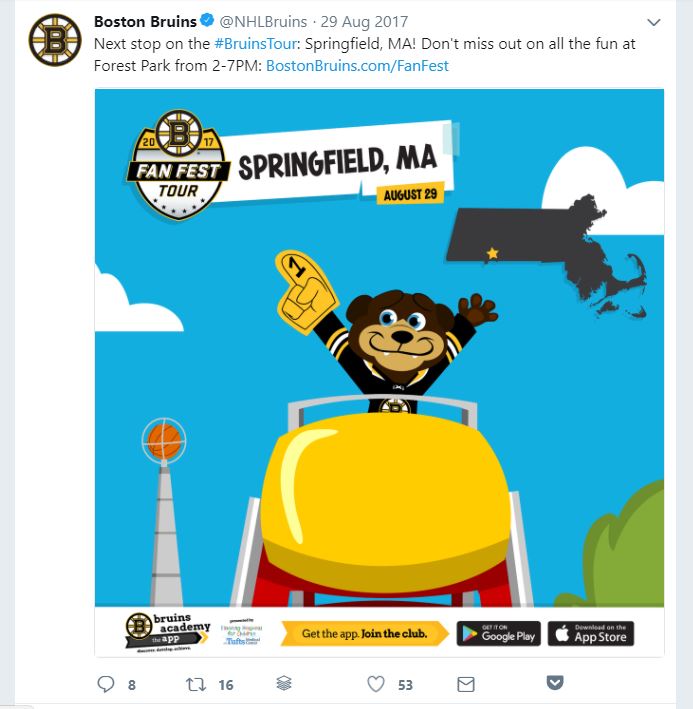 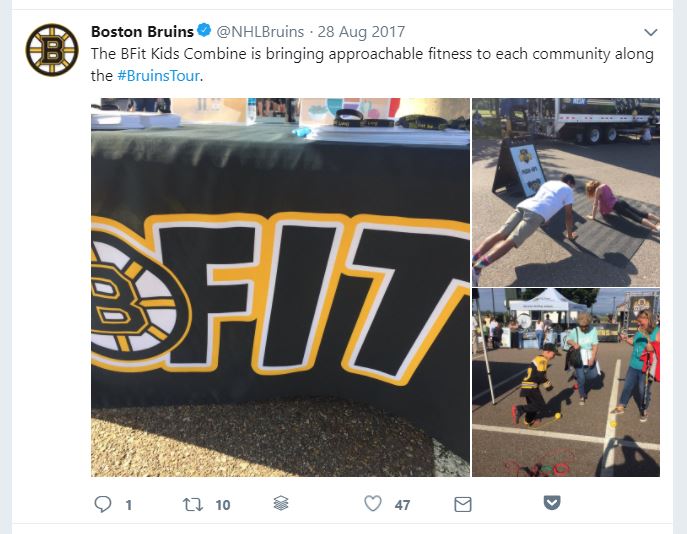 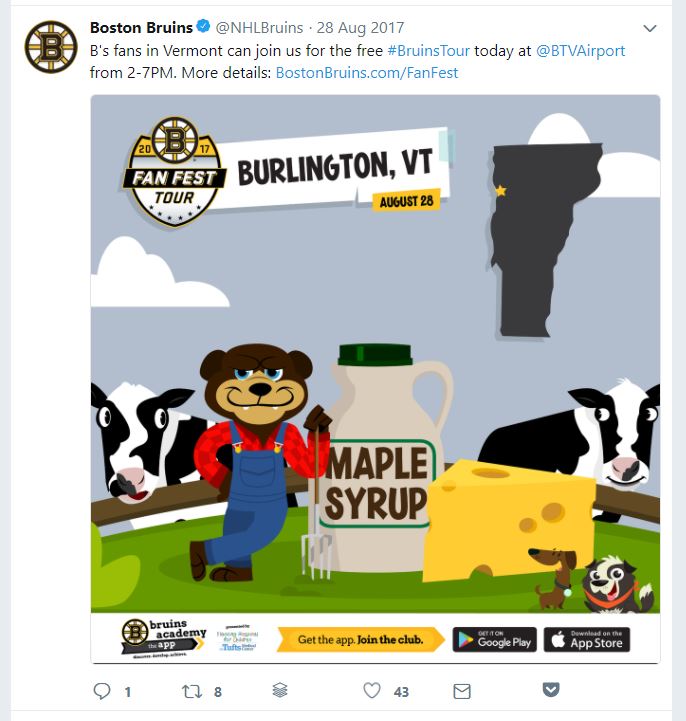 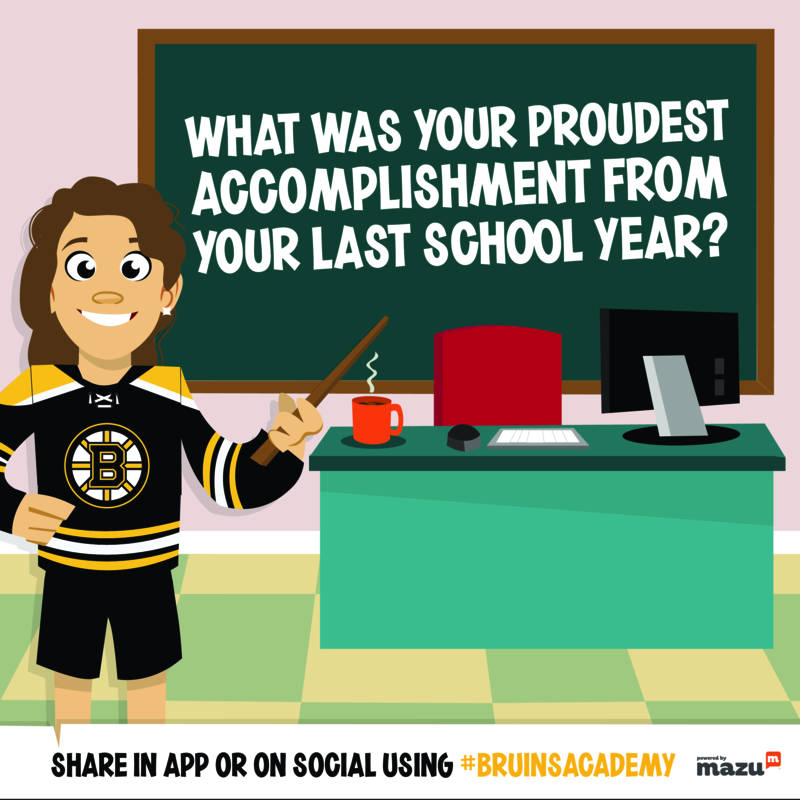 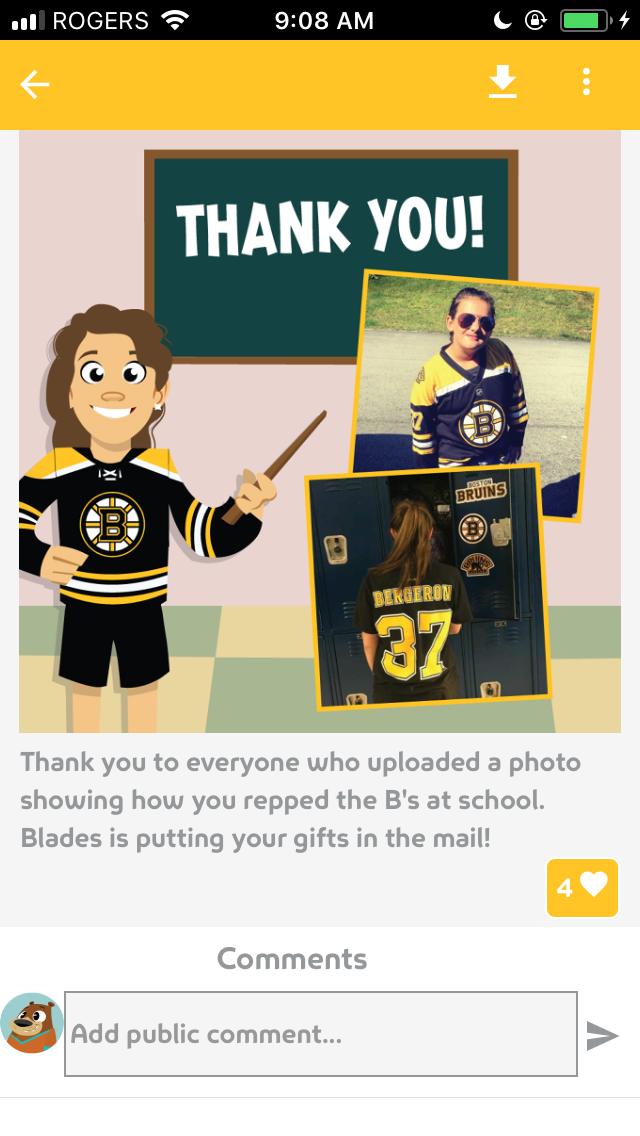 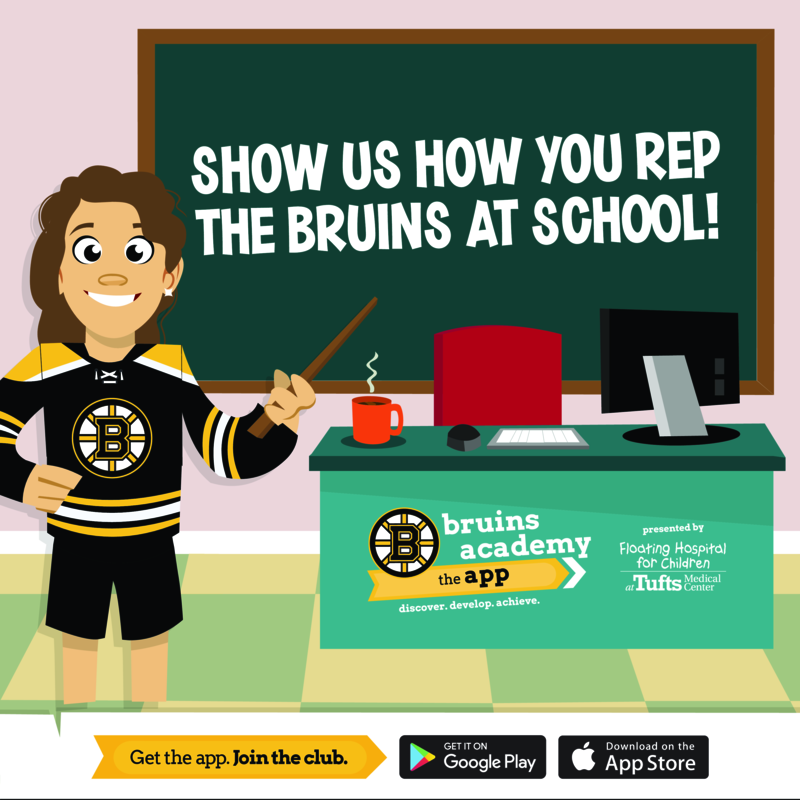 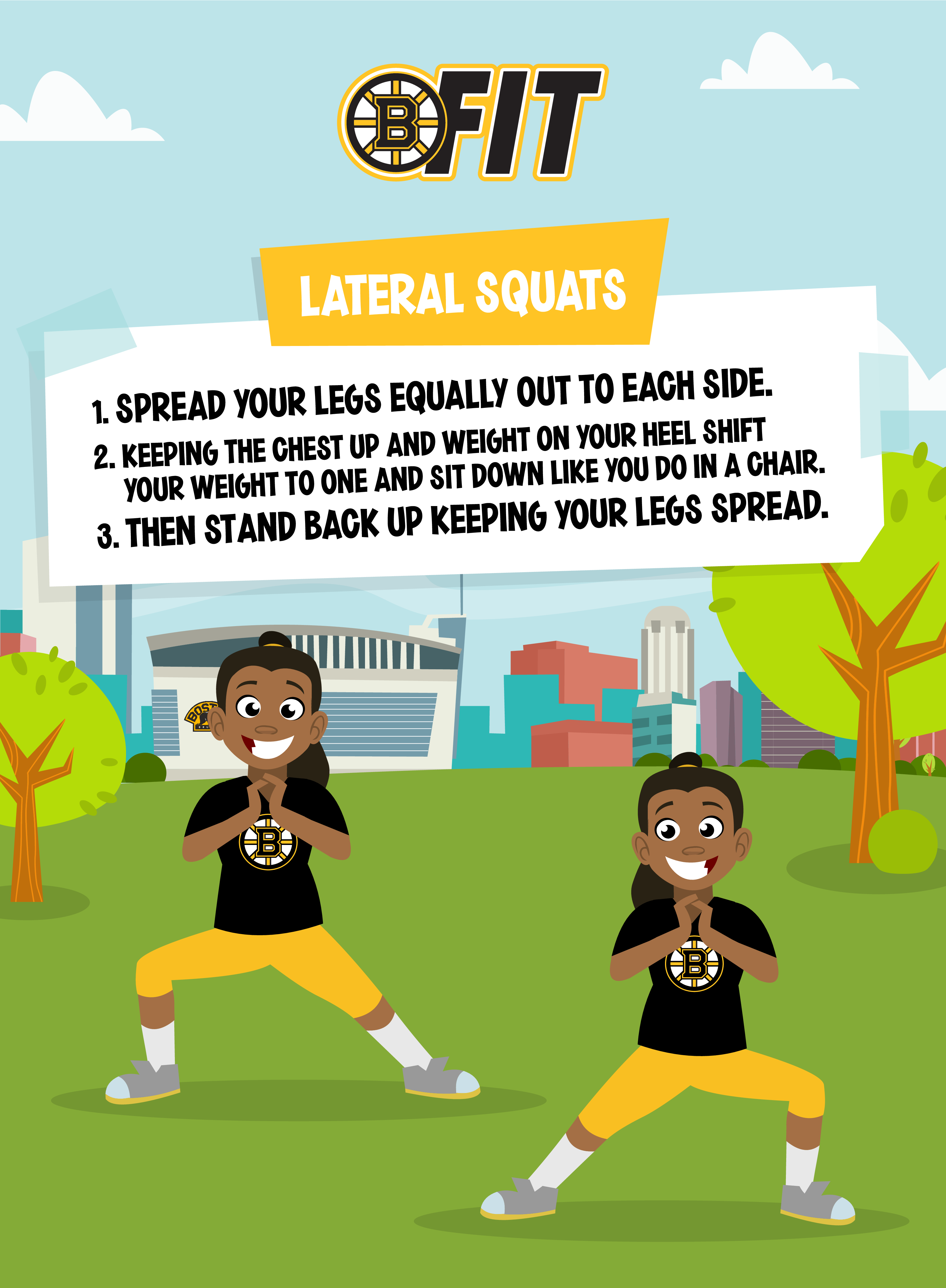 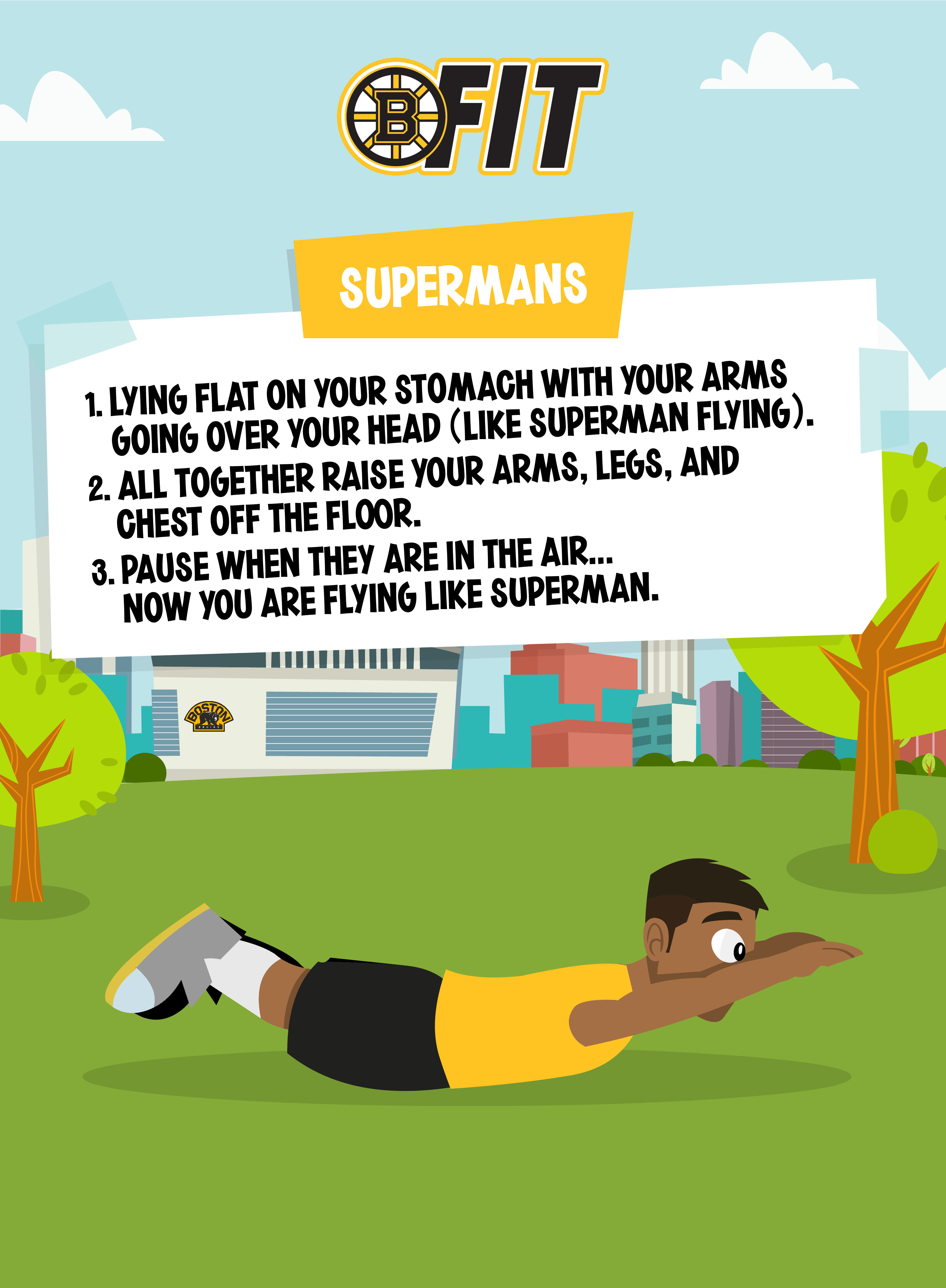 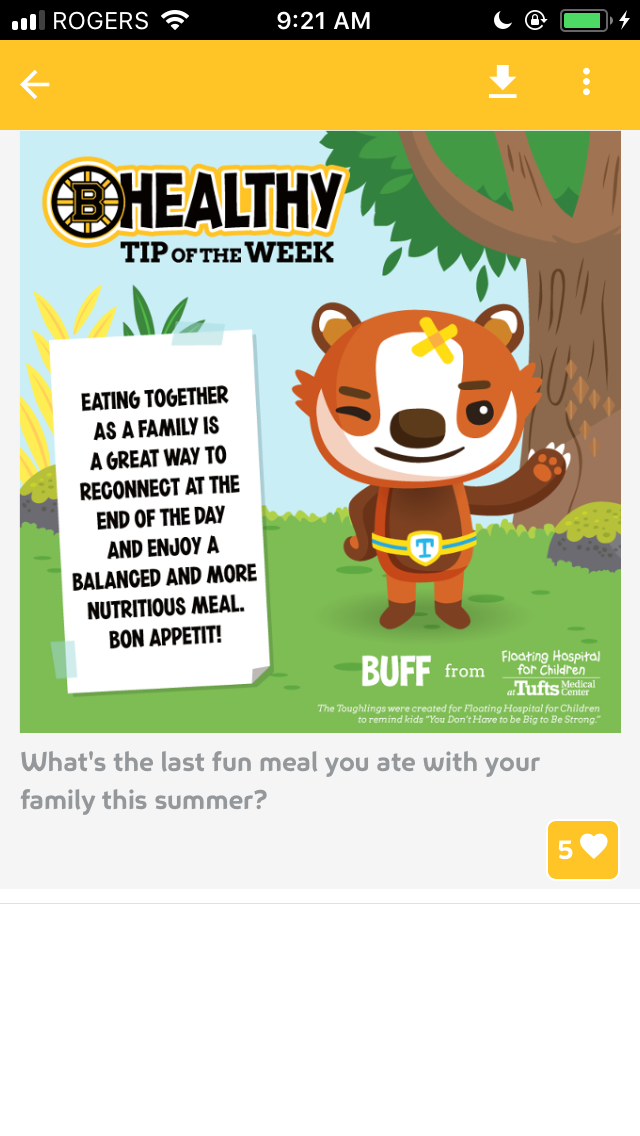 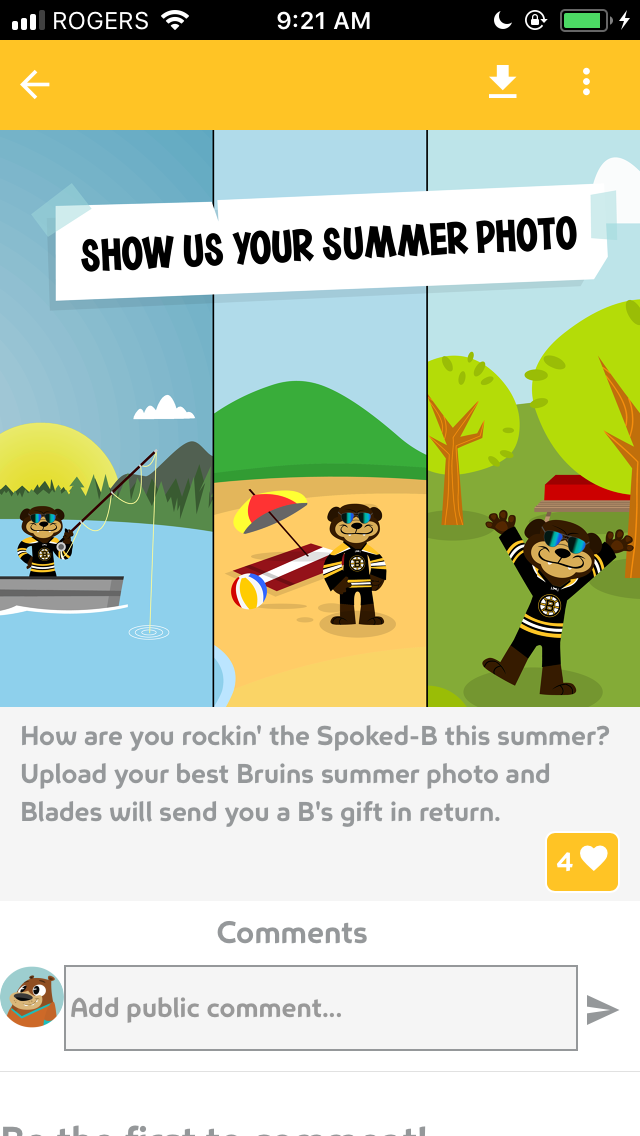 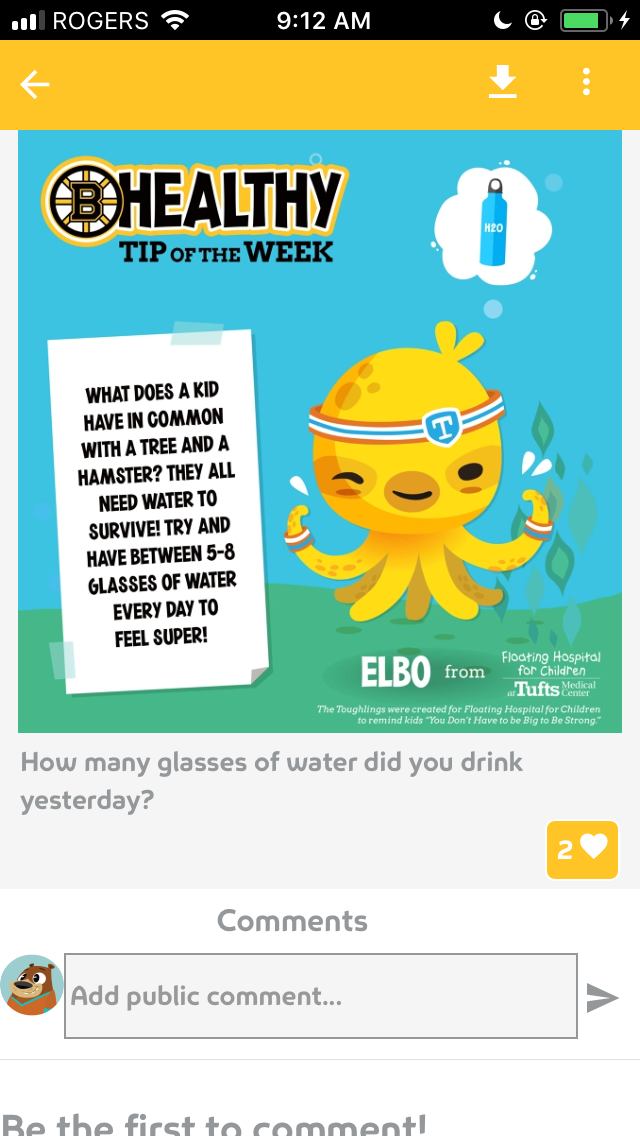 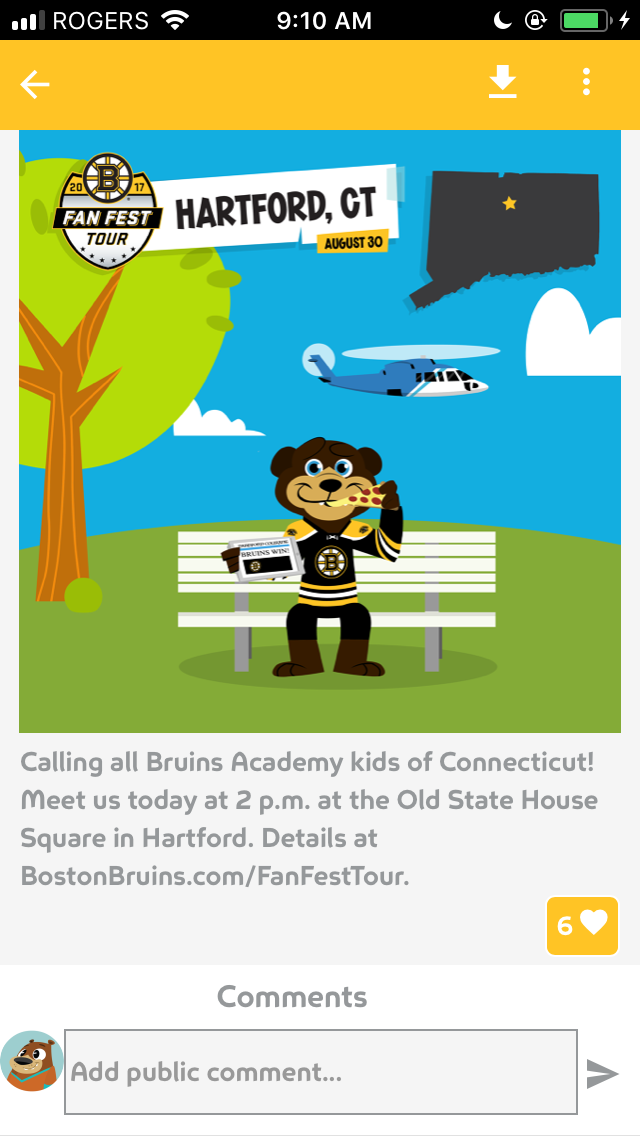 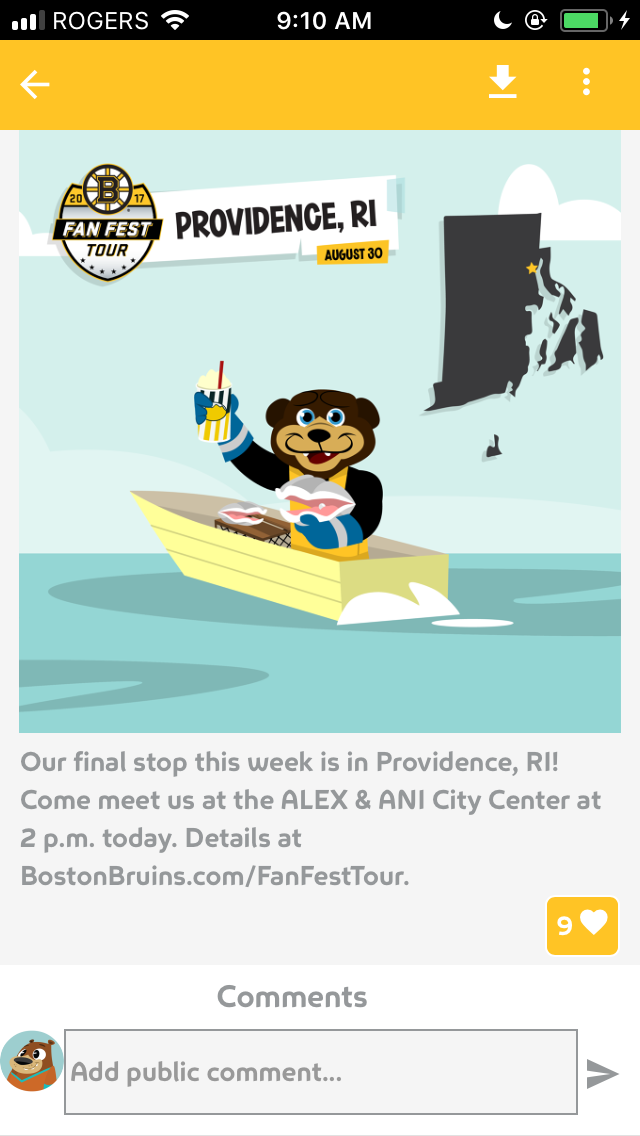 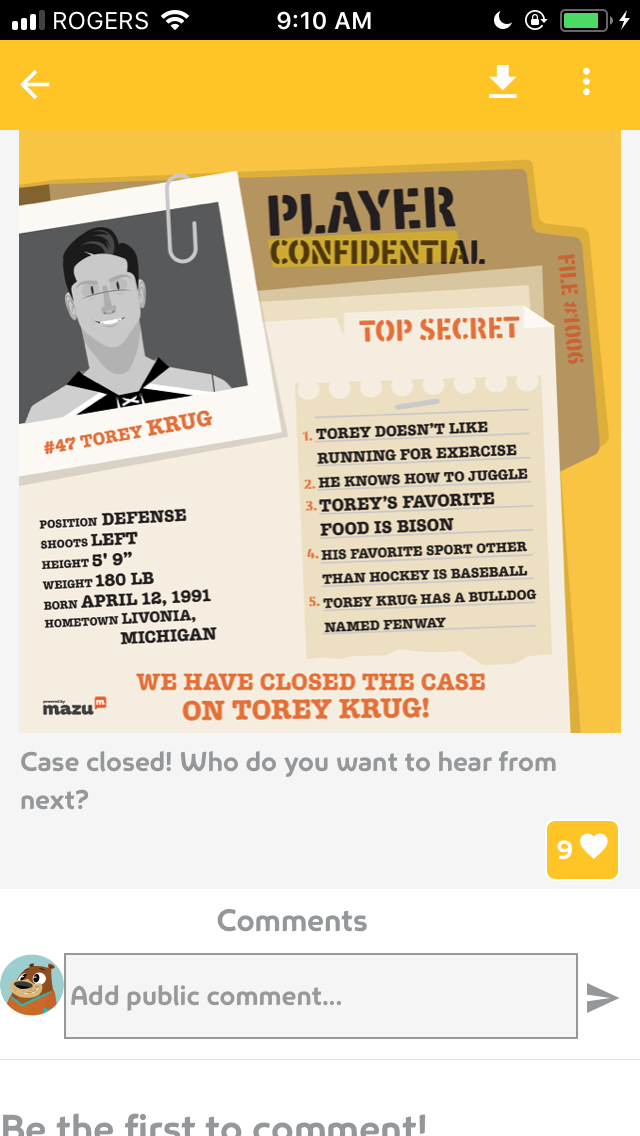 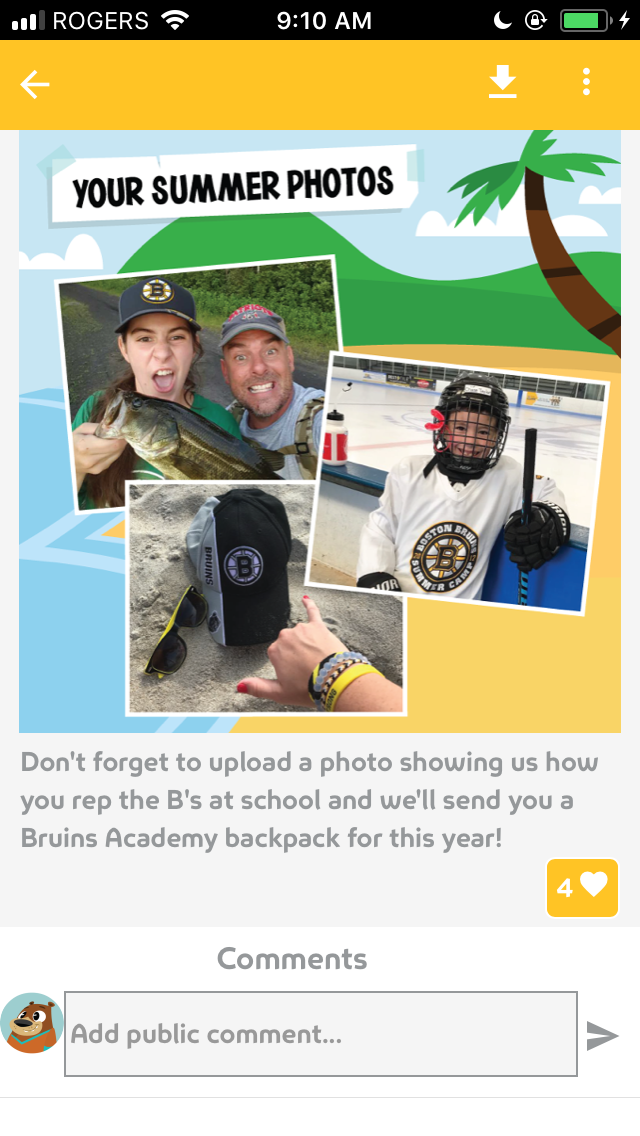 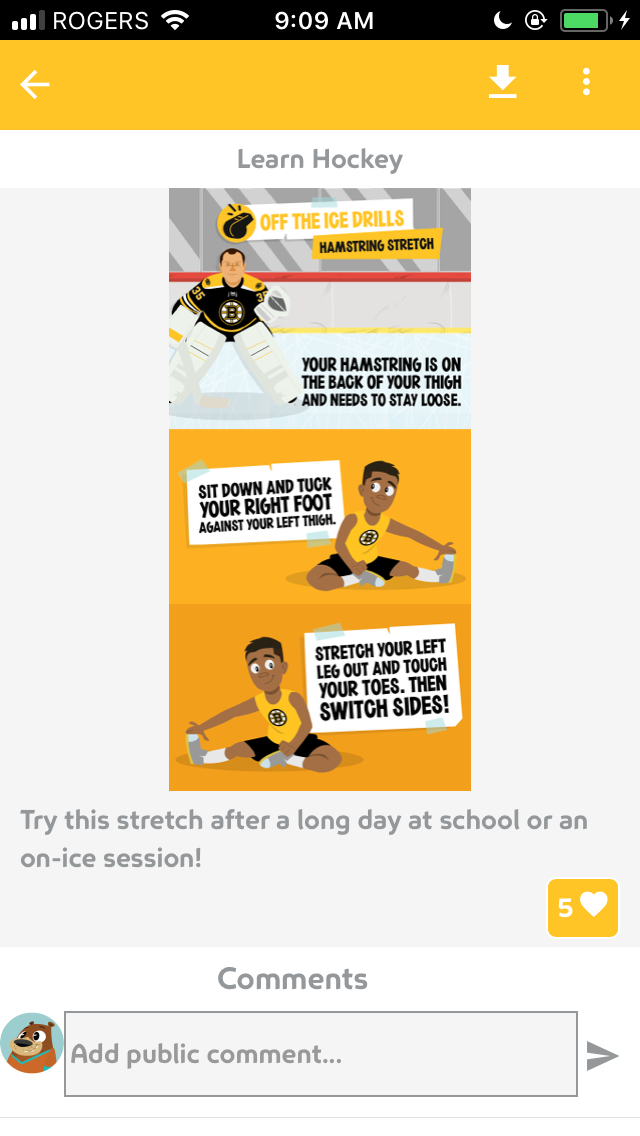 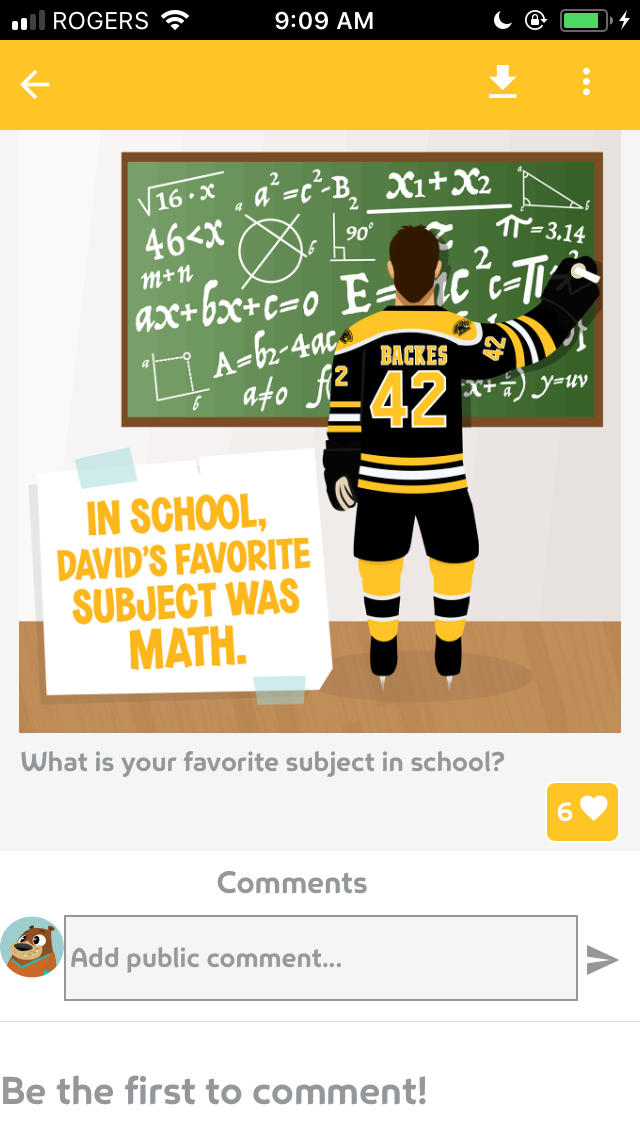 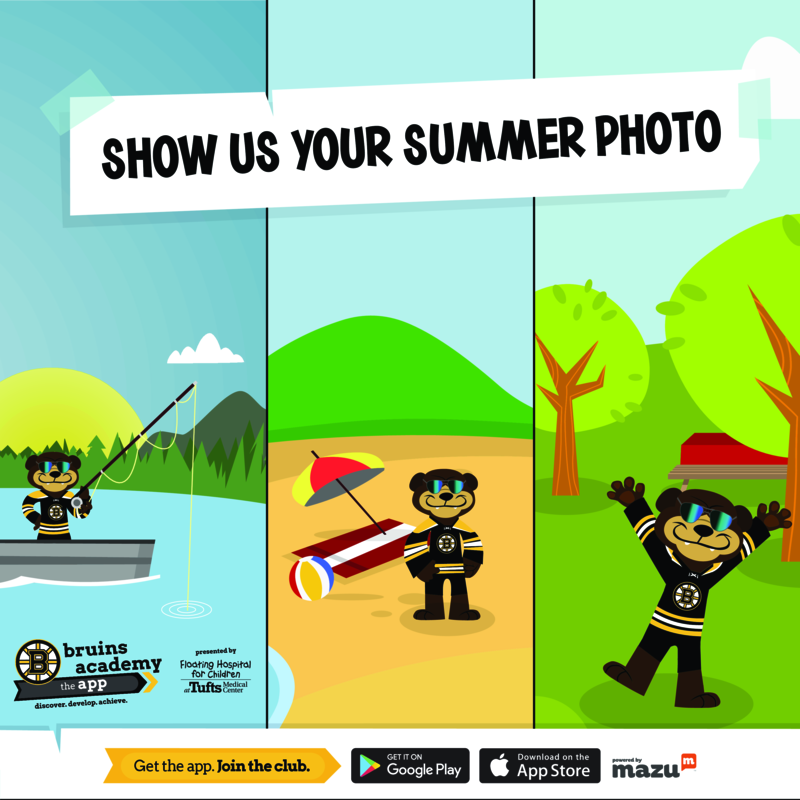