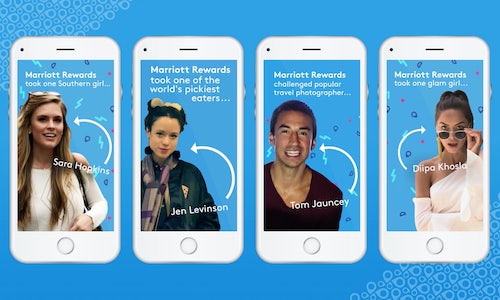 Marriott Rewards is one of the most well-known loyalty programs in the world; but when it came to younger travel-loving audiences (adults aged 21+), it sought a stronger connection. This branded series' objectives were two-fold among this audience:

— Increase awareness of Marriott Rewards and its portfolio of brands

— Shift perception of Marriott Rewards, increasing favorability and action-intent to join the program

To reach young travelers where they are already spending time, Marriott Rewards created the travel industry's very first episodic Snapchat series, "6 Days, 7 Nights." The series followed four social media influencers as they explored different cities around the world. If Marriott Rewards could get Snapchatters to watch the videos, it could drive the lift in awareness and consideration among young travelers it was looking for.

To get Snapchatters to swipe up on the videos, Marriott Rewards crafted a Snap Ads Long-Form Video campaign with multiple Top Snaps, optimizing for those that drove the most swipe ups. It followed creative best practices like keeping Top Snaps under 10 seconds, presenting the brand in the very first frames, and appealing to Snapchatters with both verbal and visual CTAs to "swipe up" on the videos.

Plus, the premiere episode has been named the top-performing advertisement on Snapchat to-date, achieving the longest average view-through rate of any campaign ever.

While the Top Snaps drove strong swipe up rates, the campaign delivered especially strong engagement, with the long-form videos enjoying an average play time of 39-seconds. That meant Snapchatters opted to watch a branded video experience for longer than most auto-play, pre-roll video ads last. Why? The videos spoke to them in a language they were already familiar with on Snapchat: organic, user-generated content in a vertical, full screen format, briskly paced editing, and fun creative additions like emojis, patterns and captions. Experimenting with targeting paid off, too. Marriott Rewards found the most engaged audience for the series by optimizing their campaign to bid on travel audiences who were more likely to swipe up on the ads. 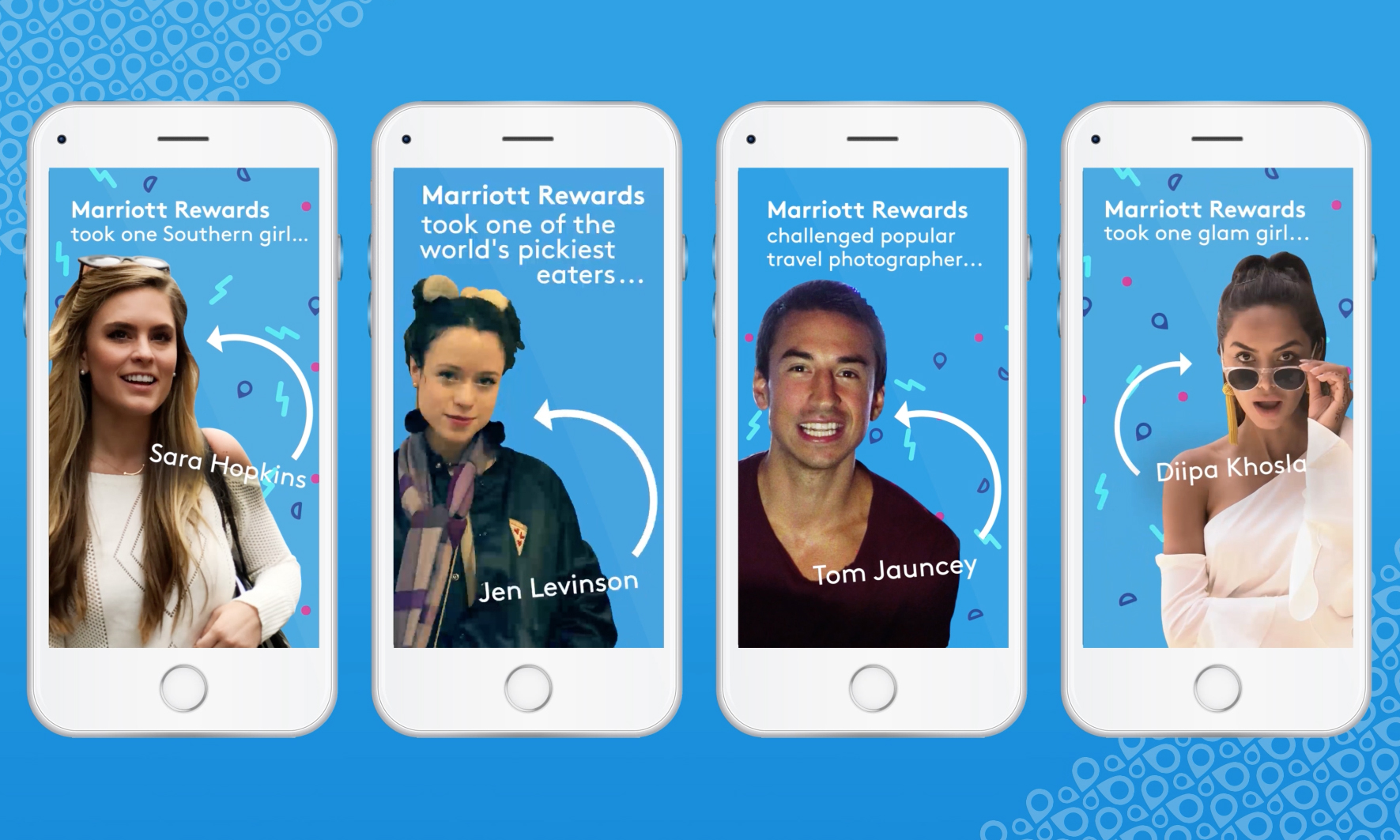