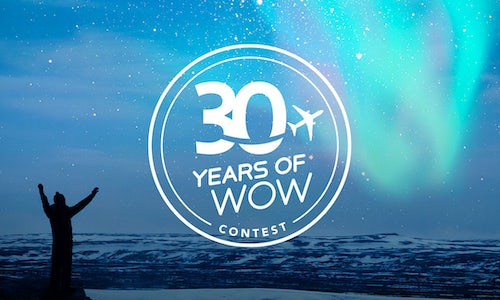 The ongoing Citi®/ AAdvantage® advertising campaign was born out of the insight that the "modern explorer" is out there—one who values seeking out the extraordinary and is always thinking about their next adventure. No matter where they are, their sense of exploration is always heightened and the Citi® / AAdvantage® card offers a rich suite of features and benefits built to fuel their passion for travel – the Card with Benefits Built for Your Adventure.

Citi and American Airlines were seeking ways to deepen engagement among travel enthusiasts, their target audience, through digital and social interactions—all with the intention to ignite exploration and celebrate the spirit of true travelers. In addition, 2017 marked the 30th anniversary of the Citi® / AAdvantage® card. To celebrate this rich history of travel adventures and generate awareness of this long-lasting partnership, Citi and American Airlines launched the 30 Years of Wow contest on Instagram.

The rules of entry were straightforward; users were asked to share their favorite "wow" travel moment from the last 30 years, reveal where they'd like their next "wow" moment to be, and tag @Citibank and the contest hashtag.

Once the contest concluded and entries were judged, three grand prize winners were each awarded 300,000 AAdvantage® miles and a $3,000 cash award to cover travel expenses – more than enough to fuel their next "wow" moment. An additional 30 honorable mention winners were each awarded 30,000 AAdvantage® miles to help get them closer to their next adventure.

We approached the campaign setup with an integrated media and creative strategy to ensure a cohesive relationship between content and planning tactics. Social content was built specifically for the shareable, inspirational, and conversational nature of social media. The contest deepened engagement and a reinforced the partnership awareness through a three-phased approach:

The Citi® / AAdvantage® card was strategically positioned as the tool that helps the modern explorer get places faster, better and more often—an enabler of exploration for the modern traveler. Creative came to life through a series of content formats, ranging from inspirational photography to animated travel motifs.

Hosting the contest on Instagram, the platform best known for sharing and showcasing beautiful photography, helped heighten the level of sophistication and authenticity of the campaign. Citi and American Airlines also approached media with a hyper-targeted strategy to reach users who had an adventure-seeking lifestyle. We achieved our objectives and surpassed our goals through lifestyle targeting, leveraging high-quality creative, and utilizing relatable storylines and messages.

The Citi® / AAdvantage® 30 Years of Wow campaign was an outstanding success and effectively delivered against key campaign metrics. With a primary KPI of engagement, the campaign delivered an engagement rate almost 2x the Citi Instagram benchmark. By showcasing striking creative, the contest yielded high quality entries—captivating travel photography, along with personal stories of exploration and growth.

An easy to understand message with a simple call-to-entry helped to garner over 8,000 entries, each carrying its own unique narrative of adventure and exploration. 30 Years of Wow generated 4x the amount of entries of a Citi/AA Q4'16 Instagram contest.

Additionally, the American Airlines email blast was extremely effective in driving entries, especially from consumers who were not necessarily native to Instagram. The email was sent to 1.96 million customers, and yielded an open rate of 31%. These results suggest that reaching out directly to those most likely to participate – in this case existing cardmembers – helped encourage response and drive additional entries.

Finally, the campaign saw high positive/neutral sentiment. A majority of comments were fueled by consumers' excitement around the contest, particularly the chance to win such a rich prize that could underwrite the cost of a new "wow" moment.

The 30 Years of Wow contest received extremely positive feedback, and proved to be a valuable tool in building customer engagement and awareness of the 30-year partnership between Citi and American Airlines. 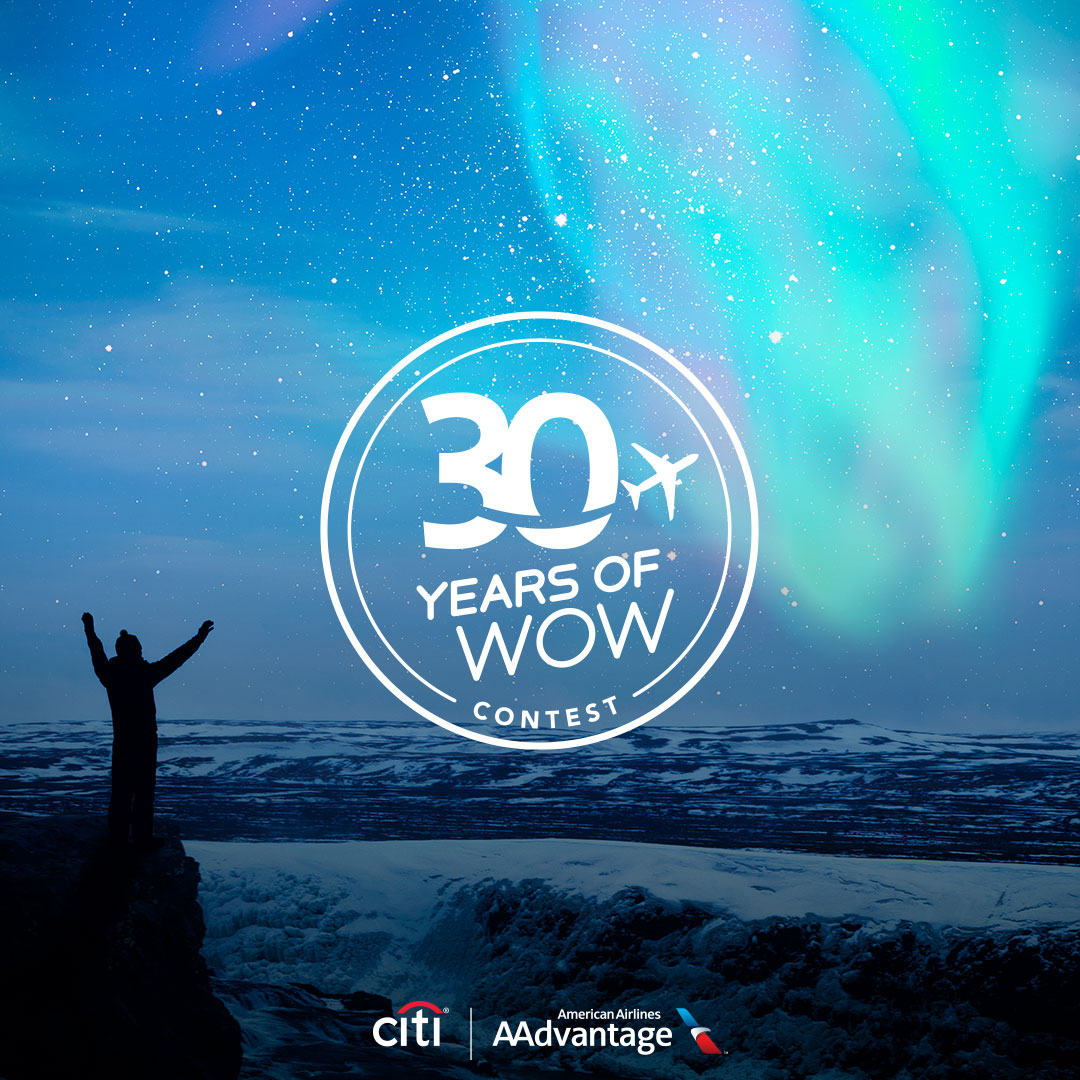