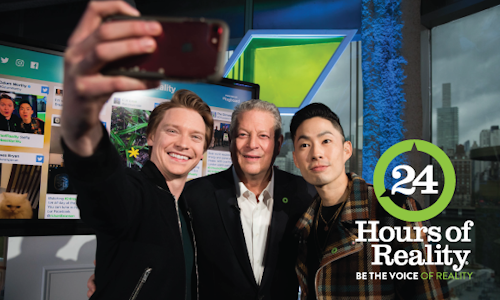 We know the climate crisis is devastating our planet. We also know from research that no one's talking about it. (As just one example, a 2016 Yale/George Mason University study found that only 18% of Americans hear someone they know talk about the crisis in a month.)

That has to change – and that's why we created the live global broadcast 24 Hours of Reality.

Each year, for one full day, this live global broadcast hosted by former Vice President Al Gore seizes the media spotlight with 24 straight hours of eye-opening conversations, insight, musical performances, and inspiring stories designed to get the world talking about the climate crisis and how we solve it together.

With the 2017 broadcast, 24 Hours of Reality: Be the Voice of Reality, taking place December 4-5, we sought to harness the power of social media and innovative technologies to spark a global conversation on climate that would reach millions and spread through every time zone.

Goal One: Engage millions in a climate conversation.

To start a conversation on the climate crisis, we brought together an all-star line-up of activists, artists, business icons, and thought leaders who shape culture and opinion across the planet.

But this was just the starting point for creating a much larger conversation. Throughout the program, we invited viewers to have their say and use their social channels to share and respond to what they were seeing. Using the hashtag #24HoursOfReality, people began talking to us and each other about their hopes for a sustainable future and how we can get there.

As the conversation spread in real-time live across the Earth, Disney star Calum Worthy selected the most engaging posts and tweets to feature live every hour of the program, creating yet another way for people to join this amazing event.

At a time when the news landscape has evolved, and Facebook friends can shape opinions as much as media institutions, we sought to harness the power of social dynamics and empower audiences to use their influence for good, becoming trusted messengers spreading the conversation to their friends, fans, and family members.

By partnering with Switchboard Live, we utilized new technology to allow the audience to use their own social media channels to broadcast 24 Hours of Reality live. We knew that when people saw their friends and trusted influencers like Sheryl Crow, Annie Lennox, and Nile Rodgers broadcasting live on their own social channels, they would join in the conversation too.

Influencers, celebrities, and viewers around the world participated and weighed in on the conversation with passion as they saw the global momentum build.

Goal One: Engage millions in a climate conversation.

With 27,541 people broadcasting the program on their social media networks, 24 Hours of Reality reached more than 3.5 million people and became the largest social broadcast on a social issue ever.

Became the top trending live broadcast on YouTube and trended worldwide on Twitter in places ranging from New York City to the Philippines.

Recruited 100-plus NGO and media partners to broadcast, share, or promote the program, from Scientific American, Grist, and Telemundo to the United Nations Environment Programme, the Sierra Club, and the Hip Hop Caucus.

Video for 24 Hours of Reality: Be the Voice of Reality 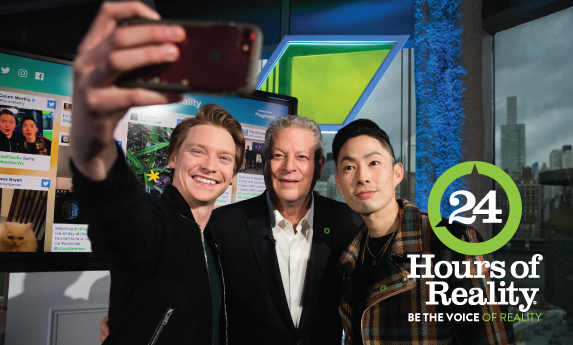 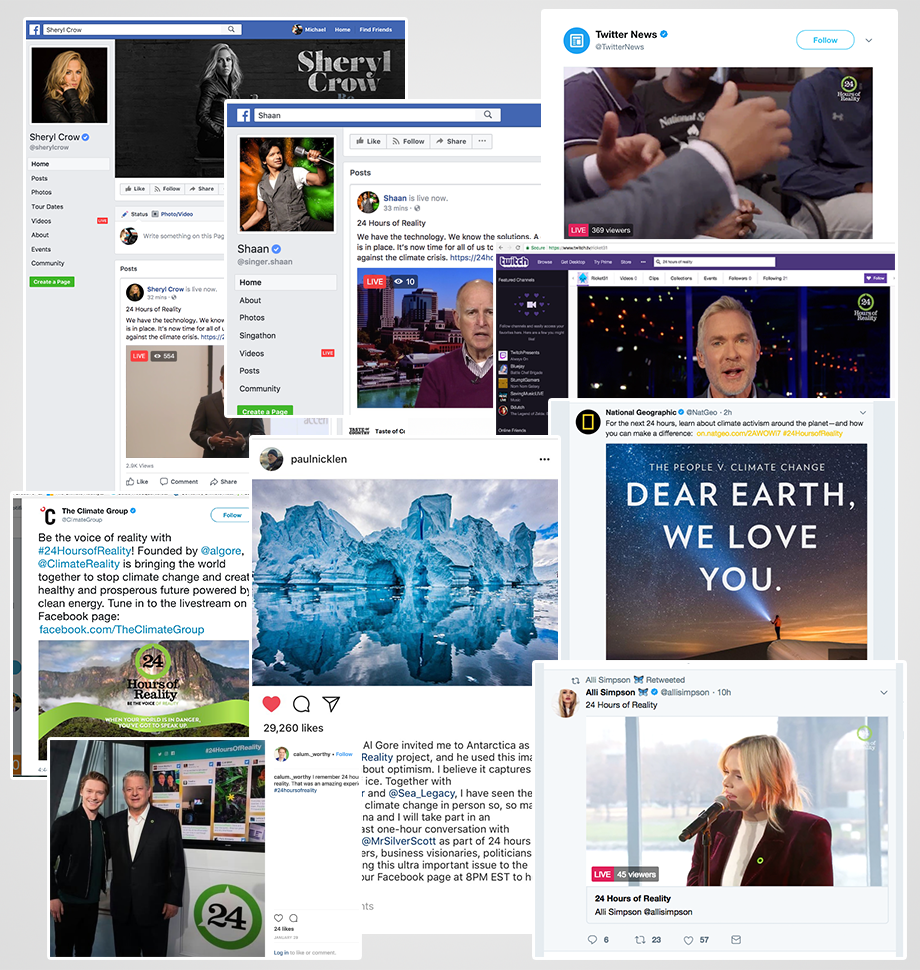 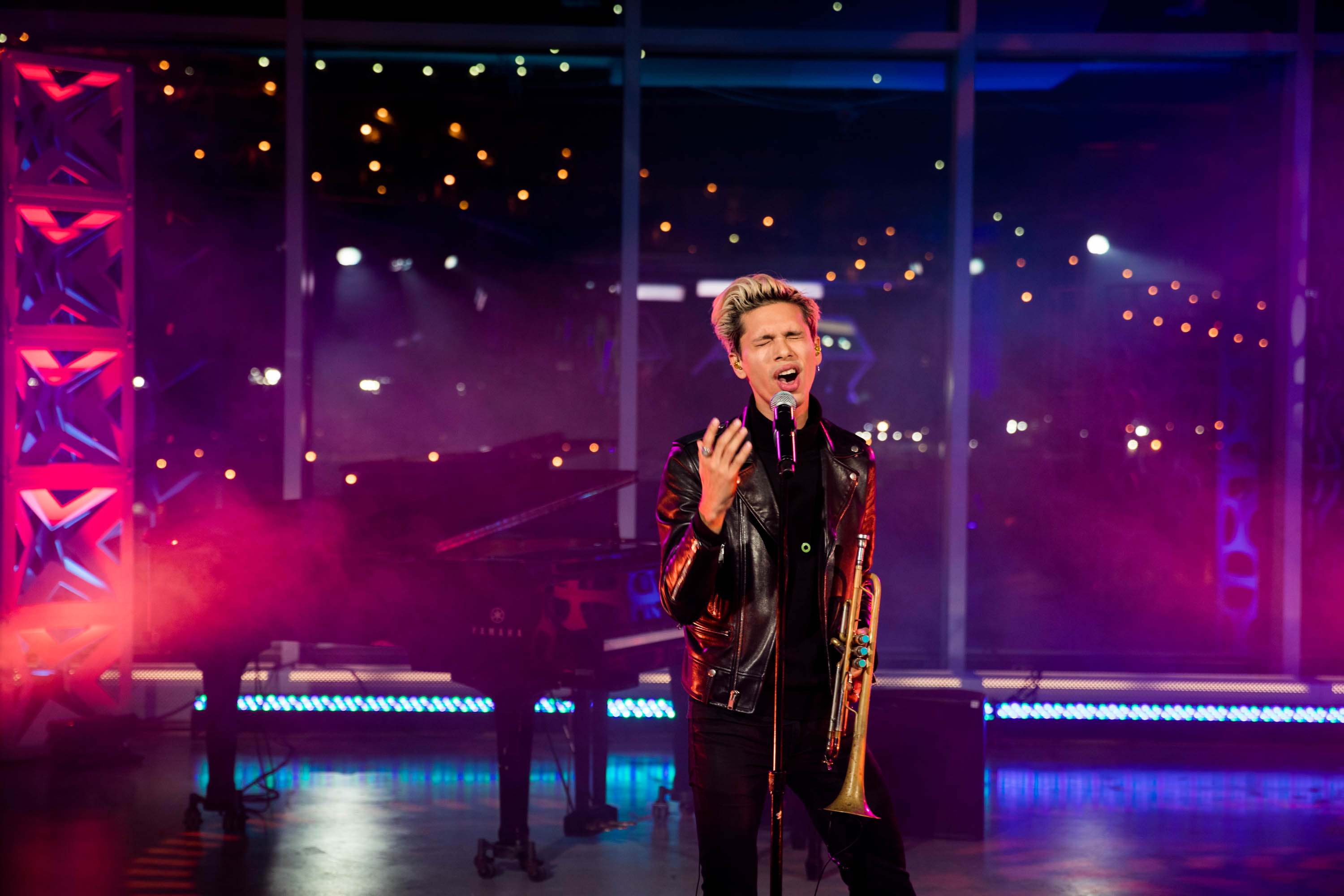 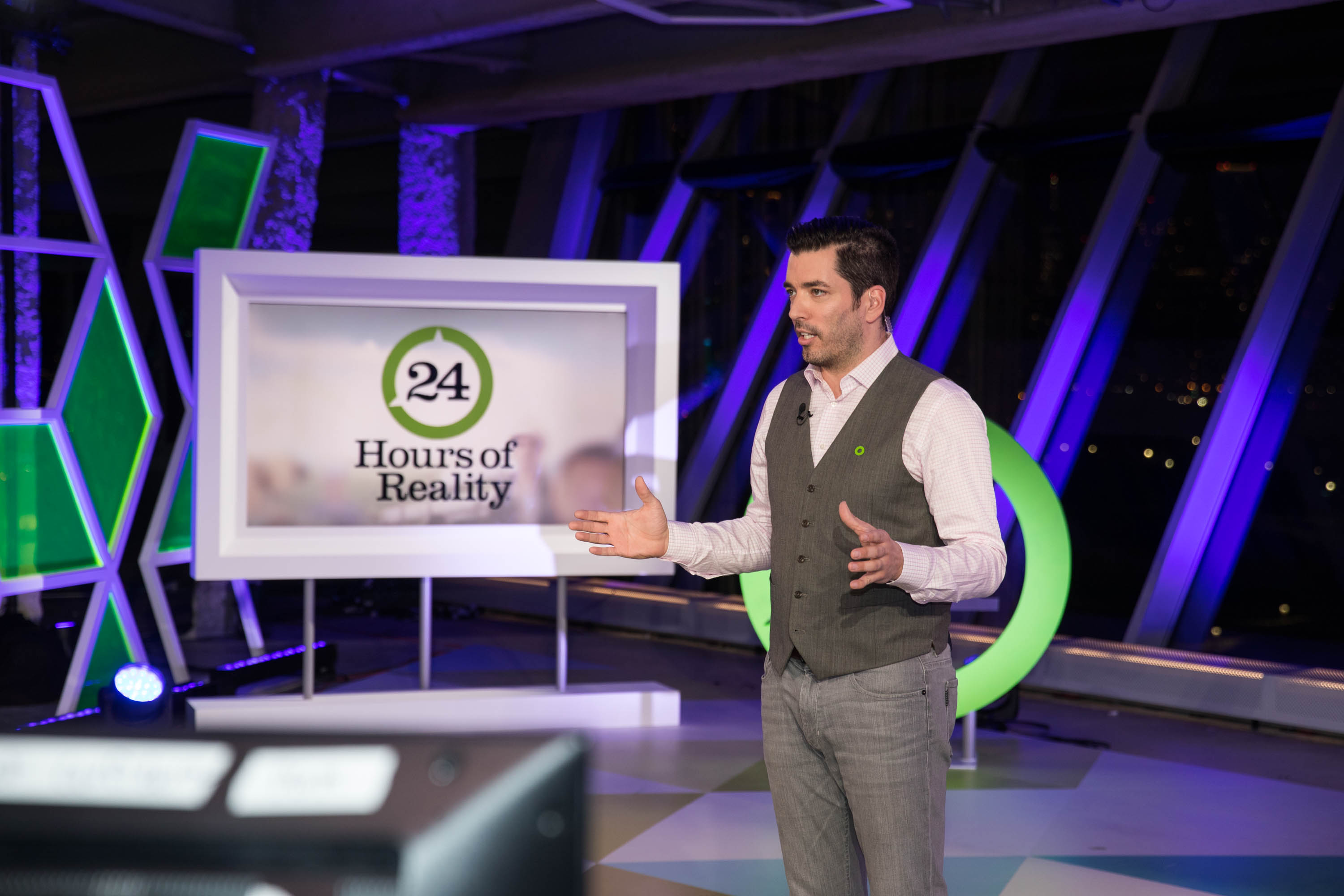 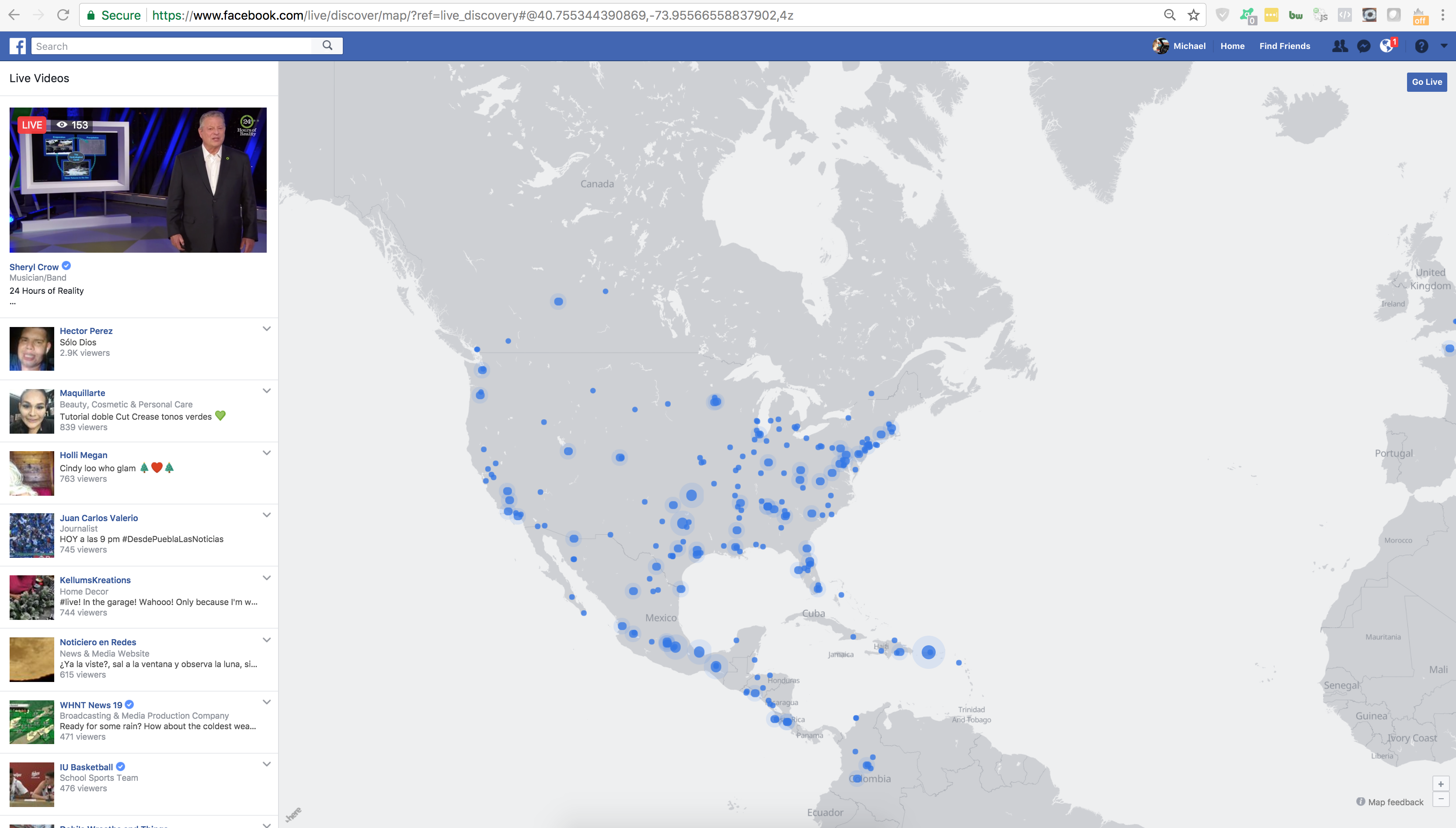 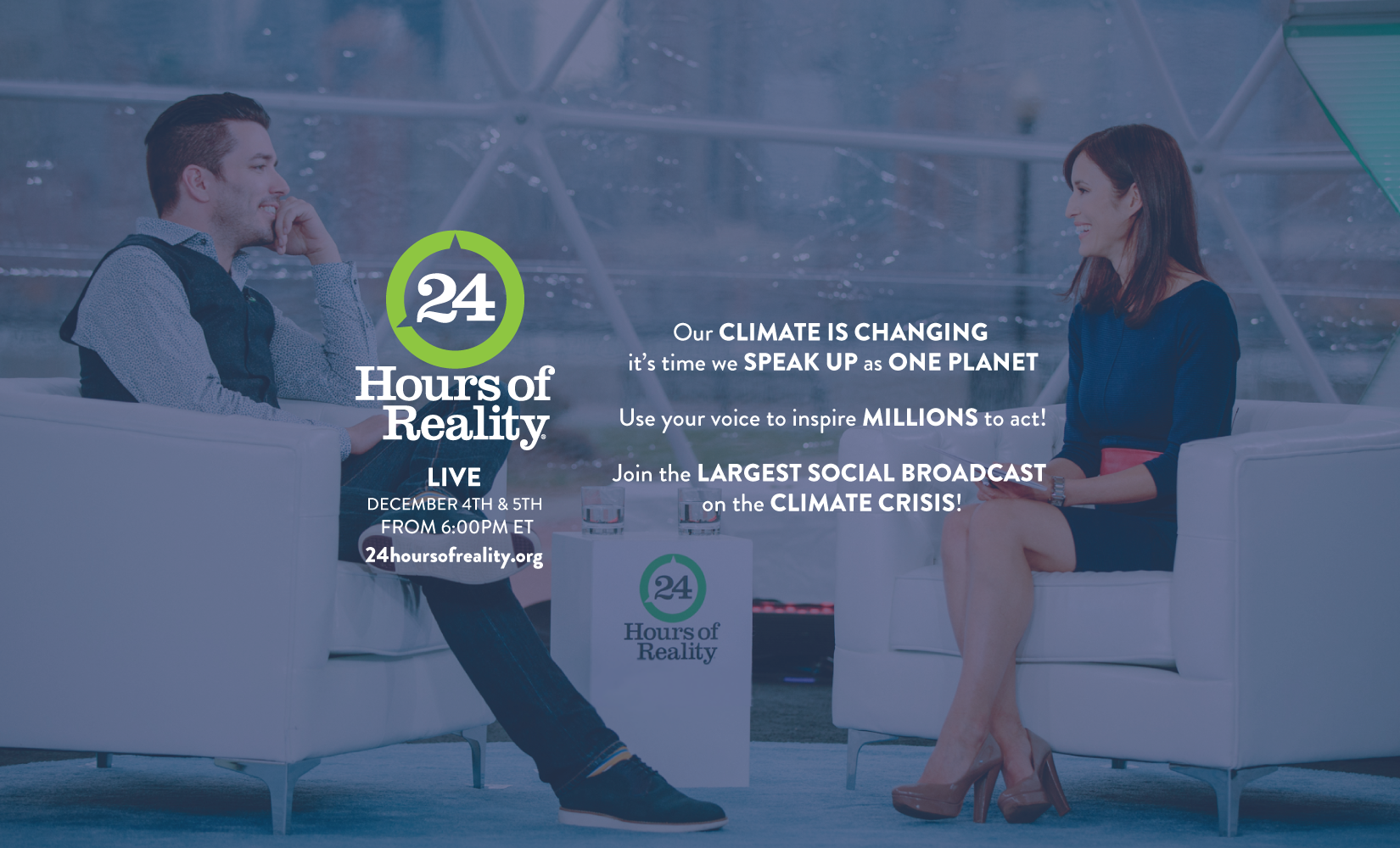 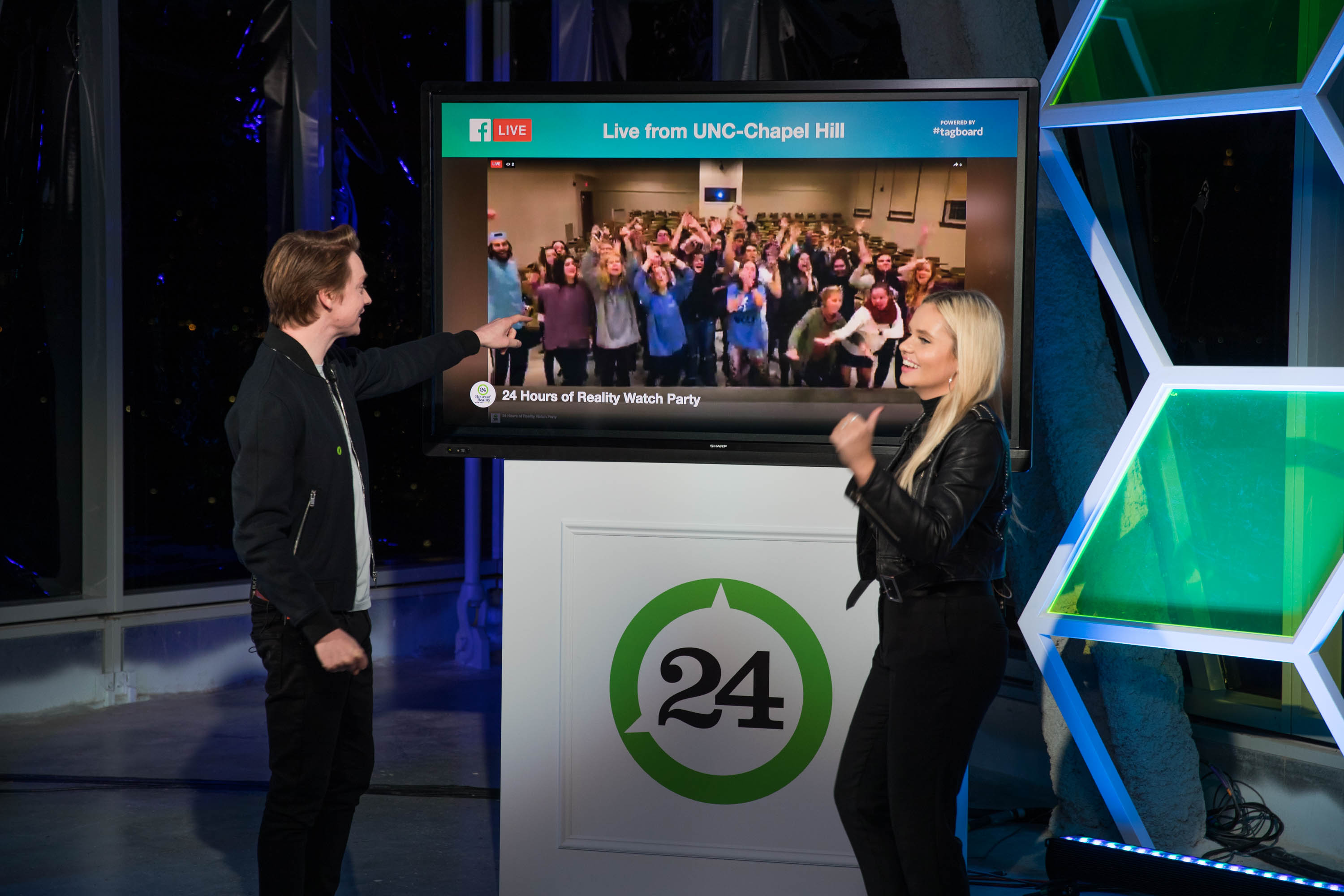 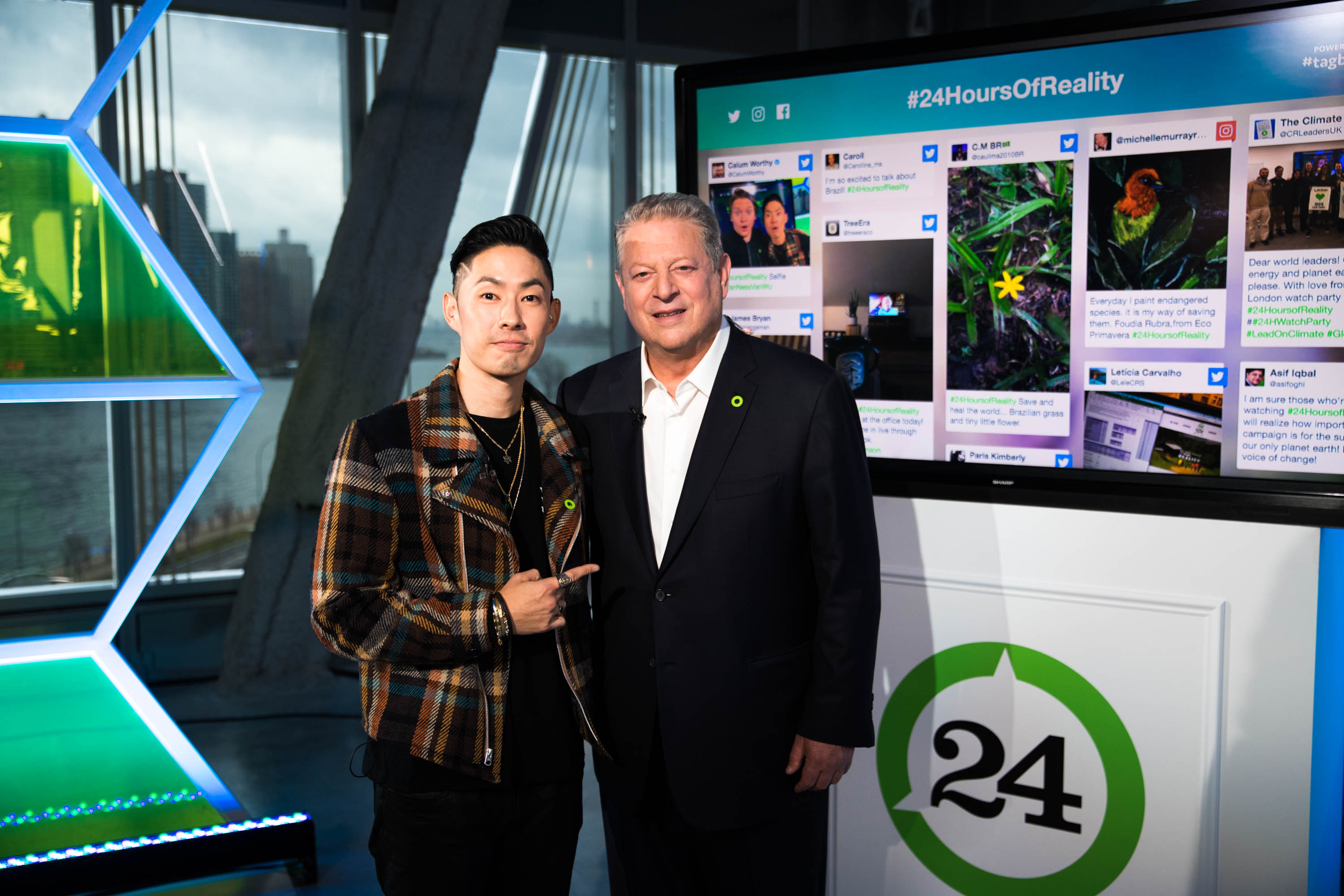 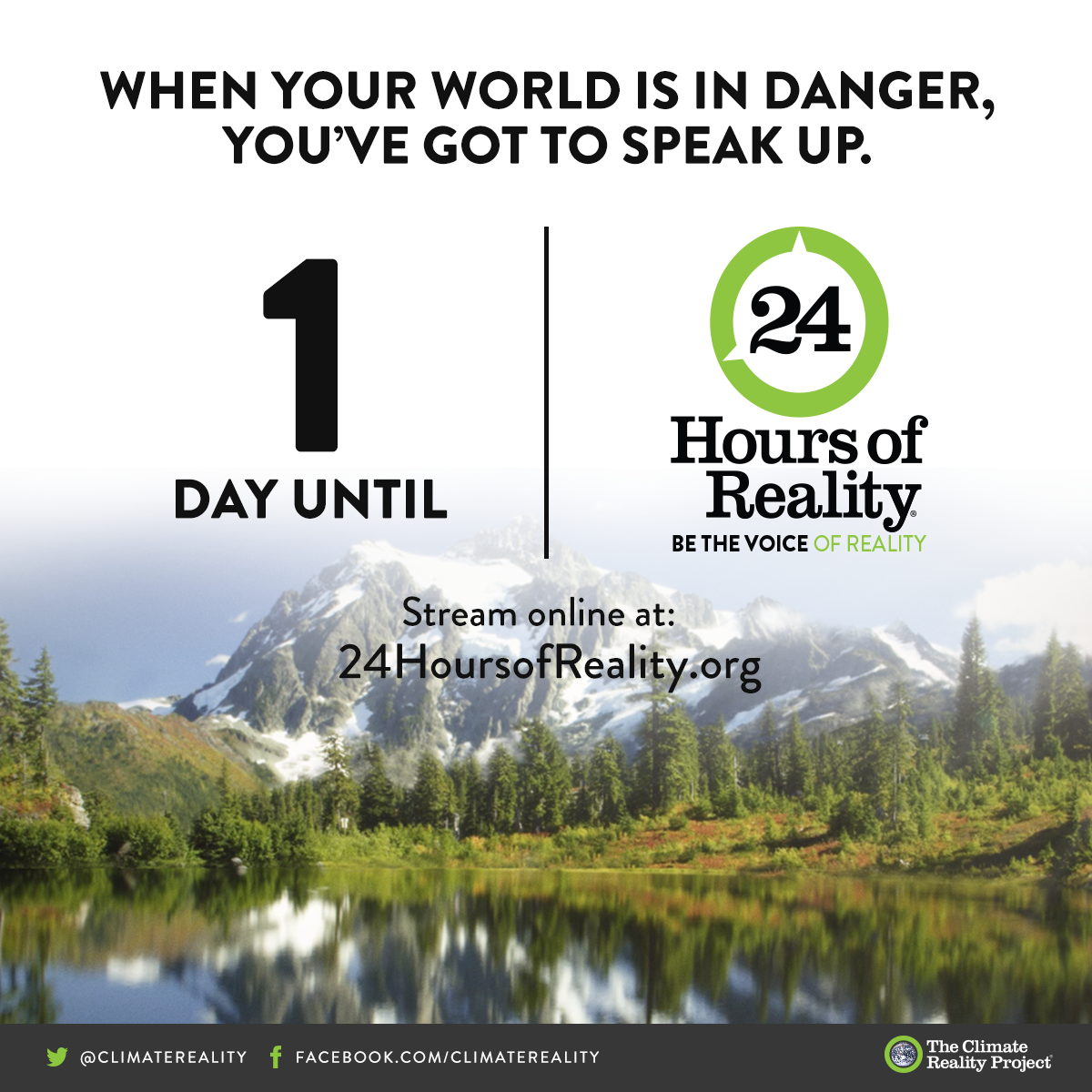