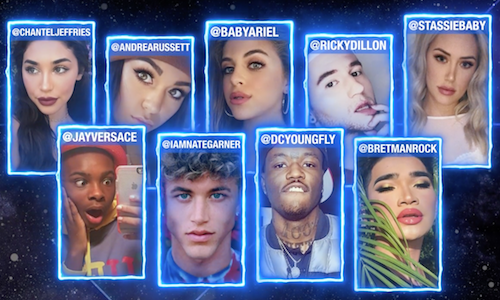 We had 3 goals going into the 2017 Video Music Awards category and nominee reveal: Innovation, Awareness and Authenticity.

Fans countdown the hours each year until MTV reveals the nominees for the Video Music Awards, sending us their theories and showing support for their favorite artists. This year, we wanted to deliver the news in a way that felt innovative and exciting for to audience.

We also wanted to choose mechanism for announcing the news that drove a wide level of awareness about the show. Working with 9 of our fans favorite influencers helped us address this goal, casting a wide net across the digital landscape.

And beneath it all, authenticity is always a goal for MTV. We strived to create an environment where our young, digitally-native audience discovered the news in a way that felt genuine to their existing digital consumption habits.

From the onset, we asked ourselves, "How do we reach our audience in an authentic AND new way?" The answer involved meeting our fans on platforms they are native to and partnering with their favorite social personalities to deliver the big news in real-time.

We chose social influencers instead of more mainstream celebrities to reinforce the fact that the VMAs are "fan first." Unlike other awards shows with voting academies, our fans are at the forefront of our campaign from the very beginning.

Inclusivity is important to MTV and our audience, so we selected a pool of influencers that reflects the diverse nature of our community. From beauty bloggers to Musical.ly stars, comedic YouTubers to LGBTQ icons, our influencers used cross-platform teaser posts to encourage fans to tune-in to a flood of Instagram Live streams to reveal a"big surprise" about the VMAs. We encouraged the influencers to use their own voice and vocabulary during the announcement in a way that felt custom-tailored to their audience. The response from fans was great because it allowed them to learn the nominees from their own niche communities before press caught wind of the news.

Giving our core audience of dedicated fans a "first look" by allowing them discover the nominees before the news went wide made them feel empowered and in-the-know. With an eye towards fan voting, the next phase of the VMA campaign, we used this announcement to get our fans engaged at the ground level for a month long of VMA fan-first experiences.

Our campaign was based around three measures of success:

Innovation - Instagram hailed MTV as the first brand to use their Instagram Live feature as an announcement mechanism. MTV's digitally-native audience adopts quickly to new platform features, and was eager to connect with us in real-time to uncover the VMA nominees Live on Instagram.

Awareness - Our pool of influencers had a combined following of over 38 million people on Instagram alone. Utilizing their own preferred platforms and organic posting styles, the announcement initiative ultimately drove 900K+ video views on Instagram Live!

Authenticity - We used our fans favorite accounts on their favorite platform to deliver our message to them in a place where they were already tuned in. By bringing the announcement directly to the fans, rather than attempting to bring them to our owned domain, the announcement hit directly where we wanted: to the most engaged & passionate fans in our target audience.

This campaign served as the first beat of our VMA influencer campaign, which culminated in their live coverage of the red carpet and of show itself. By incorporating these influencers early on in our nominee announcement, we created a longer-form story that rolled out over the weeks leading up to show, shown exclusively from their unique points of view. 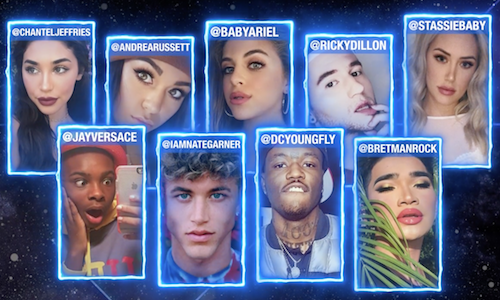