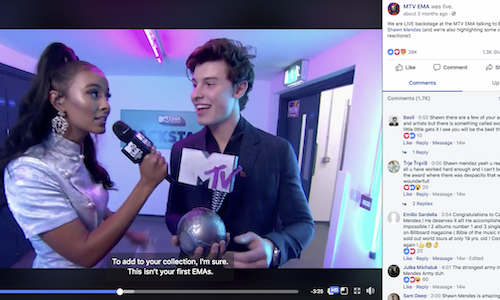 Throughout the 2017 EMA campaign, we brought live coverage of highly anticipated events, featuring the artists and personalities music fans care about, to audiences on Facebook. Not only did we give fans on Facebook access to exciting EMA events and stars, but we also provided them with multiple opportunities to take action and participate in what they were watching.

We began providing fans with live EMA coverage weeks before the actual show. Shortly after international pop singer, Rita Ora, was announced as the show's host, we used Facebook Live to connect audiences with her and the 2017 EMA host city, London. During the Facebook Live interview with Rita Ora, which took place aboard the iconic London Eye, fans got to submit questions to her and take in views of London all in real-time.

When EMA weekend finally arrived, there was no shortage of live coverage of all the action on Facebook. The MTV EMA and local MTV Facebook pages streamed events, such as David Guetta's performance in London's historic Trafalgar Square, backstage interviews with performers like Camila Cabello, and many other star sightings on the red carpet.

The live commenting on Facebook Live made fans feel like they were part of the action and we employed multiple devices to encourage them to comment and react to what they were seeing on screen. We scripted the streams according to the types of interactions Facebook affords viewers, such as emoji reacting and commenting, and we also inserted lower third graphics, which instructed fans to vote for certain outcomes with emojis, into the streams.

On the operational side, we have a unique challenge to deliver to a global audience. Having considered the potential increase in viewership that Facebook Live afforded us, our team developed internal tools to simulcast the MTV EMA page's Facebook Live streams on multiple local MTV pages (like MTV Australia, MTV Italy and many others!). Simulcasting gave us the ability to broadcast MTV EMA live streams on local MTV Facebook pages without needing local social media managers to take action as localized meta-data was included in all cases. The simulcasting ensured that fans of the local MTV accounts received exclusive live EMA content in real-time and in local languages. During the campaign, we simulcasted 25 of the MTV EMA's Facebook Lives on 20 local MTV pages.

We also aimed to engage a global audience by drafting seven social media influencers who represented different world regions and could connect with local audiences in their native languages while on the ground at the EMA. The Social Squad included Hugo Gloss of Brazil, Madison Beer of the US, Bontle Modiselle of South Africa, Sophie Kasaei of the UK, Charlotte Crosby of the UK, Marcel aka KsFreak of Germany and Manuel "Krappi" Krappinger of Germany. The Social Squad members went live, on Facebook, from the red carpet or backstage, and appeared in produced segments—providing EMA fans all over the world with live coverage in their native languages.

Incorporating social media influencers who represented local MTV regions was a great way to connect global audiences on Facebook with the EMA. When South Africa's favorite Social Squad member, Bontle Modiselle, hosted a Facebook Live from the EMA red carpet it was viewed over 800k times on the @MTVBaseAfrica Facebook page. 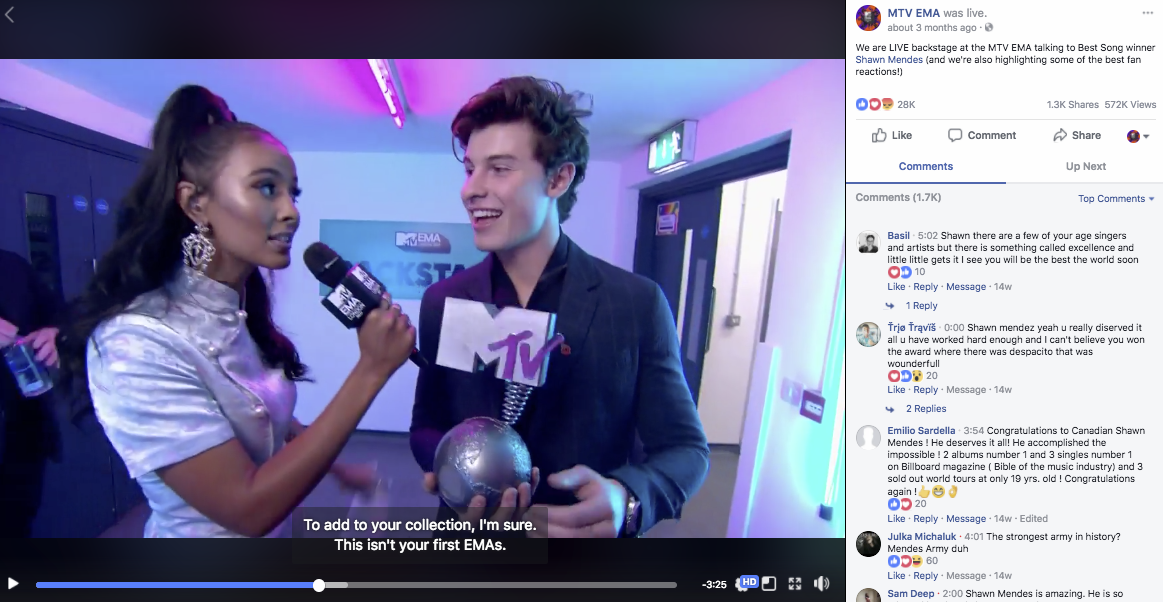 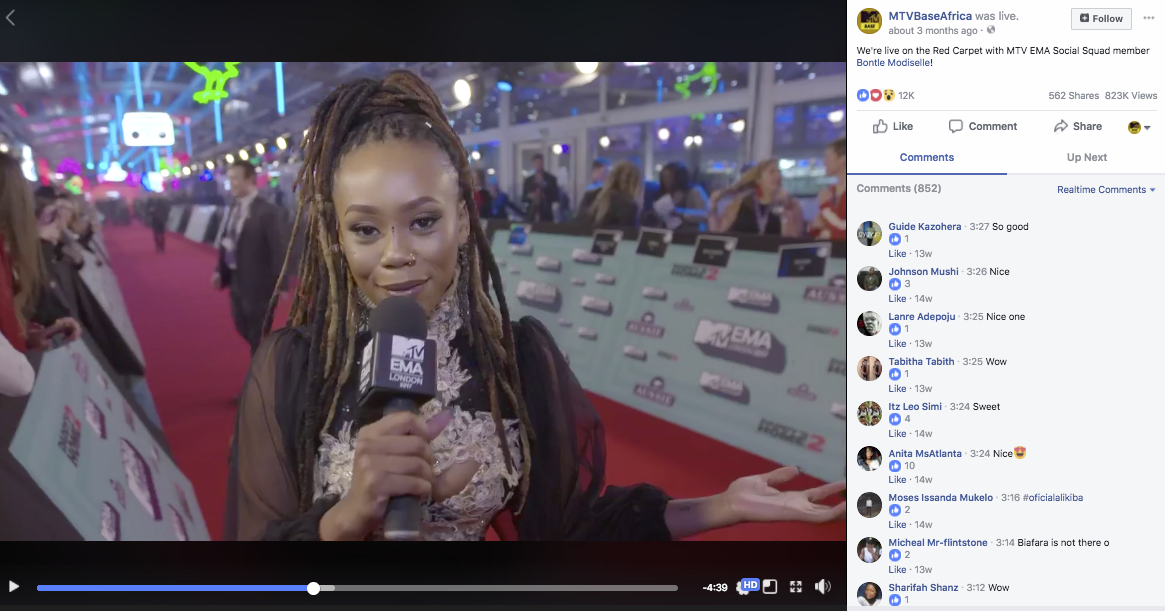 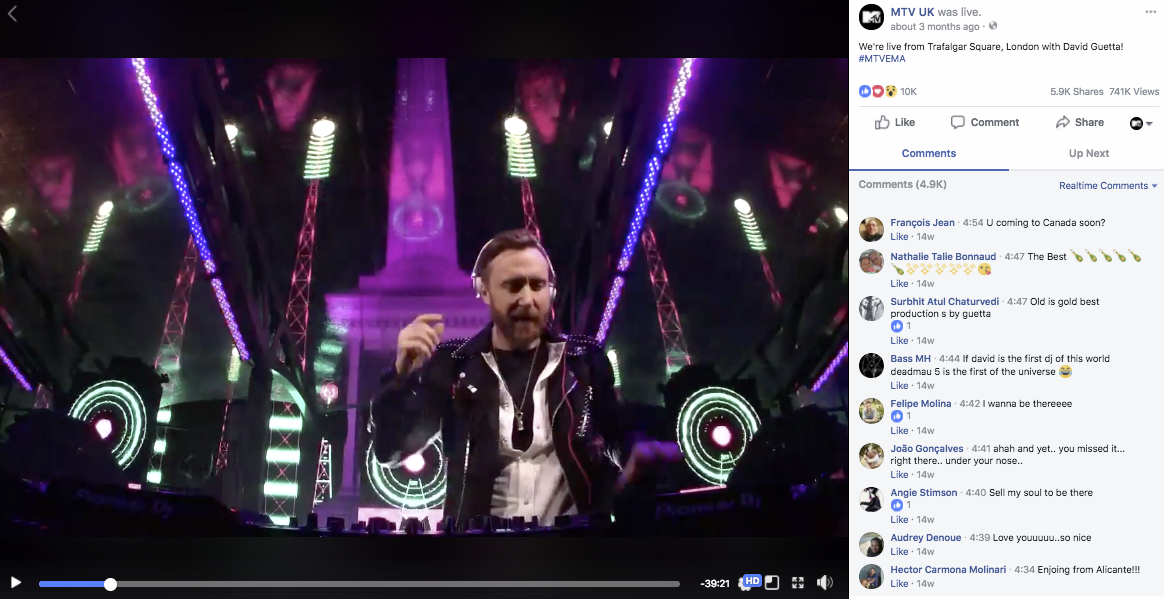