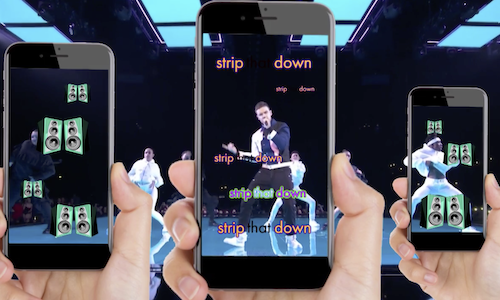 Our objective was to create AR features that young music fans would be excited to use, set a mood within the fans' physical space, give them access to the live event space and performances in real-time, engage global audiences both at home and at the show, and, finally, further innovate with full immersion of our audience into the EMA via our app (available for iOS/Android in 11 languages globally).

For the 2017 EMA, we added AR to the MTV EMA app to give the Snapchat generation a familiar and fun way to immerse themselves into the experience of the EMA performances.

In the lead up to the show, we created London-themed objects and filters so fans could familiarize themselves with the app's new AR features as well as the 2017 EMA host city.

We created a total of 18 interactive 3D objects, 15 of which were customized for the performances of international pop stars Demi Lovato, Camila Cabello, Liam Payne and Rita Ora. The AR objects were unlocked just in time for the performance they were meant to accompany and app users were alerted each time the objects were made available. A neon sign that read "Sorry Not Sorry" was unlocked during Demi Lovato's performance of "Sorry Not Sorry" while a Cuban flag was unlocked during Camila Cabello's performance of "Havana." After the show, all objects were released for use in everyday life.

These 2D and 3D rendered interactive objects filled the viewport of a fan's device screen within the app, floating in the air, in 360° around them. By moving their device, users were able to see all the objects/effects filling the room. These objects had their own independent animation loops and were able to move independently of each other, plus they were interactive. Viewers were able to tap to different outcomes based on what made sense with the performance.

Blending these digital objects with physical environments opened up new ways to interact with our fans. Each object had a list of pre-defined parameters to choose from to ensure that no two performance experiences were exactly same (i.e. speed of the objects, size of the objects, placement of objects). Fans could also take photos and video clips of themselves and their friends interacting with the special effects, and share on their social platforms.

In addition, the EMA Social Squad, seven of our global audience's favorite social media stars, raised awareness of the AR features as they demonstrated how they used them on the MTV EMA Instagram Stories during show week.

The AR features were a hit with our audience. The average time spent on the app was 8 minutes. The pages within the app were viewed over 5.5 million times.

The Social Squad members successfully highlighted the appeal of our AR features. They captured and shared how they were using the AR features in 27 global posts across Instagram Stories, Twitter and Facebook. Their AR posts garnered over 150 million estimated impressions on social media. 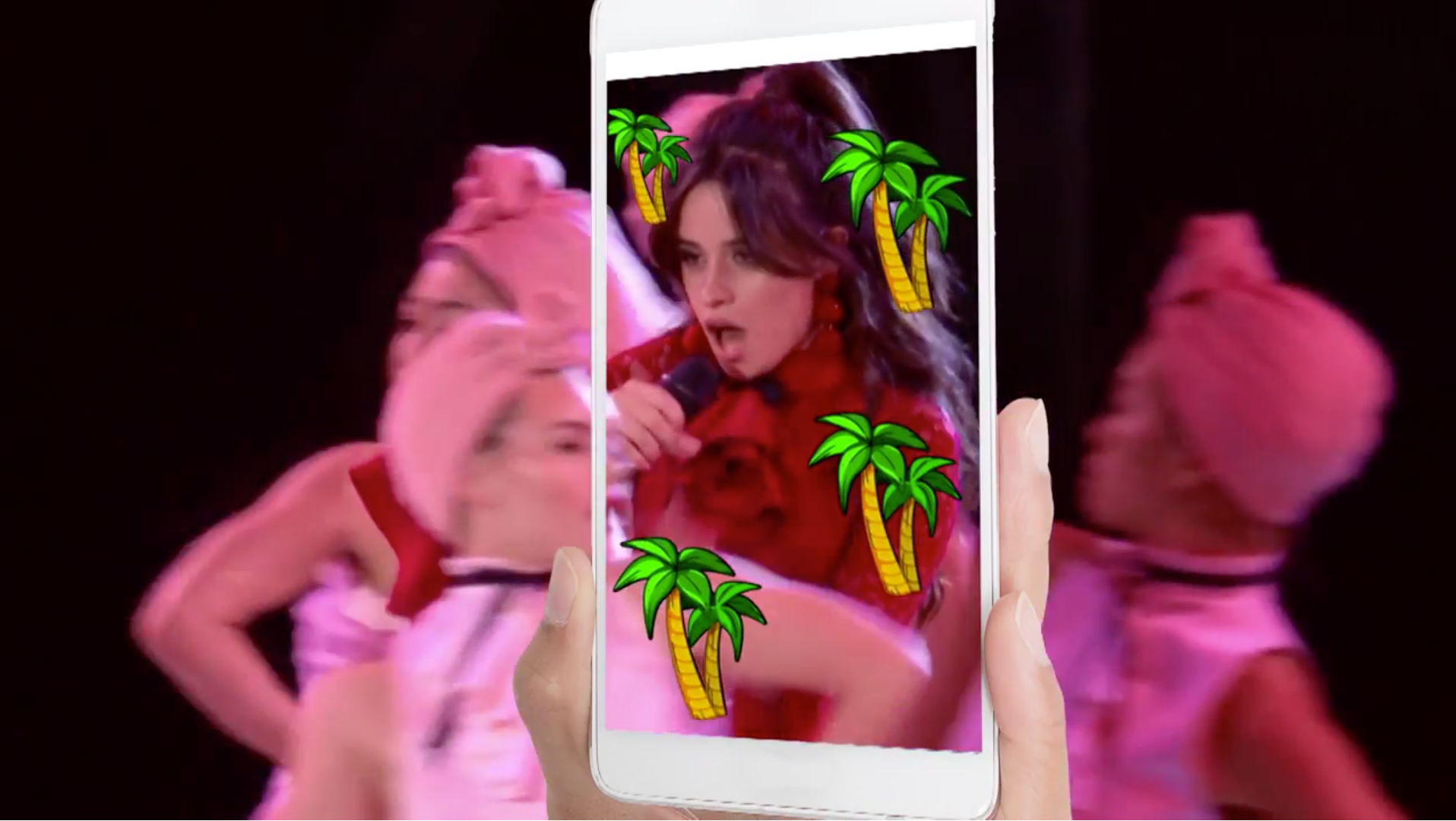 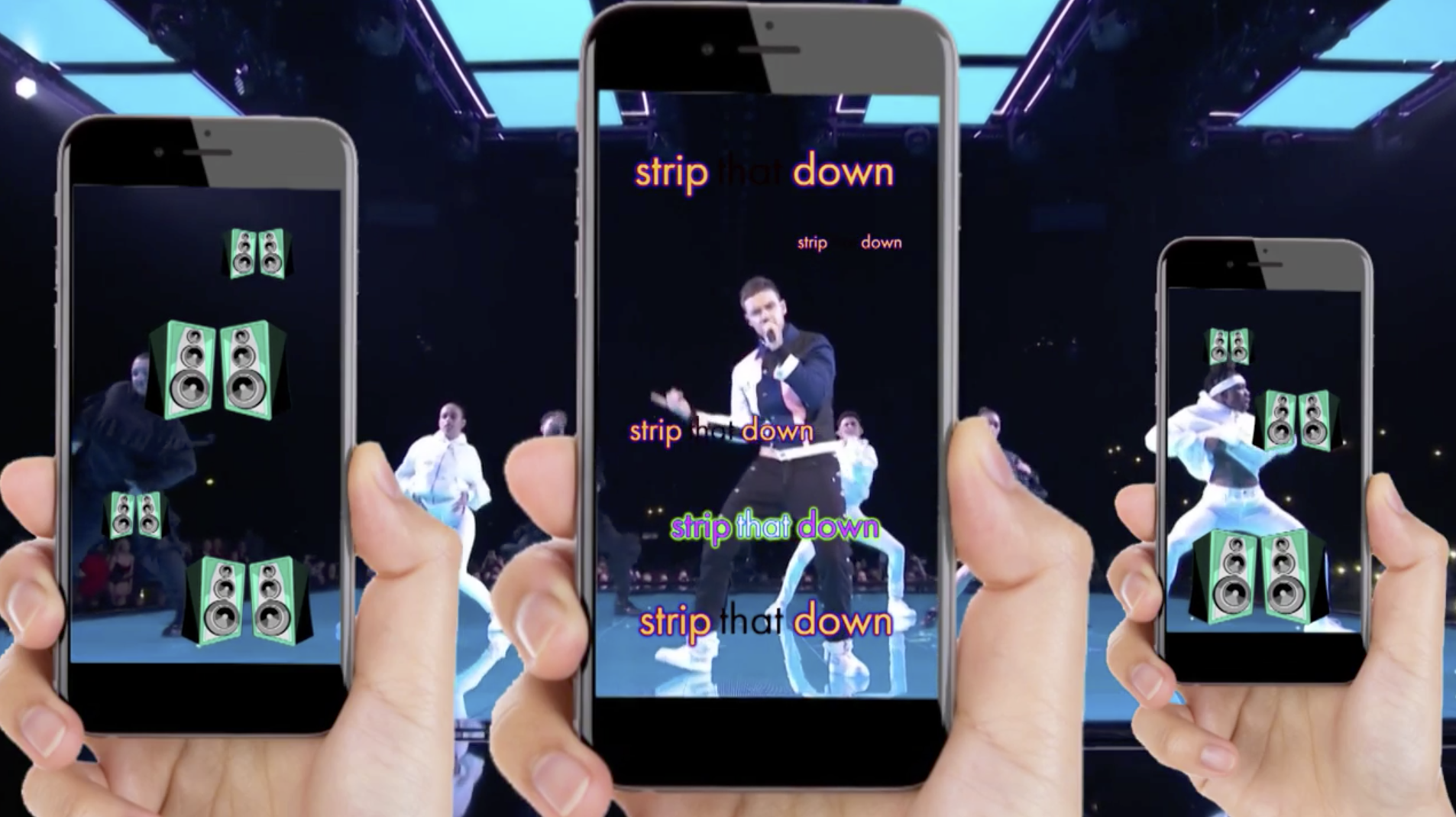