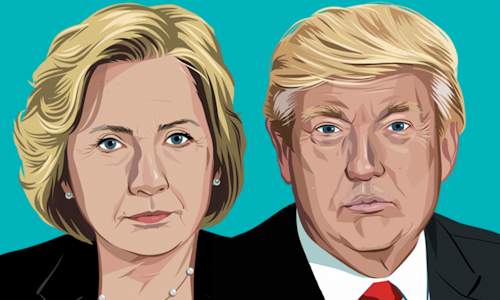 The Washington Post is widely recognized for our world-class journalism. Our objective in 2016 was to highlight and elevate our politics coverage on social media during in a historic election year in the United States. We looked to reach new audiences of all ages and experiment with new ways of delivering political news.

One of the hardest things about getting users interested in politics is overcoming the talking head problem. Across social media, wire photography and video yields nearly identical visuals for stories across the web. The Post was looking for a visual way to distinguish itself in a crowded field of competitors

Our solution: We commissioned a set of (full-body and headshot) candidate illustrations (see below) starting in the primaries and used those illustrations through election night across our social media platforms. These illustrations were built into an internal tool to create quote cards that showed a quote of what a political candidate said. We iterated on this tool for several months, developing ways to include fact checks and make animated gifs and vertical crops. We ended up using the illustrations across Twitter, Facebook, Instagram, Snapchat, Viber, Tumblr, Quora, Medium, and more.


These illustrations helped introduce new readers to The Post by making sure they could identify Washington Post stories across social media platforms and home in on key quotes and analysis in an accessible way.


The Post team wanted to ensure we were not playing it safe by sticking to the most mature social networks for our election social strategy. It was important to us to build new distributed channels for our political journalism.

The list of experiments is too long. But we want to highlight a few important examples that showcase the diversity of platforms and level of ambition:


- Feels Bot: A Facebook Messenger bot devoted to telling the emotional journey of the final two weeks before election day.

- Genius Annotations: A way to annotate political speeches and debate transcripts through a partnership with Genius.

- Medium: Answering questions about voting and the issues via a Medium publication.

- Instagram mosaic (see below): Nine individual videos that add up to a larger image.

- Robot reporter Persicope from the conventions


We invited readers on social media to follow and participate in our reporting. The best example was David Fahrenthold's use of Twitter to report on Donald Trump's charitable giving. From publicly tweeting at charitable foundations to asking for readers' help finding a painted portrait of Donald Trump (a success!), Fahrenthold was bringing readers in to the conversation and reporting process. Similarly, we did live coverage directly on social platforms. From Facebook Live political interviews to Snap stories from political protests, we brought followers critical live updates as news was happening and sometimes before stories were written for washingtonpost.com.

By all measures, The Post was at the center of the 2016 election conversation. From editorials to a lewd tape, our stories were among the most read pieces of political journalism and opinion anywhere, reaching over 100 million people in October alone. And our unique social strategy helped to elevate that work to millions of readers across the country who might have normally not seen it.

The Post achieved its goal of elevating our coverage in a unified and unique way across social platforms. We delivered thoughtful and in-depth reporting to new audiences on social media and broke news natively with social platform tools. 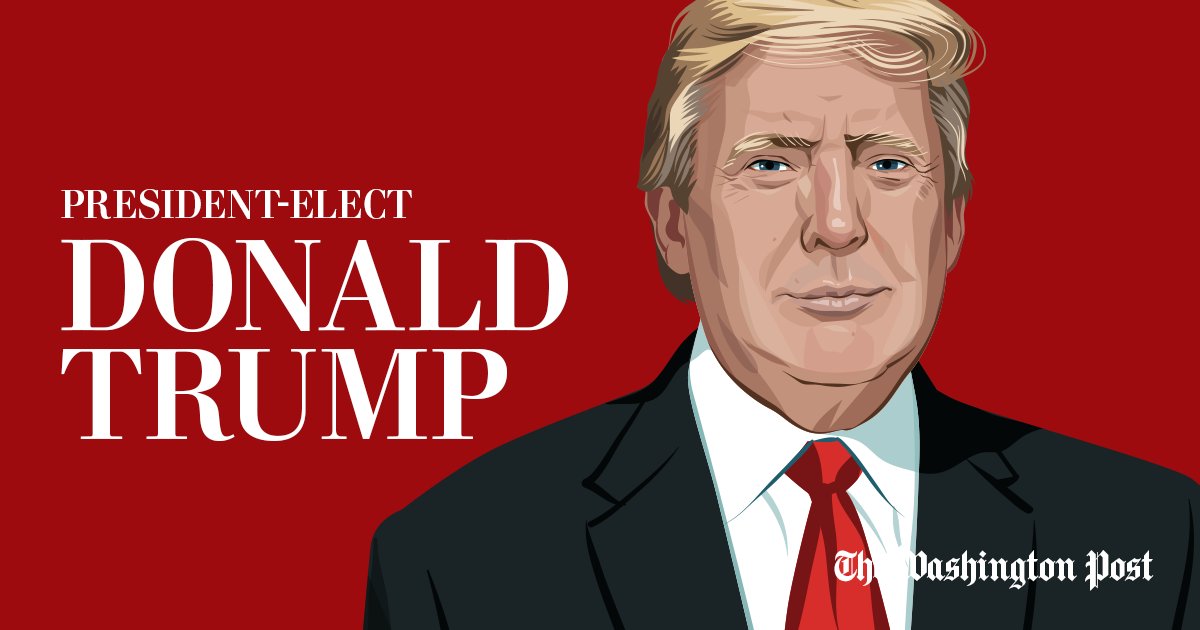 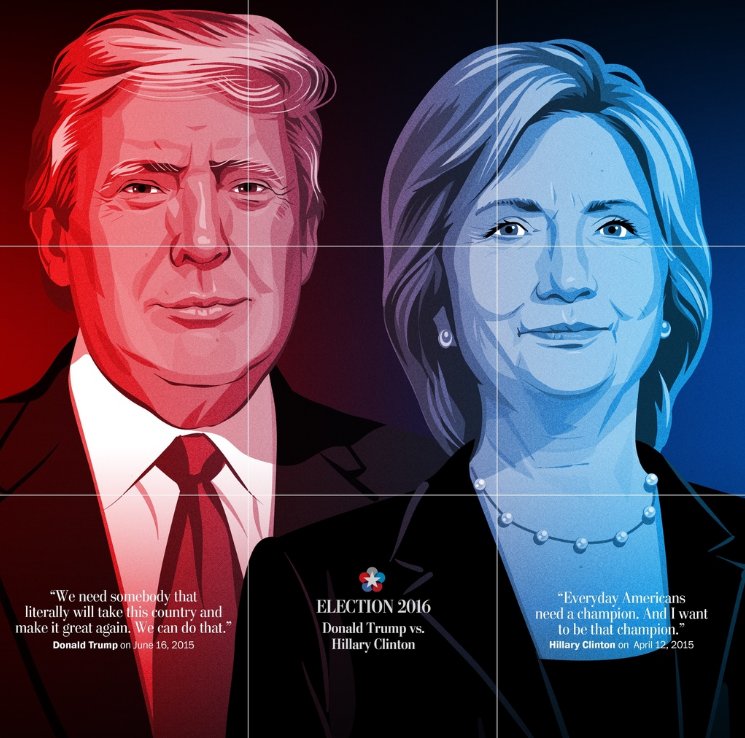 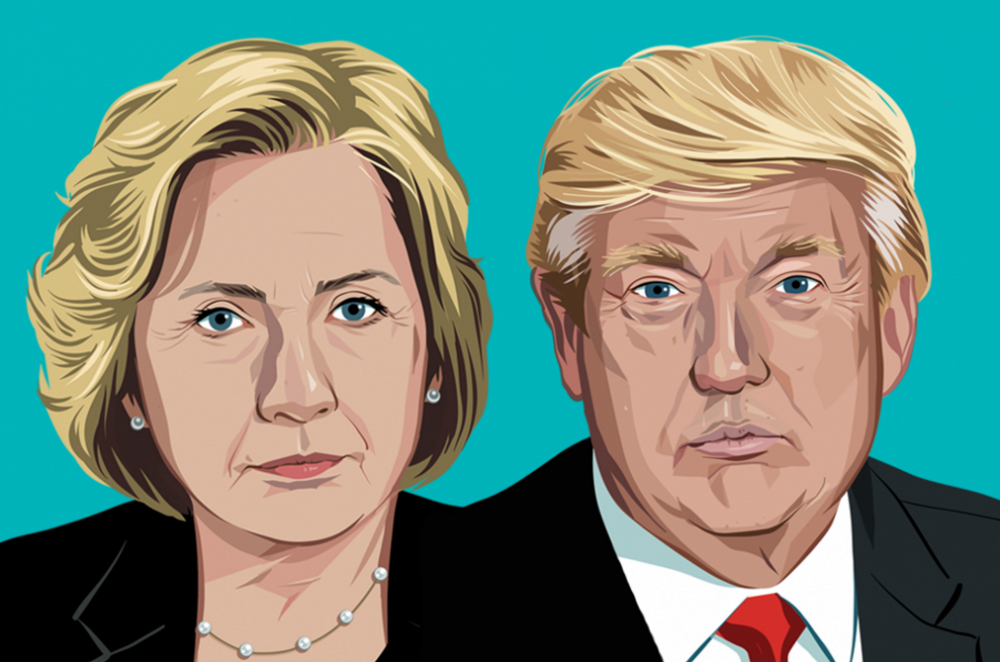 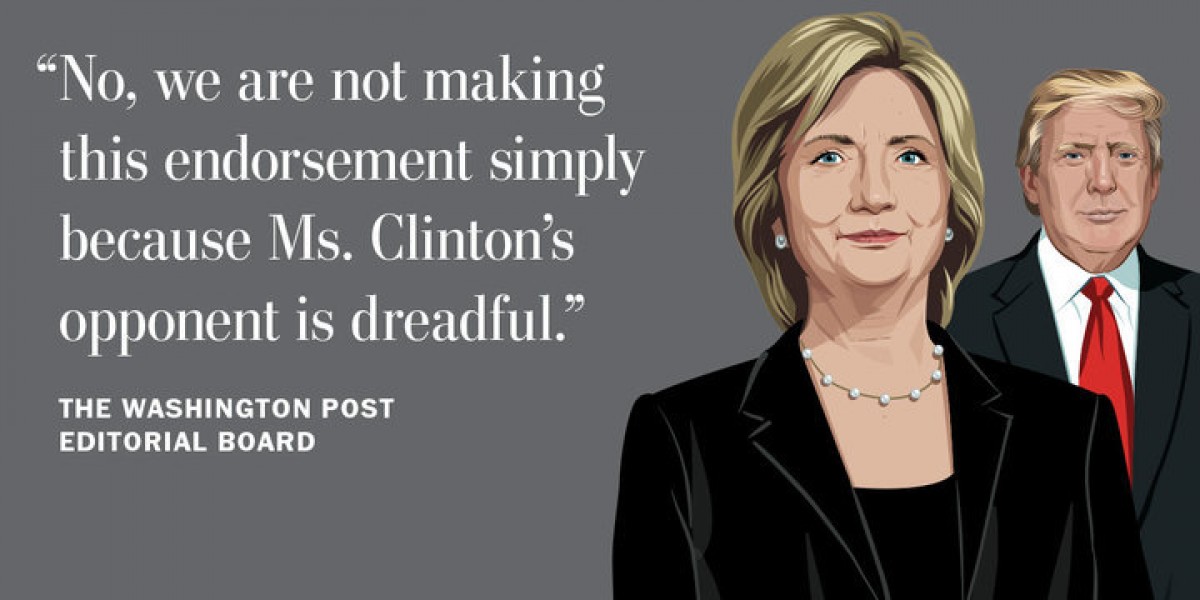