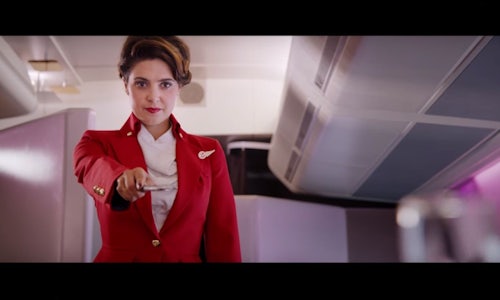 Virgin Atlantic X Fantastic Beasts and Where to Find Them

Virgin Atlantic has always been synonymous with films and entertainment and in 2016, we partnered with the highly anticipated movie Fantastic Beasts and Where to Find Them. The challenge however, was how to bring this partnership to life, how to bring the Virgin Atlantic band authentically into J.K Rowling's Wizarding World and introduce her passionate fans to Virgin Atlantic whilst raising awareness and generating bookings for our London Heathrow to New York City route. We wanted to bring a touch of magic to our activity, making it engaging, fun and full of Virgin flair offering our customers an experience they expect to receive from Virgin Atlantic. For us, our partnership activity doesn't involve just putting a logo on something.

To achieve our objectives, our strategy involved three key pieces of activity:

1) Launching the partnership with creative content and leveraging #Iwanttobeawizard

To be part of the magic Virgin Atlantic worked with Warner Bros to create three x 60 sec films for use across Facebook, Twitter, Instagram, WeChat and Weibo. The films heroed a Virgin Atlantic cabin crew member who wants to be a wizard and shows her trying her hand at magic to solve problems for customers throughout a flight. We leveraged on two existing Fantastic Beasts hashtags - #Iwanttobewizard and #WizardingWednesdays to align our brand with the Wizarding World and generate interest in the partnership amongst fans. Additional social activity included GIFS of the cabin crew casting spells and exclusive behind the scenes content taken from the movie and also from the premier. We also launched an internal campaign where, if our employees shared the videos and sent in a screengrab they could win tickets to a special screening of the movie.

Each film pointed to the Virgin Atlantic website where bespoke landing pages were created for each international market and customers could enter the competition by answering a simple question - In which US city was Fantastic Beasts & Where to Find Them set? (Answer: New York City). UK winners won a trip to New York City on a themed Virgin Atlantic flight, tickets to the NYC premiere of the movie and a themed tour of New York. Competition winners globally won a flight to London, tickets to a special screening of the movie and passes to the Harry Potter experience in Leavesdon.

Virgin Atlantic is famous for creating amazing experiences for its customers and we put on a very special flight to New York for the prizewinners and also customers. With special behind the scenes content, witchy cocktails, wand lessons and goodies and giveaways throughout, it offered a truly unique customer experience at 35,000 feet and customers were offered free wifi onboard and encouraged to share all these moments socially. We also ran a press trip for travel media to explore the Fantastic Beast locations in New York to raise awareness of our New York service and to drive bookings.

Our results show that the activity was a success with the content tracking as unmistakably Virgin Atlantic in tone and proving popular with fans of the Wizarding World and Fantastic Beasts. Call to action was strong showing it inspired people to book and travel with Virgin Atlantic. Please see overview below:

Video success: We received over 1.2 million views of the films promoting the competition and . Overall social sentiment was 98% for the activity and stats show that 45% of views were earned compared to 55% paid proving the content was engaging and shareable. The activity resonated most strongly with fans of Harry Potter therefore introducing a new audience to Virgin Atlantic.

Press trip: Seven key UK titles attended the press trip and all articles focussed on the New York filming locations for Fantastic Beasts. All articles had a strong call to action promoting the Virgin Atlantic New York service. Total reach was over 200 million 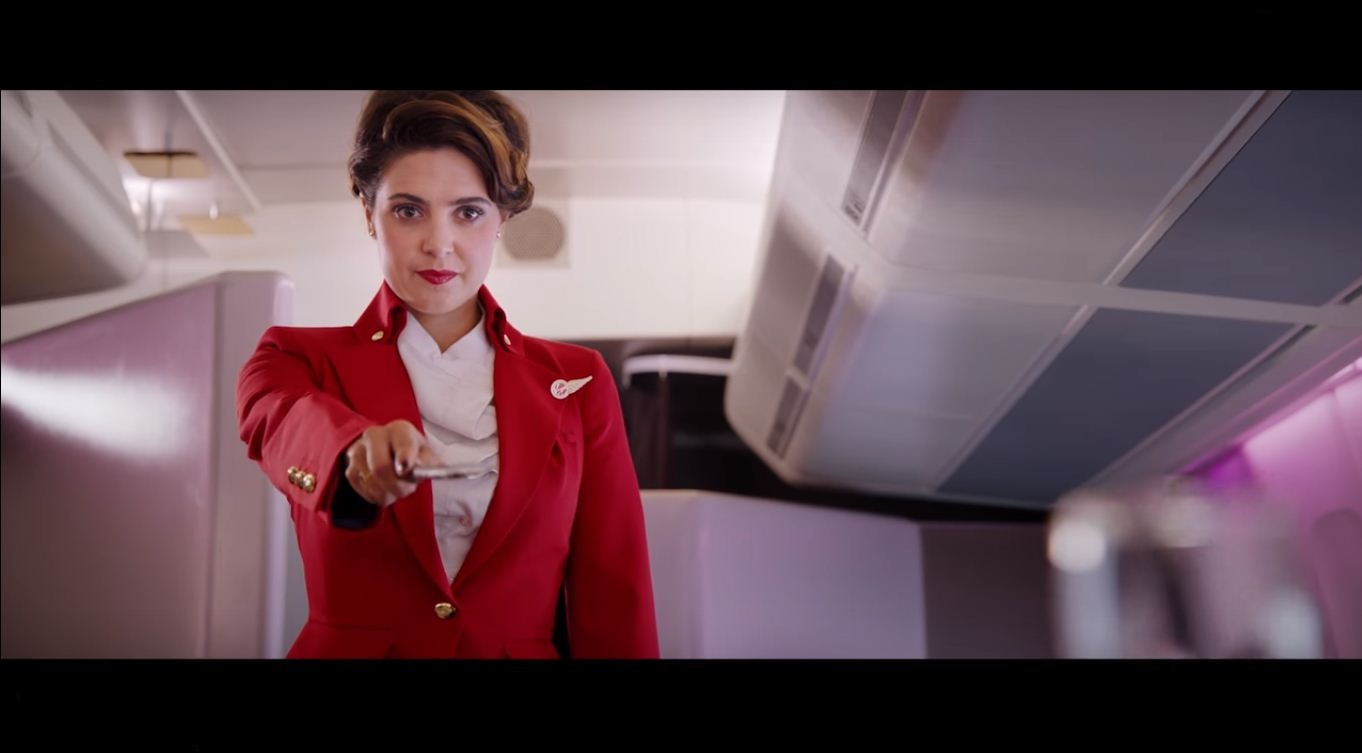 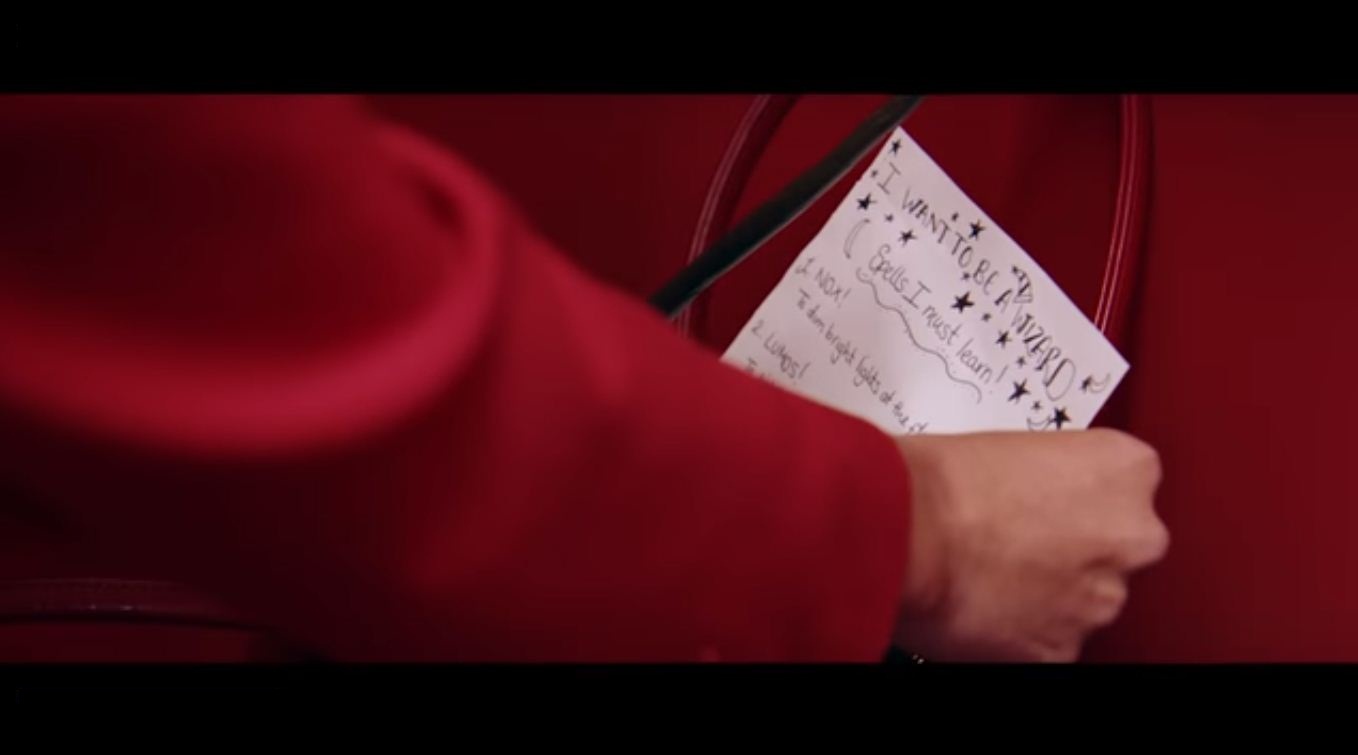 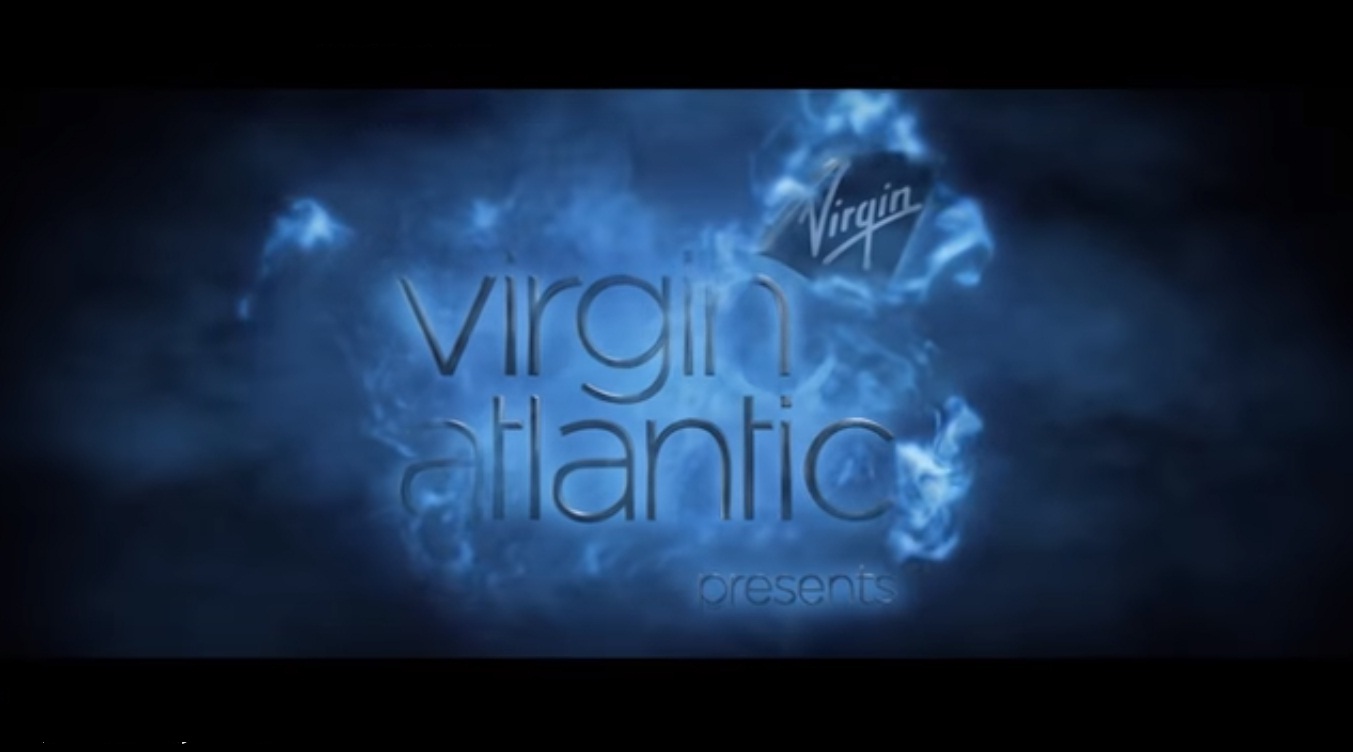 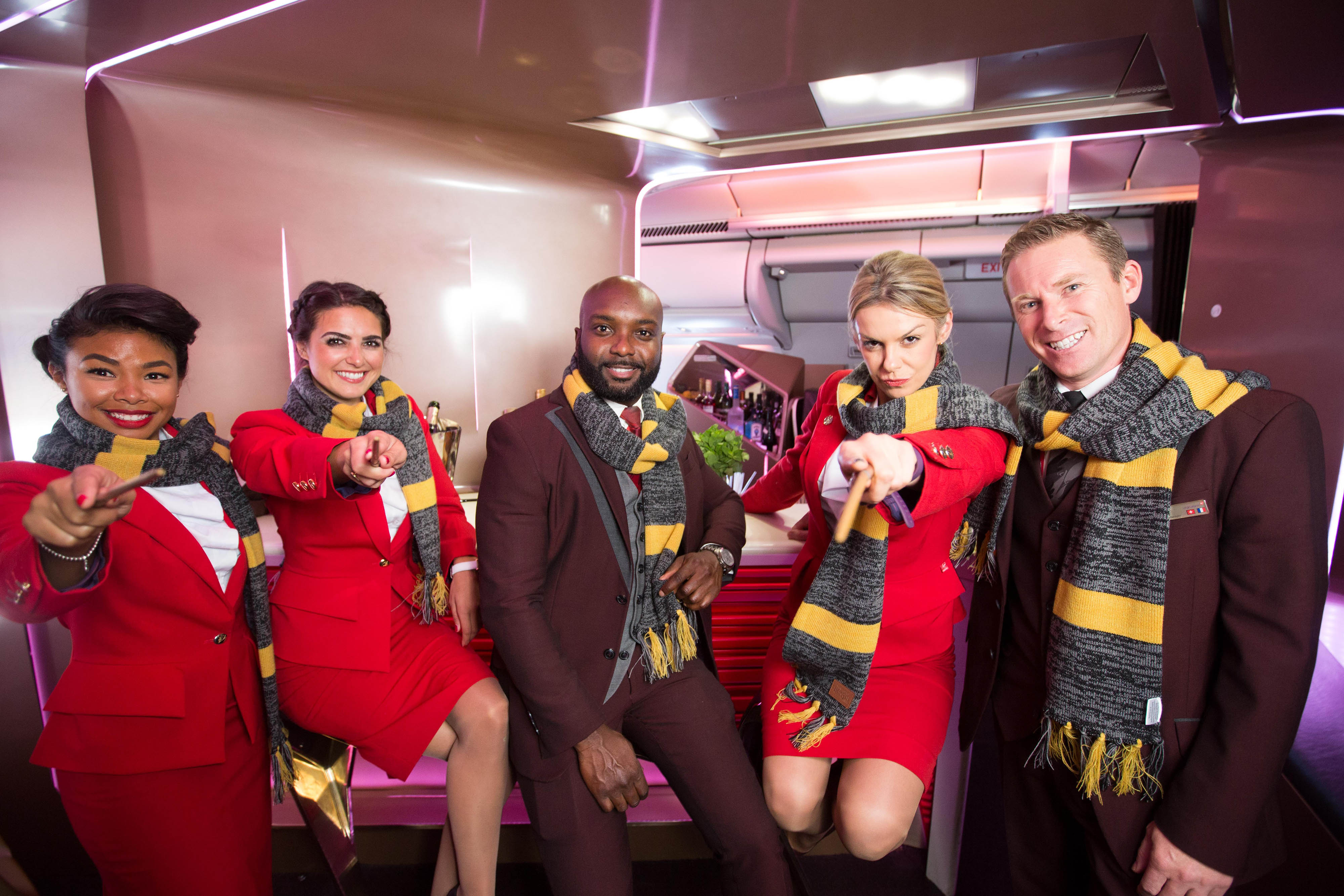 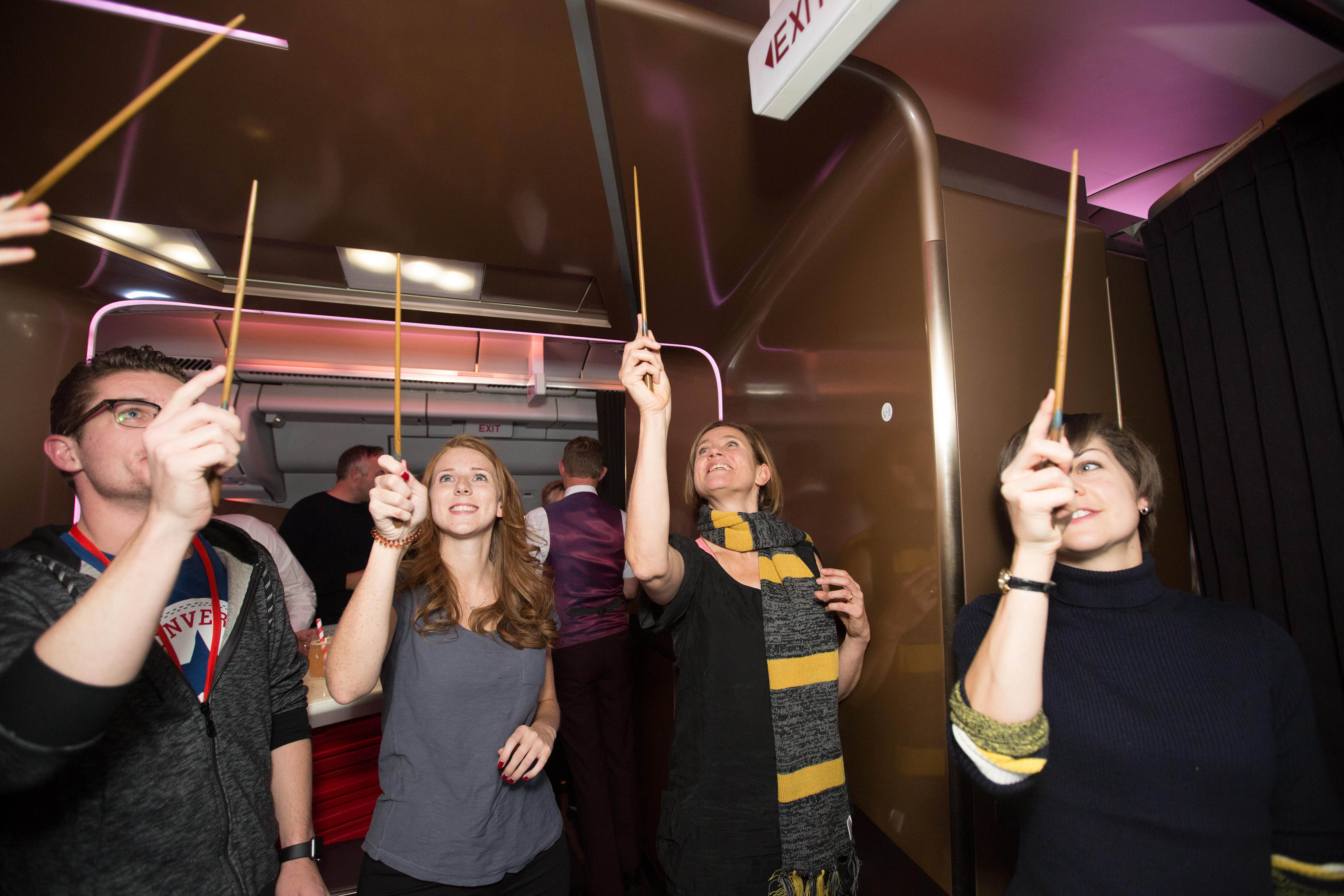