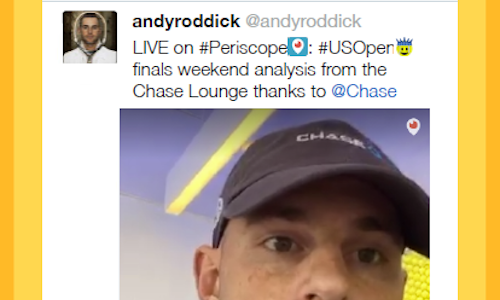 US Open Live with Andy Roddick

As a US Open sponsor for over 35 years and counting, Chase aimed to provide tennis fans with the ultimate US Open experience, both on- and off-site. Partnering with Periscope and Andy Roddick, Chase offered fans the ultimate viewing experience alongside one of the best players in the history of the sport. Fans could not only feel like they were sitting on their couch next to Andy Roddick and hear his candid, real-time commentary, they could also respond and ask Andy questions about the matchups and his career.

As the first brand to offer Promoted Periscope, Chase partnered with Andy Roddick to leverage the live, interactive elements of the platform to share the US Open in a fresh new way and provide viewers with a unique, interactive experience with one of the best players in the game. Using natural brand integrations such as the Chase Review instant replay and Chase Charger, Chase was able to provide the 6 Periscope sessions commercial-free, so audiences could enjoy an uninterrupted viewing experience. In addition to the broadcasts from Roddick's couch, two Periscopes were hosted at the Chase Lounge, so fans could also see the on-site experiences they could enjoy as a benefit of their Chase card.

The campaign generated nearly 9.1 million impressions and drove nearly 2.5 million video views. There were 185K unique viewers on a single Periscope broadcast and 385 hours of Periscope video watched. Andy Roddick's Periscope campaign provided a fresh and interactive way for fans to watch live sports with one of the best players of all time. Fans could view the matches alongside Andy (who, in some cases, was broadcasting from the comfort of his couch) while hearing his candid, real-time reactions to the play. They could also ask Andy questions about not only the matches, but also his career and tennis in general. All in all, the campaign took sports broadcasting to a new level and was a creative spin on Chase's "Master the Open" campaign around their US Open sponsorship.

Video for US Open Live with Andy Roddick 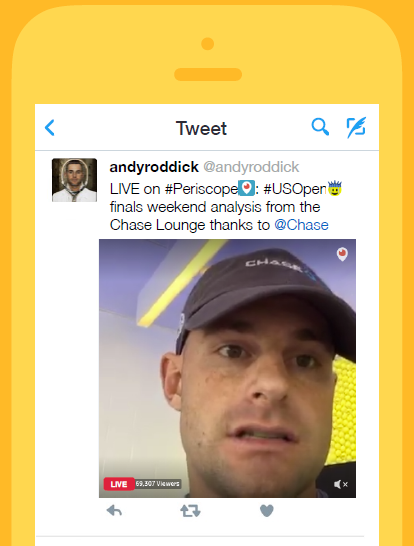 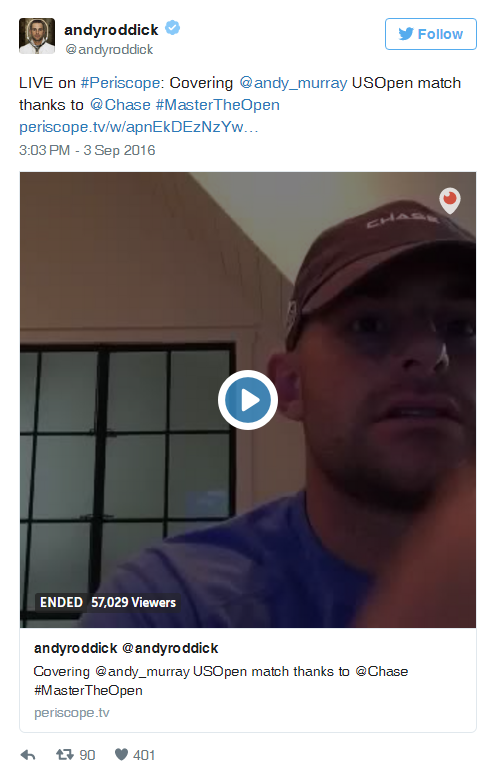 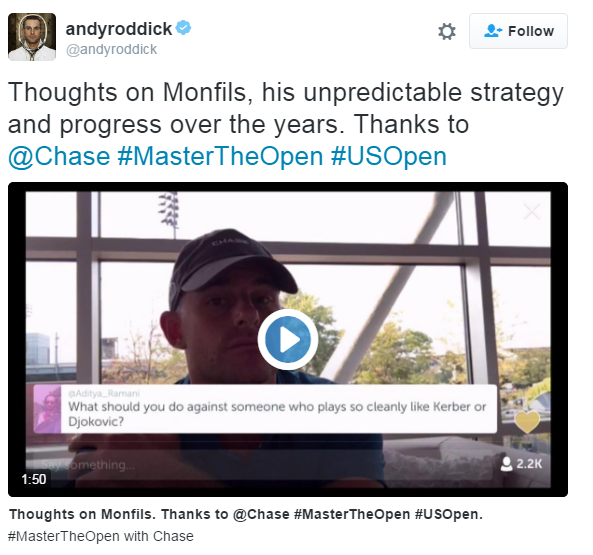 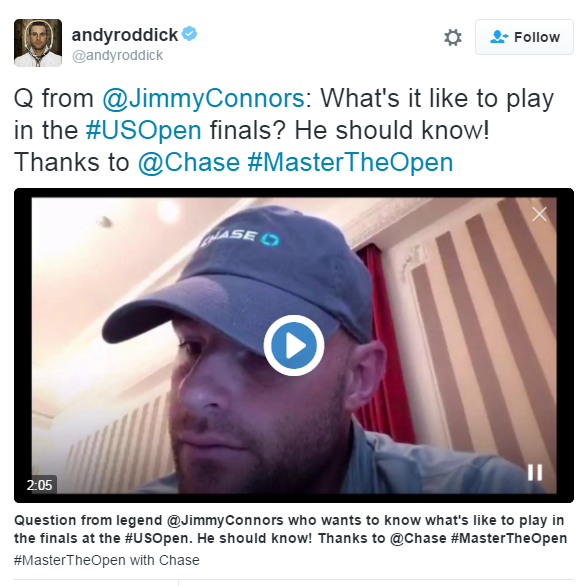