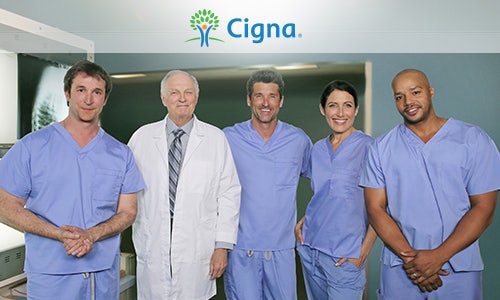 Our goal was to increase awareness around the importance and lifesaving power of an annual check-up. We wanted to drive as many Americans as possible to schedule check-ups with their primary care physicians to learn their 4 health numbers (blood pressure, cholesterol, blood sugar and BMI).

Heading into health insurance open-enrollment season, Cigna needed a marketing strategy that would boost its favorability, awareness and familiarity. During this period, health insurers typically focus on selling plans and product benefits—but we took a different approach. We prioritized a message that would benefit everyone's wellness—preventive care—reinforcing Cigna's role as a true partner.

Why preventive care? Surprisingly, only half of Americans get annual check-ups and, according the CDC, 100,000 lives could be saved each year if everyone got one. So we made encouraging annual check-ups our mission.

To break through the clutter, our message needed to come from relatable, influential and unexpected sources.

Cue the TV Doctors of America, a cross-generational ensemble of TV doctors from various medical shows who are teaming up with Cigna in the name of wellness. Our cast includes: Alan Alda, Patrick Dempsey, Noah Wyle, Lisa Edelstein and Donald Faison. Joining Cigna's mission, the TV Doctors leveraged their affinity, star power and long-term connection with fans to get more Americans to their doctors for a check-up.

Once we launched the TV Doctors campaign on social, digital and broadcast, we found the perfect moment to spotlight our doctors in a powerful social activation—the Emmy Awards.

The Opportunity to Make a Splash

The Emmy Awards is a big night for TV, which aligned perfectly with the TV actors in our campaign. The Emmys presented the opportunity of 11 million entertainment-minded viewers likely to know and resonate with our five beloved TV Doctors.

Twitter is the home of real-time conversations during live events, so we orchestrated a complete Twitter takeover on Emmys night. Our goal was to create a unique second-screen experience that would give everyone a chance to interact with Cigna in a novel and culturally relevant way.

On Emmys night, Cigna was the most talked-about brand on social—with help from a strategic blend of media buys. On Twitter, we promoted #GoKnowControl in order to trend all day. Next, we implemented a technology that had never been used by a health insurer—Twitter's "First View" feature—making ours the first ad unit every Twitter user saw after they logged in on Emmys day. For this unit, we white-listed an influencer tweet from Patrick Dempsey promoting the campaign with new TV Doctors content. By utilizing Twitter's "Instant Unlock" feature, users who tweeted at Cigna and the TV Doctors about how they're taking control of their health were rewarded with a second exclusive social video. The TV Doctors' influence carried our message further than Cigna could alone.

To keep the conversation going throughout the night, a war room created real-time content on the fly and responded to tweets engaging the TV Doctors and Cigna. So we were able to respond instantly to what was happening live on TV with GIFs, memes and messages encouraging viewers to go for check-ups. Using our promoted hashtag #GoKnowControl, Cigna was able to turn a cultural moment into a lifesaving message.

The #GoKnowControl hashtag yielded 69MM+ impressions with 95% positive sentiment (4% neutral and only 1% negative), which is extremely rare on Twitter, and especially impressive when taking typical consumer opinions around health insurance companies into consideration. In the war room, our team was able to engage with 357 posts over the course of Emmy night.

By the end of the campaign's first year, there was a 7.07% increase in check-ups overall, along with a 3.7% increase in adult check-ups when comparing 2016 to 2015. Twitter user @Mpf4114 replied to one of our posts, "@Cigna I went and found out my cholesterol jumped. So it helped me."

In the end, Cigna was able to drive mass reach during a prime-time second-screen event and outperform 2016 benchmarks while also driving overwhelmingly positive sentiment.

Video for TV Doctors of America 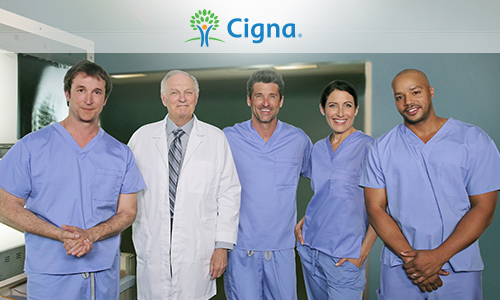