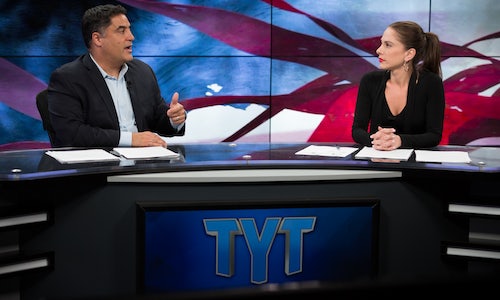 The Young Turks is the flagship show of TYT Network and is the largest online news show in the world. It started as a talk show on Sirius satellite radio in 2002 and transitioned to YouTube in 2005, where it has amassed 3 million subscribers and over 3 billion total views. The show is LIVE on weekdays from 6pm-8pm ET and is hosted by Cenk Uygur and Ana Kasparian.

The Young Turks takes pride in speaking truth to power in the way they deliver the news. As an independent news show, TYT covers the issues that everyday Americans care about and are not dictated by outside influences. Rather, their storytelling is made possible through the enthusiastic support of their 'TYT Army.' TYT combines all the news people care about in one place - constantly challenging the status quo, holding the government accountable, and empowering individuals with the tools they need to make a difference.

On election night, TYT crushed their live viewing record with over a millions hours of view time watched in one day. Prior to election day, TYT provided 100 reasons to not vote for Donald Trump through a segment called, "Loser Donald." TYT was also on the ground for all the debates and spoke with campaign representatives from both Trump and Clinton campaigns.

Aside from its election coverage, TYT also investigated and followed-up on reports of a pipeline being constructed on sacred grounds in North Dakota. TYT reporter, Jordan Chariton, was on the scene to witness numerous instances of water protectors being abused by the police. He also received exclusive drone footage that showed the pipeline nearly completed, within half a mile of the Missouri River.

The Young Turks is able to reach millions of Americans through its live, daily news show, covering the stories the mainstream media often misses. Through the hashtag, '#tytlive,' audience members are able to engage with the hosts, offering their own commentary to the stories being covered. Clips of the show are made available directly after it ends. On weekends, or when there's breaking news, hosts provide their commentary using YouTube Live.

With the reality of a Trump administration looming, The Young Turks has started a campaign to hire new investigative teams to keep Donald Trump, the establishment, and elected officials accountable. With $500,000 raised, TYT hired Nomiki Konst as its newest investigative reporter and Shaun King as a news commentator.

"No one is doing investigative pieces on the donors, the appointees, the leaders in Congress. There are so many things to investigate and uncover. Let us stand up for the American people," Uygur explains in TYT's crowd funding campaign.

Before the year ended, The Young Turks was integral in getting President Obama to stop the Dakota Access Pipeline. Chariton's work shed light on the injustices water protectors faced at the hands of the police, which ultimately led others to join the fight. President Obama and the Army Corps of Engineers would eventually release statements to halt the construction of the pipeline. 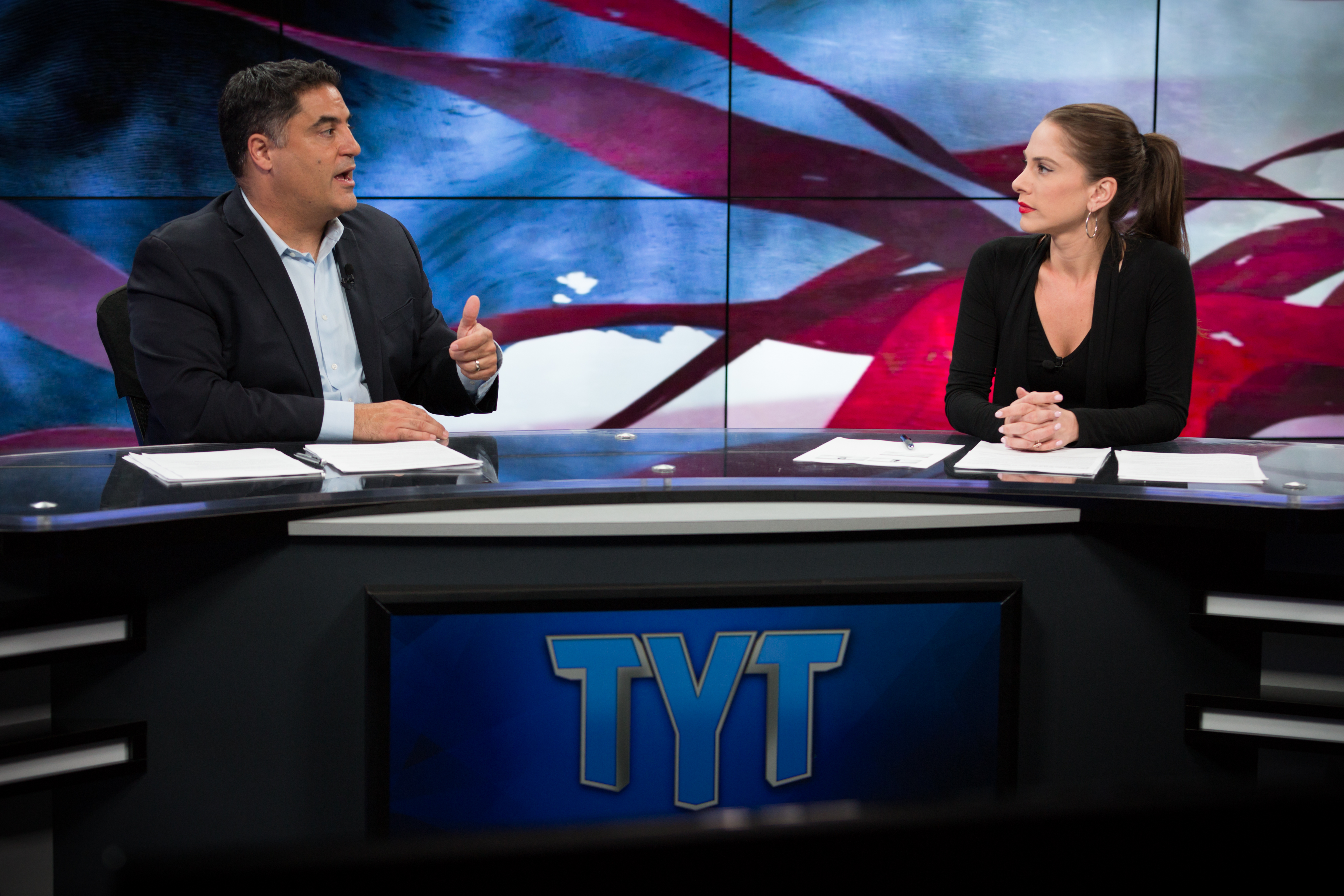