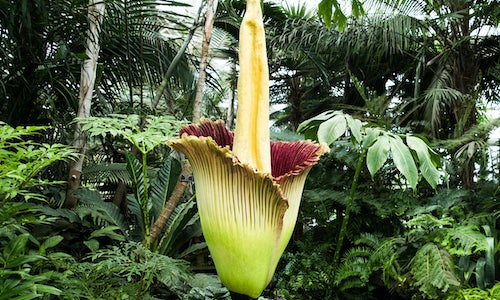 The Stinkiest Thing You Ever Watched

What if one of your collection's most intriguing items could only be seen once every decade or so, and you never knew exactly when it would decide to make an appearance? And what if that unpredictable display only lasted 24 hours? How could the public, near or far, take part in this potentially once-in-a-lifetime event? These were the challenges NYBG found itself facing in the summer of 2016, when a sharp-eyed horticulturist realized one of the Garden's famously smelly "corpse flowers" (Amorphophallus titanum) was about to bloom.

With audience engagement in mind, NYBG needed to make it possible for the public to see the famous bloom for themselves, whether or not they could make it in person for this short-lived event. The difficult plant further complicated matters with its preference for blooming after dark, meaning the display needed to be viewable to the public even when the institution's doors were closed.

These many hurdles provided the constructive limitations necessary to undertake a creative solution, pushing NYBG to offer a 24/7 view of the famous corpse flower not just to immediate NYC visitors, but a global audience, in hopes of seeding an enthusiastic conversation across social media networks.

The corpse flower is something special—both to botanists and the general public—and the fanatical devotion to this plant can partially be attributed to its strangest features: its unpredictability, smell, and sheer size. Wishing to convey these three important attributes quite literally involved decades of planning, beginning with the first bloom of a corpse flower in the Western Hemisphere, at NYBG in 1937.

Its unpredictability makes the bloom especially unique as it takes years for the plants to store enough energy to flower. Ever since the last NYBG corpse flower bloomed in 1939, the Garden has had a media plan ready to deploy. But with the forward march of technology, those plans have seen multiple iterations. Now, with the ubiquity of livestreaming and handheld devices, the next logical step was to give fans the opportunity to share this rare experience with us regardless of location. And with only a 24-hour bloom window, around-the-clock livestreaming was an absolute necessity to ensure as many people as possible could take part.

The sheer scale of this six-foot flower is compelling, and with a growth rate of up to seven inches per day, it can prove an entrancing spectacle. Having the livestream available along with an open comment section gave viewers the chance to see the plant's progress in real time and discuss amongst themselves, creating a word-of-mouth phenomenon that spread across New York City and beyond.

While livestream viewers certainly couldn't smell the famed odor of the plant, blog posts and social updates from Garden staff explained the chemical composition of the stench and gave viewers an idea of what it resembled—be it dirty gym socks, decomposing carrion, or worse. And with an enormous stream of in-person visitors making their way through the Conservatory to see the plant—and often appearing on the livestream itself—the digital audience was treated to quite the scene of crowd reactions.

With viewership growing, NYBG took to social media to provide updates on the plant's progress, offering daily information leading up to and through the long-awaited bloom. The unexpected delay in the flowering of the plant provided an opportunity to educate fans on the nature of the species, and only added to the exciting tension of the moment. The result was a rich diversity of avenues by which to share the experience with visitors, create new fans, and share something that many might never see again.

At the end of the two-week spectacle of the corpse flower's bloom, The New York Botanical Garden had garnered thousands of new fans across Facebook, Twitter, and Instagram; had amassed over one million views on its corpse flower YouTube livestream; and had captured the imaginations not just of New York City locals, but people around the country and even the globe. The will-it-or-won't-it uncertainty of the bloom became an uncommon news phenomenon for the botanical field that resulted in over 25,000 visitors stopping in to see the plant in the two days of its actual bloom alone. The social media discussion surrounding the plant was constant and exciting, and a net positive experience for all involved.

In the days that followed the bloom, corpse flower fans expressed their unexpected joy at having the livestream available—it became a "moment of zen" for many, viewers who often found themselves watching the stream while at work, or late into the night, hoping to catch the first tentative moments of the flower's opening. And when all was said and done, those viewers were hungry for more livestreams of the Garden's grounds and collections.

Ultimately, the corpse flower proved to longtime plant lovers and first-time fans that the botanical world could indeed be engaging, tense, and beautifully bizarre—that there are new experiences to be found in the most out-of-the-blue places, and the act of learning can go hand in hand with the most exciting events.

Video for The Stinkiest Thing You Ever Watched 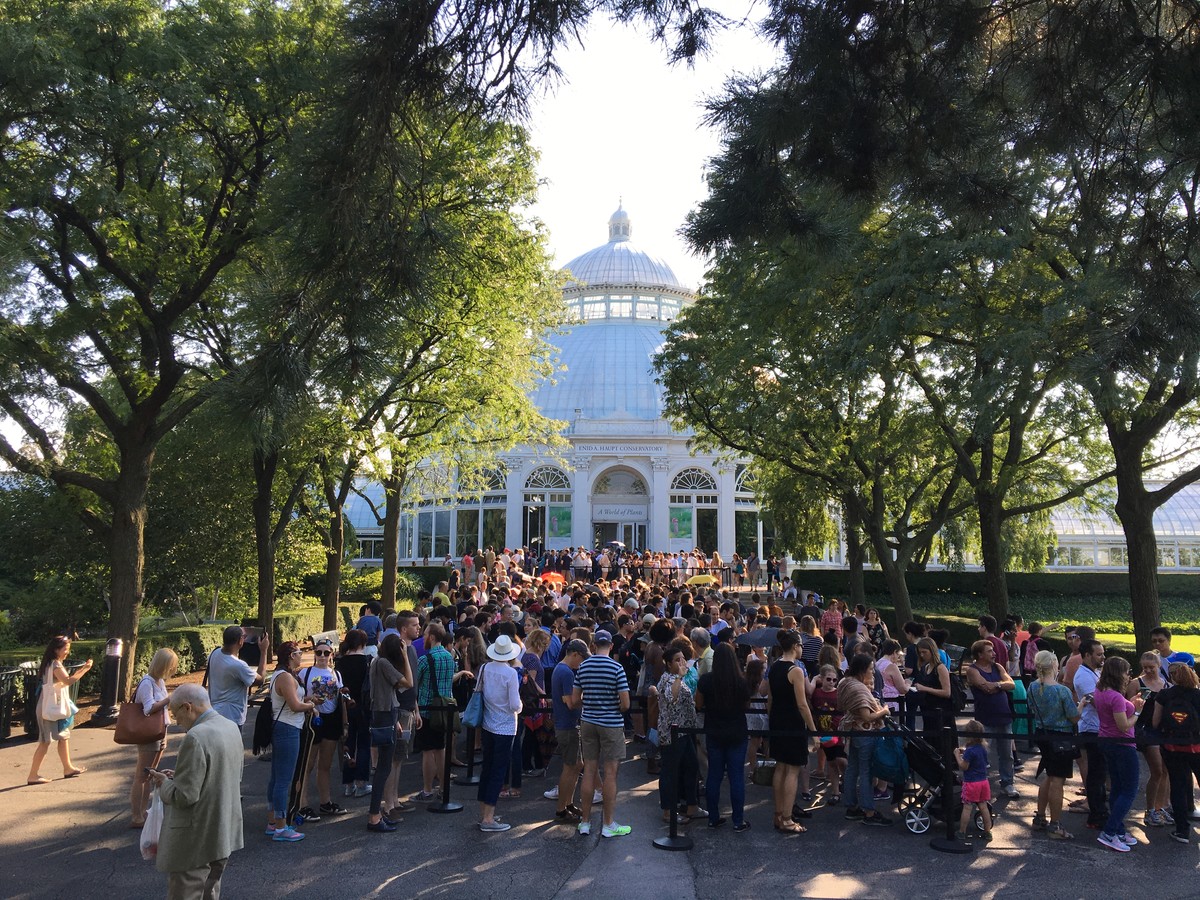 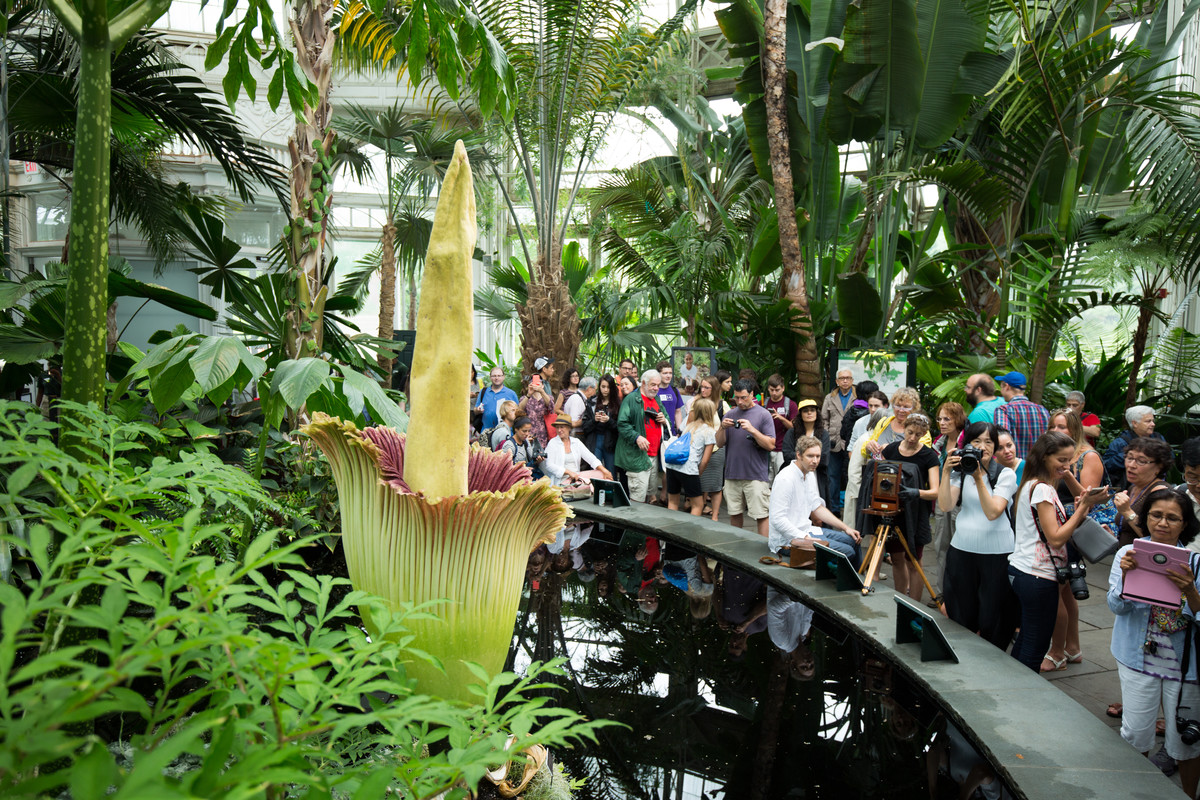 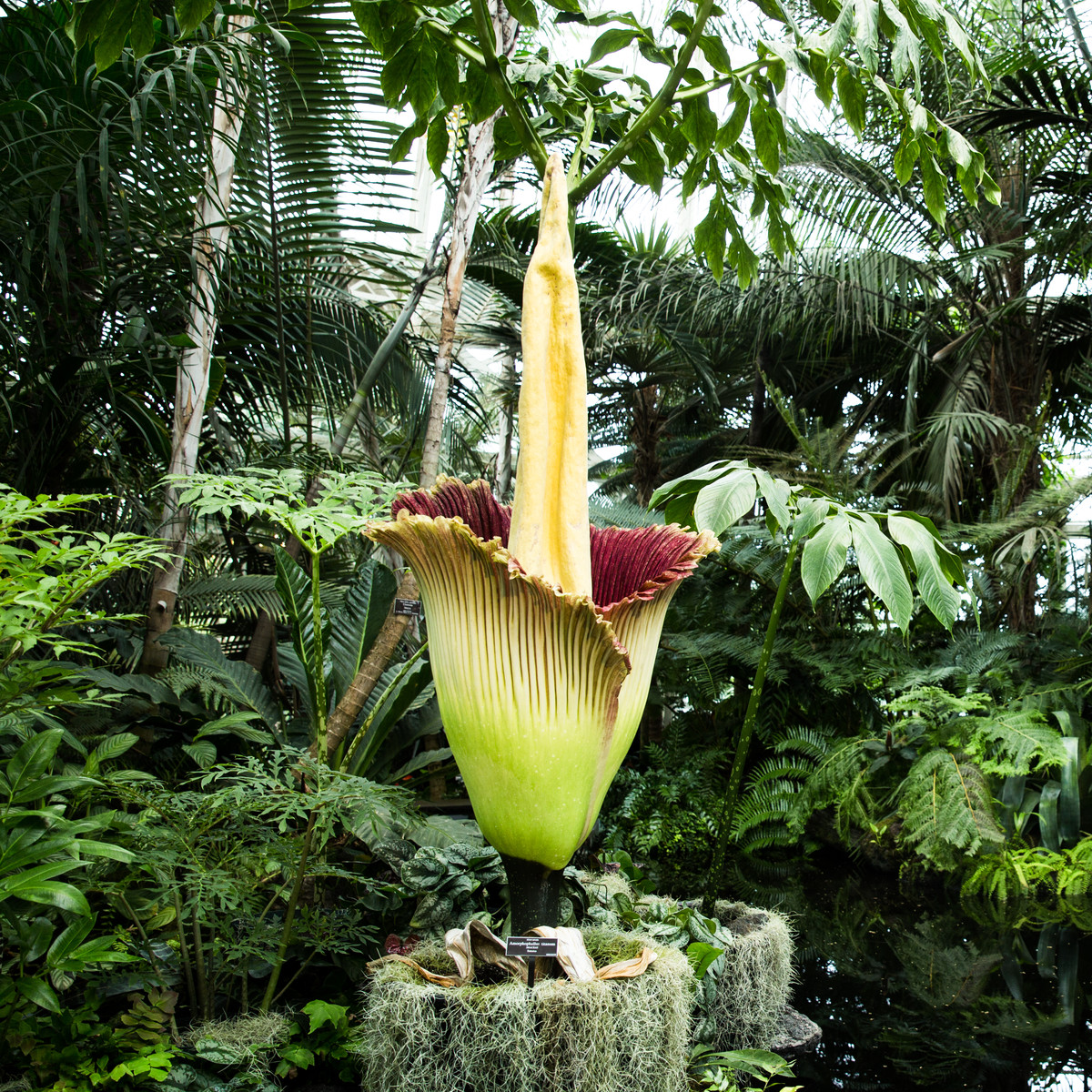 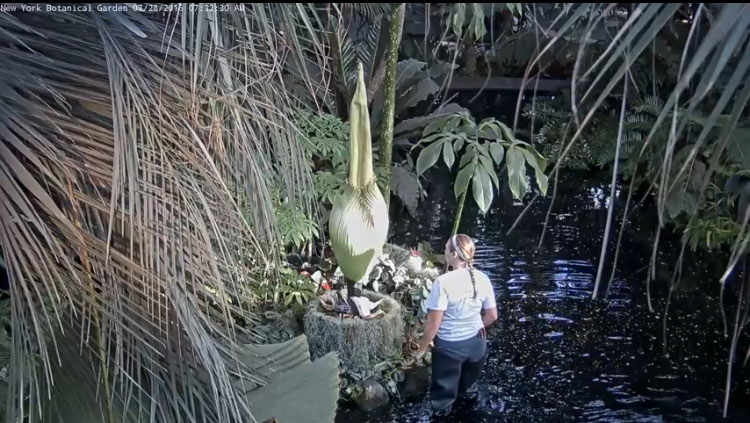 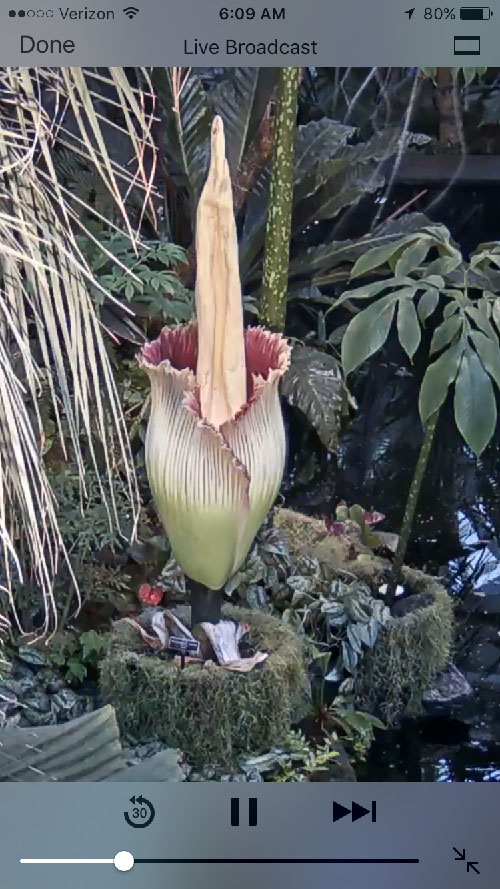