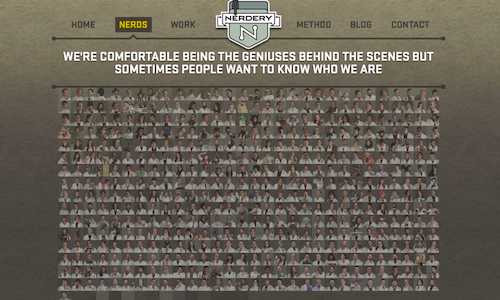 As a custom software design and development company, we launch our fair share of websites, but our own nerdery.com had changed little for longer than we care to admit until January 2016. This time we created a website and revealed a brand evolution, as our own client.

A key feature from our old website that did NOT make it into our new website was our iconic Nerd Finder that highlighted every Nerd in our company in order of how long each person has has worked here — veterans first, newbies last.

Both the marketing department and CEO Tom O'Neill were concerned with how the rest of the company would react at losing this well-loved website feature. One of the main goals of the overall branch launch was to get the internal launch right so we'd have the support of the entire company — almost 500 Nerds — behind the public rollout. This led a group of Nerds to create a fake documentary that concocted controversy surrounding the last days of our old website.

Each week, incoming Nerds take part in the creation of a Meet the Newbs video. The video can cover anything — our Nerds have produced everything from parodies of The Office and Jurassic Park to Film Noir originals. Once produced and edited, the Meet the Newbs video debuts for the entire company before our Friday afternoon Bottlecap, an internal gathering with food, beer, employee recognition and a presentation from a team on a recent project.

Meanwhile, Nerdery.com had just been completely rebranded and rebuilt by the Nerdery's marketing department and a team of Nerdery developers and designers. One of the favorite features on the previous website was a tool called the Nerd Finder grid, which highlighted photos and Q-and-A with every Nerd in our almost 500-person company. The longer a person had been at the company, the closer to the top of the Nerd Finder grid they appeared. The alleged exclusivity of the Nerd Finder "Top Row" had previously been featured in a Nerdery video, Top Row Club, three years earlier.

In February 2016 Incoming Nerds Matt Green and McKay Ward, with the help of Nerdery Multimedia Producer Mike Ross and Audio/Video Specialist Matt Larson, came up with the idea to create a Top Row mockumentary and single-handedly conceived, shot, directed and produced it entirely in-house — just as The Nerdery always does each week for its Meet the Newbs. As always, the internal film was created in four days with no budget.

For The Nerdery, this was the right film at the right time as the company sat on the precipice of a major brand shift. "Top Row" is a meaningful snapshot. It takes a cheeky look back at where we'd been, and gave our Nerds license to find humor in change.

From CEO Tom O'Neill: "Each Friday at our Bottlecap event, it's a tradition for us to toast the end of the week with a video montage produced internally. As it turns out, this video can also be a wonderful tool for managing change. In this video created by two Nerds who had joined the company just that week, McKay Ward and Matthew Green did so much more than just introduce themselves to the company. With the help of Multimedia Producer Mike Ross and Audio/Visual Specialist Matt Larson, they made a video that would touch the hearts of many Nerds.

The Nerds roared as the 'scandal' of the Top Row unfolded. All the anxiety of the upcoming launch of our brand faded away as I saw our Nerds pay tribute to our old website/iconic Nerd Finder. Our culture embraced change and stepped confidently into our next chapter. The story wasn't about the website or some sappy send-off message. It was a creative jab at the group of us who've been around long enough to really have nostalgia. They didn't take it so seriously, but paid tribute with reverence for our past."

The "Top Row Club" video was a Gold award winner at the Brand Film Festival in May 2016, and included in an article on "Who's Acting Human Online" from Social Media Business School. 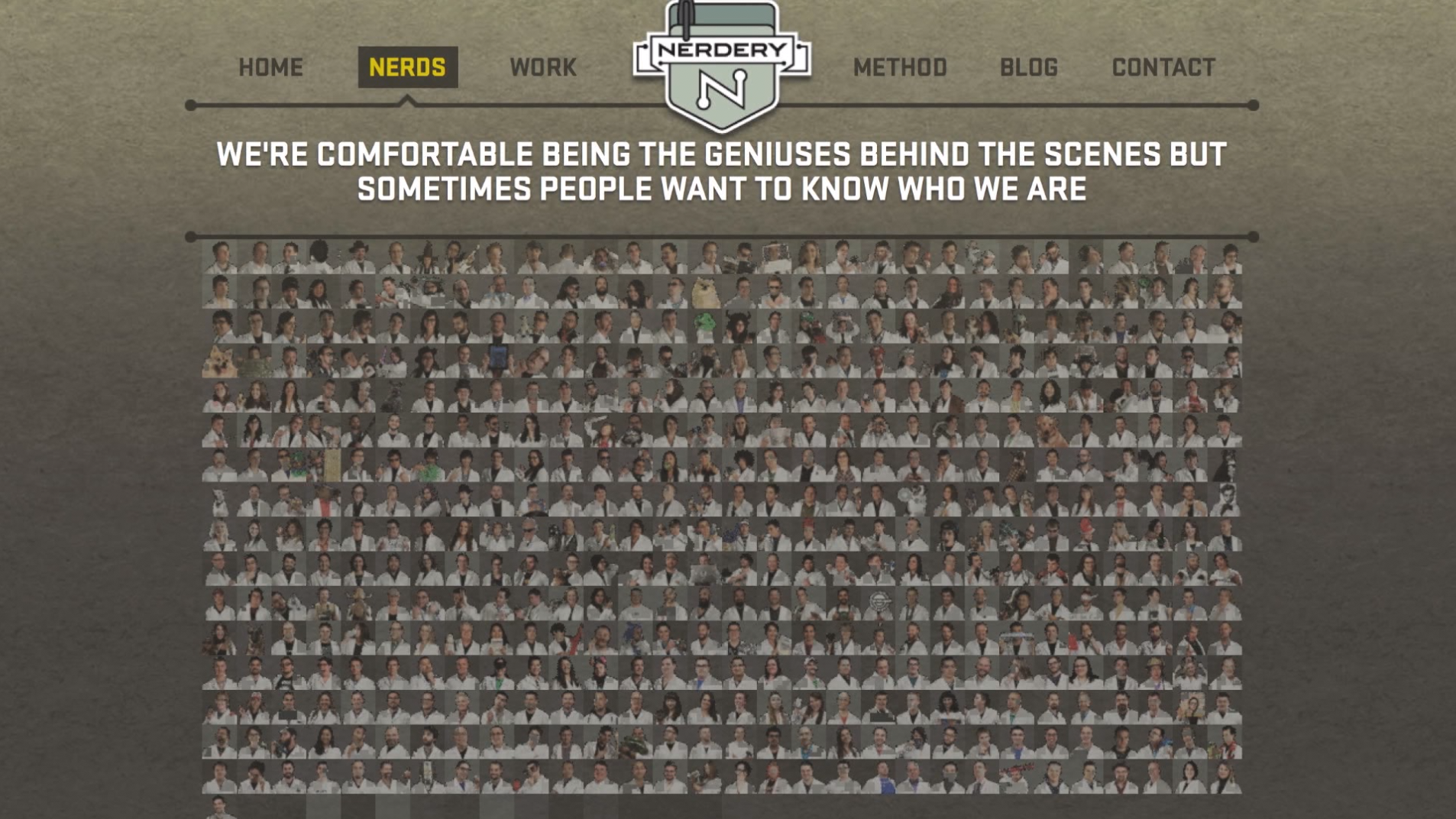 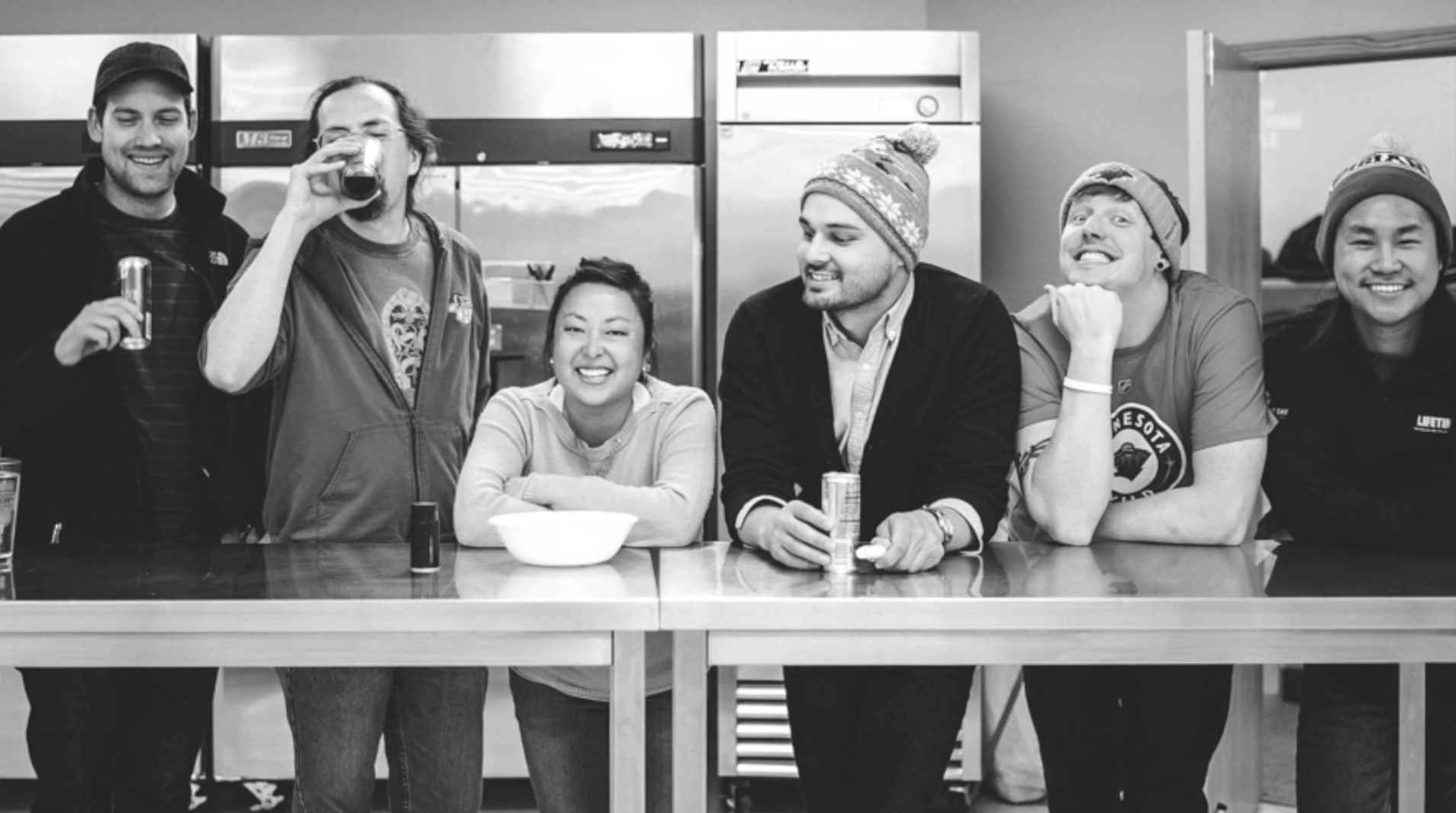