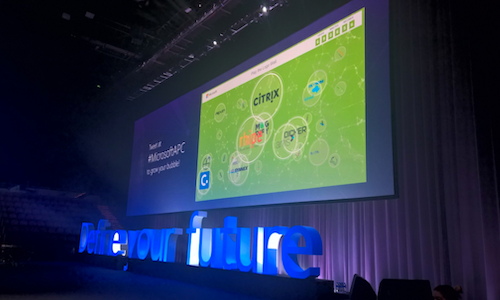 Microsoft's Partner Conference in Australia (APC) is attended by approx. 1,000 of the 10,000+ strong partner network in Australia.

We needed to find a way to show people and partners not attending APC what they were missing.

The partner and tech audience network is close-nit; we could see that most partners are following other partners.

As well as using Microsoft's owned channels, we knew if we could tap into the considerable network of each of the partners in attendance, we'd be able to show non-attendees what they were missing out on.

There was a huge display in the main auditorium and one thing every Microsoft partner had in common is they would want to have their name on display for all the others to see.

So we created The Logo Wall.

A bit of friendly competition among peers, leveraging corporate pride through gamification.

Microsoft's partners and their staff were asked to use the hashtag #MicrosoftAPC. Each tweet would be credited to the participant's company and grow the size of the company's logo, sitting inside a bubble, on the wall. The more tweets accumulated by a company, the bigger their bubble grew.

We developed custom code to poll the Twitter API in real time so the bubbles changed size on screen live, as users were engaging. The Logo Wall was on display throughout the week and social media activity was consistently high.

A high proportion of people were messaging from previously dormant social accounts. CEOs sent out company-wide call-to-arms messages, asking staff to join the cause… and join the cause they did.

There were 1,300 attendees yet incredibly 2,320 unique users mentioned the event. The hashtag trended throughout the conference with an estimated 6.7 million impressions within the target partner audience.

These results show The Logo Wall to be one of the most successful social media activations at a b2b event EVER.

Video for The Logo Wall 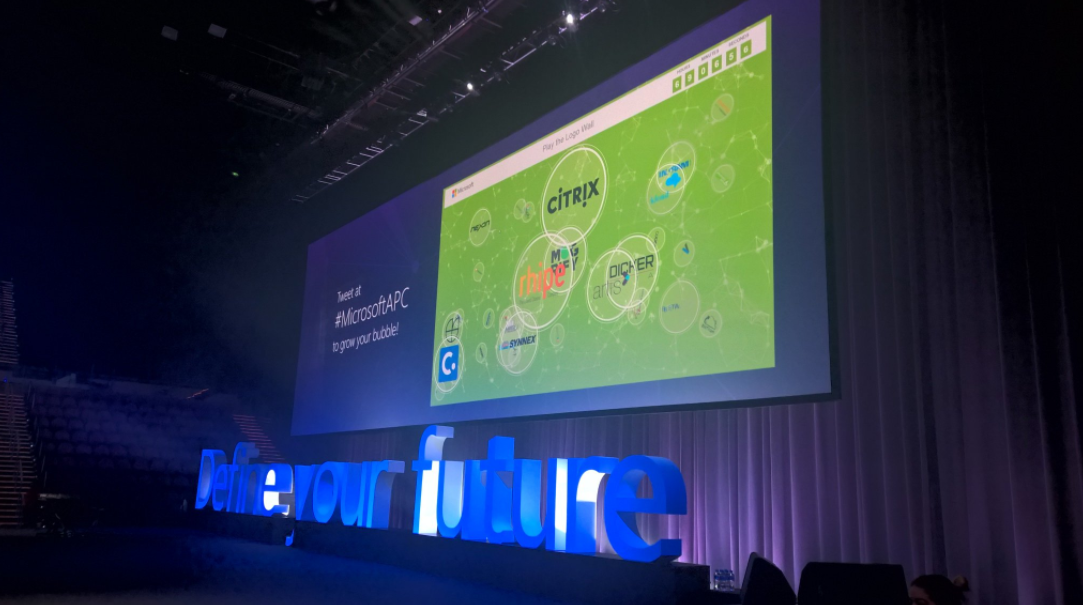