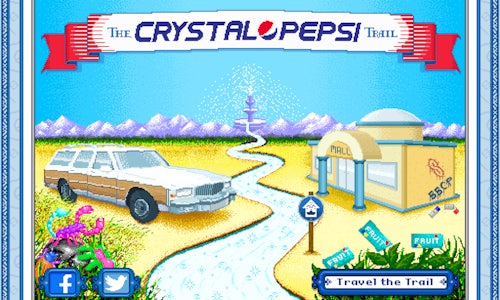 Following the success of a limited Crystal Pepsi re-release in 2015, Pepsi wanted to offer rabidly nostalgic fans another chance to taste a coveted bottle of the short-lived 90s beverage. It would be sold in stores across the US, hitting shelves in August 2016. However, the product was released a full month earlier in Canada. We had to ensure that American fans remained excited - and more importantly, positively engaged online - until they could get their hands on the product in stores as well.

When Crystal Pepsi launched in 1992, the product was quickly recalled after weak sales. But there still exists, to this day, an aggressively nostalgic fan base for the short-lived clear cola - and they're extremely vocal on social media. In response, Pepsi brought a short run of Crystal Pepsi back to shelves. It was our job to celebrate these fans and their successful quest to return Crystal Pepsi to the people.

We wanted to capitalize on the ongoing demand to bring Crystal Pepsi back, using the fervor of the true loyal fans to help spread the word about the relaunch. By creating an experience that would celebrate and entertain our fans, while tapping into their 90s nostalgia, we saw an opportunity to marry two iconic trends from the 90s: Crystal Pepsi and The Oregon Trail.

The Crystal Pepsi Trail was launched in July 2016 on CrystalPepsi.net, a geocities-inspired website full of webrings and marquees. The game celebrates the "journey" our fans embarked on to bring back Crystal Pepsi, incorporating key elements from the 1992 Oregon Trail, Deluxe Edition. By partnering with The Minnesota Educational Computing Consortium, who owns the rights to the now-defunct Oregon Trail game, we were offered offered access to official assets and rights to use the name and likeness from the original game.

Throughout The Crystal Pepsi Trail, users were presented with challenges and milestones similar to that of The Oregon Trail, but with a 90s twist. For example, on The Crystal Pepsi Trail, your trail guide is Marc Summers and you might find that "your Tamagotchi has died of dysentery." We partnered with a number of brands - including Hasbro, Tamagotchi, Furbee, JNCO Jeans, Creepy Crawlers, and Bedazzler - who allowed us to leverage their official names and likenesses within the game design, adding delightful authenticity to our 90s references.

To promote the game, we recreated our own social media assets in the same style as popular memes playing on the original game, such as "You have died of dysentery." Users were also able to share these assets to their social channels from within the game as they reached each milestone. Additionally, we created two game trailers released on Pepsi's social channels and key media outlets to tease the game, building anticipation prior to launch.

The campaign did very well, driving ~130K mentions for 300MM impressions across social. Average time spent on the site was 8 minutes - a record for any millennial attention span. Fans noticed every detail, even praising our 90s-era coding and design on Reddit. Social mentions drove a 75% positive and neutral sentiment, and fan response was that of extreme excitement. User posts indicated the intent of multiple purchases and shared milestones from the game - as well as product photos and requests to make Crystal Pepsi a seasonal summer drink.

Our social posts were also highly successful, surpassing engagement benchmarks across platforms. The first trailer we released on Pepsi's Facebook page received a 104% engagement rate organically within the first 24 hours, indicating that the content resonated with our target audience. We posted one video on YouTube, which drove 9.3K organic views and surpassed Pepsi benchmarks in terms of both engagement rate and average percentage viewed.

Video for The Crystal Pepsi Trail 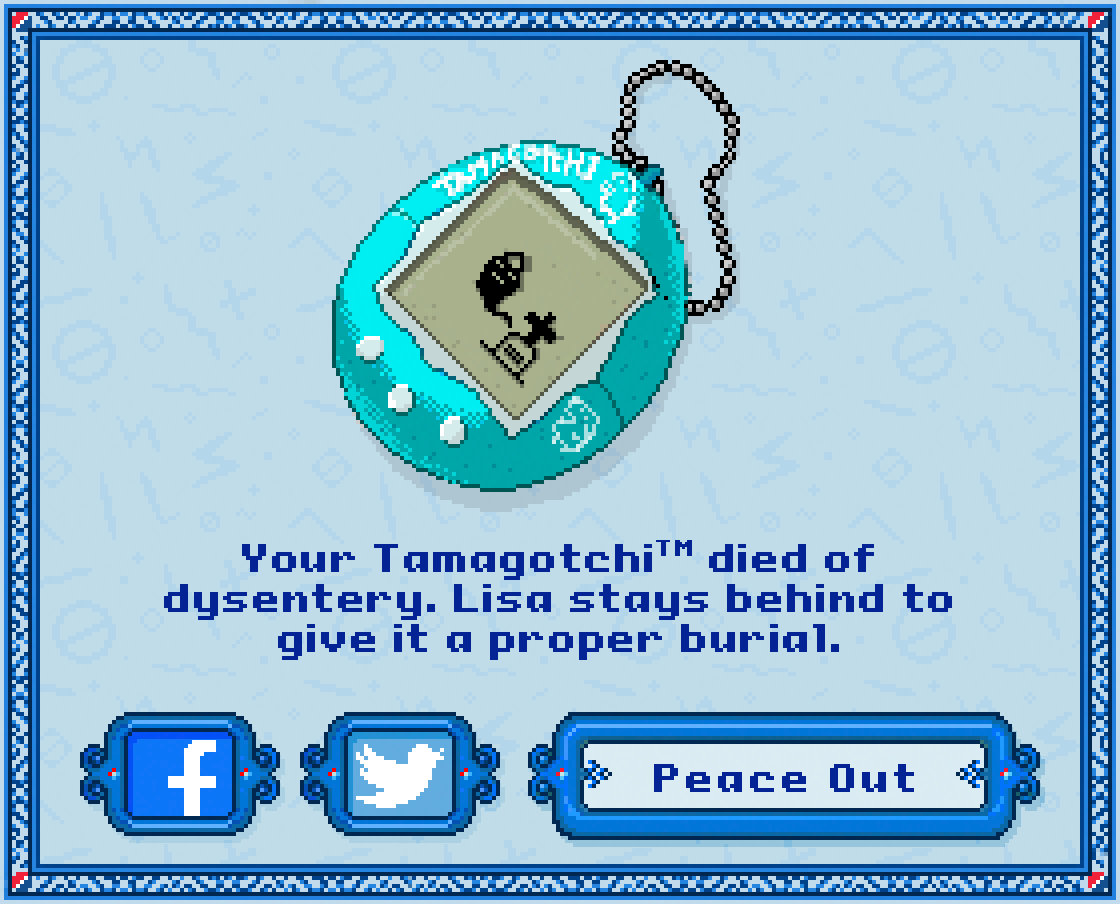 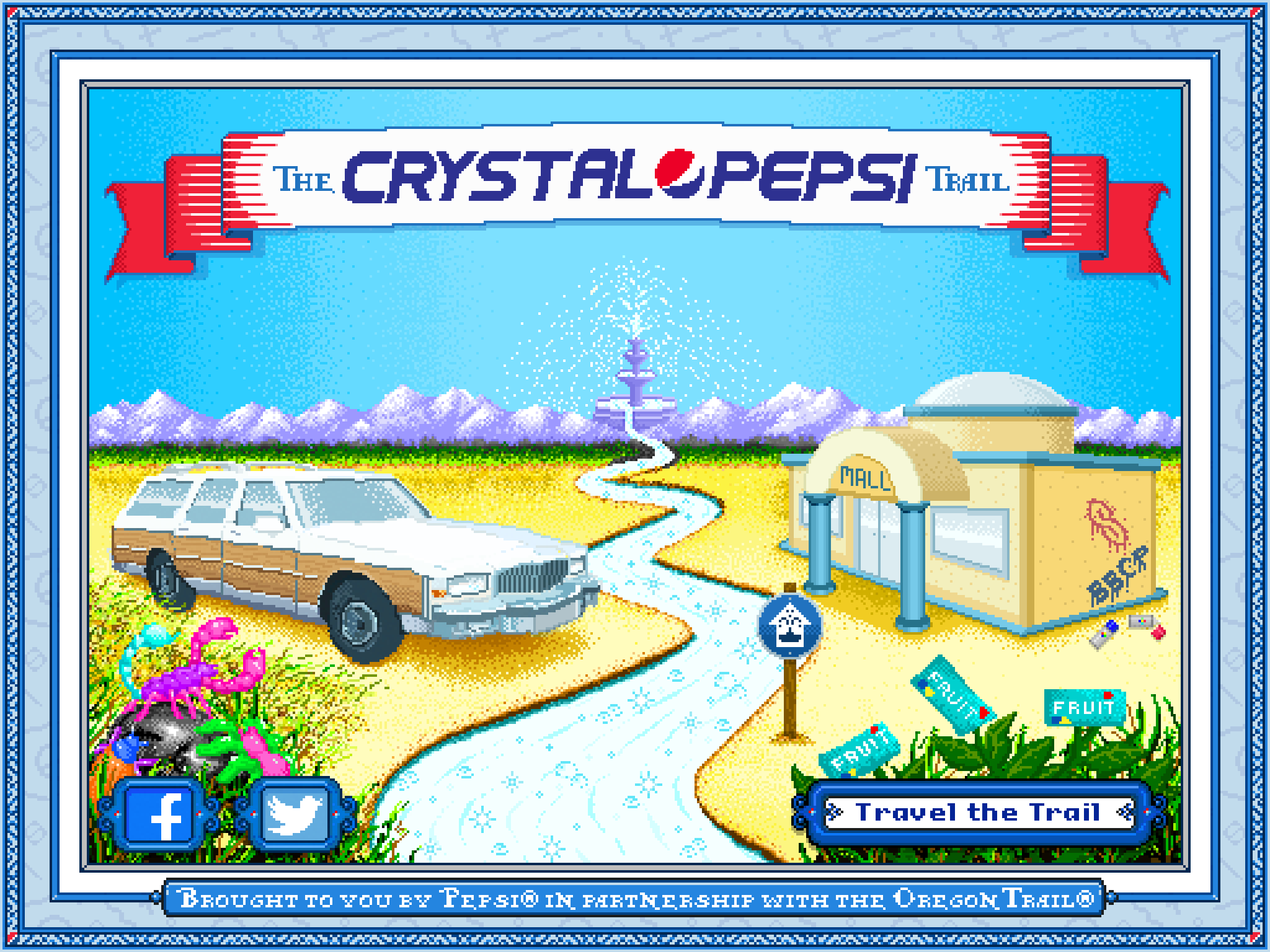 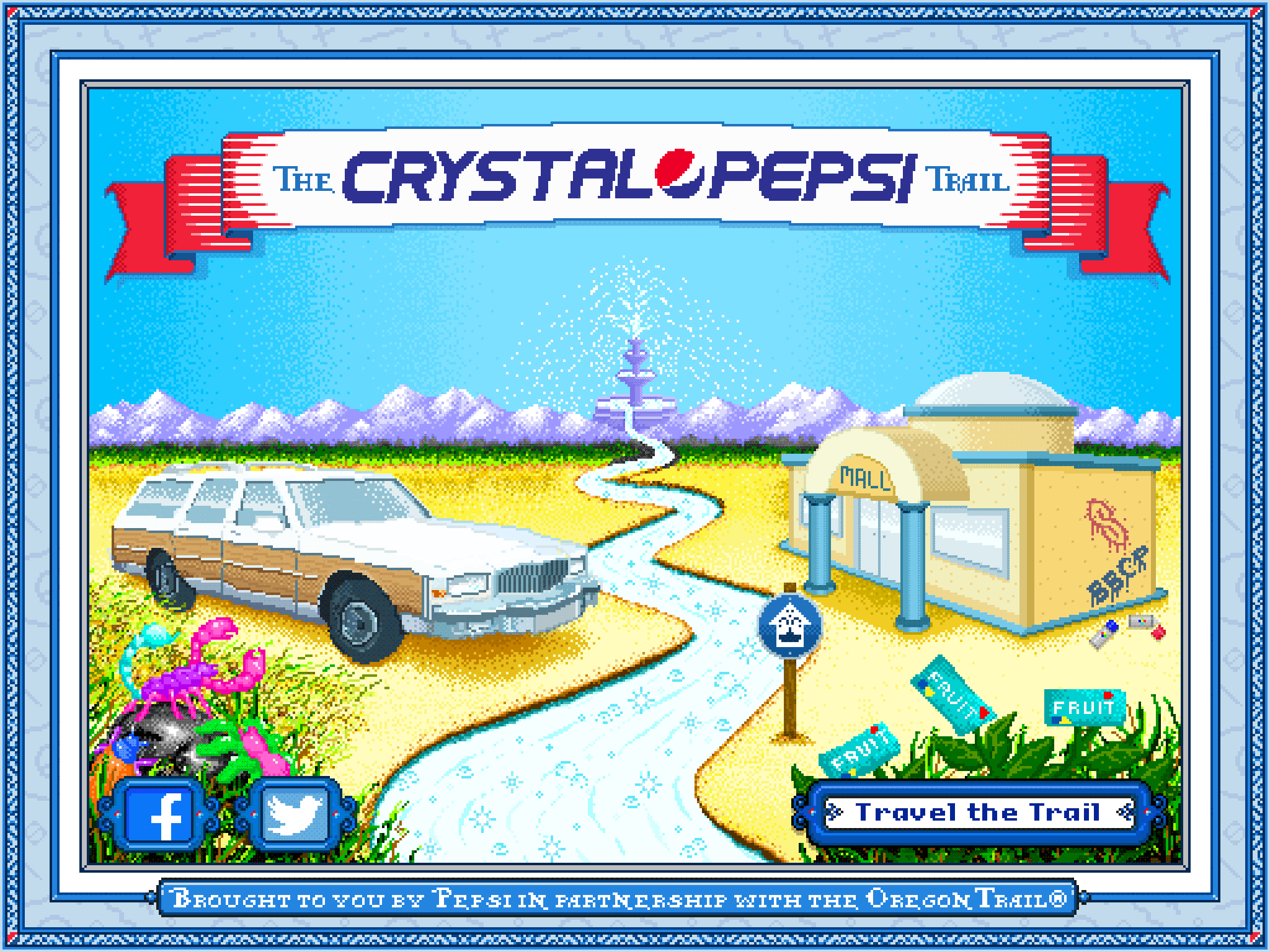