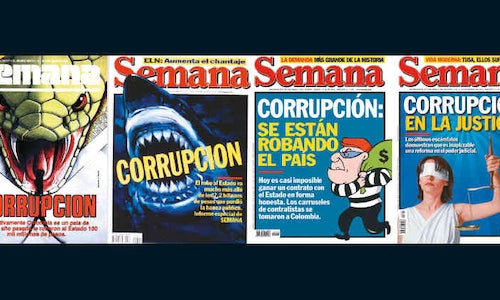 From the first day, the philosophy of the magazine was to create a research unit that uncovered what the partisan magazines did not publish, and the acceptance in terms of readers was immediate. The same thing did not happen with the advertisers. As the press was limited to newspapers, progress was slow and hard. During the first seven years the magazine gave losses, which allowed Felipe López to buy gradually to his other partners who did not see much future in that adventure and for whom the initial investment had been really symbolic.

With the pass of the years, journalistic crusades achieved that while the opinion magazines lost ground in the world by the Internet competition, SEMANA managed to remain as the analytical referent of the Colombian reality. The two people who have been at the head of this successful process have been Felipe López and Alejandro Santos, who for almost 20 years have been the binomial that guided this publication.

The prestige obtained is not only internally recognized, in Colombia, but internationally. The Economist described SEMANA as "the best magazine in Latin America". The Washington Post "SEMANA is the magazine with the greatest impact in Latin America". And even in Spain the ABC referred to it as "the point of reference between Colombian journalism inside and outside its borders."

Complaints that gave SEMANA its prestige today were mainly focused on drug trafficking and paramilitarism. The drug phenomenon has infiltrated society in an unsuspected way, and death squads have taken the country's violence to levels of cruelty comparable to the current Middle East wars. The word "massacre" became a routine term in the national press. The paramilitaries, in various regions of the country, executed everyone they considered guerrilla auxiliaries. In small populations that sometimes meant bullet killing of 10 or 20 people in one afternoon.

Not less significant was the penetration of drug trafficking in all sectors of Colombian society. Under the administration of President Ernesto Samper it was shown that his campaign had received $ 6 million from the Cali Cartel and that at least 50 congressmen had funding in their campaigns for one of the drug cartels. During the three years that lasted the scandal, SEMANA was at the forefront of national journalism, revealing, week after week, every new episode of it. This led to the imprisonment of many of the protagonists and almost in the fall of the President of the Republic.

Another chapter of national life in which SEMANA played a definitive role was in the government of President Álvaro Uribe Vélez. Here SEMANA made important denunciations such as parapolitics, links between armed groups outside the law and local politicians, as well as illegal interceptions by the state intelligence agency to opposition leaders, journalists and human rights defenders.

SEMANA's stories and research have shaken the country's public agenda on multiple occasions and its effects, triggering huge national scandals that have contributed to strengthening justice and reminding the violent and corrupt that the press in Colombia is the first guardian of society. 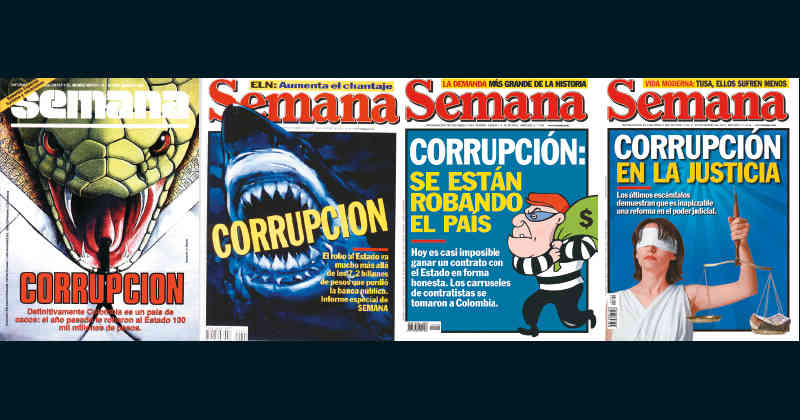