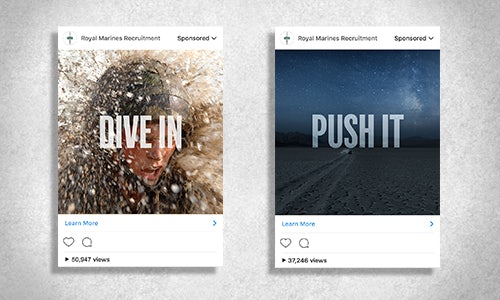 The Royal Marines is renowned as one of the world's most elite and physical fighting forces. However, being a Commando demands not simply physical prowess but, more importantly, an unwavering mental focus and determination - a quality that very few individuals possess.

Our mission was to appeal to those young men who may have these invaluable qualities but for whom the Marines was not, as yet, a career option they had considered. Increasing awareness and consideration of the Royal Marines among this audience were our primary objectives.

In order to reach this audience in a cost-effective manner, we used paid media to target young men who follow the likes of IRONMAN and Tough Mudder on Instagram.

These sorts of endurance fitness events appeal to those who relish a challenge far greater than your typical rugby or football-loving sports fan. Importantly, it's the mental toughness required to push yourself beyond your physical limits, which these events require, that the Royal Marines so value. As the proposition says "it's a state of mind".

Using this insight and strapline, and knowing the fast-flick nature of Instagram, we produced a very immediate series of mini-ads that visualised the various extreme environments Royal Marines are regularly faced with – and relish. This imagery was coupled with bold, succinct, emotionally-charged headlines which captured the motivational can-do attitude that would appeal to our audience.

Our creative output was delivered across a combination of static, short-form video, and GIF executions. Increasing the cost-effectiveness of our campaign further, we were able to use the Royal Marines' existing social media accounts to extend our reach organically.

Our objective was simply to raise awareness of the Royal Marines as a potential career. Over the three-month campaign period more than 22 million impressions were generated on Instagram, generating over 42,000 new sessions on the website's careers section. We also managed to grow the Royal Marines Instagram following from 10,000 to over 37,000.

The campaign provided some additional positive results over and above our primary goals.

The sessions created by the campaign converted to EOI submission at an impressive 1.02%, meaning 122 people started their application process on Instagram.

This conversion rate represents a 46% increase on the site average. Session duration was also 20% longer, 25% more pages were viewed per session, and the bounce rate was 63% lower. 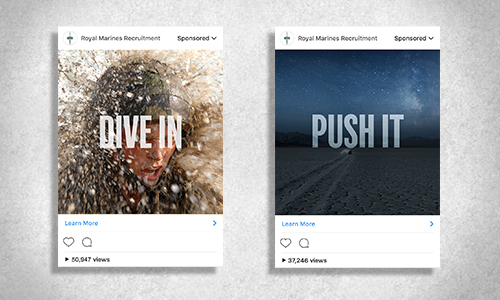 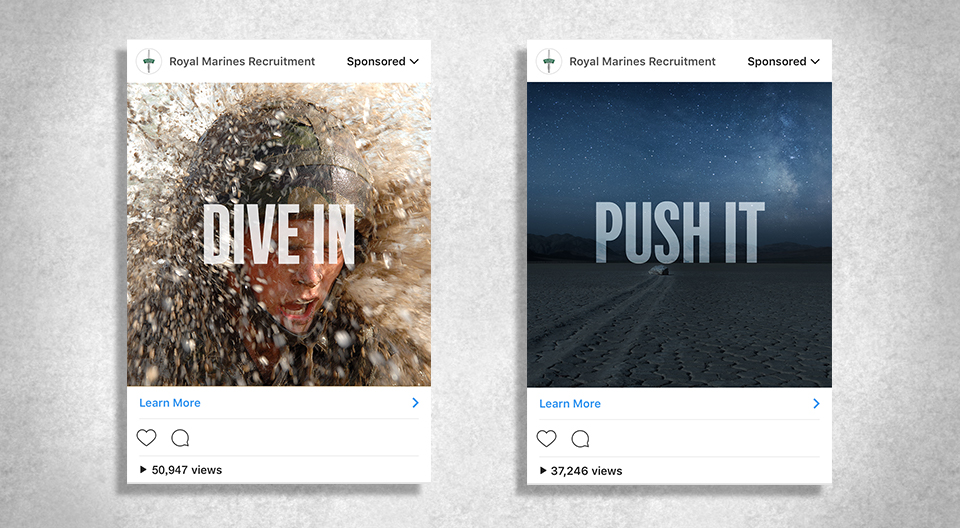 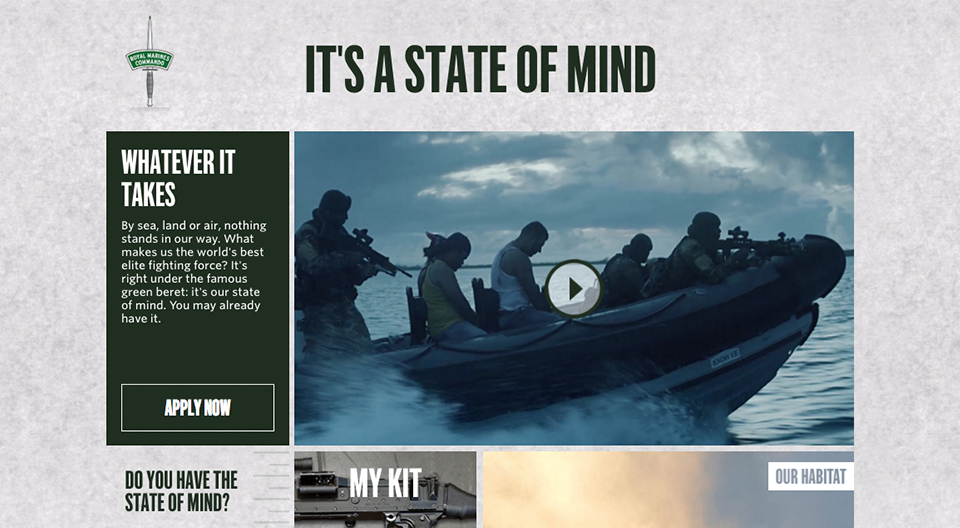 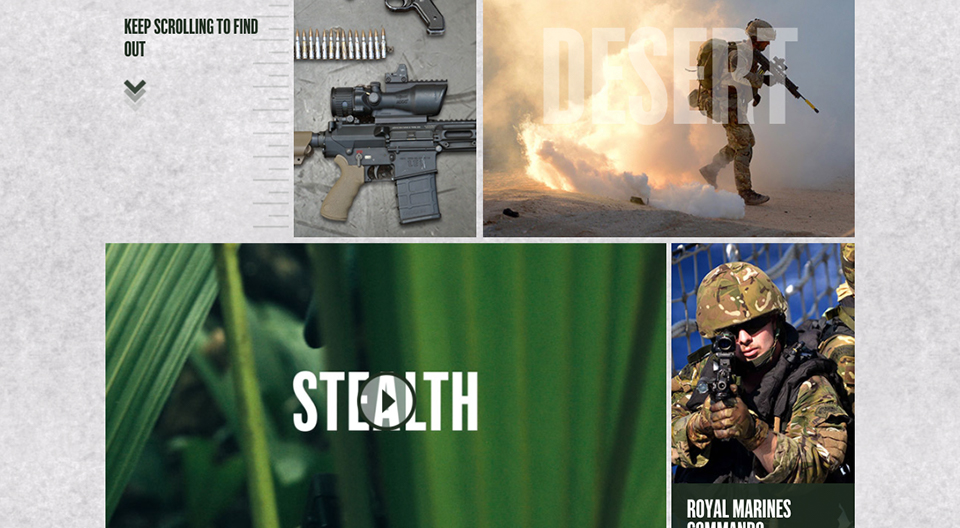 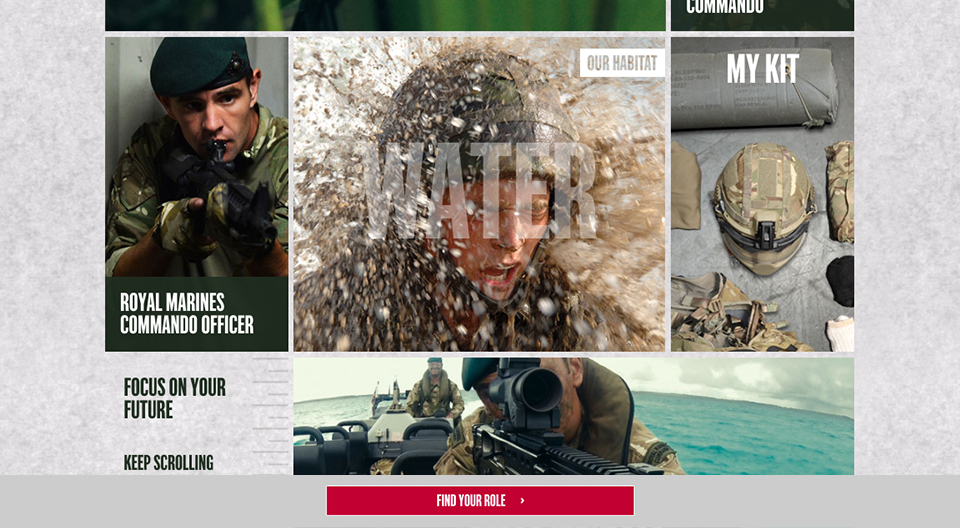