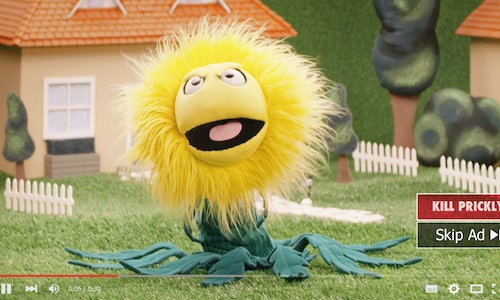 Scotts wanted to show that the faster you treat weeds with Scotts Weed B Gon, the less annoying the weeds will get, and the better off your lawn will be.

So we partnered with Google, to re-imagine something else annoying — pre-roll ads — and turned them into an interactive product demo, by tweaking the functionality of the 'skip ad' button.

The pre-roll starred an annoying weed character named Prickly, who was so annoying, you'd want to kill him.

At the 5 second point of the video, the 'Skip Ad' button popped up, giving viewers a chance to skip our pre-roll. But, we also gave viewers a second option. A button that would let them 'Kill Prickly'.

If viewers clicked 'Kill Prickly' instead of skip, they got to jump ahead in the pre-roll, to the point where Weed B Gon is used to kill the annoying weed.

Giving viewers a choice worked. While most pre-roll ads are skipped in the first few seconds, only 2% of all Prickly viewers chose to skip the ad. Instead, 98% of all viewers made it through the full ad, making it one of the most successful pre-roll ads ever.

Using pre-roll in a unique and innovative way helped us to land Scotts' message, while giving viewers a fresh way to interact with our brand, and learn exactly how it works. 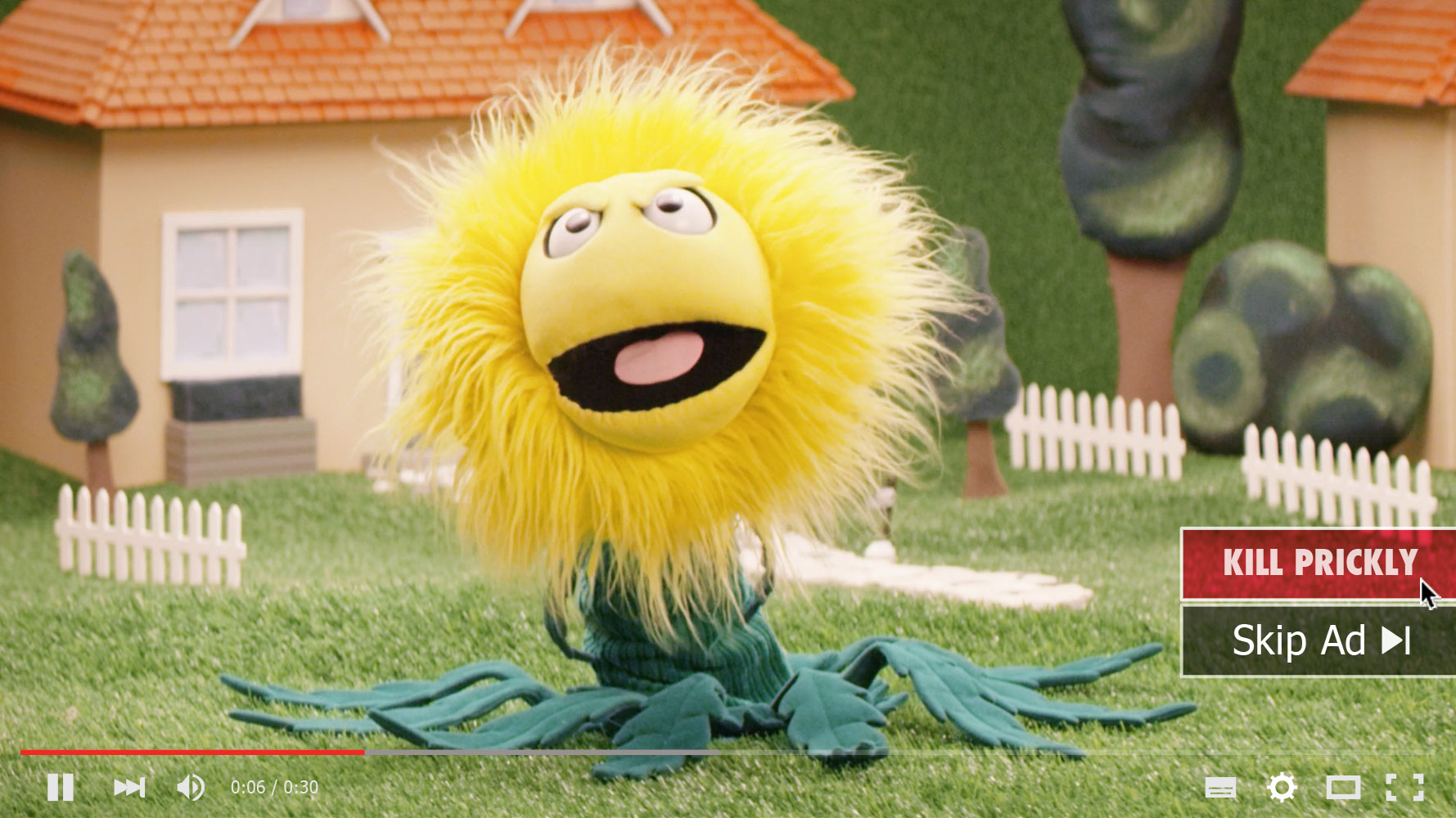