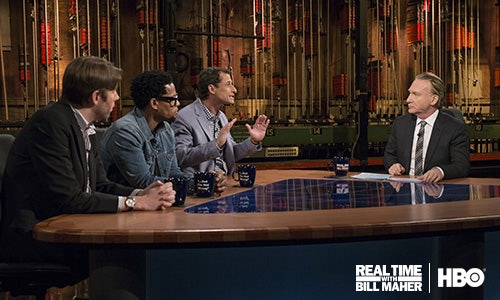 We aimed to capitalize on the major news moments of the RNC and DNC conventions in July 2016 by bolstering Real Time with Bill Maher as a bastion of truth and unfiltered political discourse and comedy. The show planned to do live on-air broadcasts of special episodes immediately following 2 key nights of each convention, and we wanted to share that with as many digital native news junkies as possible. In a 24-hour news cycle, we wanted to make sure Bill Maher's original commentary reached as many engaged digital viewers as possible.

We live streamed all four convention specials in full on the Real Time YouTube channel as they were broadcast on HBO. We heavily promoted and eventized these live coverage events on air and on social platforms in the weeks leading up to the conventions. We also worked with YouTube to ensure these events were promoted across their network. We shared highlights from the shows to the Real Time Twitter profile within minutes, leveraging Snappy TV's live clipping technology. Once the live broadcast ended, the episodes were archived on the YouTube channel and shared to Bill Maher's Facebook page for his nearly 4MM followers to enjoy for free. The convention specials served as the perfect tactic to promote Friday's main show, capping off three straight nights of coverage. The main show also aired as usual on those Friday nights, amounting to three straight nights of live coverage from the newsworthy conventions in Philadelphia (DNC) and Cleveland (RNC). The convention special episodes featured panels of Real Time favorites including Michael Moore, Gavin Newsom, Dan Savage, Salman Rushdie, Heather McGhee, Robert Reich, Joy Reid and more, who used their own social platforms to promote the live streams. Social buzz spiked in real time as fans reacted to the specials and the panellists live-tweeting. Fans were thrilled to get an extra dose of Real Time live during such critical moments in political news.

All four of the convention specials were in the top 8 performing videos on the YouTube channel by watch time, video views, subscriber increase, likes, shares, and comments. Together, the 4 specials amassed over 45 million minutes of live watch time, and account for over 8% of total watch time on the channel. Fans were thrilled to join Bill and his guests as they reacted to the major news events, bringing new meaning to Real Time and introducing a digital-native audience to the show's unparalleled commentary. Social sentiment was very positive, and many fans applauded Real Time's commitment to producing truly live and comprehensive coverage of the conventions. 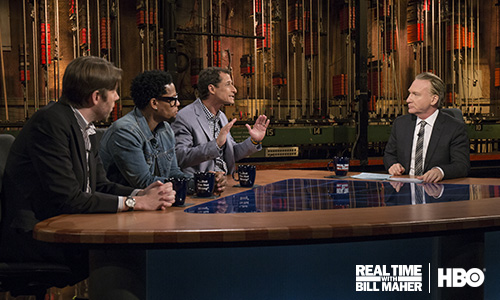 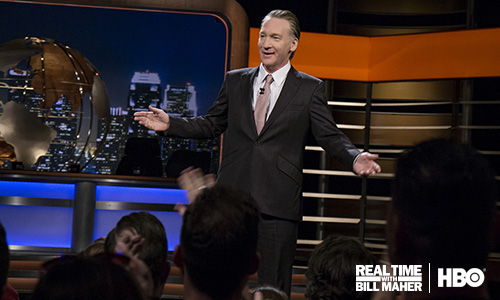