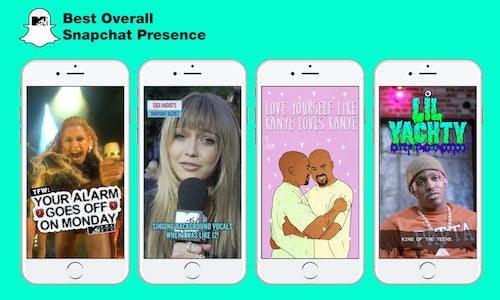 MTV is the world's premier youth entertainment brand. With a global reach of more than a half-billion households, MTV is the cultural home of music fans, artists, and an ever-evolving young audience. MTV reflects and creates pop culture with its Emmy, Grammy and Peabody award-winning multiplatform content built around storytelling, music discovery and social activism. MTV strives to anticipate the needs of an ever-changing audience whose viewing habits are as dynamic as their taste in music and entertainment.

With the ongoing convergence of TV and digital entertainment, we challenge ourselves to roll out exclusive, platform-specific coverage of music and culture that enhances the viewing experience for both our linear and digital viewers. We utilize every aspect of Snapchat - Discover, Live Story, Brand Story and filters - to build anticipation for broadcast tentpoles (like the VMAs), extend the narrative of our linear properties, as well as create original content specific to the Snapchat platform in all its variations.

Since its launch, Snapchat Discover has increased daily unique views by 15%, monthly unique views by more than 250%, and daily core users (users that view our channel at least 3 days/week) by more than 140%. We've created original video series and original editorial series specifically for the platform, as well as supporting both MTV News editorial and the linear networks by re-working existing content to be optimized for the Snapchat platform.

Beyond Discover, we utilize every aspect of Snapchat & coordinate with teams throughout the MTV universe to deliver the greatest, most engaging content that makes the best use of the platform.

For example, we partnered with Snapchat to create TWO featured Live Stories for the 2016 VMAs. The first launched morning of show as an awareness play; the second kicked off with the live event, creating urgency to tune-in. In all, the VMA Live Stories garnered over 21 million unique viewers, up 73% year-over-year.

Breakout social star Joanne The Scammer "hacked" into MTV's Snapchat account, effectively taking over our brand story on the red carpet. During the broadcast, social darlings Lohanthony and DanaBaby took the reigns, giving fans an inside look at their VIP VMA experience.

To top it all off, MTV's Discover channel featured several VMA-themed editions, teasing nominees, retrospective content, full performances, and other shareable moments from the show. The MTV Discover channel broke records the day after the show with 8.9MM+ longform views in 24 hours! 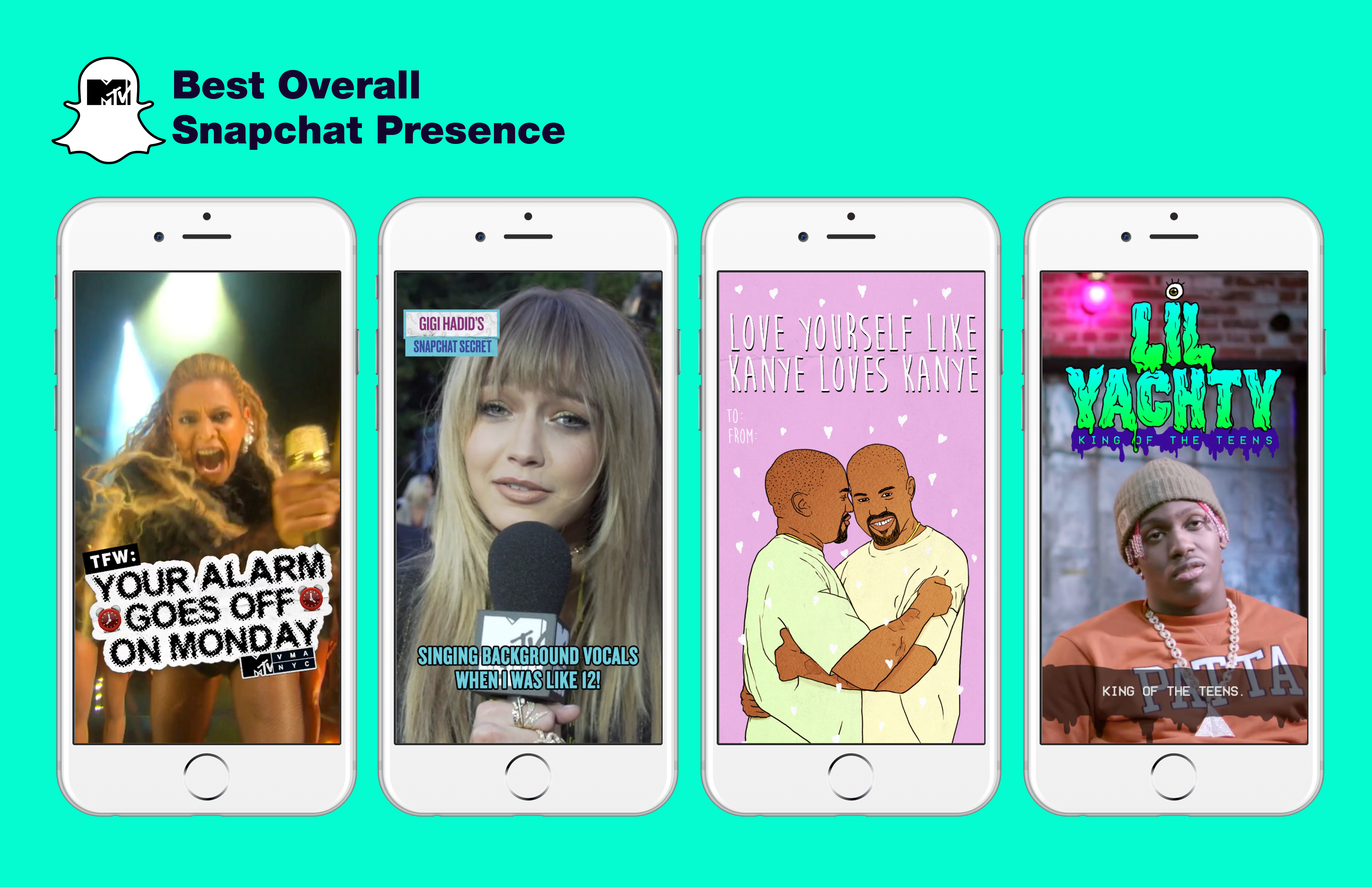