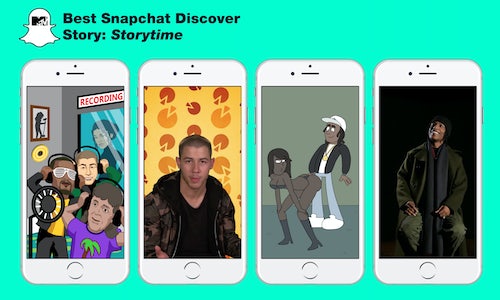 MTV is the world's premier youth entertainment brand. With a global reach of more than a half-billion households, MTV is the cultural home of music fans, artists, and an ever-evolving young audience. MTV reflects and creates pop culture with its Emmy, Grammy and Peabody award-winning, multi-platform content built around storytelling, music discovery and social activism. MTV strives to anticipate the needs of an ever-changing audience whose viewing habits are as dynamic as their taste in music and entertainment.

Greatest Party Story Ever And Other Epic Tales was already a successful series for the MTV Network, using ordinary people and fun animation to recreate tales of wild nights and crazy situations. In order to build on this success, and take advantage of our access to musicians, artists and celebrities of all kinds, MTV Snapchat Discover created a version of the show, called Storytime, that would not only be formatted specifically to the vertical platform, but allow for a unique insight into some amazing stories directly from the mouths of our audience's favorite stars.

MTV's Snapchat Discover team interviewed and compiled the wildest stories from some of our most-loved celebrities and turned them into fun and imaginative videos that would entertain our audience, and also give them a feeling of intimacy with their favorite stars as they were given a window into their chaotic lives through their own words. The episodes featured exclusive interviews with the stars, as well as fun and quirky animations used to recreate the story as the narrator recounts it.

Originally made to promote the on-air series Greatest Party Story Ever, MTV's Discover team created a celebrity version of the show especially for Snapchat Discover. After five episodes, it was clear the audience loved the spinoff, and we continued to create new episodes of the franchise for the platform. Throughout its run, MTV's Discover channel has featured more than a dozen artists, including Nick Jonas, Iggy Azalea, A$AP Rocky, Tove Lo, Rick Ross, and Scarlett Johansson. 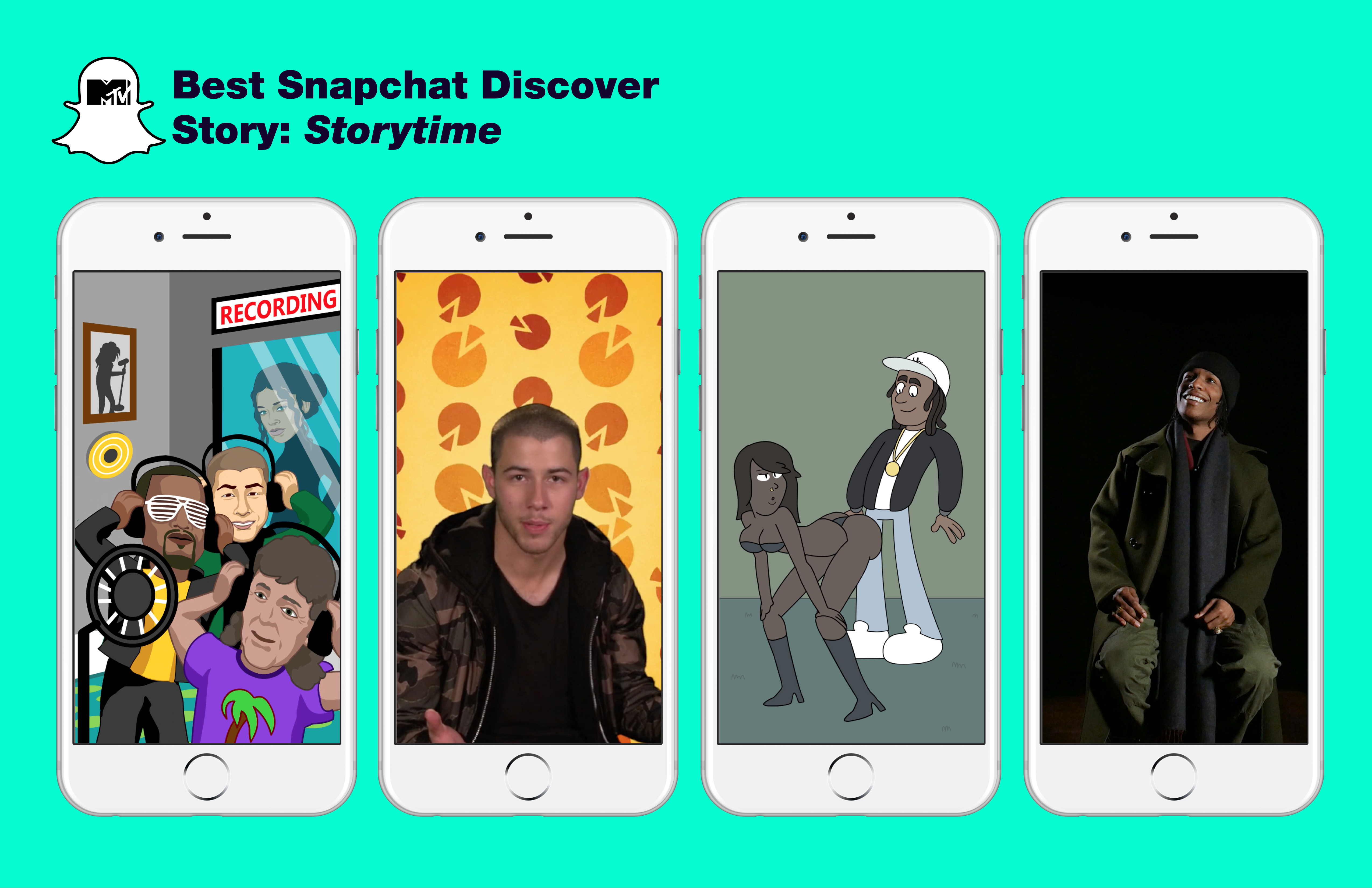