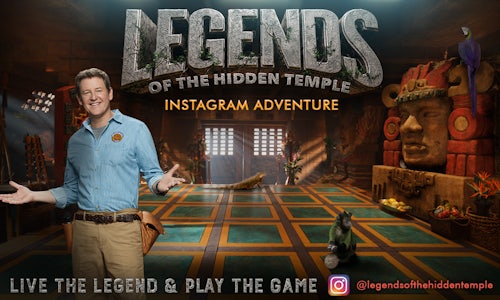 Legends of the Hidden Temple Instadventure

By introducing new audiences to the mysteries of their upcoming TV movie, Legends of the Hidden Temple, and reconnecting older audiences with elements from the original game show that it was inspired by, Nickelodeon aimed to use a "Choose Your Own Adventure"-style Instagram experience to increase awareness and drive intent to view the movie

Using Instagram as an interactive storytelling device Nickelodeon and Neo-Pangeo worked together to create a "Choose Your Own Adventure"-style game that enabled bold adventurers to explore the depths of the Hidden Temple. Along the way players were challenged to search for hidden artifacts, answer riddles, and solve puzzles, all while being reminded to watch Nickelodeon's new movie to see if the on-screen explorers could also navigate the Temple's legendary labyrinth.

Starting November 23 the Temple officially "opened" with six Instagram posts replacing the previous mosaic alongside a "How To" video shared on Nickelodeon's Facebook, Instagram, and Twitter accounts. These initial posts informed fans how to play and opened up the first pathway into the Hidden Temple.

Fans began at the main @LegendsOfTheHiddenTemple account and clicked on photo tags to progress into Olmec's Temple. Within this first new Instagram account they were greeted with six new tiles and a puzzle to solve. The correct answer led to a new Instagram account with a new riddle, while the wrong answers led to dead ends with Temple Guards, reminiscent of an element from the '90s game show that also served as a plot point in the 2016 movie. As fans progressed deeper into the Instadventure the challenges got more difficult, requiring fans to use Instagram actions like pinch-and-zoom feature or asking them to remember features from previous Temple accounts.

For three days leading up to the on-air premiere of the movie a new room was unlocked and a row of tiles were added to the main Legends account, each with new challenges mirroring the game show aspects. Nickelodeon and NeoPangea were also able to get actors from the original series and 2016 TV movie to make cameos and lend their voices, providing fans with words of encouragement as they unlocked levels.

On the day of the TV movie premiere the last level was unlocked, containing one of the most popular challenges from the '90s game show - the Shrine of the Silver Monkey. In this challenge fans had to assemble the monkey to receive the movie's ultimate treasure, the Pendant of Life, along with congratulatory videos from two original game show characters.

In all almost 100 accounts were activated, each built from photos culled directly from the movie, bringing this instadventure to life and undoubtedly fulfilling a childhood dream for many.

Fans new and old were ecstatic! For the old fans it was Nickelodeon's way of reigniting their passion in a childhood TV show and for the new fans it was a fun way to get them interested in the upcoming TV movie. Those who made it through all the levels (it took around 25 clicks per day to complete without making any mistakes) left positive messages about how much fun they had and how they enjoyed the challenges. In the first day alone, based on number of followers, more than half the participants were able to make it to the end of each challenge. 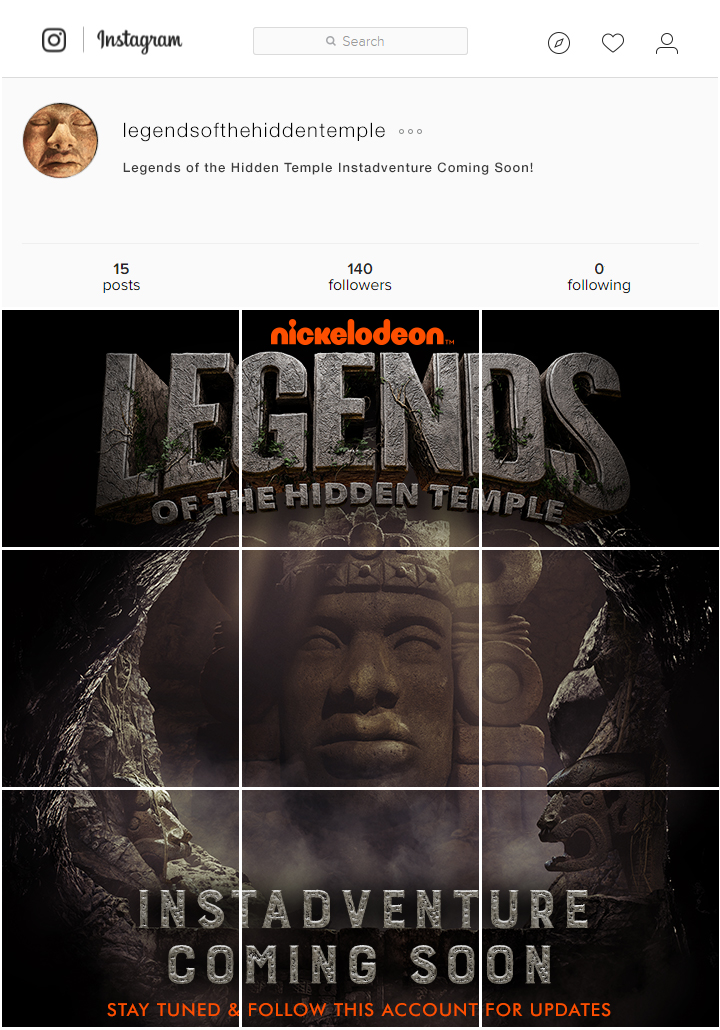 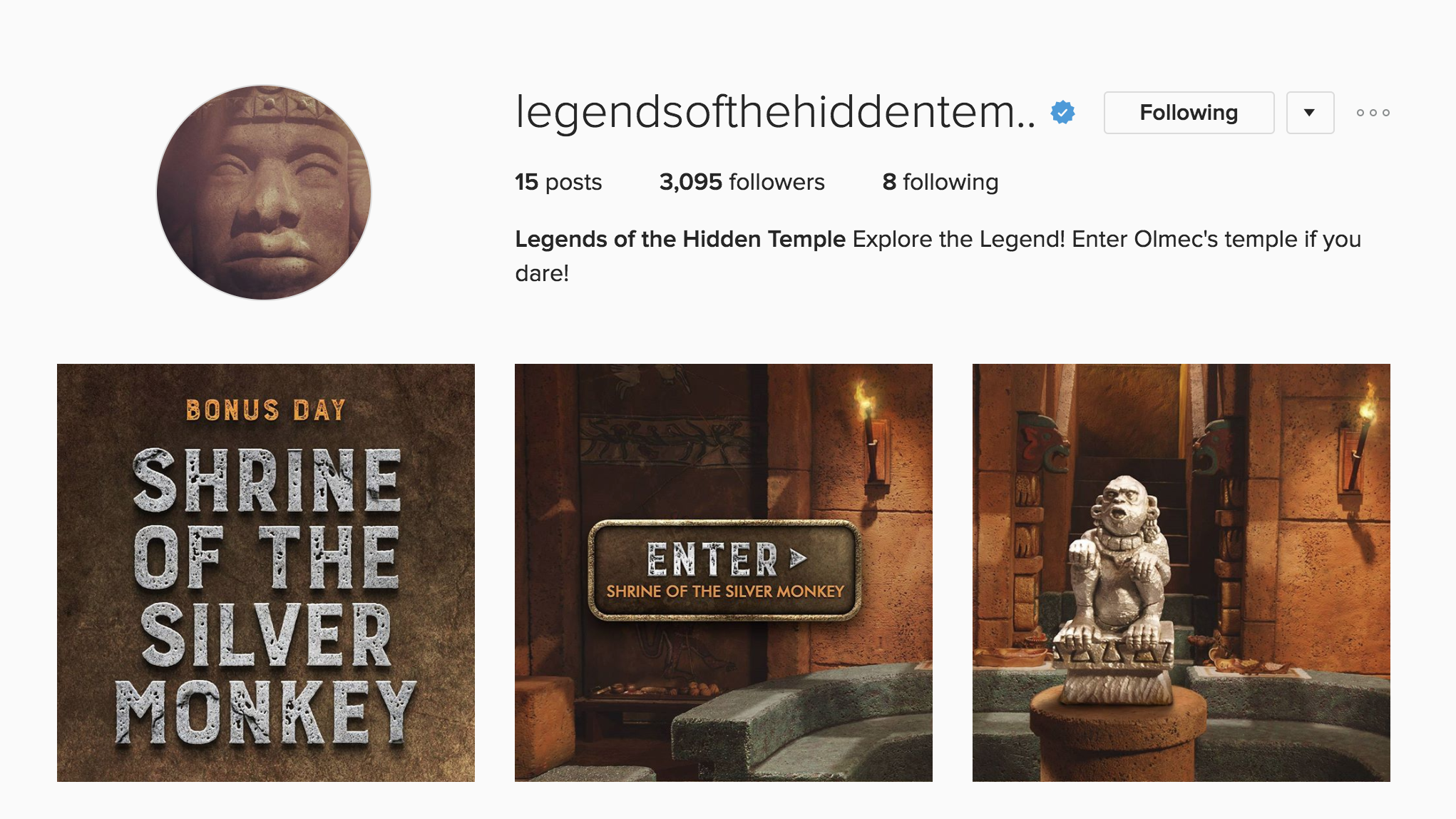 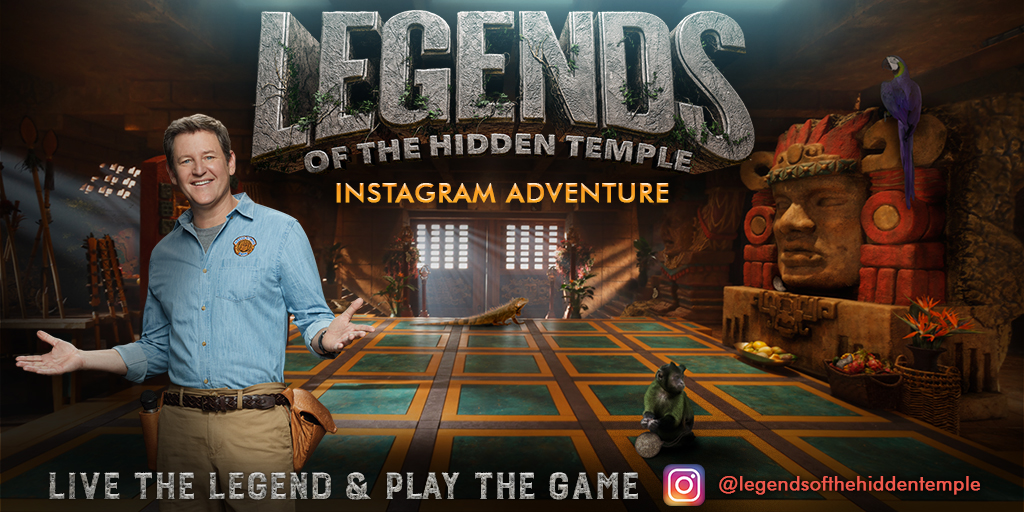 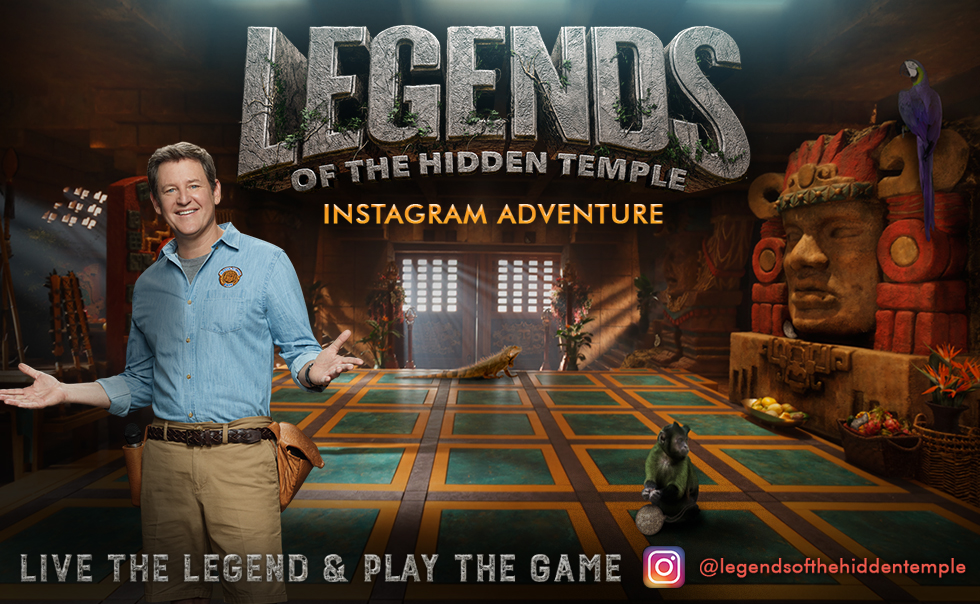