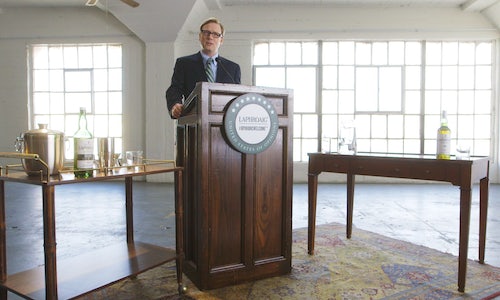 Laphroaig Single Malt Scotch Whisky is not for everyone. Its distinct taste incites unique and visceral descriptions such as "Smells like medicine. Tastes like soil. My whisky of choice." And those are just from the people who love it.

Laphroaig's critically acclaimed #OpinionsWelcome campaign has sought to intrigue, attract, and recruit a new generation of drinkers through the creation and sharing of people's real opinions – good, bad, and just plain confused.

But after three years, and with sales lagging heading into the crucial Q4 sales period, when spending from first-time category buyers increases 400%, Laphroaig called upon MULTIPLY to breathe new life into the campaign.

With the general election providing timely context for starkly contrasting opinions and debate, it was time to reengage whisky fans in a newly compelling and culturally relevant way to recruit new drinkers.

And we did so with one of the most courageous, authentic, and engaging ideas the brand had ever embarked on: the Laphroaig Filibuster, a 3½ hour long speech that sought to answer another important debate gripping the country: is Laphroaig a peaty, smoky delight, or does it smell like a burning hospital?

Laphroaig's #1 goal is to recruit new drinkers from 'emerging enthusiasts,' who represent 23% of US Scotch volume. They're on a journey of discovery, but still intimidated by more challenging liquids. Comedy and online video are two of the best ways to reach them.

Whisky trial is driven by referral, so #OpinionsWelcome features authentic, compelling, and intriguing descriptions – positive and negative – from Laphroaig drinkers. Some 15,000 have been collected since 2014.

MULTIPLY was briefed to use these opinions to engage media and social influencers, and ultimately excite new drinkers in the category. With thousands to draw from, a theme of debate, and the election backdrop, the creative idea presented itself: the Laphroaig Filibuster.

The Filibuster would be an inordinately long, funny, and sometimes bizarre speech comprising the opinions, plus commentary, asides and quips, recorded in one take. Casting was critical to both deliver a challenging performance and to add consumer and media interest.

MULTIPLY conducted research into filibuster rules to ensure authenticity. "Easter eggs" throughout the film, based on famous real and fictional filibuster moments, would reward those who committed to watch it all.

In an age of short, snackable brand communications, MULTIPLY was confident the absurd length and tongue-in-cheek reference to political debate would generate interest. The film would be released between the final presidential debate on October 19th and the election on November 8th.

On the day of filming, Andy Daly, of Comedy Central's Review, approached the podium, announced his intention to speak for an extended period to settle a debate that has been gripping the nation, and began reciting thousands of opinions, including this from Joel of Fayetteville, Arkansas: "Who knew that a brine-soaked Band-Aid, spit roasted over a well-stoked charcoal fire, could be so delicious?"

The cameras kept rolling through repeated interruptions from a pesky fly, audible sirens, and Daly's verbal stumbles. "Easter eggs" included a Laphroaig cocktail recipe inspired by US Senator Huey Long's 'pot-likkers' recipes from his 1935 filibuster; the appearance of red running shoes, made famous by Texas State Senator Wendy Davis in 2013; and a quote from the 1939 movie Mr. Smith Goes to Washington. Three and a half hours later, Daly finally yielded the floor.

The film was uploaded to Laphroaig's YouTube channel and the campaign kicked off on October 26th with outreach to media and social influencers targeting the emerging whisky enthusiast. MULTIPLY created promo edits for use on Facebook and Twitter, and a contextually relevant YouTube pre-roll ad. Says Daly, "Even if you skip this Laphroaig Filibuster ad, I will not yield!"

MULTIPLY generated time stamped YouTube links for every single opinion featured. These were emailed to their originators, including editors and whisky influencers, as well as members of the Friends of Laphroaig loyalty program. The links took them directly to the part of the film when Daly recited their opinion, and they were encouraged to share the clip.

Social Media: The long and short form YouTube videos were viewed 25,000 and 328,000 times respectively, and generated 2.5x more comments than any previous #OpinionsWelcome activity that year, including, "This is actually the greatest thing I have ever seen," and "I'm in love with Laphroaig." Over 1,200 social shares of key earned media placements and posts of opinion clips generated a further 3 million impressions.

Earned Media: The film was featured in 30 target-specific media outlets, including Business Insider, The Huffington Post, Made Man, Paste, and UPROXX, delivering more than 45 million impressions. It was named Ad of the Day by Adweek and Editor's Pick by Creativity Online.

Email Marketing: The individually time stamped emails had an open rate of 62% – more than 3x the industry average and 2x Laphroaig's previous best campaign. The video click through rate was an astonishing 89% – more than 12x Laphroaig's average CTR.

Business/Brand Impact: Behind the #OpinionsWelcome campaign, led by the Filibuster, Laphroaig closed the Q4 holiday period strongly, delivering its annual plan goals. Laphroaig Select, its key expression to recruit new consumers, grew by over 100% during the period.

"The Laphroaig Filibuster was a genius way to leverage the successful #OpinionsWelcome campaign in a fresh, contextual way, celebrating our fans' wildly colorful opinions and encouraging new consumers to try the brand and establish an opinion of their own. It's still hard to believe a 3 ½ hour Filibuster could be so enjoyable to watch!" 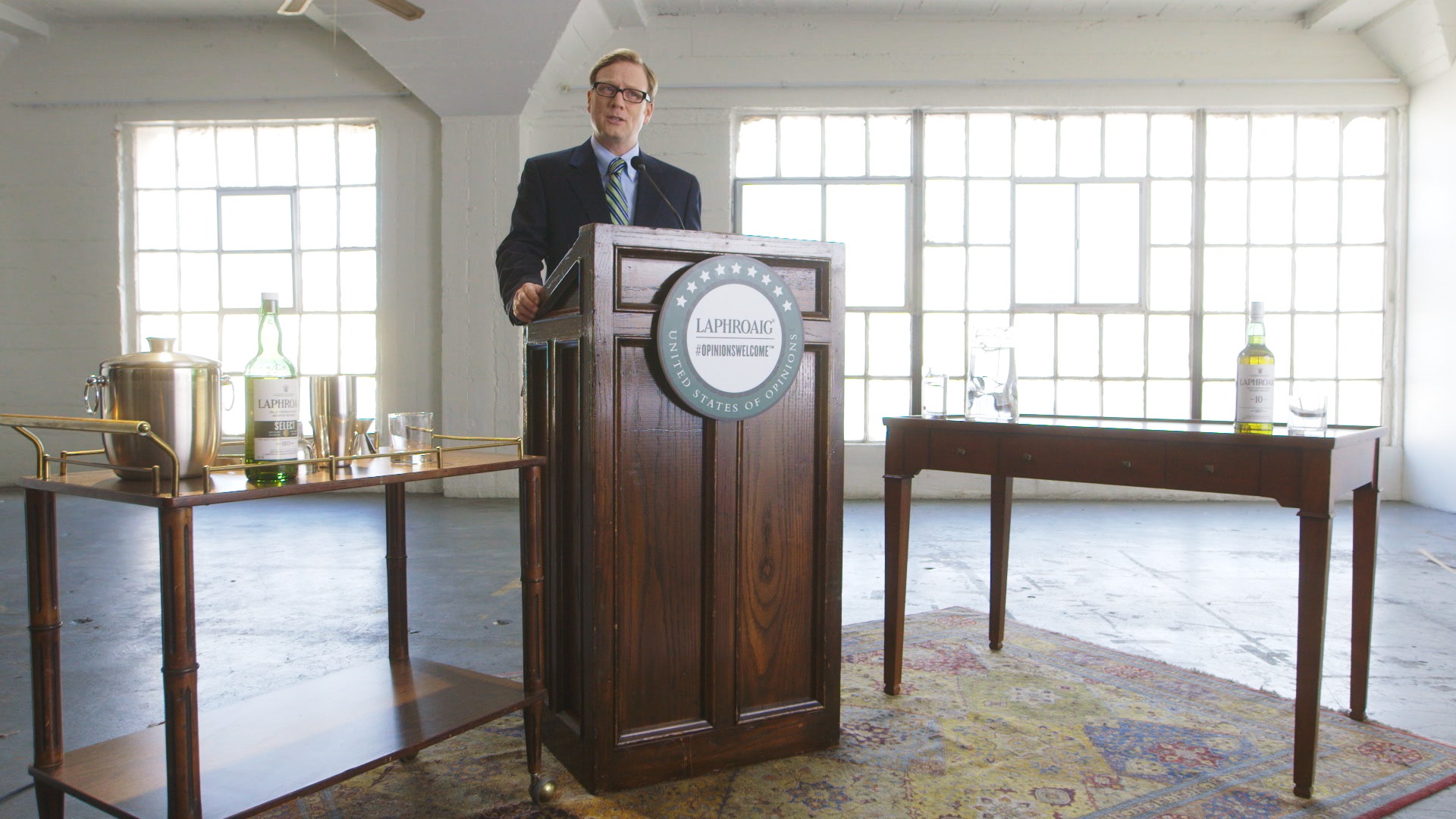 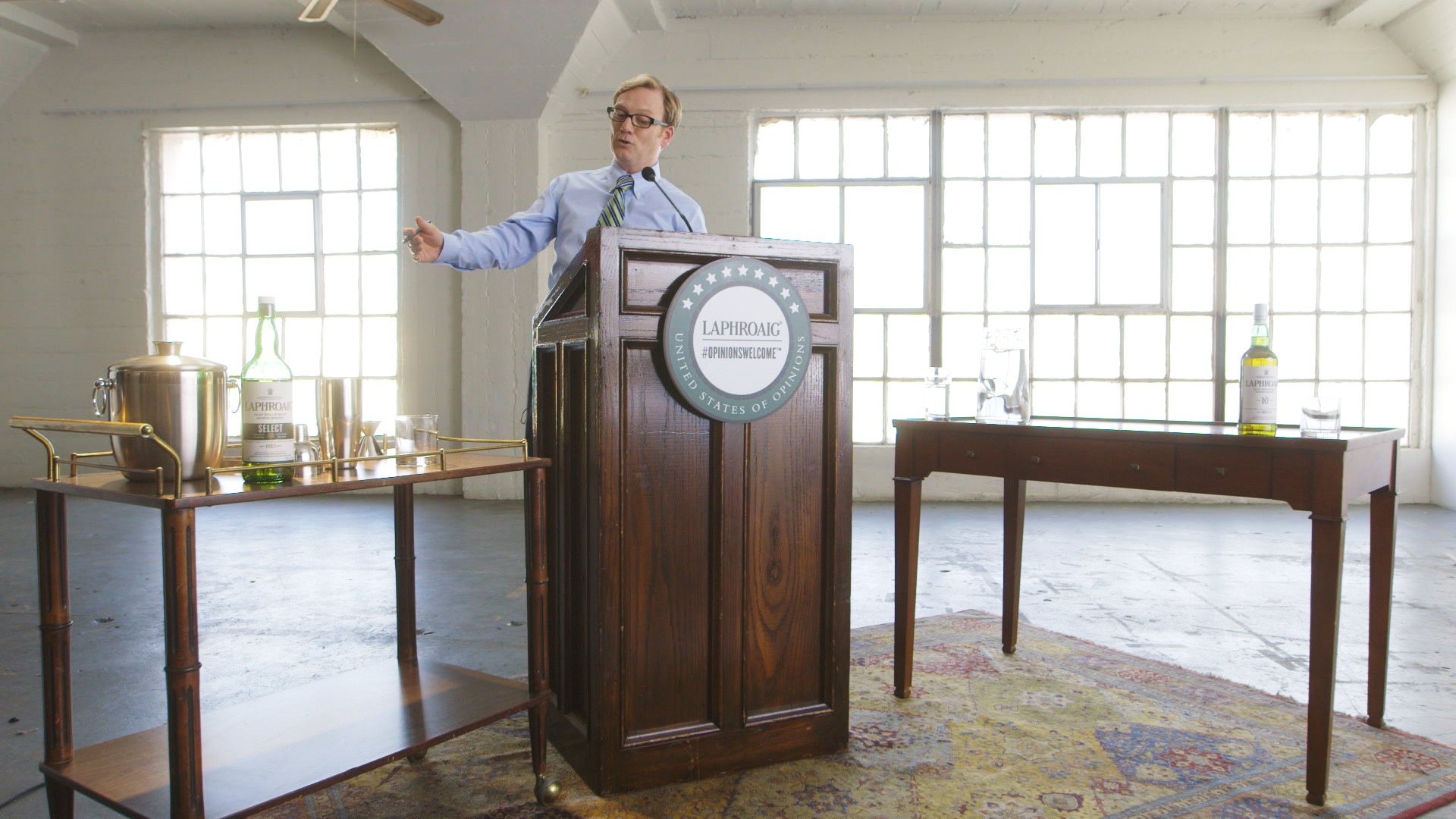 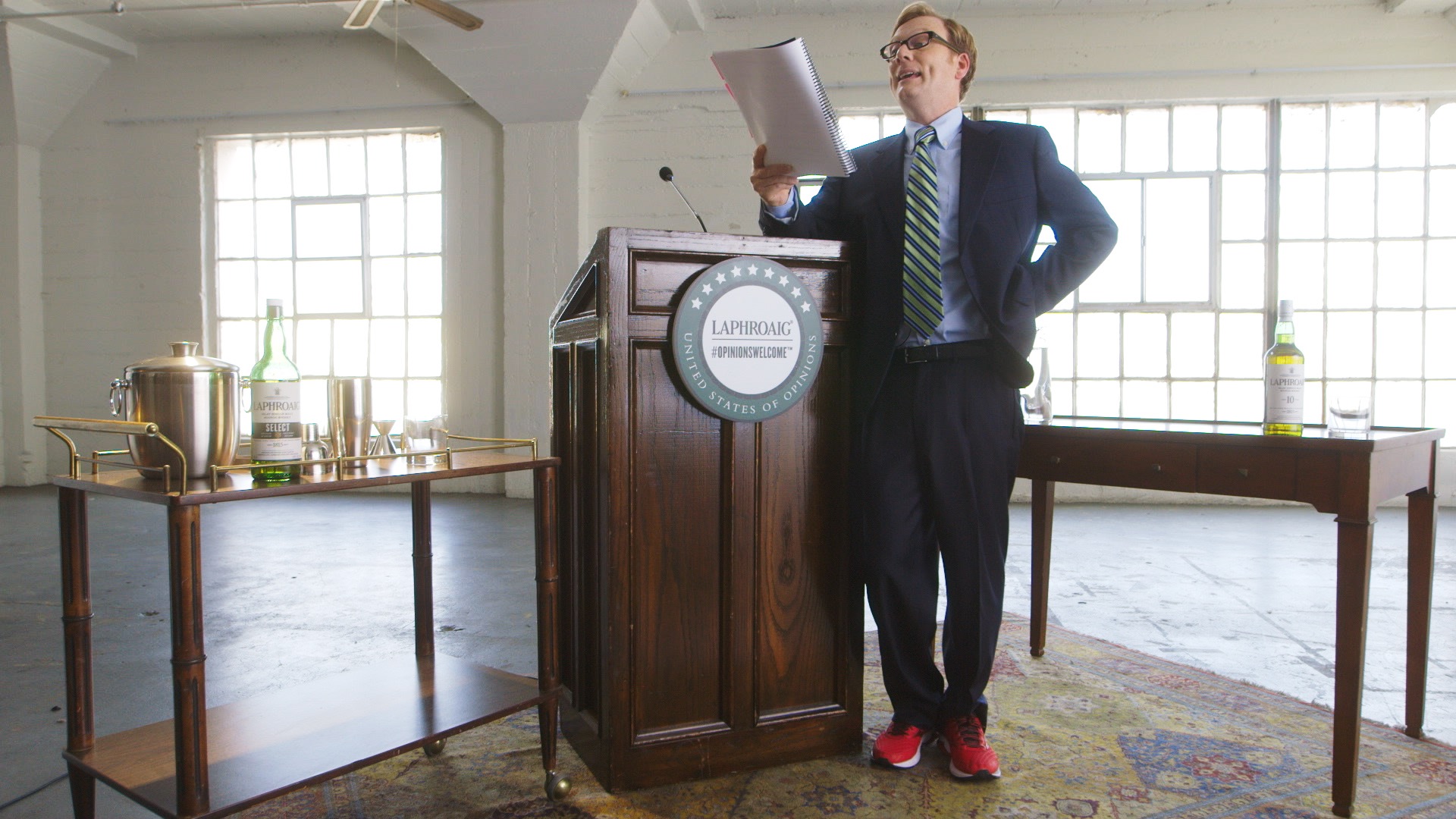 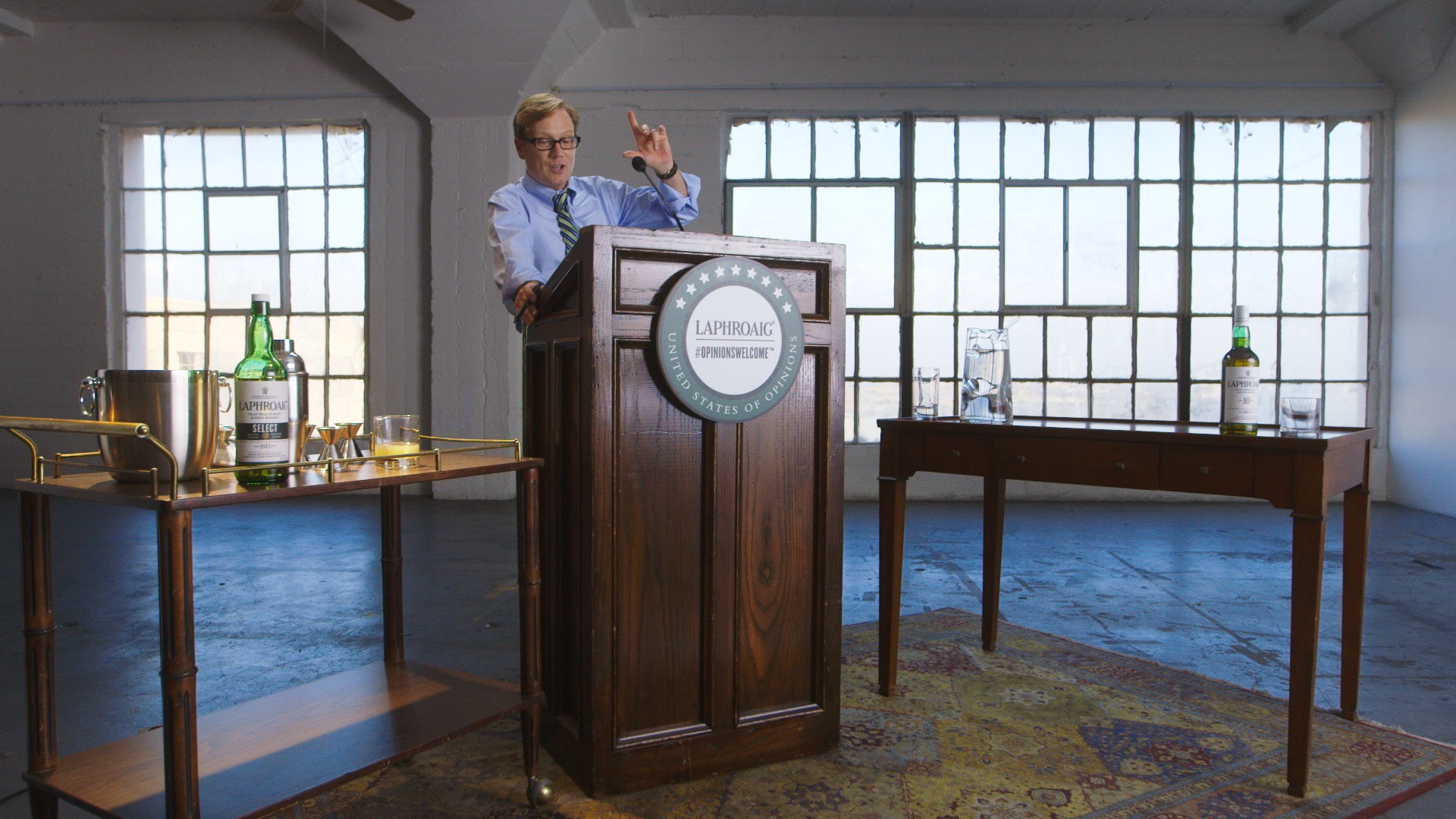 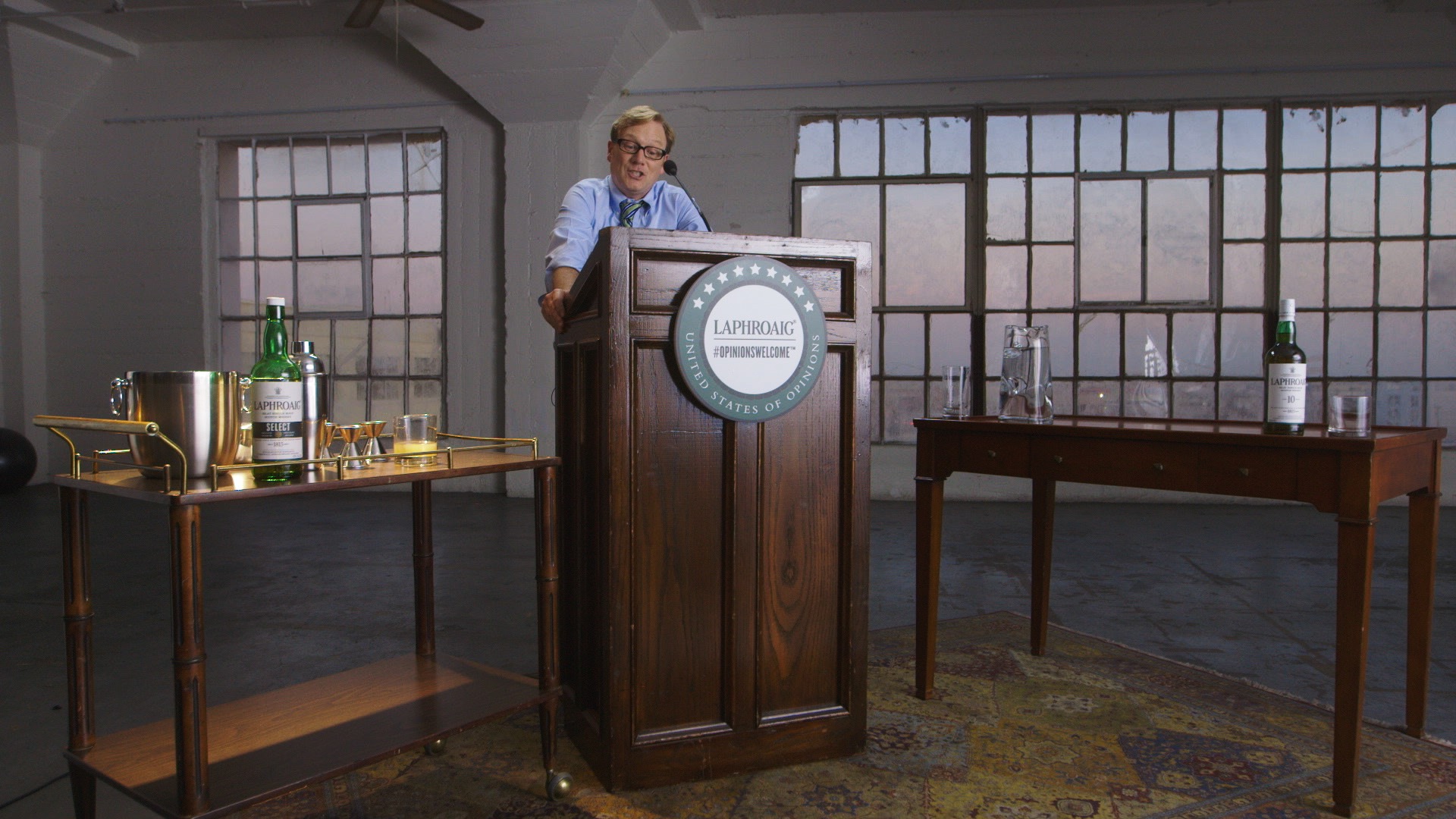