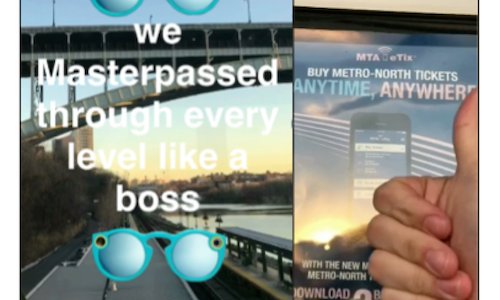 The holidays are synonymous with long lines and crowds, especially in New York. During the 2016 Holiday Season, Mastercard and the MTA wanted to show the ease and time-saving benefits of using Mastercard's mobile payment system Masterpass, when purchasing tickets via the MTA eTix app.

We wanted to work with an influencer to create video content showing how they Masterpass MTA tickets to bypass long lines at Grand Central. The benefit of an influencer integration was to leverage their creativity and authority to introduce Masterpass to both target audiences and new audiences by demonstrating an authentic use case.

In a saturated world, consumers trust ads less than ever before. They do however trust other people, in particular voices of authority. The right influencer has both the power to cut through the clutter while entertaining and engaging audiences.

Our strategy was to show the real world benefits of using Masterpass in an authentic and entertaining way, to show how Masterpassing MTA tickets not only bypasses long lines but also gives users the free time to access more of their own passions.

McCann identified Snapchat, YouTube, and Instagram influencers who fitted the Mastercard DNA and were able elevate the level of awareness of Masterpass in a unique (and potentially humorous) way.

Mike Platco is a former teacher, dad, husband, and professional Snapchat artist. He spends hours each day drawing pictures on Snapchat, many of which see him transform selfies into comical characters. With over 500K Snapchat followers, Mike has worked with big names such as 20th Century Fox, The Voice, Major League Soccer and Marriot Hotels.

During the influencer identification process, we discovered that Mike would be conducting a 13-day Snapchat activation for his followers. From December 12th – 25th, Mike would partner with different sponsors for each of the thirteen days leading up to Christmas to tell personalized stories that engage his 500K followers.

Each day, Mike would tell Snapchat/Instagram stories that would thematically tie to that day's sponsor. Each story would be uniquely designed to extend reach and engage audiences.

The overall goal was to spread holiday love by creating an atmosphere of excitement through personal, engaging stories.

As highly credible voice of social media, and extremely creative user of his platforms, McCann saw a unique opportunity to engage Mike for the Masterpass x MTA promotion.

•Mike Platco's Snapchat story was among the first uses of Spectacles for brand content.

•Masterpass + MTA eTix were showcased at 4 different intervals throughout the video with an average of 50K Unique Viewers – or about 70% of total unique viewers. 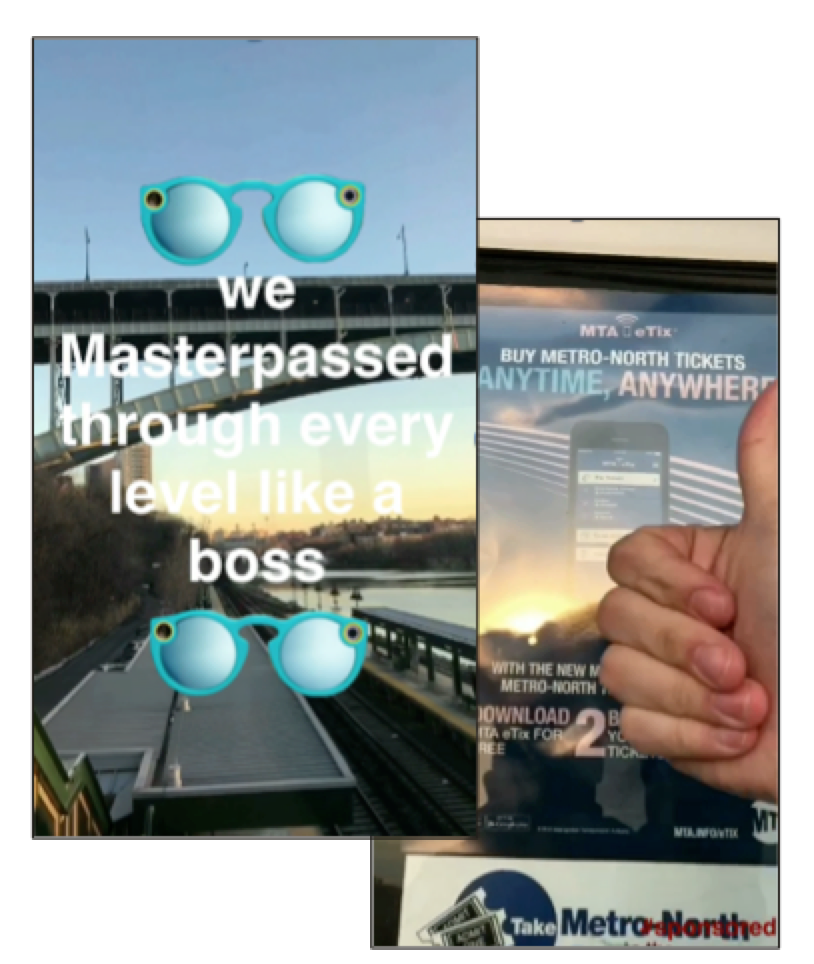