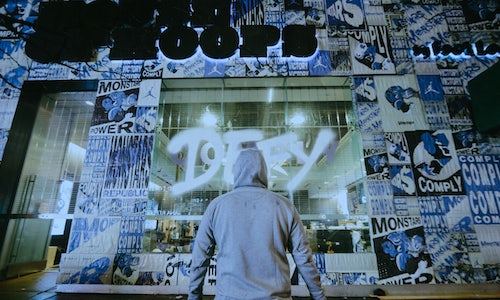 Of course, it would take much more than a single 90-second film to celebrate the cultural behemoth that was Space Jam. To bring the effort to life, Jordan enlisted the help of the marketing agency Laundry Service to launch an immersive social media campaign over the month leading up to the "Defy" short film's online debut. Leveraging dozens of assets across both physical and digital channels, the social campaign told the story of the Monstars, the animated villains of the original film, and their return to earth.

Our goal: drive maximum awareness among Jordan fans, leverage paid media and retargeting to ensure that the most engaged users were reached by as much campaign content as possible, and support the launch of the special edition Air Jordan XXXI and Air Jordan XI.

To support the launch of the 'Space Jam' Air Jordan XXXI and XI, we used social media to build an immersive storyline leveraging unique content across Jordan Brand channels. During the month-long campaign, we followed the Monstars as they returned to earth, "hacking" into Jordan Brand's Facebook, Twitter, Instagram, and Snapchat channels, posting digitally distorted videos, stylish posters, and ominous images of heavily damaged basketball courts.

We leveraged paid media and retargeting to create a storytelling funnel that helped to ensure that the most engaged users were reached by all hero assets, concluding with product focused content close to and after the launch. Our story took place in three phases: "Warning," "Comply," and "Defy."

The "Warning" phase of the campaign began with a cryptic tweet on the eve of the 20th anniversary of Space Jam, which alluded to the return of the classic cartoon villains. On the anniversary, the Monstars took over Jordan's social profiles, with video content declaring their return, updated logos, cover photos and name changes. The cultural relevance of the content led to rampant sharing and a mini-viral moment, generating 32.5K shares, and 2.01M video views in just 24 hours. During the hack, The Monstars reached out to Jordan Brand followers, athletes, and the media with propaganda and clips from the movie.

To bring the story into the real world, we experimented with Snapchat's new Snap to Unlock ad product, making Jordan Brand one of the first social marketers to use the new format. This let users scan snapcodes on OOH displays and in-store to unlock unique filters which rotated throughout the three phases of the campaign.

The "Comply" phase of the campaign allowed Jordan to regain some control, while continuing to bring users into a world dominated by the Monstars. On Facebook, Jordan and Laundry Service immersed those following the storyline even further with a Canvas Unit built to look and feel like a newspaper. Delivering blow-by-blow reports of the Monstars' latest worldwide rampage, the Canvas was opened 92.9K times, with users averaging 33 seconds spent within the unit after opening.

The campaign climaxed on 12/2 with the launch of "Defy," the official brand spot starring Jordan Athletes Blake Griffin and Jimmy Butler. The spot received over 15 million video views on Jordan channels. To drive user engagement, Jordan launched its first Snapchat lens on 12/2, allowing users to transform themselves into a Monstar. The lens was used nearly 2.5 million times.

The campaign surpassed all expectations, generating 201.3 million total impressions and 25 million video views. Our multi-platform storytelling proved to be the perfect way to get Jordan fans involved, helping us to rack up 7.8 million total engagements. 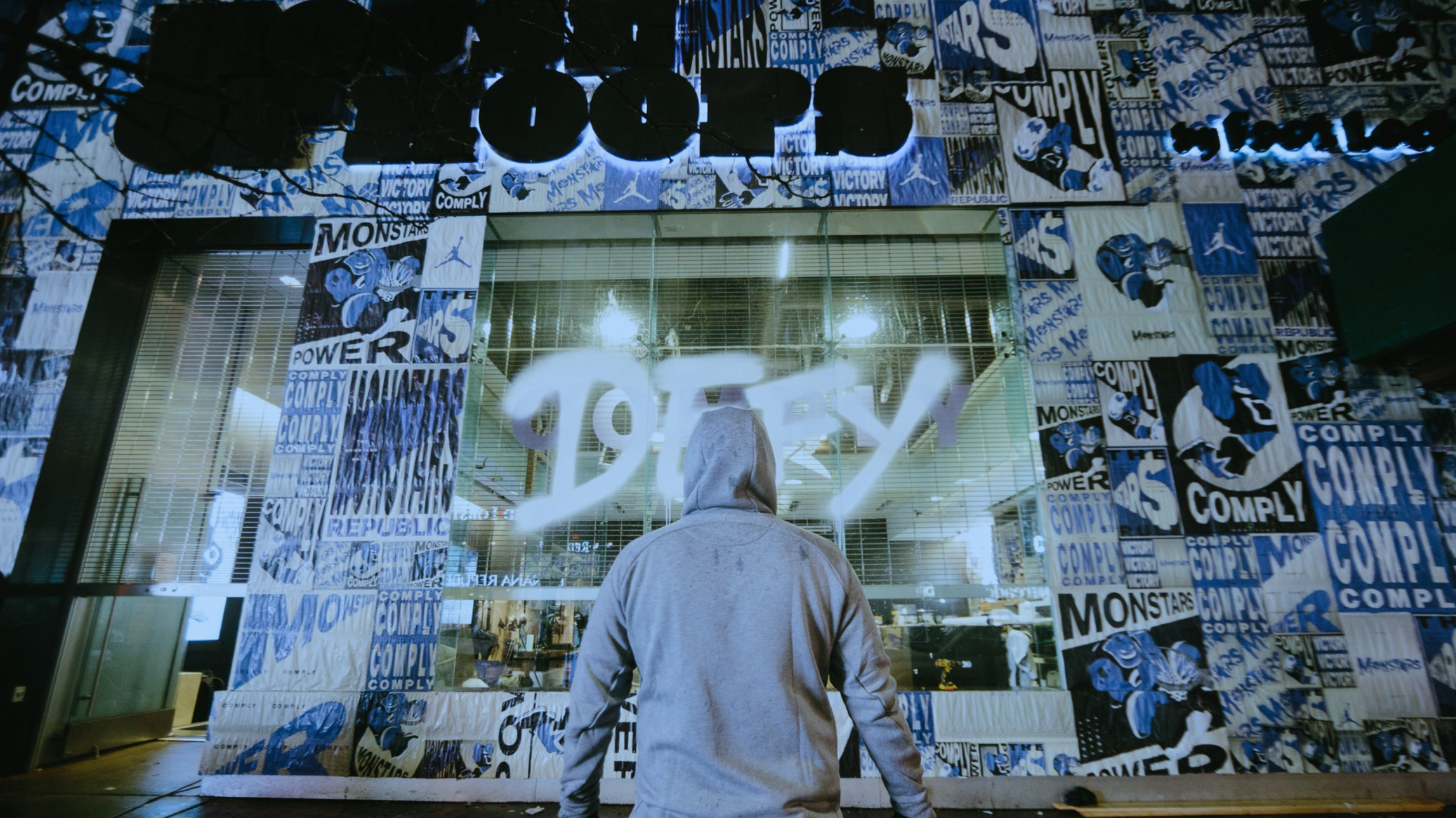 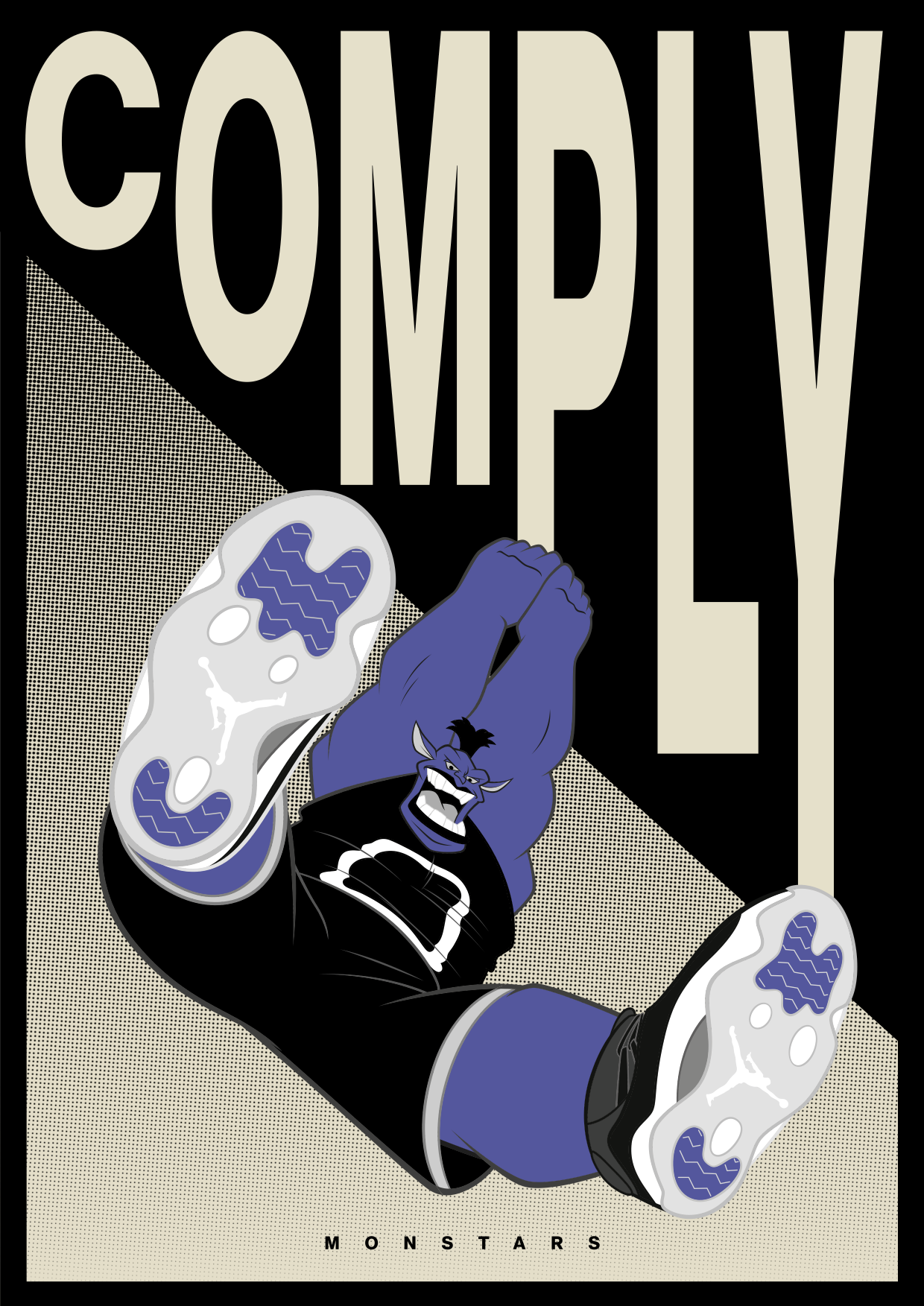 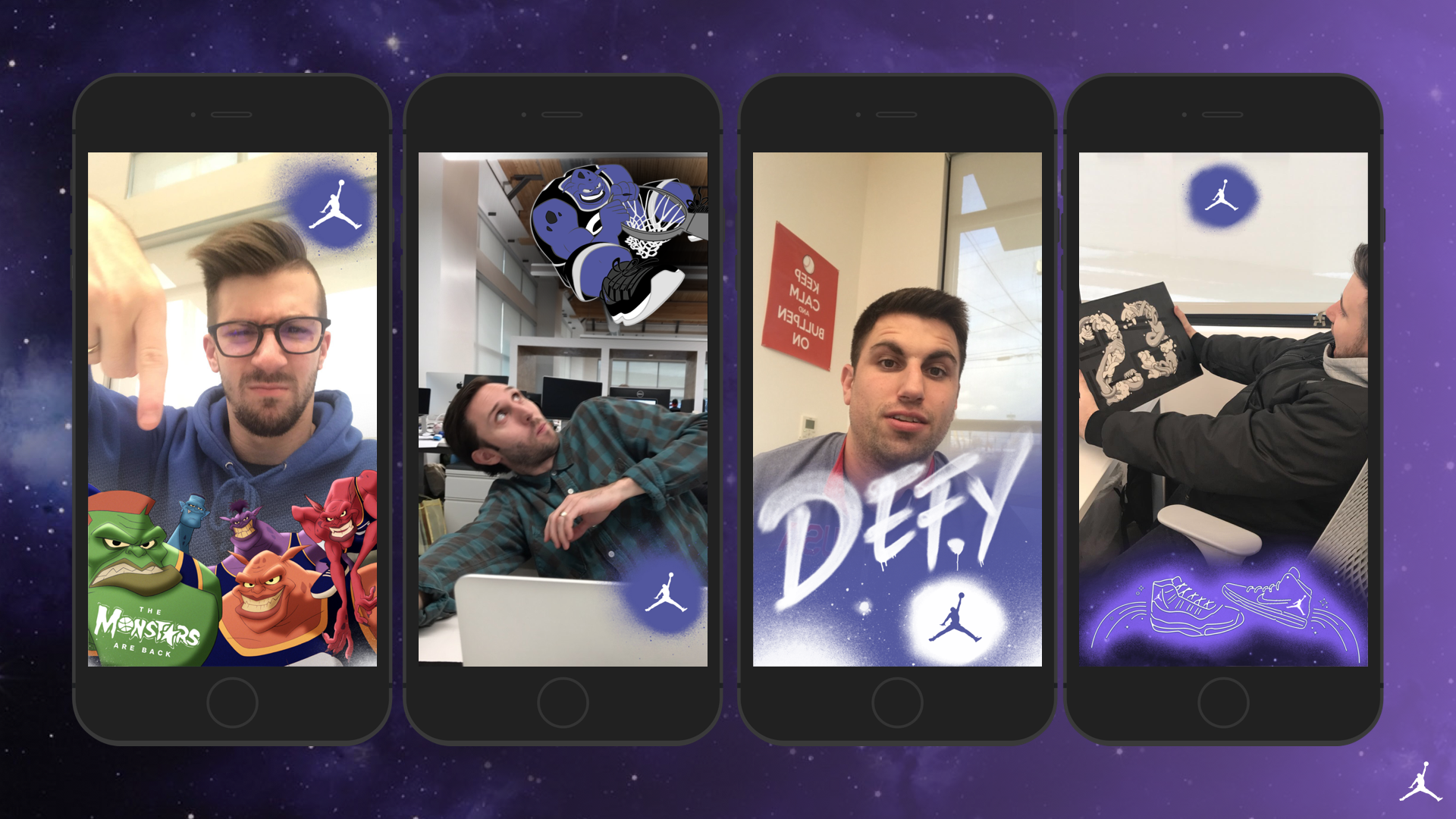 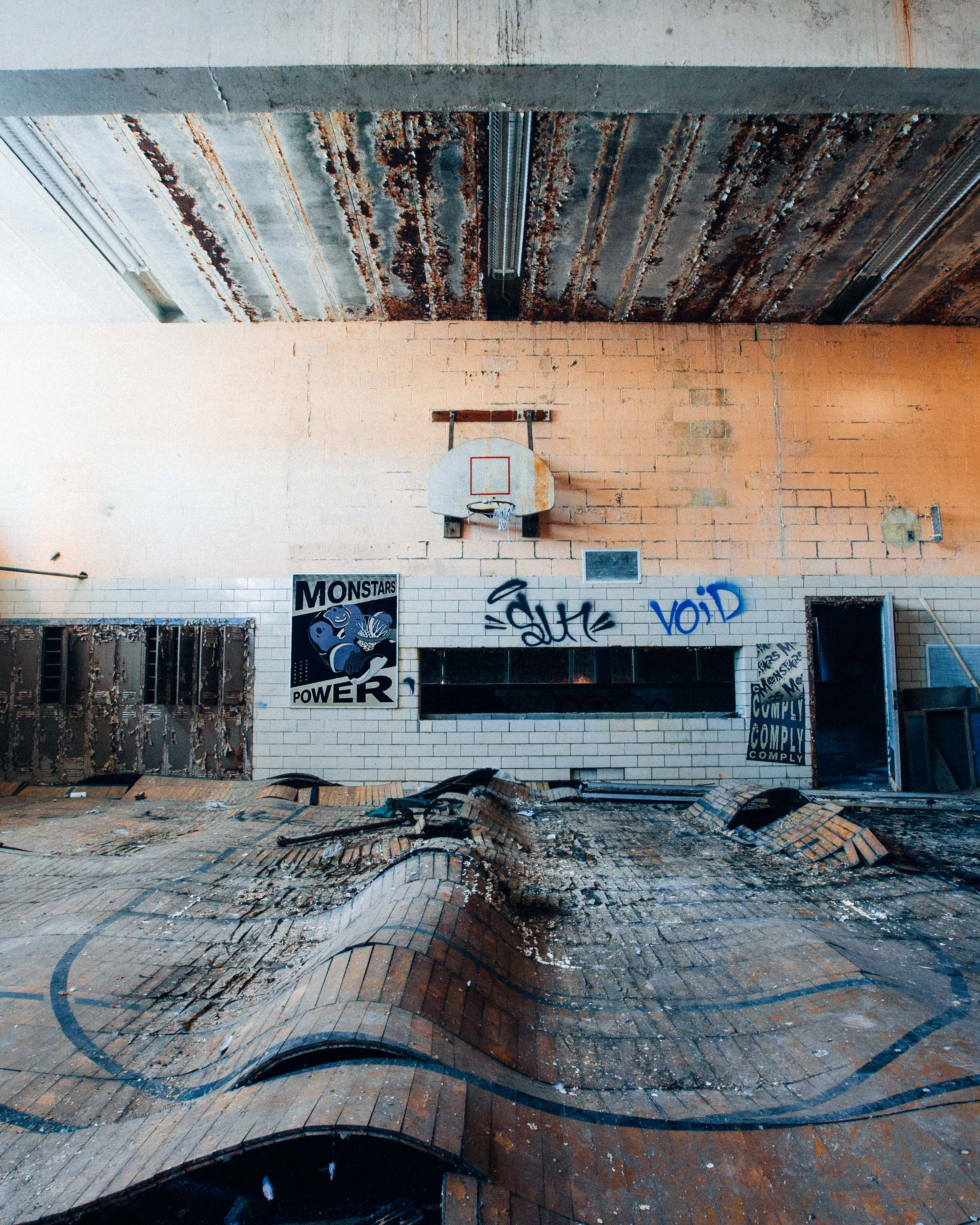 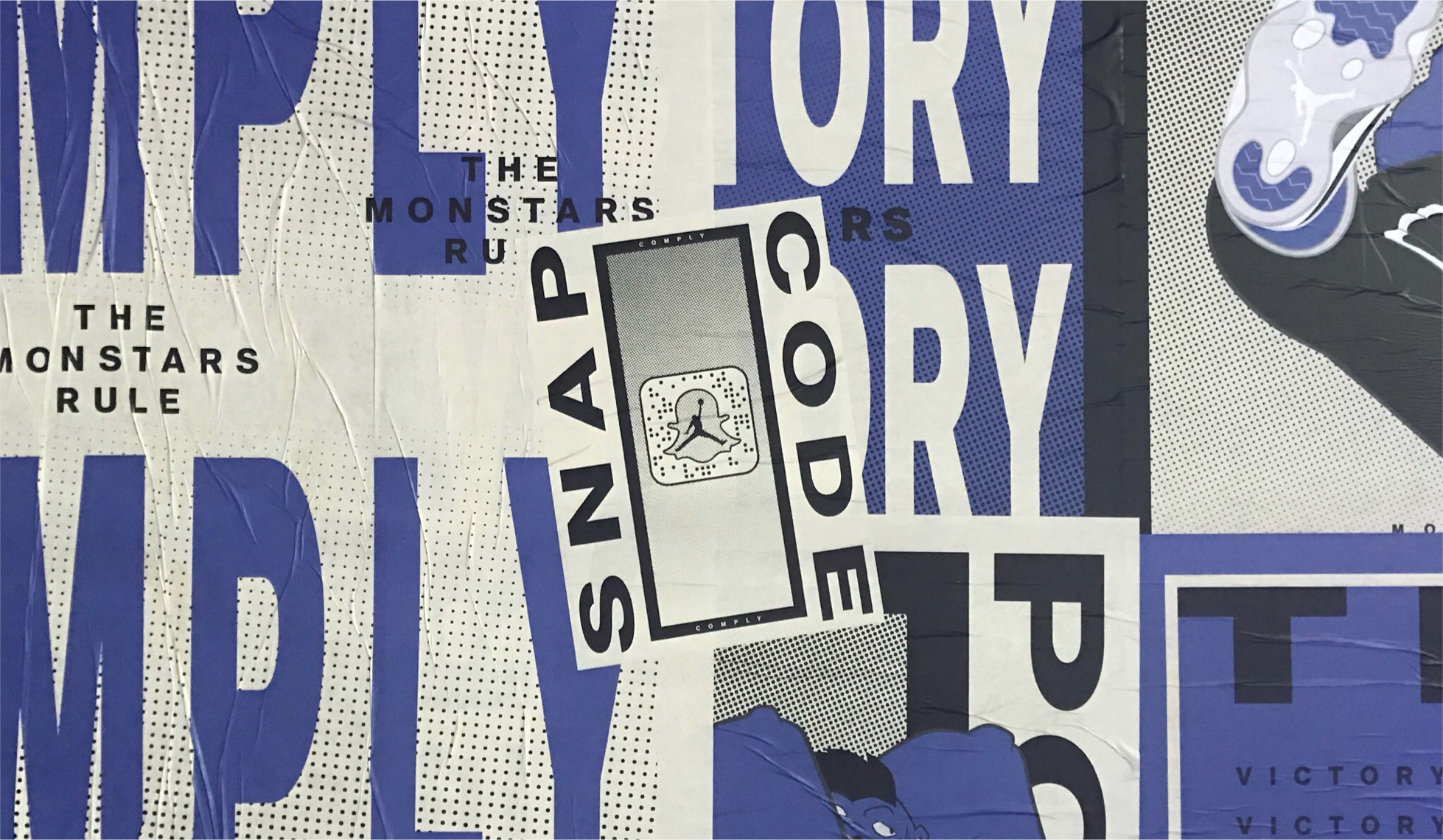 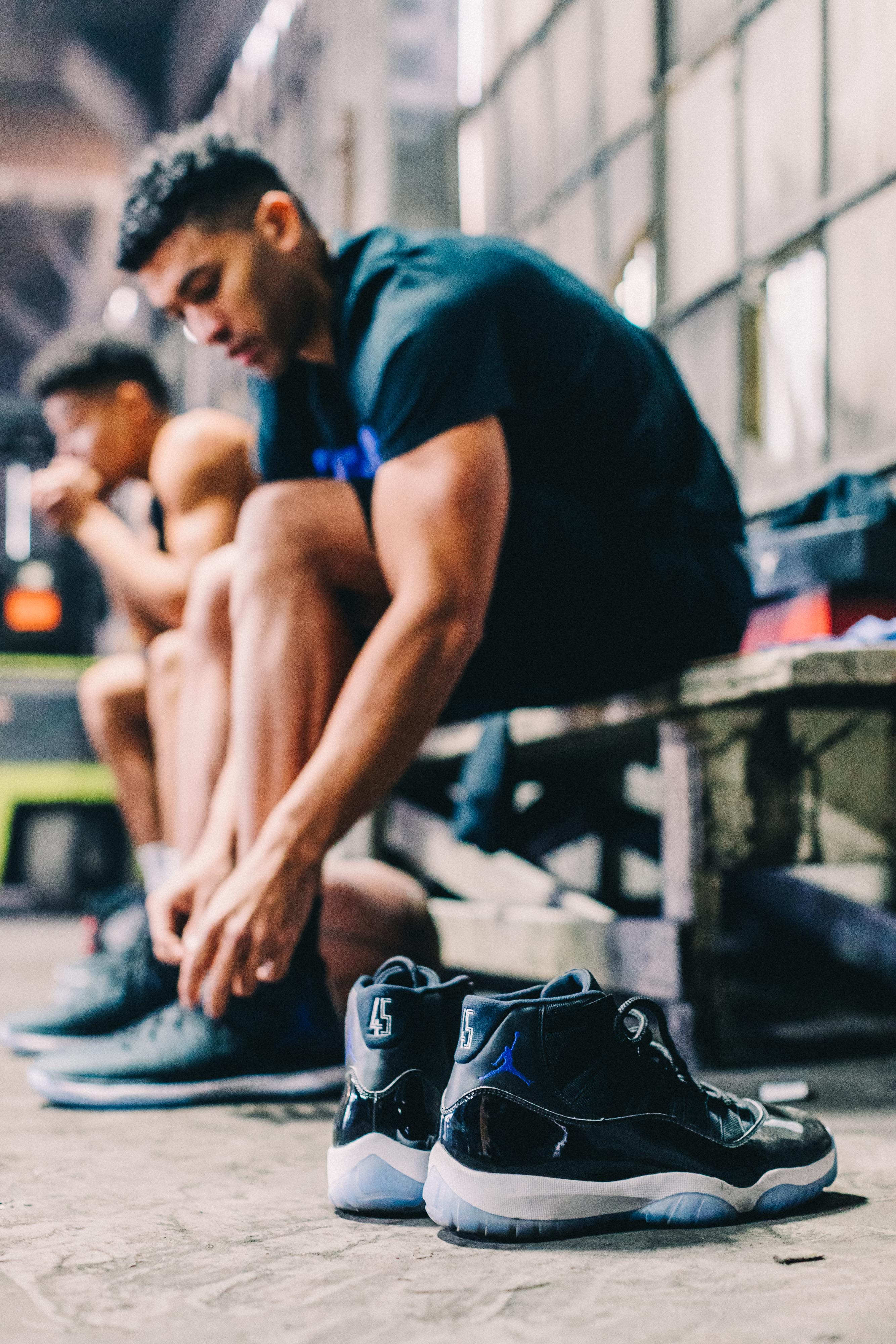 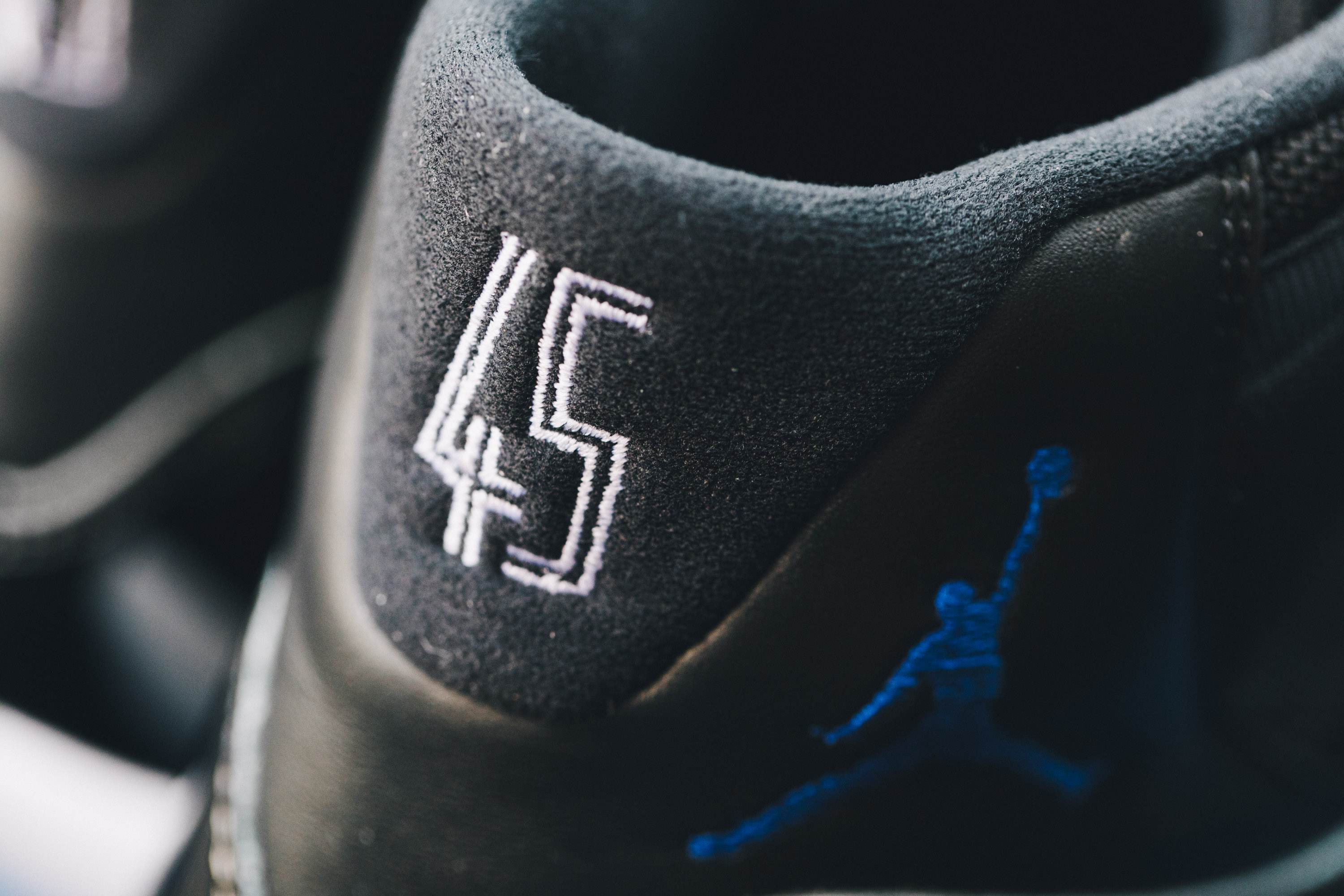