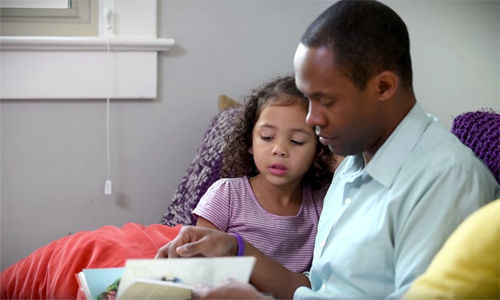 Over the past several years, the Human Rights Campaign, the nation's largest LGBTQ civil rights organization, has seen dramatic gains in transgender visibility and acceptance. Despite this increase, we have seen a slew of hateful anti-transgender legislation and an epidemic of violence against transgender women of color across the nation. As part of this important arc in the fight for transgender equality, HRC wanted to recognize advocates who have put their stories forward, often despite extreme challenges: The fathers of transgender children.

Parental support is a key component in the fight for full equality for transgender and gender-expansive youth. When parents and families support and affirm transgender children, they help create a safer and more accepting world for them.

HRC wanted to highlight this positive impact and the inspirational stories of several parents. Research has shown that coming out – whether it is as lesbian, gay, bisexual, transgender, queer or allied – matters. When people know someone who is LGBTQ or allied, they are more likely to support equality. Beyond that, these stories can be a powerful demonstration of support.

HRC followed up on this viral campaign with the first-of-its-kind web video series exclusively featuring dads of transgender children describing their experiences. Unlike the mom videos, these videos specifically highlighted the fear and hurt their families face due to anti-transgender prejudice and policies.

HRC strategically released the emotional videos during the Republican National Convention, where delegates adopted the most anti-LGBTQ platform in their party's history, including a plank opposing the transgender equality.

Over the next several weeks, HRC kicked off our Dads for Transgender Equality campaign, releasing five videos highlighting four different fathers across the nation that are standing up for transgender equality.

The videos were the first of their kind, highlighting transgender youth across the nation and their spectacular dads who are standing up and speaking out. Each video is more emotional than the last, gaining hundreds of thousands of comments, likes and shares instantaneously across social media.

The four dads are parents to transgender boys and girls of all ages who have become vocal advocates for transgender equality. It was easy to relate to them and their powerful testimonials.

Each video was highlighted individually on HRC's blog and social networks. They were released strategically, highlighting personal and emotional quotes from each dad and what made his story and commitment unique. They were shared again in partnership with Upworthy, ensuring that videos had a broad reach outside of HRC's own social media feed.

HRC placed an op-ed in TIME magazine conjunction with the Dads for Transgender Equality video, where one of the dads, Wayne Maines, says, "transgender children and adults are the strongest and most courageous people I have ever met, but I worry about my daughter's future every day. I worry because, to this day, transgender people are denied the same rights as their peers. I worry because transgender people face significant fear and discrimination. […] I worry because some Republican politicians have decided that it's good politics to target a vulnerable group of people that includes my daughter."

Even following the success of the Moms for Transgender Equality campaign, this campaign went above everyone's expectations. The videos combined had millions of views from around the globe and reached more than six million people through HRC's Facebook page alone. Upworthy shared the videos, gathering countless emotional comments in support of these spectacular dads. The videos gave a face and name to the issues facing transgender children, creating a dialogue around how to better support and advocate for transgender youth and their families. Months after they were posted, the videos continue to receive interactions.

" Joe, I am so happy to see you embracing your son for who he is. He's lucky to have a supportive family and a community surrounding him with love." Stephanie Marshall-Horry

"Powerful. Absolutely powerful…This video piece is especially touching hearing these father's perspectives and their commitment to making their child's life be lived to the fullest. Isn't that what it is all about? Special shoutout to Wayne and JR whose thoughtful and insightful words speaks to the love of their child. May we all embrace their words." Sandy Thompson

"You should be nominated (and win) Dad of the Decade! The love you have for your children, gay, straight, trans... supercedes everything. You are truly a role model !!!" Scott Sanderford

Not long after the videos premiered, HRC launched a Parents for Transgender Equality Council, a coalition of the nation's leading parent-advocates working for equality for transgender people.

Video for Dads for Transgender Equality 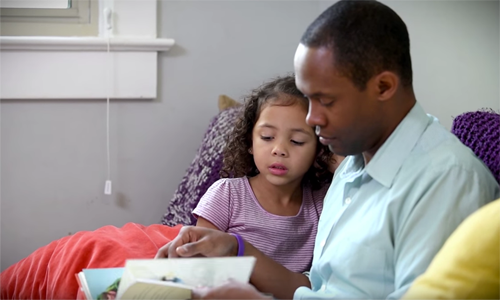