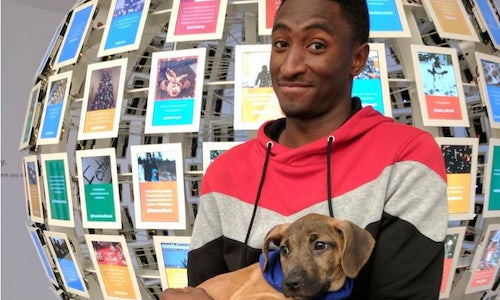 The holiday season. A time to celebrate with family and friends, reflect, and of course, give and receive. As a new kid on the retail block, Google Store aimed to make a splash to raise brand awareness and drive sales, in the most Googly of ways.

Research shows that holidays around the world are filled with beloved traditions, but it's also a time when stress levels run high. To stand out in a crowded market, Google Store needed to forge its own path to "winning" the holiday retail season by delighting customers without adding stress.

While diverse and varied in execution, holiday traditions are common to all. They are celebrated with friends, family, pets, or even alone. What if Google Store celebrated its customers' traditions first, instead of pushing product offers and promos?

Enter #HolidaysByUs. A user-generated content and engagement campaign that would prompt users to share their holiday traditions with Google Store. In return, Google Store would surprise-and-delight users with custom responses and giveaways. The campaign would culminate with a popular tech influencer hosting a live Periscope to celebrate the user-submitted traditions and reveal the ultimate surprise-and-delight in real-time.

Next, Google Store and influencers invited fans to share pictures of their own holiday traditions using #HolidaysByUs for a surprise. Google Store then replied with high-volume 1:1 engagement using custom gifs featuring fan-submitted photos, and even surprise and delighted some lucky fans. A paid Twitter campaign and customer email blast were used to drive reach and scale to target audiences.

Previous campaign learnings proved that Google Store had a highly engaged audience that were willing to interact with the brand through Periscope. For the grand finale, Google Store delighted fans even further. Tech-influencer and Google-enthusiast, Marques Brownlee hosted a Google Store #HolidaysByUs Periscope bringing fans into the Google pop-up space. There, he highlighted Google Store's awesome tech and made shout-outs to specific fans who submitted their traditions. The brand took it a step further by bringing more Google magic to the campaign. How? By showcasing a long-standing Google tradition of friendship with man's best friend by having adorable, adoptable puppies select prizes for some lucky fans. Doesn't get much cuter than that.

Google Store accomplished making the fans the center of the season through holiday delight. 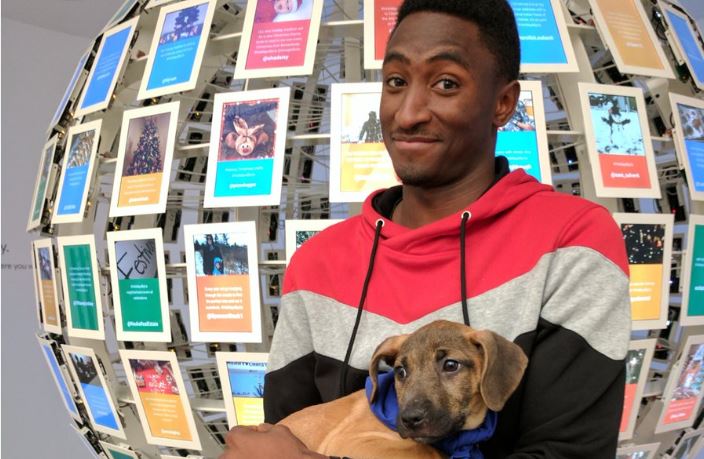